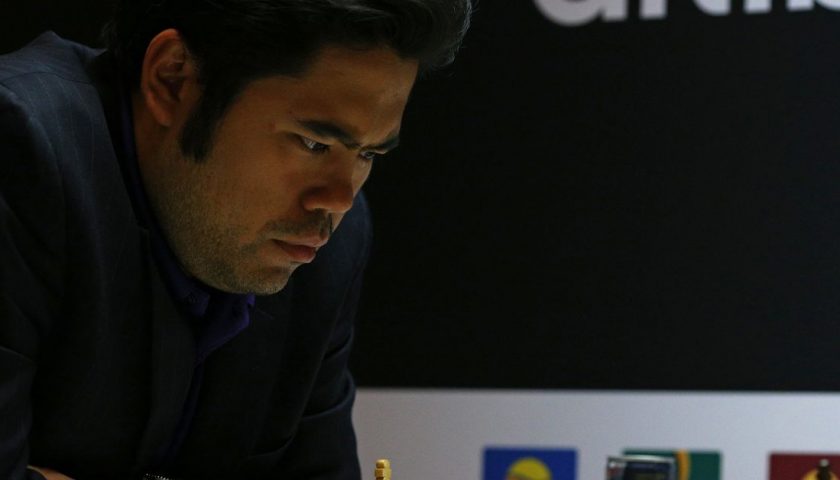 Chess is a popular part of Twitch, with an online community that discusses strategies, tournaments, and rankings. That part of the internet is currently on fire thanks to a back-and-forth between two high-level players that includes copyright claims, accusations of harassment, and even a fistfight.

The pandemic led to a big boom in popularity for chess thanks to streamers and personalities picking up the game, as well as more online infrastructure for tournaments. Fans watch countless hours on Twitch each month, with individual streamers racking up tens of thousands of concurrent viewers. One of the most visible figures within the chess community is Hikaru Nakamura.

Nakamura is a five-time U.S. Chess Champion; the biggest chess streamer on Twitch; a member of prominent esports organization TSM; and the highest-ranked player in Blitz, a speedy version of chess with timers on each turn. He is a central figure in this drama, along with a smaller streamer, Eric Hansen, a Canadian grandmaster who runs the educational Chessbrah Twitch channel.

Hansen and Nakamura have competed against one another before, as they’re both long-standing members of the competitive chess community. Hansen and Nakamura had a Blitz match near the end of March in which the two players miscommunicated. Hansen offered Nakamura a draw, which Nakamura denied. Nakamura offered Hansen a draw shortly afterward, which Hansen did not see. Nakamura let the clock run out on the Blitz in protest.

Nakamura accused Hansen of trying to win via “flagging,” which is a tactic in which one player simply runs down the other player’s clock while avoiding a checkmate. It is a legitimate strategy, although it’s often seen as cheesy by people within the chess community. Both players were streaming the match, making it possible for viewers to see both perspectives.

Nakamura argued that Hansen should have accepted the draw, and that choosing to continue the game and then winning via flagging was poor etiquette. Other chess commentators noted that Nakamura has previously won games via flagging.

In response, people who shared video of the match and player cams — including Hansen — received copyright strikes that were attributed to Nakamura. Hansen did not reply to a request for comment. Polygon reached out to TSM for comment on Nakamura’s behalf, but did not receive a response in time for press.

One of Nakamura’s Twitch moderators claimed that the copyright strikes were made through a third party on behalf of Nakamura — specifically, Bent Pixels, which has a partnership with TSM.

Hansen discussed the issue in depth during a three-hour stream on April 7, saying that Nakamura had a long history of toxic and violent behavior in the competitive chess community. Hansen also said that his channel is being held hostage by copyright strikes, alleging that Nakamura will file takedowns against any videos containing a negative depiction of his behavior or image. During the stream, Hansen also discussed a physical fight from 2018 that happened at a party in St. Louis after a drunken Blitz match, which is part of what has the chess community reeling. The footage was recently released in full on YouTube, and shows other prominent chess players at the party during the conflict. While the rivalry between Hansen and Nakamura has been public for a while now, news of the fight — not to mention footage — has cast the friction between them in a new light for fans.

The video starts innocently enough, with both men playing chess as others watch. Then, the scene shifts, and both of them are brawling on the street. Hansen appears to choke Nakamura while onlookers make jokes and even call out suggestions to the two of them. The fight appears to end without the arrival of police or outside intervention.

Since Nakamura is a prominent member of the chess community, and arguably the face of competitive chess online, this is a high-profile conflict. Some members of the chess community are choosing not to comment; large forums like chess.com or the chess subreddit are forced to moderate the discussion. Other communities, like the Anarchy Chess subreddit, are going wild with memes about the controversy. The entire affair is a reminder that no matter how innocent or mundane a community appears to be from the outside, it’s always complex and multifaceted for those involved.

We will update this article should Polygon receive comment from TSM or Hansen.