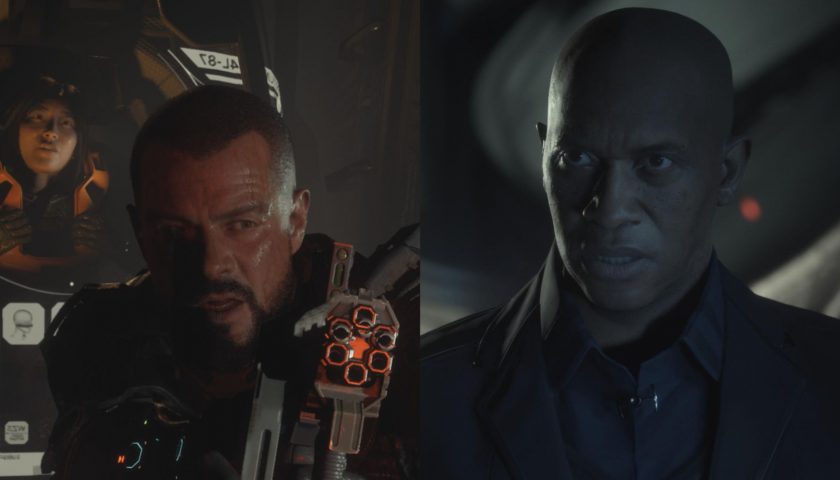 Once he gets locked up at the start of The Callisto Protocol, Jacob's sole objective is to escape the prison. It seems like a simple tale of survival and perseverance, but it actually turns out to be more complicated than that.

Taking a page out of Resident Evil's book, the narrative becomes about conspiracies and villains with wild ideas, and in the end, there's a lot going on in the story. So much so that it can be hard to follow it all. To help with the confusion, here is an explanation of everything that plays into the game's final moments.

Jacob's Role In The Europa Outbreak 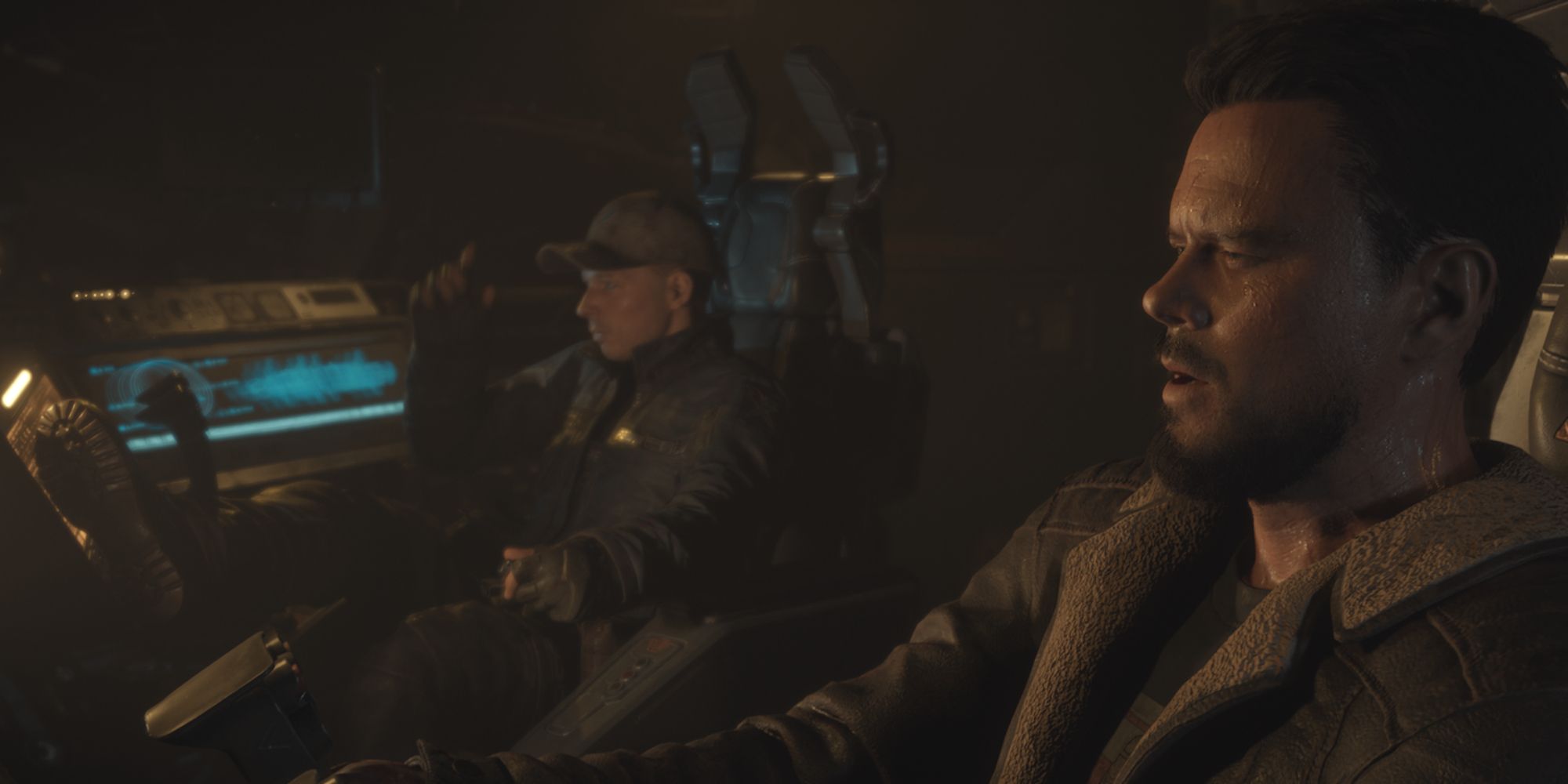 In the early hours of the game, Dani has an issue with Jacob, as she thinks he's responsible for the outbreak on Europa and the subsequent death of her sister. This is because he used to transport goods for the United Jupiter Company (UJC), and Dani thinks he delivered the virus.

Jacob swears he is innocent, and she even starts to believe him over time, especially after she sees that his last delivery seemingly only contained medical supplies.

However, when Jacob acquires Dani's memories of Europa, he begins to have visions of that fateful day when she found her dead sister. This makes him remember the delivery he made to Europa.

The package he was transporting contained some suspicious black tubes that Jacob ignored because he thought it was none of his business. All he cared about was doing his job and getting paid. So, while he's not directly responsible for Europa, his failure to act did indirectly cause the outbreak. 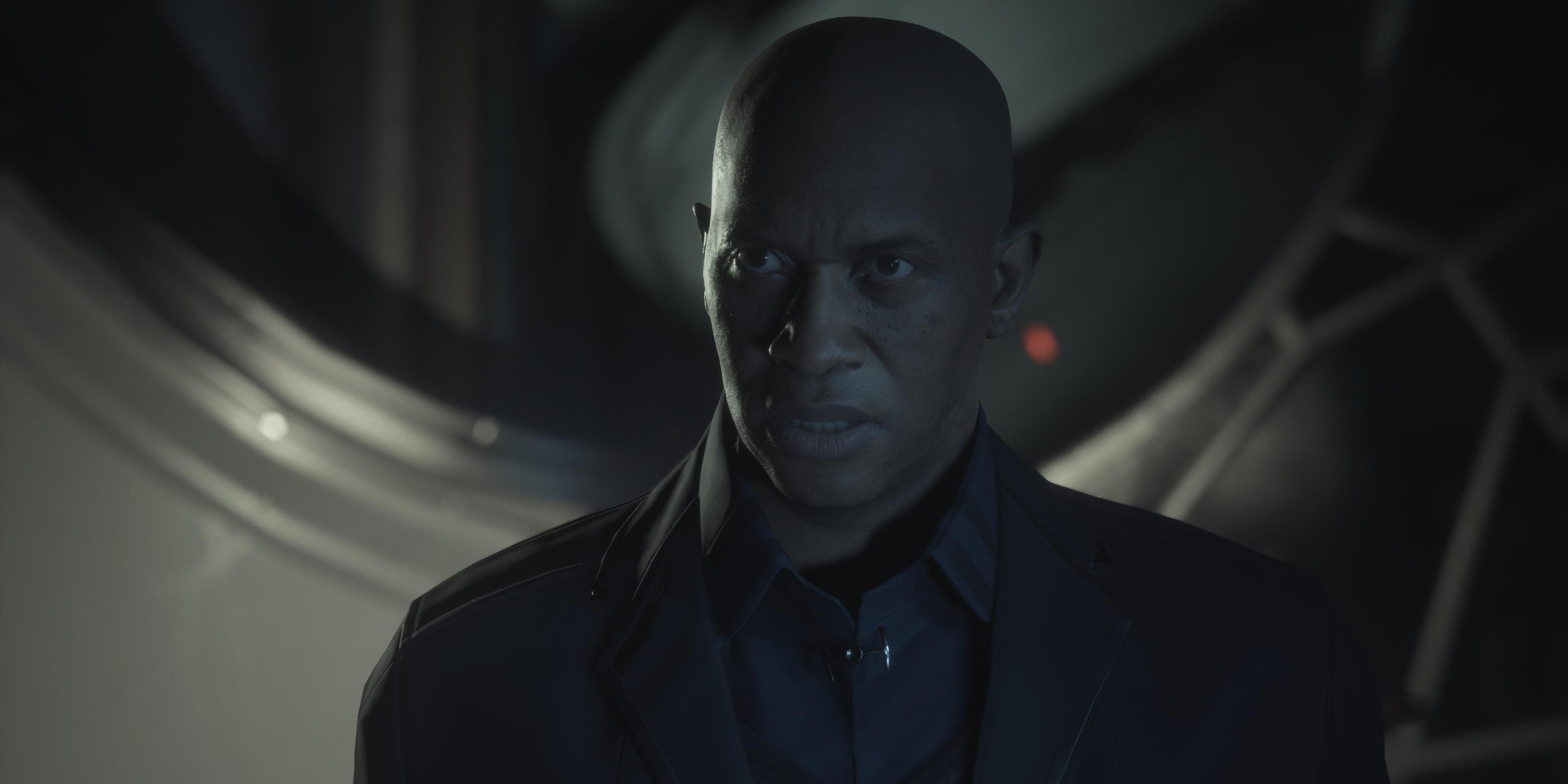 The Warden of the prison, Duncan Cole, is the person who unleashes the virus on the Black Iron prison. He does so in an attempt to re-create the conditions of the original outbreak. This is because he wants to create another Subject Zero.

Subject Zero got the name because when he was infected with the Biophage, he didn't transform into a brainless monster. Instead, he mostly retained his humanity, while gaining superhuman powers, such as increased strength and resilience. Yet, he was eventually killed.

The Warden wanted this superhuman being, as he saw it as the next stage of human evolution. He sort of gets what he wants in Captain Ferris, who reacts differently to the virus than most victims and doesn't immediately transform into a rampaging creature. So, he is dubbed Subject Alpha.

In the final boss fight of the game, Cole has Jacob face Ferris to test the abilities of the latter. During the battle, though, Ferris transforms and seems to lose much of his humanity in the process. 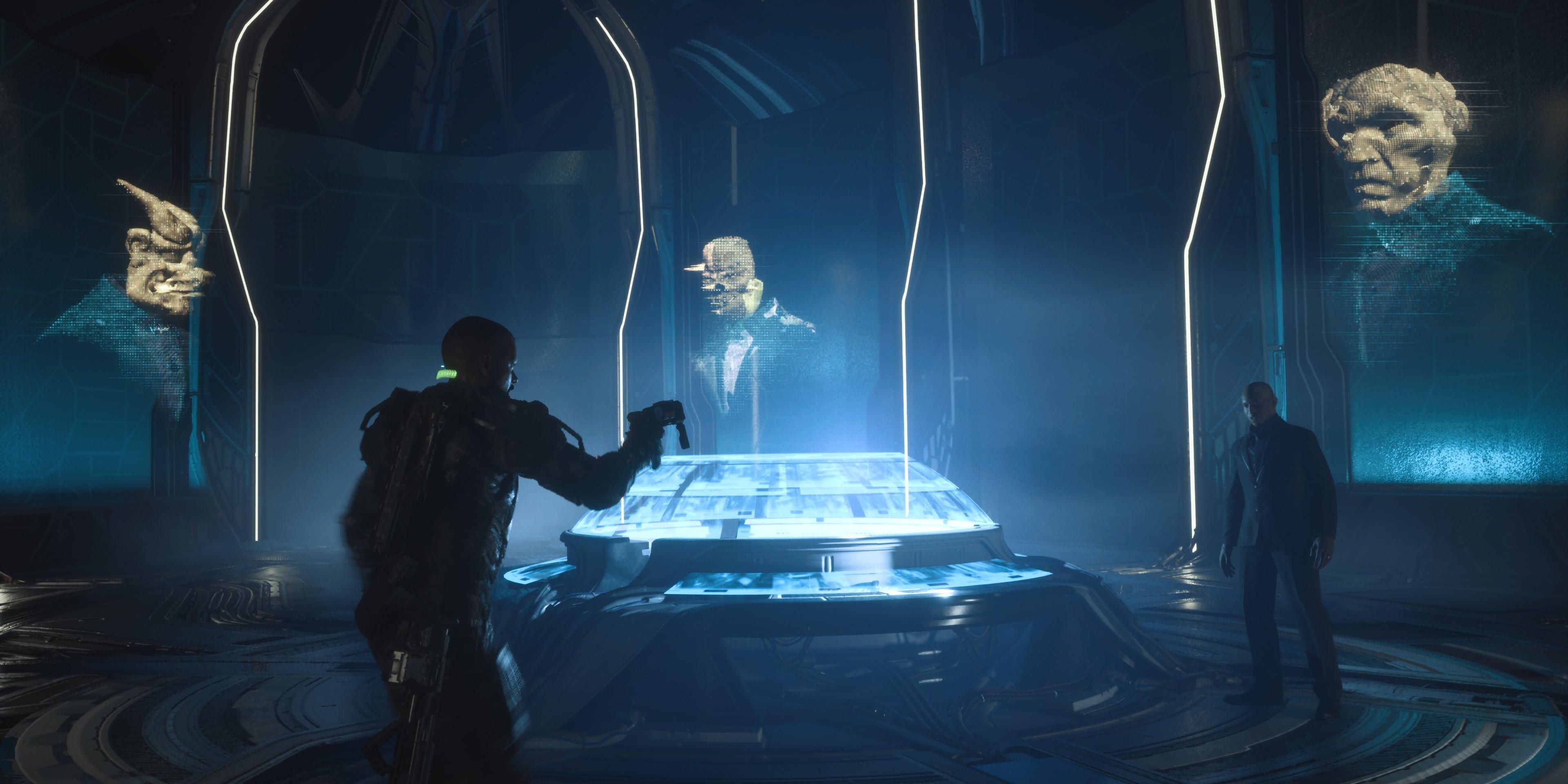 While Duncan Cole works for the UJC, he's also a part of another organization. This one is called The Commonality. Not a whole lot is known about the group, but they're a secret society that shares the same goal of human evolution as Cole. They believe people must evolve to give humanity a chance to live in space.

Cole is the only member Jacob meets during the game – as far as he knows. But when he confronts Cole before the last boss, he does get a glimpse of some other members. This is because they're having a meeting when the protagonist enters the room. He doesn't get to really see their faces, though, as they're all wearing fancy masks. 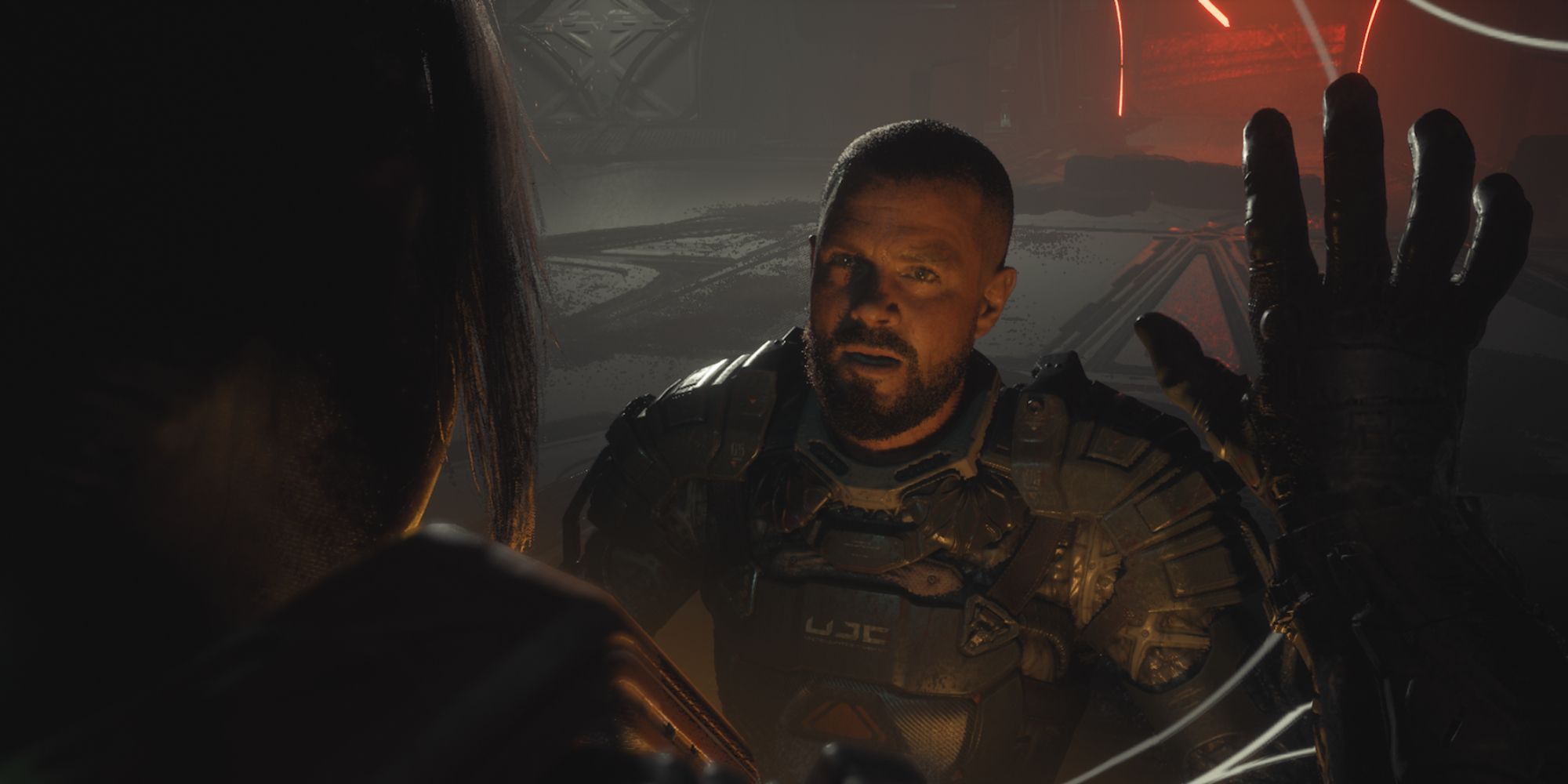 The relationship between Jacob and Dani grows during the story. Initially, they hate one another and actually cause each other to get locked up in Black Iron Prison.

Yet, when Dani begins to doubt that Jacob caused the outbreak on Europa, she starts being kinder to him. And once Jacob realizes that Dani and her guerilla group, The Outer Way, were framed for the previous outbreak, he starts to sympathize with her.

Eventually, they become good friends. So much so that when Dani becomes infected with the virus, Jacob becomes determined to find her a cure. He succeeds by making one using the syringe given to him by Dr. Mahler and DNA extract from the defeated Captain Ferris.

During this time, though, another major thing happens between the two characters, as Dr. Mahler syncs their memories. This allows Jacob to see what happened on Europa. But there's more to it than that.

After Dani is cured, the two rush to flee the facility as the self-destruct sequence is activated. There's only one escape pod, so Jacob puts Dani inside, gives her a sample of the virus to prove what Cole is doing, and shoots her into space.

At this moment, the link between Jacob and Dani fully syncs. Therefore, she gets his memories, meaning she knows about his role in the Europa outbreak and everything he saw or heard during the adventure, which includes The Commonality's plans. 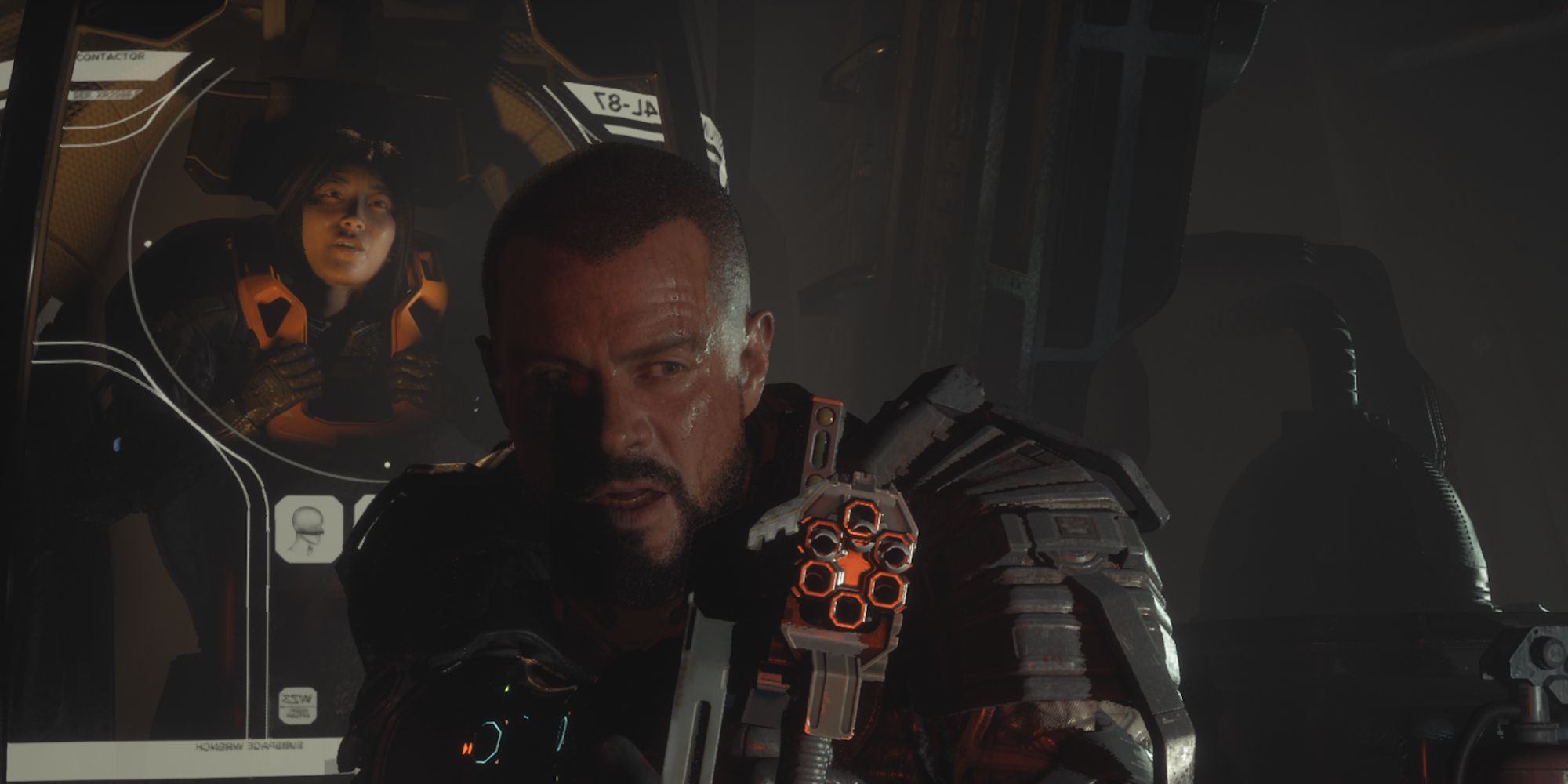 After Dani leaves, Jacob keeps fighting monsters, accepting that he doesn't have a way to escape the prison. That is until Dr. Mahler pops up by hologram and claims there may be another way out – she is also still trapped on the planet. Right afterward, Captain Ferris's face appears one more time before the credits roll.

All of this seems to be setting up either a sequel or a piece of DLC content about Jacob and Dr. Mahler attempting to escape Black Iron. Yet, Captain Ferris's re-emergence is odd because he's not in the same form Jacob saw him in last. Instead, he looks like the more human and jacked-up version that the protagonist fights in the first phase of the final battle. The game offers no explanation of why that is the case.

Perhaps, that is not actually Ferris. Cole could've created multiple subjects. This would make sense since the villain wouldn't want to lose Subject Alpha like he lost Subject Zero. However, it's unclear if that would be possible, considering people who maintain some control over their body while infected with the Biophage are supposed to be rare. Alternatively, some parts of this scene might not be real. After all, Jacob does have several visions throughout the game.

These are just theories, of course, and only a DLC or sequel will be able to provide a true answer.