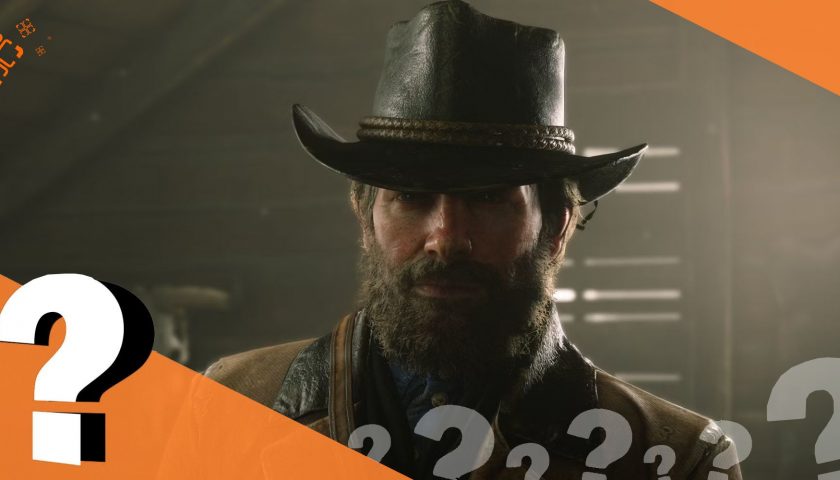 What makes a game perfect? That will mean something different to every player, but that's the beauty of it. We all go into games looking for something unique, and sometimes we just know that we've found the one that ticks all the boxes. 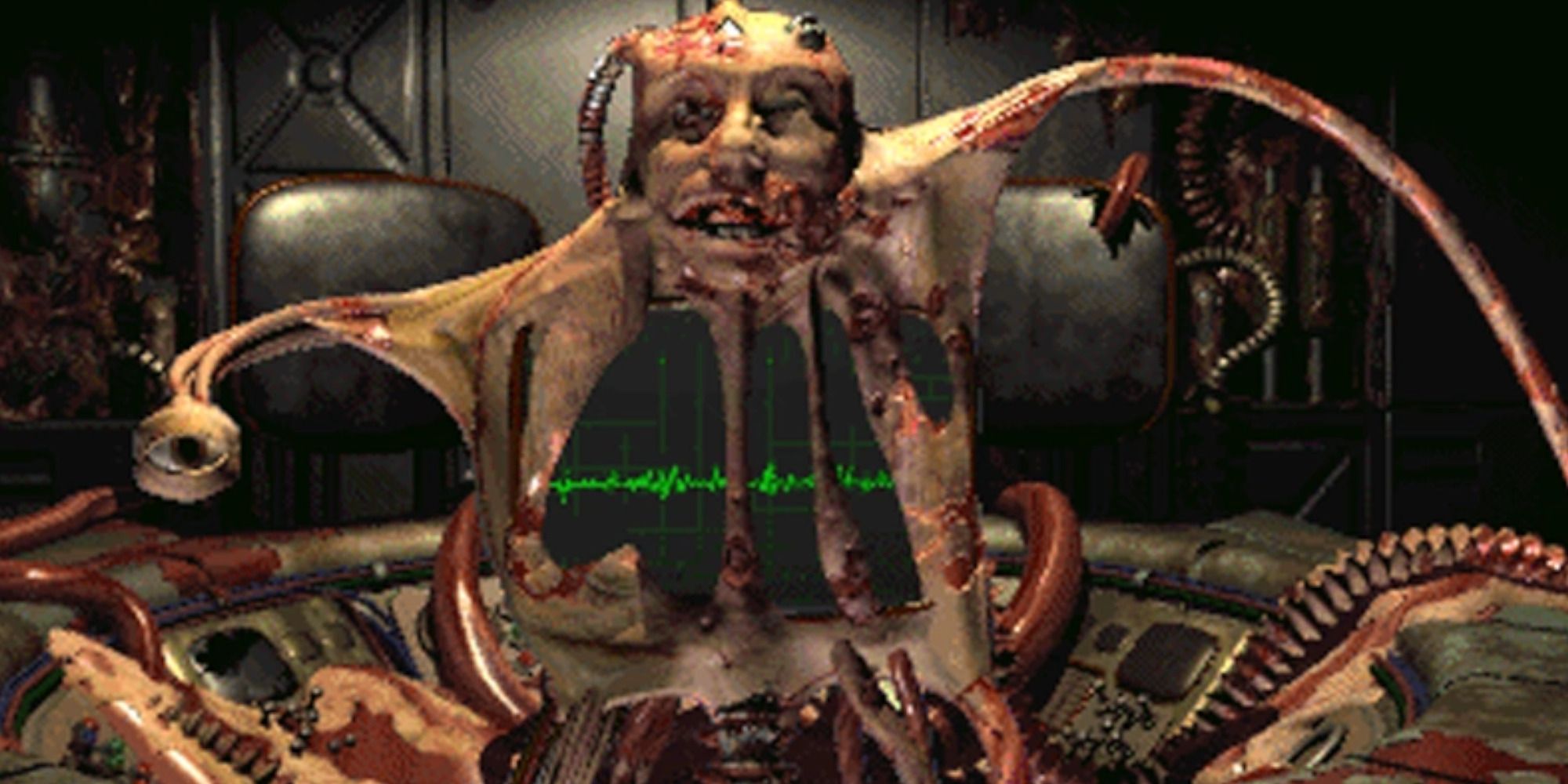 What makes a game a 10/10 is always a topic of debate. But rather than it be about breaking a game up into parts, rating each aspect of it individually, I say it’s more about the feel. And no game feels like an utter masterpiece quite like the original Fallout. Sure, if I was to talk about the gameplay and RPG mechanics, I would find issues. But when the credits roll, I don’t care about any of them. All I’m thinking about is the bittersweet journey of the Vault Dweller, exploring a fractured wasteland that feels beautifully disconnected in a way that no other open world has managed since. No matter how many times you have to reset because of a bad dice roll, you won’t care when you’re talking down the Master, trying to convince him that humanity deserves to live. 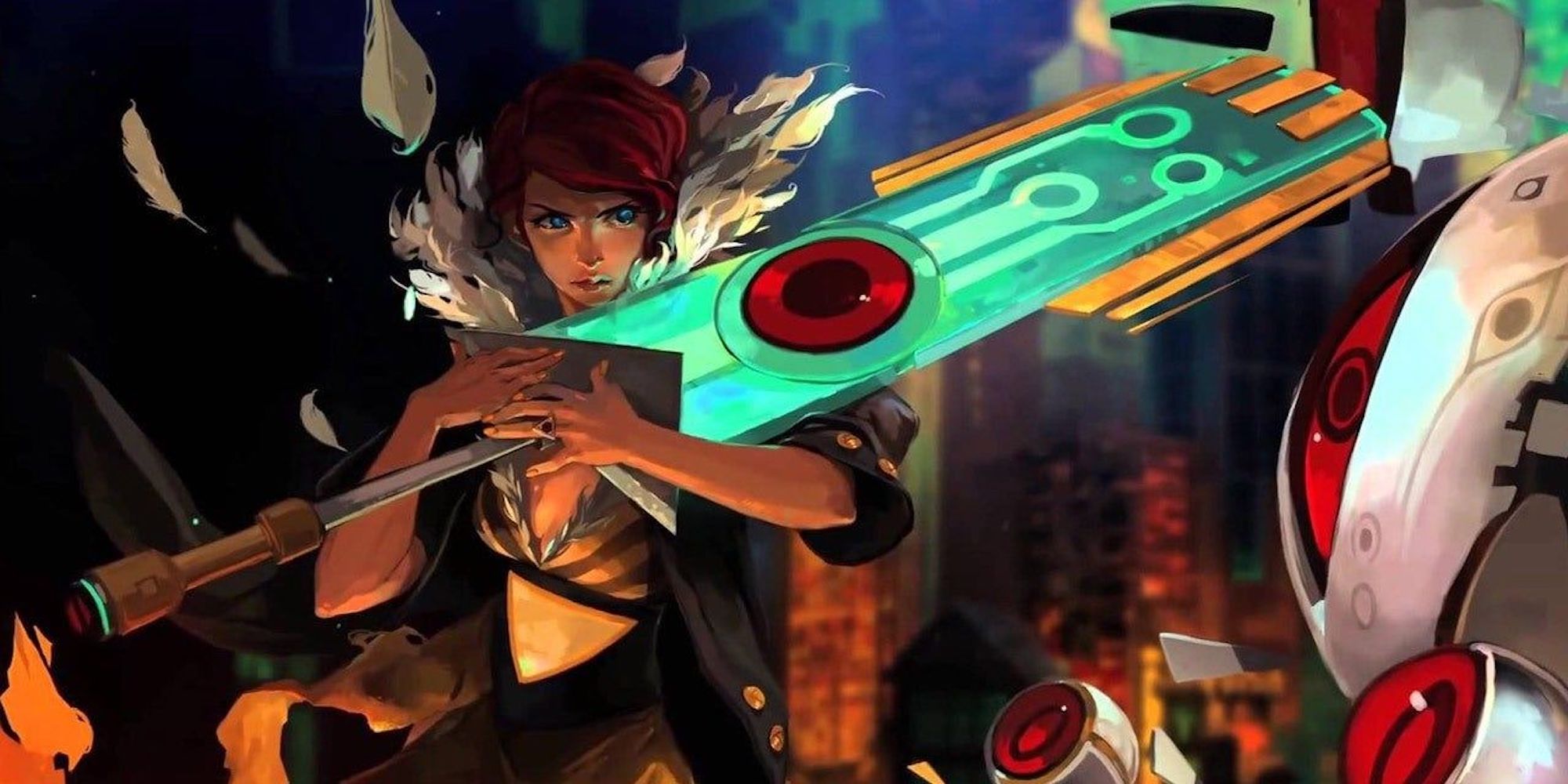 I still haven’t written about Transistor for the site properly. I listed it as my favourite indie game of all time, and I’d definitely give it a perfect score, but I’m so in awe of it I don’t know where I’d even begin with a proper critical evaluation. It questions the nature of democracy and artistry, love and death, resistance and submission. It’s a stunning experience with rich gameplay and a heartwrenching, thought provoking story, it’s just perfect. 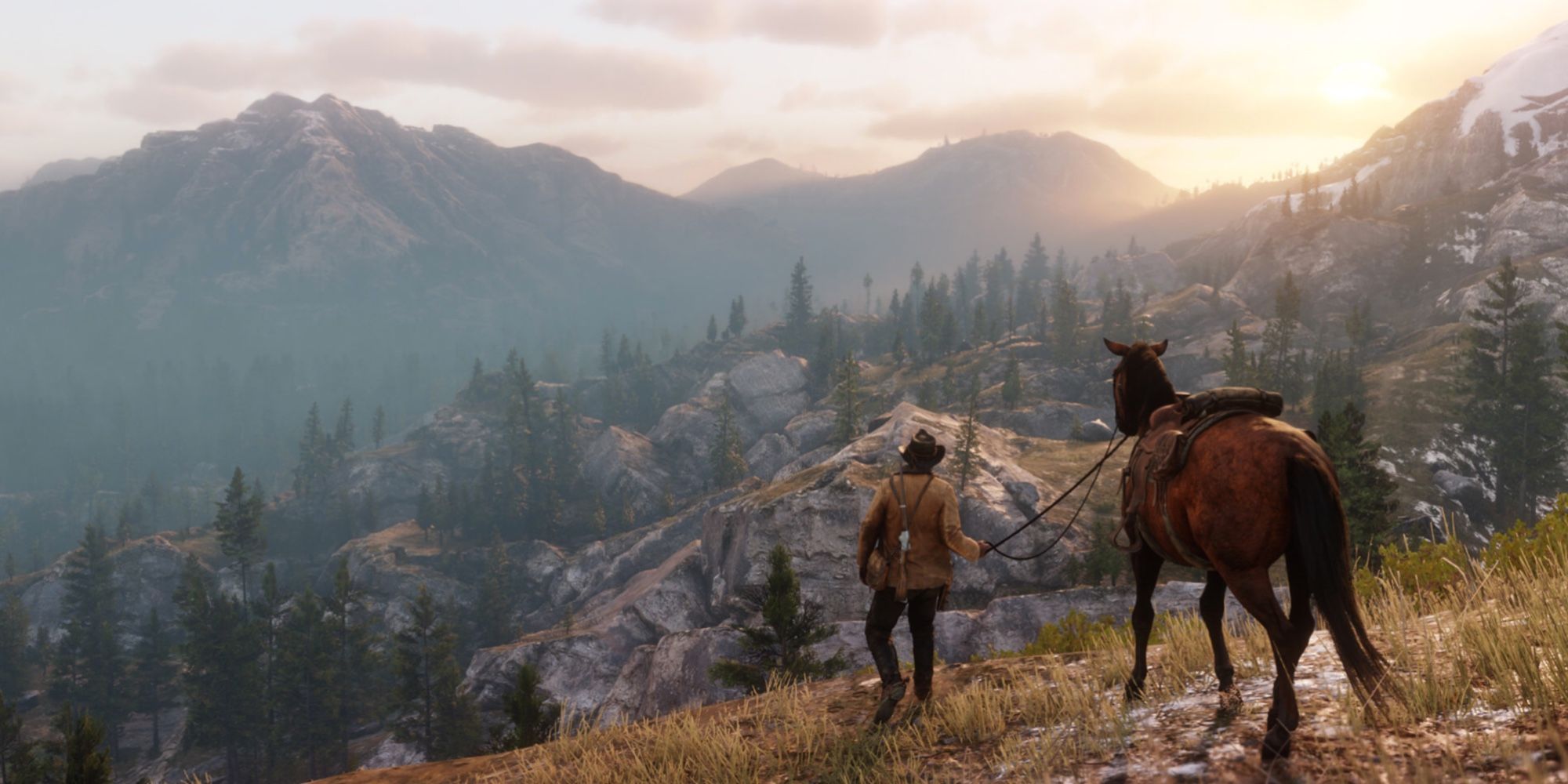 To me, Red Dead Redemption 2 is the greatest game of all time. Imperfections are easy to point out. It’s overlong, even without the epilogue. Missions are often too linear, auto-failing if you stray from the presupposed path. It presents choices, but the narrative lands best as honourable Arthur. I don’t care. Despite imperfections it is perfect. I think we’re too generous with perfect scores in gaming, too ready to swoon at pretty graphics, too impressed by studios and franchises, too much of a fan to be objective. But I think on a technical level, on a narrative level, and as a matter of scope, Red Dead Redemption 2 should be held up as the best our medium can do. In a world of hyperbole and hype, Red Dead Redemption 2 is worthy of its every accolade. It’s our The Godfather. 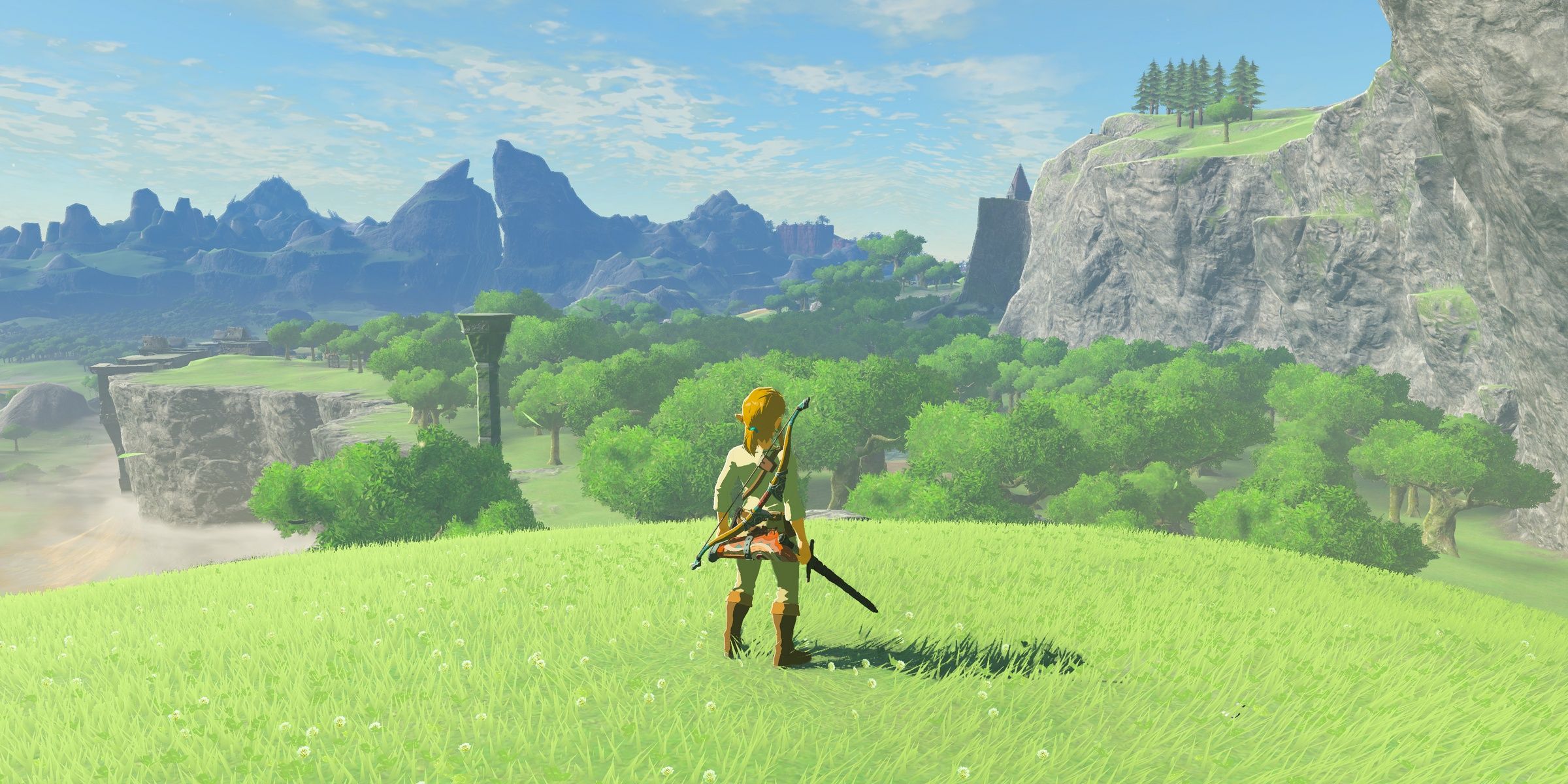 The Legend of Zelda: Breath of the Wild

In the time that I've been reviewing games, Elden Ring, The Last of Us Part 2, and Life is Strange 2: Episode 1 – all of which I scored north of nine – have come the closest to getting a 10/10. But, I didn't review The Legend of Zelda: Breath of the Wild. In fact, it came out as I was in the midst of my first ever review, Danganronpa 1.2 Reload, which ended up being late because I couldn't stop playing BOTW. Despite some minor flaws, nothing I've experienced in a game compares to the thrill I got from my initial 100+ hour playthrough. Combining the open-ended creativity of an immersive sim with the sense of adventure the series is known for, danger and discovery were hidden behind every corner. Breath of the Wild was the closest a game has come to making me feel like I was actually setting out on an epic journey. And, despite some imitators in the half-decade since its release, nothing else has managed to capture the alchemy Nintendo did here. 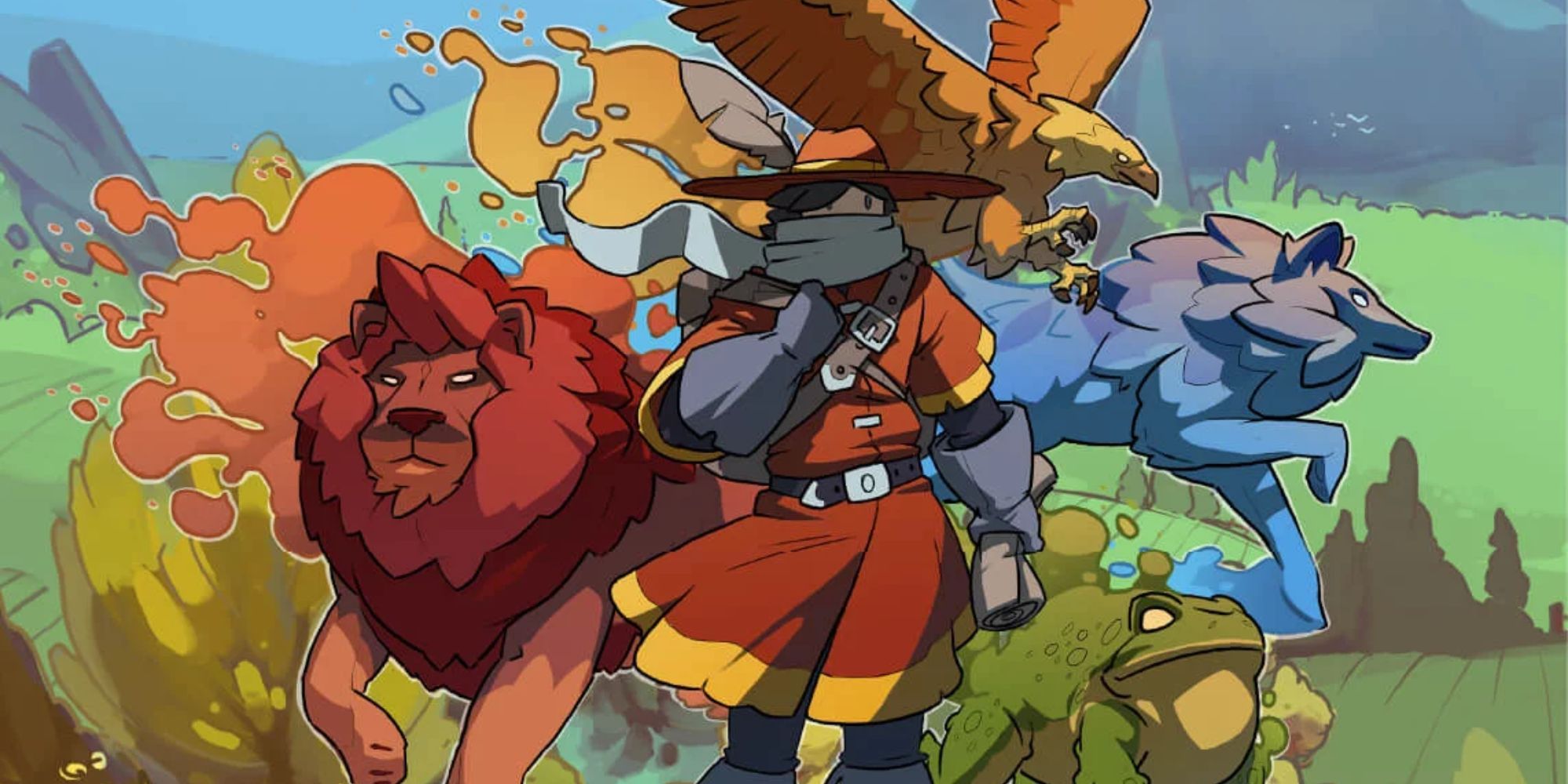 Having grown up on Pokemon and Dragon Warrior Monsters games, there’s something about games that let you amass an army of adorable critters that really speaks to my soul, and Monster Sanctuary is a game that hits the mark perfectly. It has a fantastic depth of complexity, a soundtrack that deserves awards, and sublime presentation. It balances Metroidvania-style exploration with satisfying combat encounters extremely well, and the love and care that the devs have poured into the game even after release make it one of the standouts of the last few years for me. 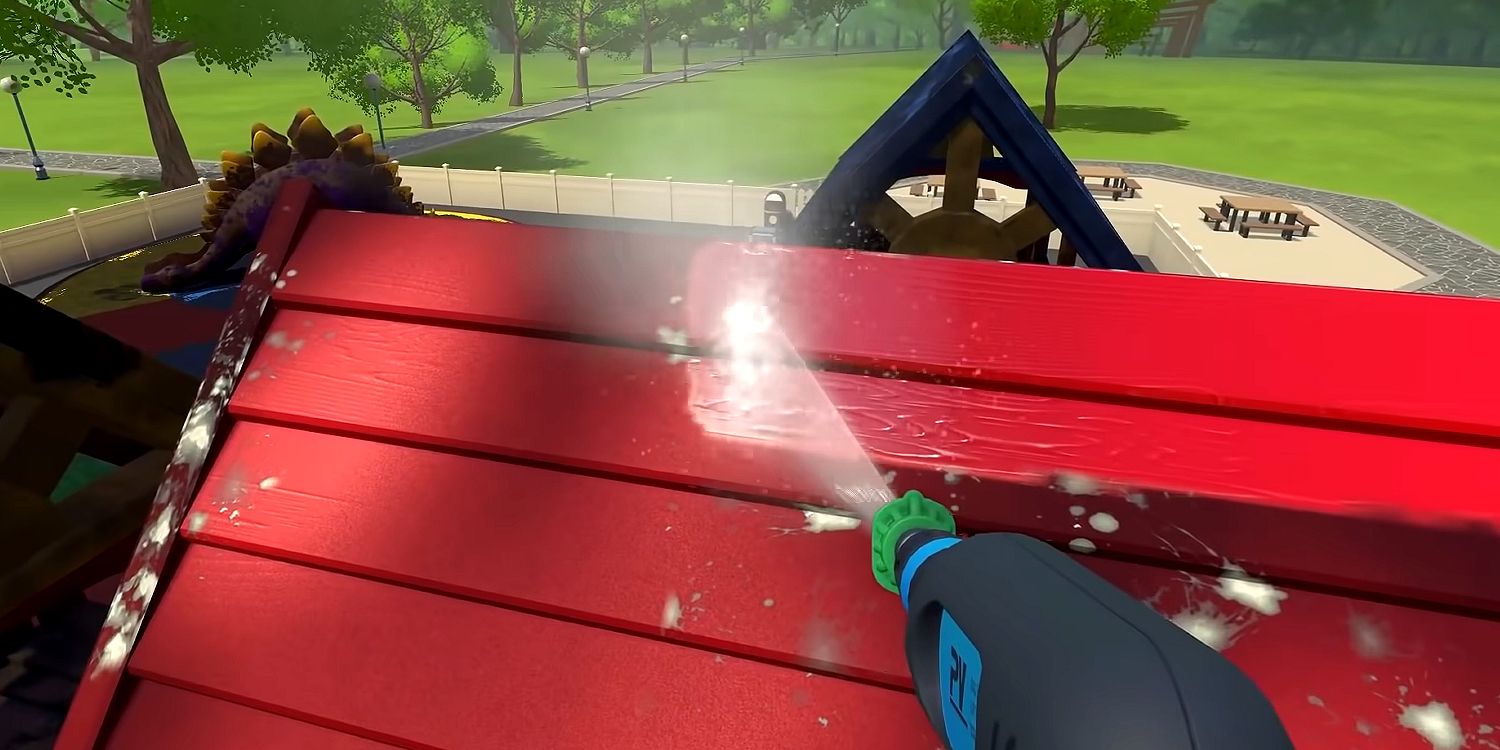 I believe a game that can be considered a 10/10 is one that perfectly accomplishes what it sets out to do. I might get laughed at for this (at best), but PowerWash Simulator is that game. It’s all about simple satisfaction. The simplicity of cleaning mucky surfaces with your trusty pressure washer is obvious from the very first moment. And the bliss of fully scouring a location of every speck of dirt and hearing that most satisfying of DINGS! is gaming at its finest. PowerWash Simulator is not trying to be an innovative platformer, an intense shooter, or a mind-blowing narrative experience. It tries to be a casual, fun simulation game where you can relax and clean things with your power-washing tools, and it most certainly hits that mark. In short, it is simply satisfying. 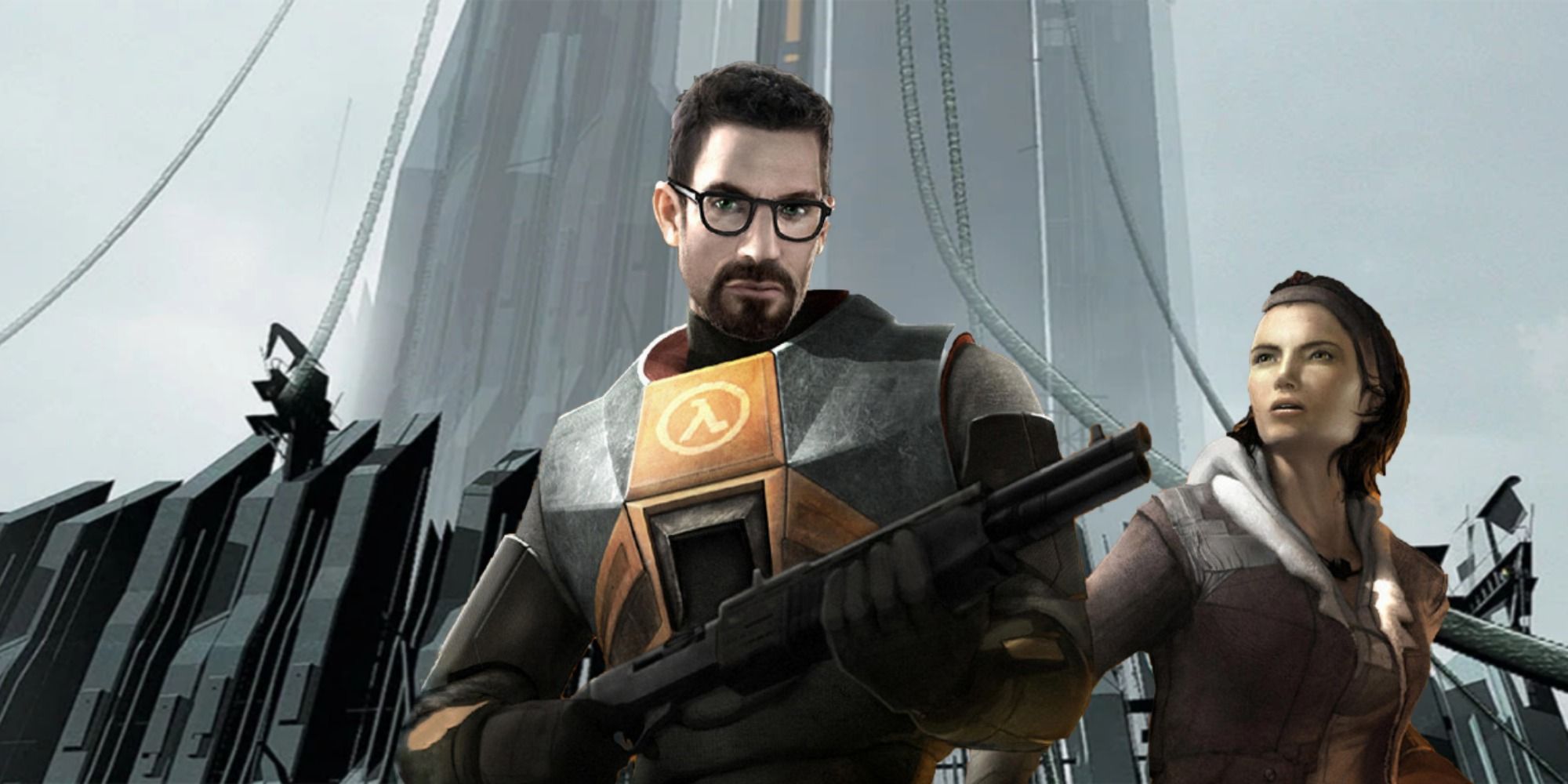 Not one game has captured the sublime scale of the Combine, an unbelievably imposing interdimensional empire that’s made personal and human through the familiarity of our home cities. Years later, nothing comes close to that sense of dread and hopelessness, only for it to be cut down by Gordon Freeman and the rebellion. The final chapters where we see citizens banding together to pull down propaganda speeches and fight back against crooked cops are so powerful because it felt impossible for so long.

Half-Life 2 is a perfectly paced masterpiece and while so much of that is down to its revolutionary tech, incredible AI, and simply fun gunplay, its world is what edges it to a ten. 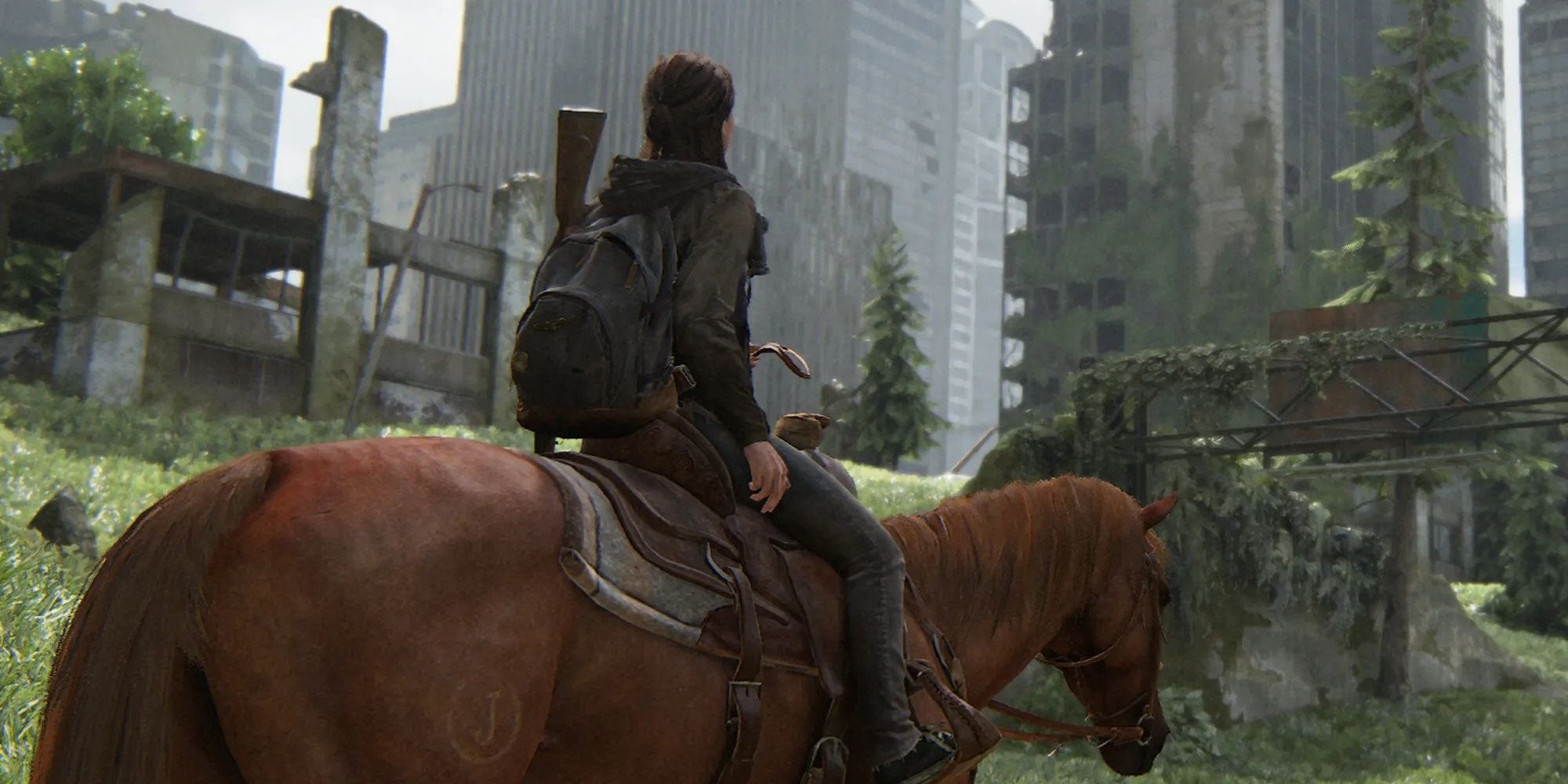 The Last Of Us Part 2

As Amanda has proven above, there are many different definitions of what makes a 10/10 game – for me, getting a score that high means leaving a considerable impact on the player, and there’s no other game that matches that description more for me than The Last of Us Part 2. Even in the years since, I’ve never felt more opposed to the actions of my character, so helpless to stop what seemed bound to happen, and more relieved when it eventually concluded. That sort of experience is simply unmatched and deserving of full marks. 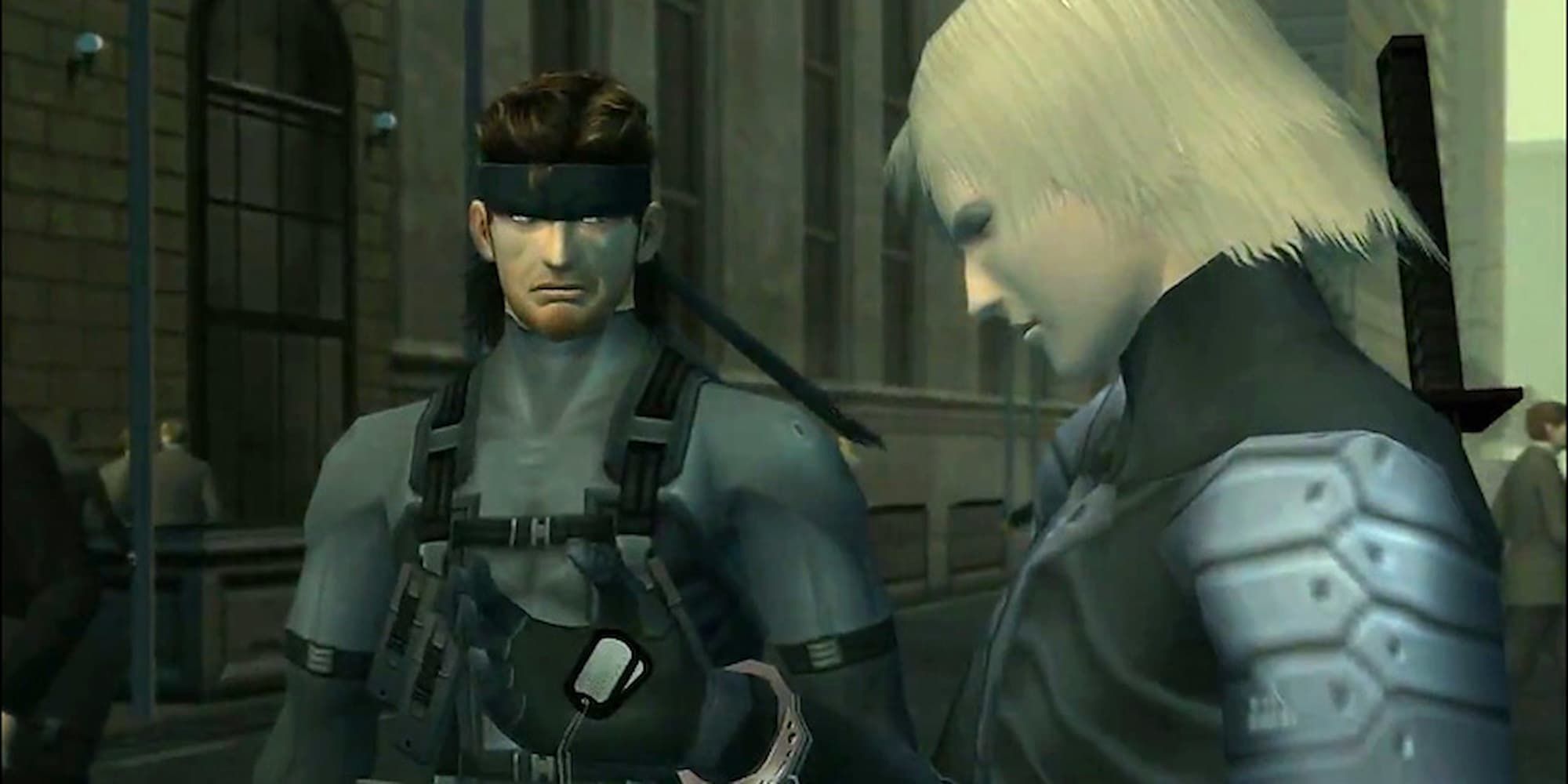 I believe 10/10s are reserved for games that either achieve perfectly what they set out to do, or try to reach for something genre and medium expanding, and therefore achieve greatness despite having maybe a few janky parts. Hideo Kojima’s PS2 classic is an example of the latter. Imperfect yet amazingly ambitious, Metal Gear Solid 2 deserves a 10/10 for chutzpah, verve, and execution. Its set pieces, twisting narratives, secrets, Easter eggs, daringness, and meta gameplay has not been bettered to this day while still remaining a fun play. This is a game that isn’t just an Arthur Morgan simulator. It’s a game that asks questions of the player and the world that, while you’re playing, feels like it cannot be asked in any other way. 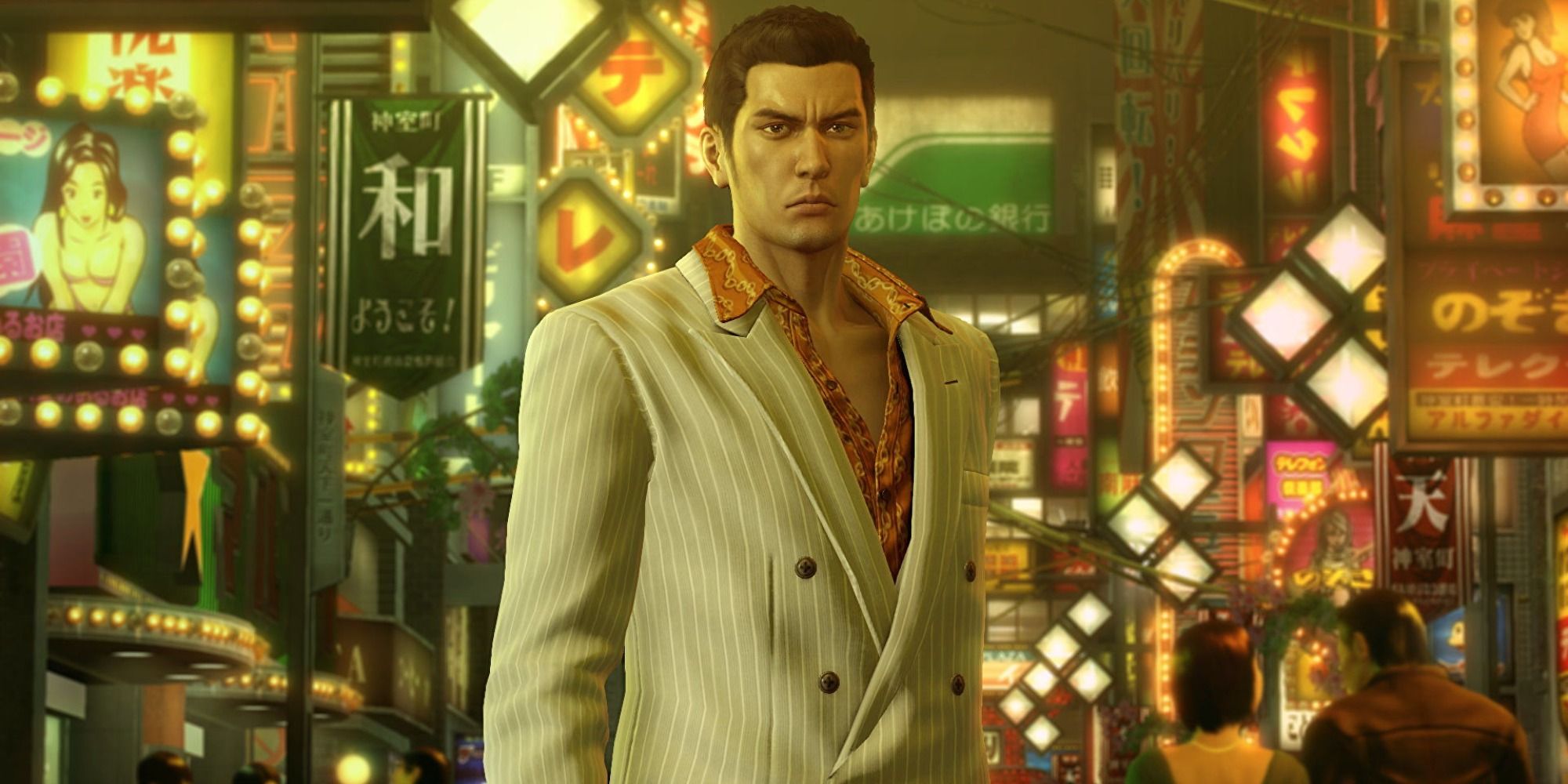 There are so many games to which I would give a perfect score, but instead of picking something really obvious like Doom, I’d like to highlight a classic that hasn’t quite gone mainstream despite attaining a certain amount of attention, Yakuza 0. The game plays into its genre brilliantly with a fantastic story that only gets better as it goes along. Yakuza 0 even features what surely must be one of the best game worlds ever made, creating an incredibly strong sense of time and place in the process. I can’t recommend this one highly enough. 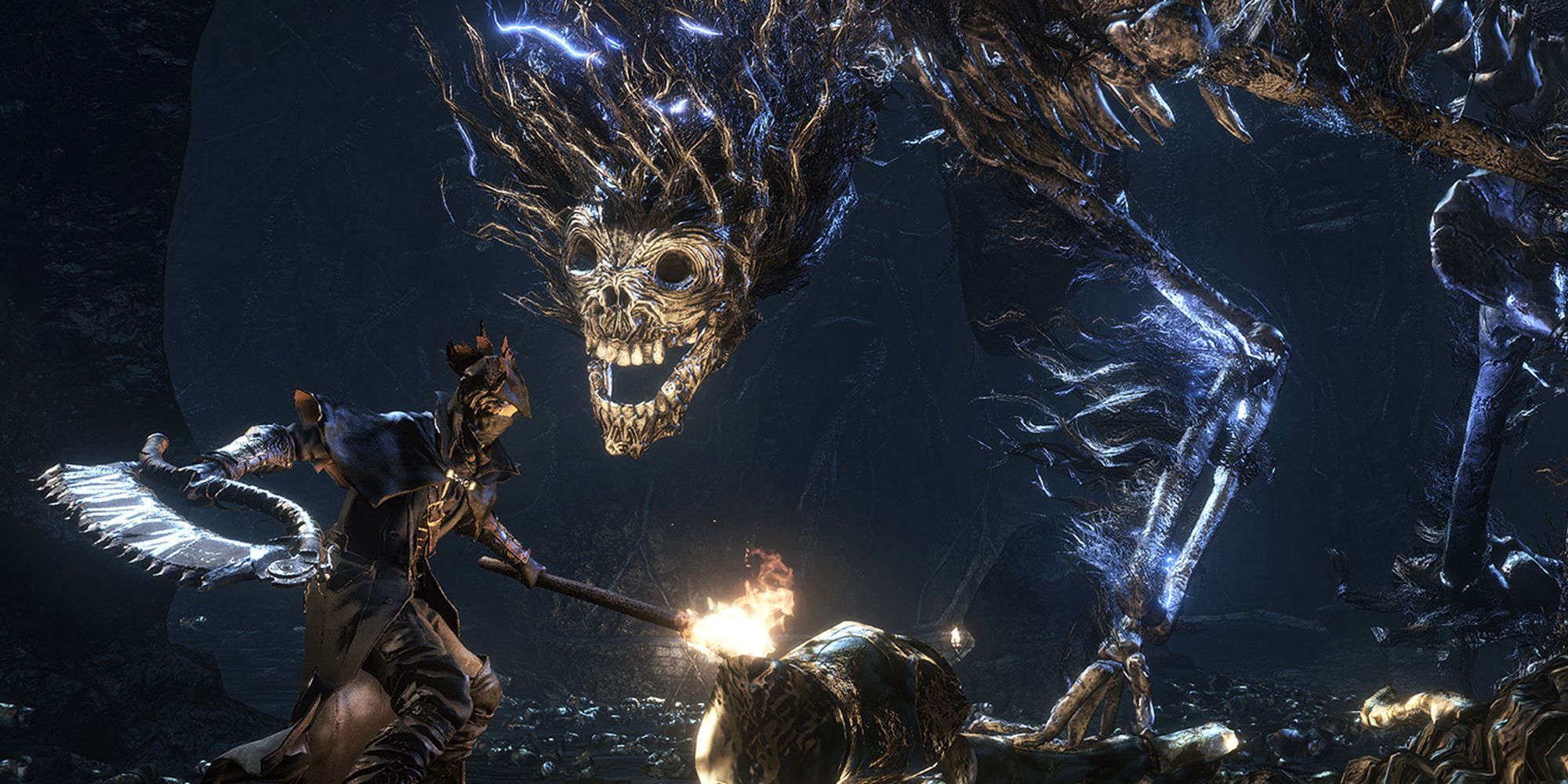 Elden Ring might be the new kid on the block, but Bloodborne is where FromSoftware peaked as a developer. Its level design is unmatched, its combat gruesomely satisfying, and its boss fights are spectacular. Nothing I’ve played before or since has given me the same rush of adrenaline that finally taking down the Orphan of Kos or Gehrman did. All of this is contained within a hauntingly beautiful gothic world that has inspired developers to create games like Thymesia, Lies of P, and likely many more in the future. Cap it all off with an amazing orchestral soundtrack and you’ve got yourself a 10/10. 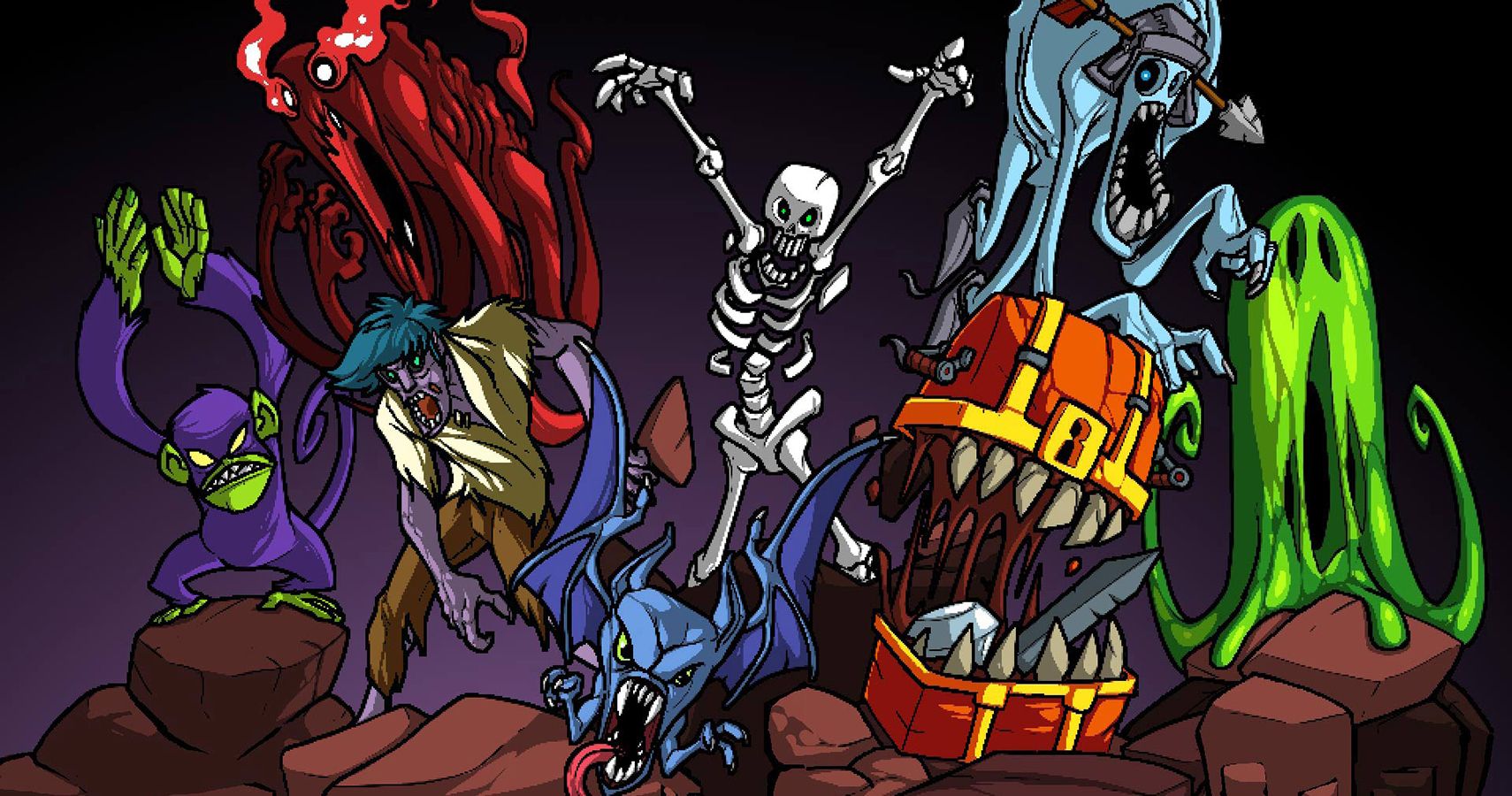 Crypt of the Necrodancer

I’m sure Crypt of the Necrodancer has been my answer to a few Big Questions, but that’s because it’s a condensed chunk of some of the most perfect roguelite gameplay to ever exist. It takes the simple idea of “what if roguelikes were rhythm-based?” and stretches it to its absolute limit. Every weapon, monster, and track changes up your strategies, but developing a knowledge of that belter of a soundtrack also makes it feel like you’re not just bashing your head against a wall. While I loved Cadence of Hyrule and am super excited for Rift of the Necrodancer, it’s tough to beat perfection. And that’s exactly what Brace Yourself Games pulled off with Crypt.