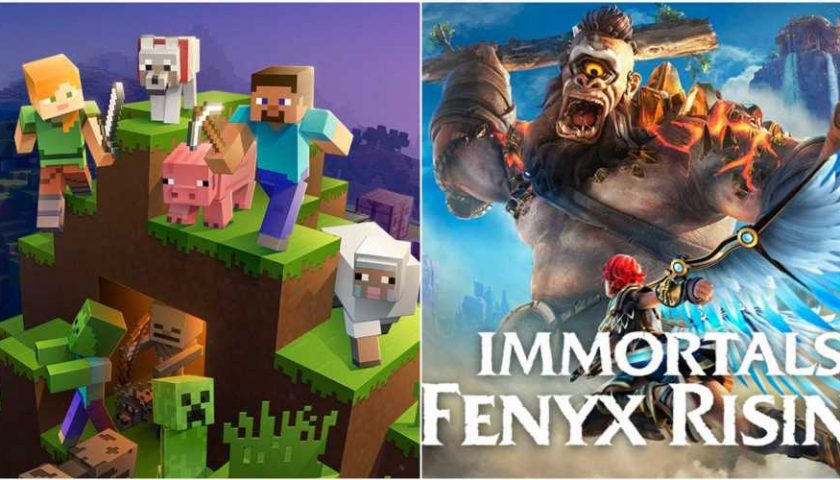 Exploration is a natural way to express curiosity, and it's an essential tool in video games because it creates a sense of wonder as you travel throughout the world. Open-world games usually have the best exploration mechanics; however, linear games also incorporate exploration into their gameplay as well.

Lots of games have in-depth exploration and there are even some that introduce unique mechanics to tie the narrative in with this, such as the Outer Wilds. Xbox consoles have a plethora of games where you can explore to your heart's desire, so here are a few of the best worlds that you can immerse yourself in. 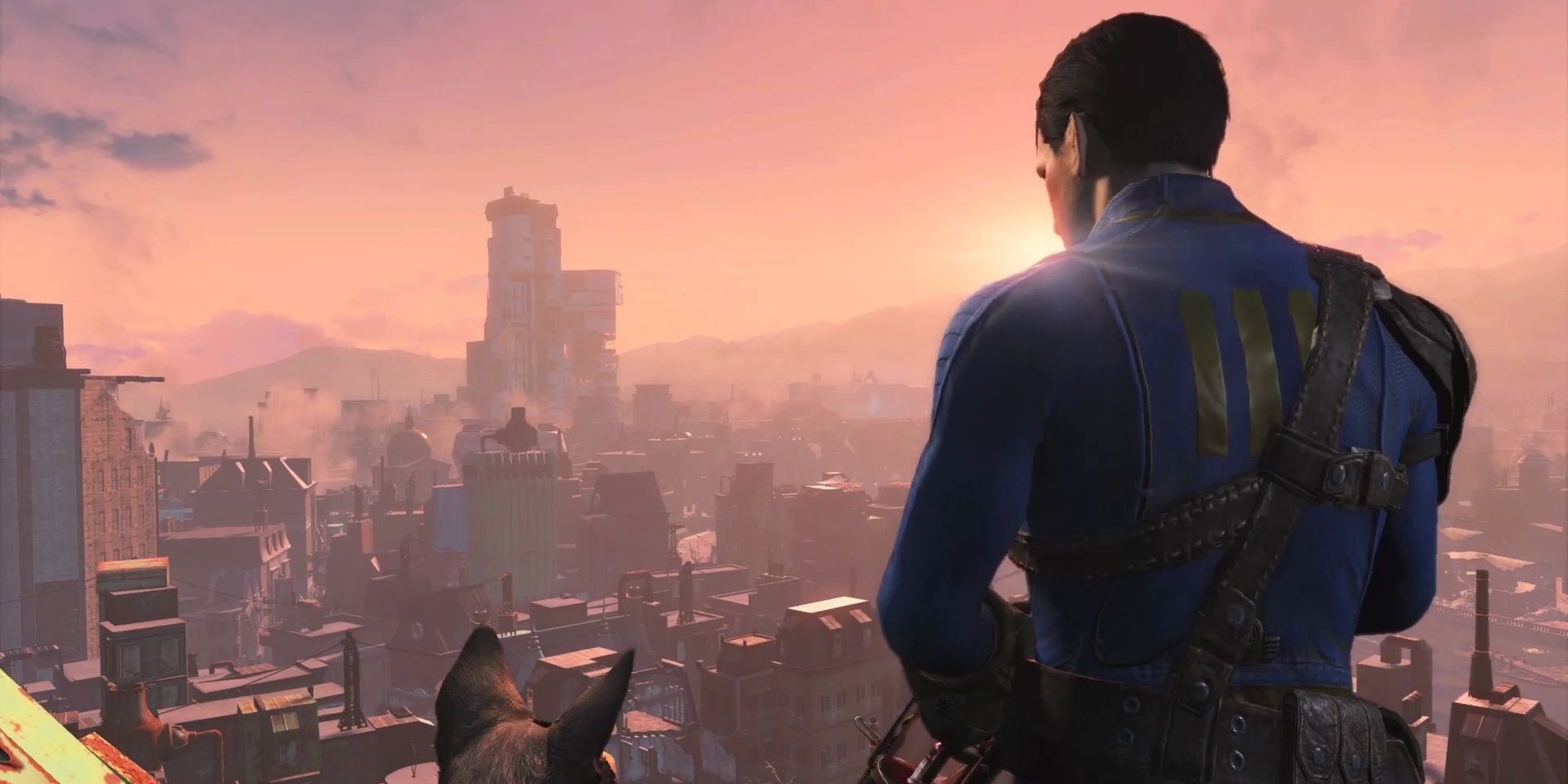 The Fallout franchise as a whole features fantastic exploration because of the hundreds of locations you can discover throughout the post-apocalyptic landscape. However, Fallout 4 is one of the best because it includes the city of Boston, along with many other parts of Massachusetts.

Complete quests, defeat enemies and recruit followers while visiting every location that the Wasteland has to offer. The Commonwealth is a giant place, and there's always a random encounter waiting to happen around every corner. 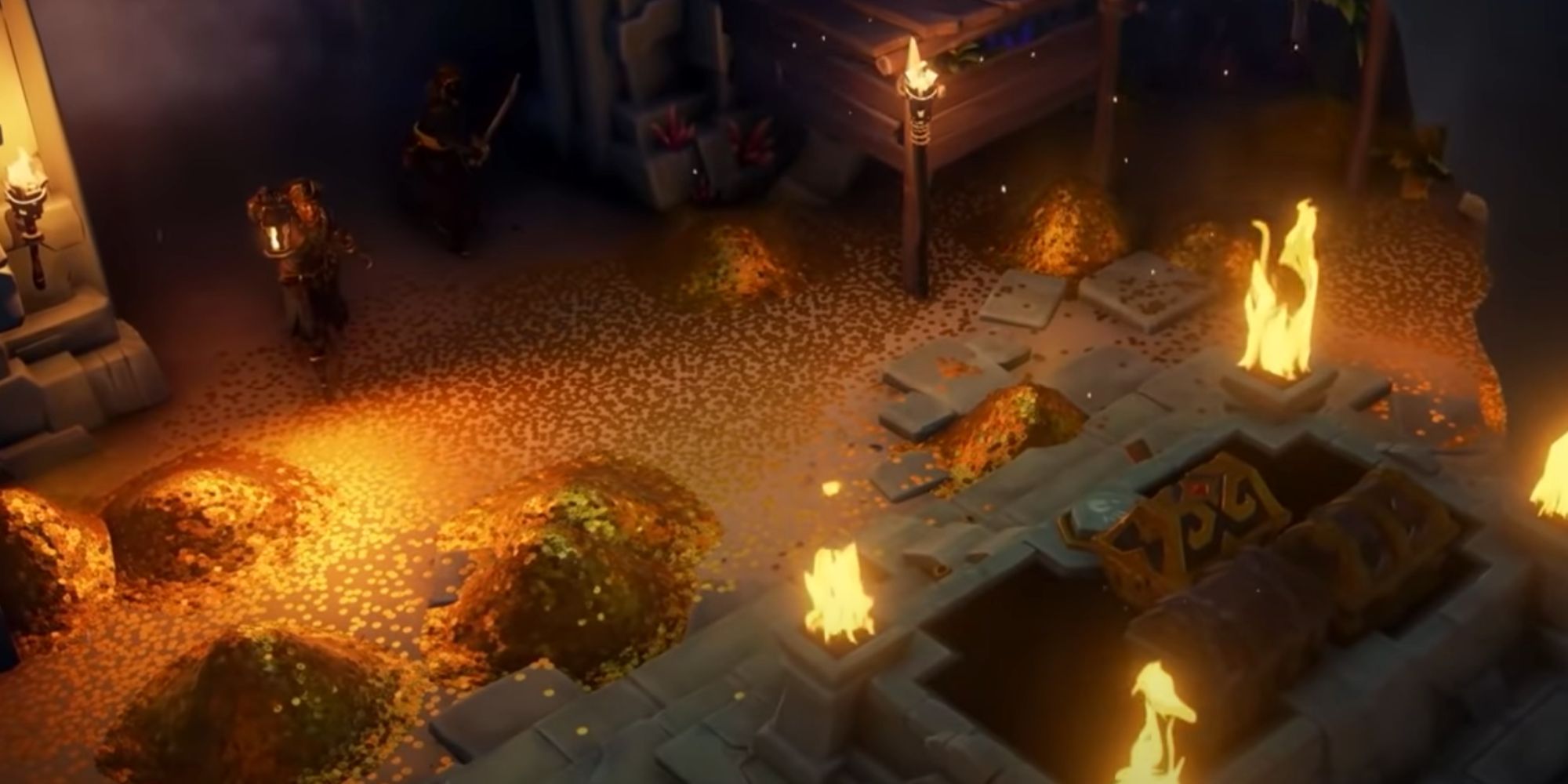 If you want to experience an exploration game with your friends, then Sea Of Thieves should be on your radar. Sea Of Thieves is a pirate game where you travel throughout the ocean and explore dozens of unique islands. You can complete voyages to find buried treasure or track down keys to open hidden vaults.

If you're interested in PVP, then Sea Of Thieves is also the perfect game because you can battle other ships on the open sea. With world events, PVP, and lots of islands to explore, you'll never get bored of sailing in the Sea Of Thieves.

Fans of Immortals Fenyx Rising often compare it to The Legend Of Zelda: Breath Of The Wild because it features a similar open world to explore with lots of small dungeons and a lack of hand-holding. 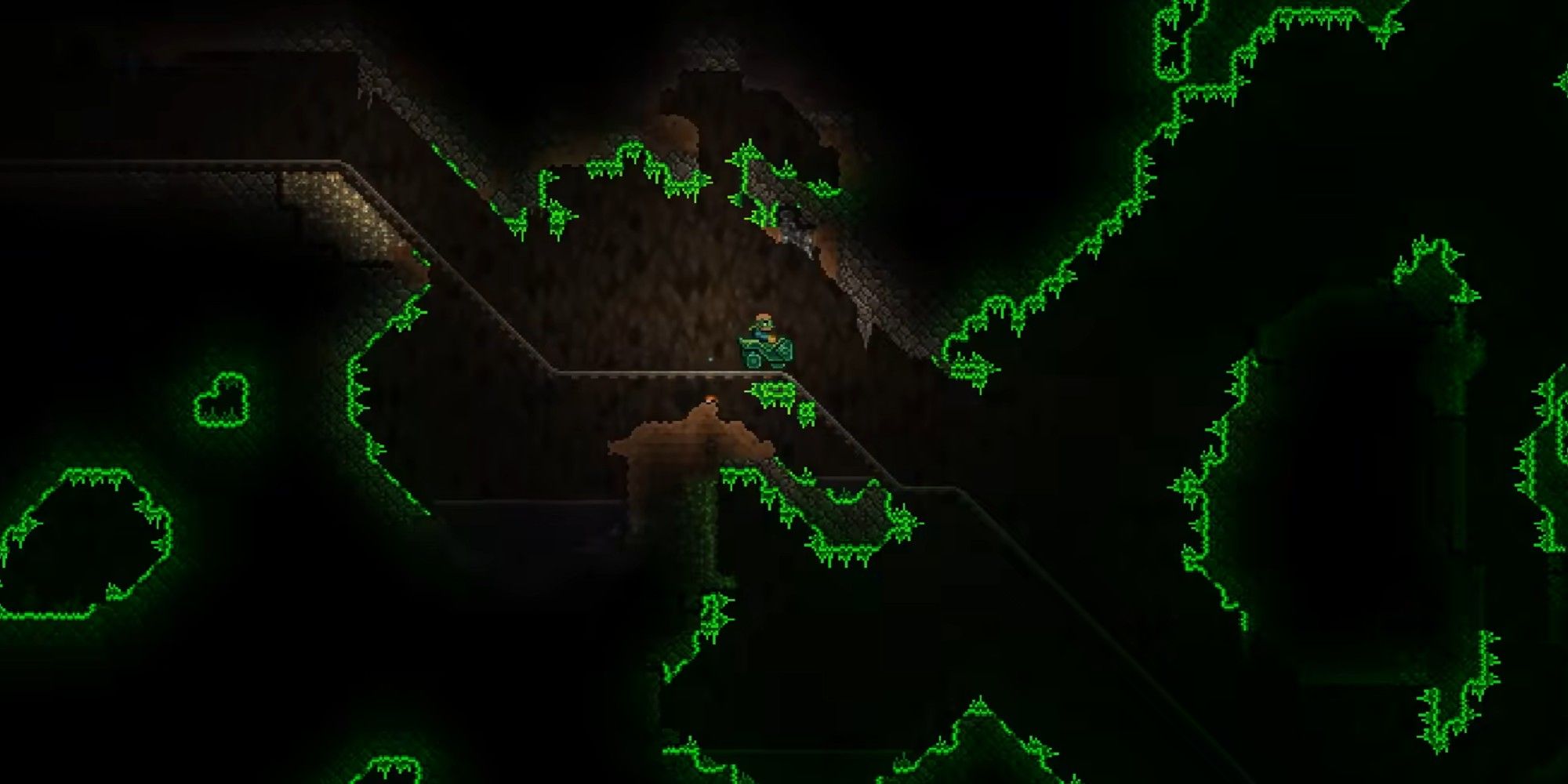 Terraria combines base-building with exploration in a 2D landscape. If you prefer platformers, then Terraria is a great game to immerse yourself in. You can explore the world and fight bosses, then return to your custom home at dusk to protect yourself against the dangers of the night.

Regardless of if you want combat, building, or simply a world to roam, Terraria has got you covered. There aren't many 2D games with such expansive maps, so you should try Terraria for a completely unique experience. 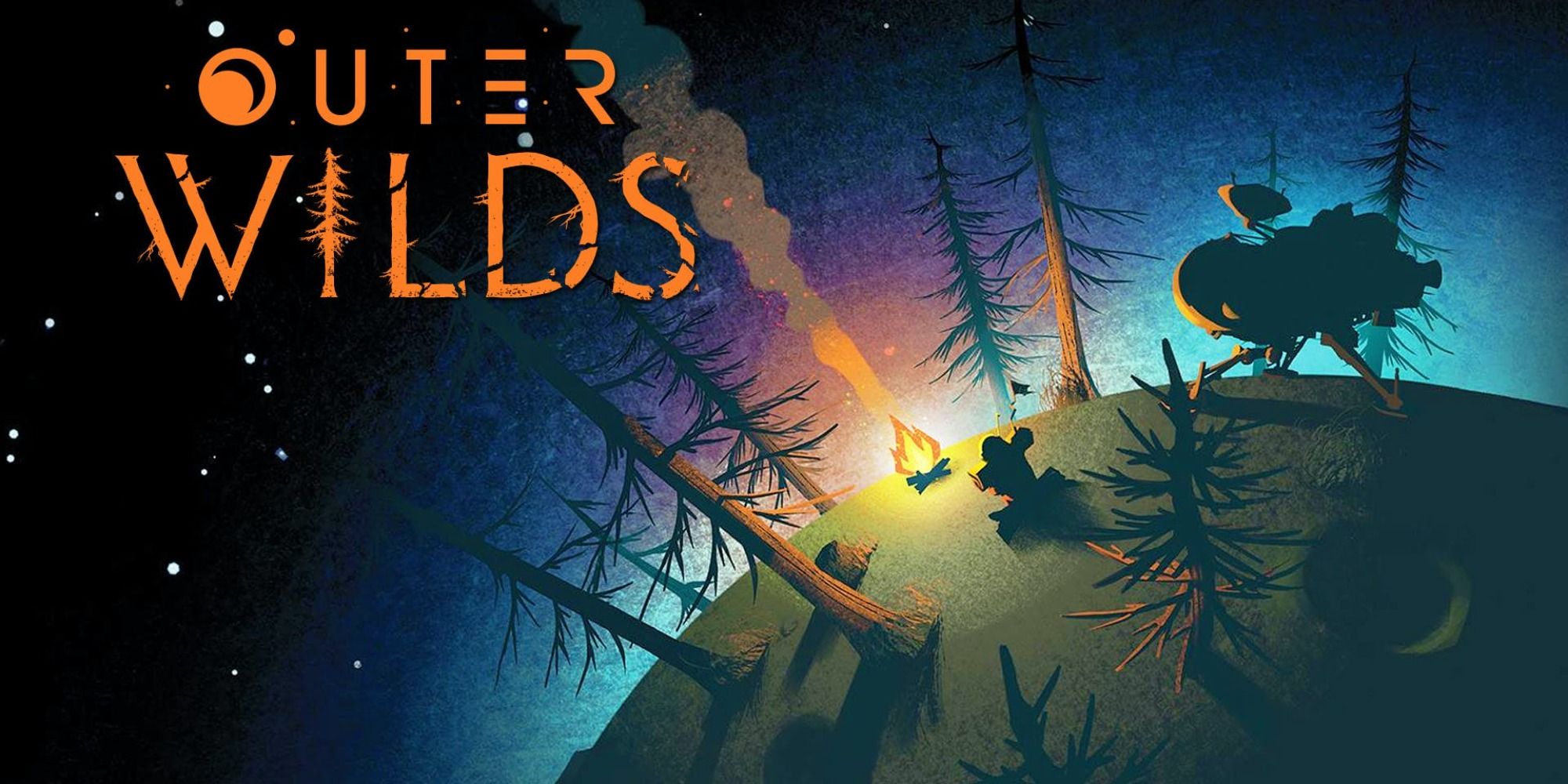 You need to explore in the Outer Wilds if you want to complete the main story. You have a spaceship and you'll travel from world to world, digging up remnants of a past civilization through text and ruins.

Many other exploration games have hundreds of locations or randomly generated maps; however, Outer Wilds is an experience that you'll never forget even though it's a short game because the story directly impacts your exploration of the Universe. 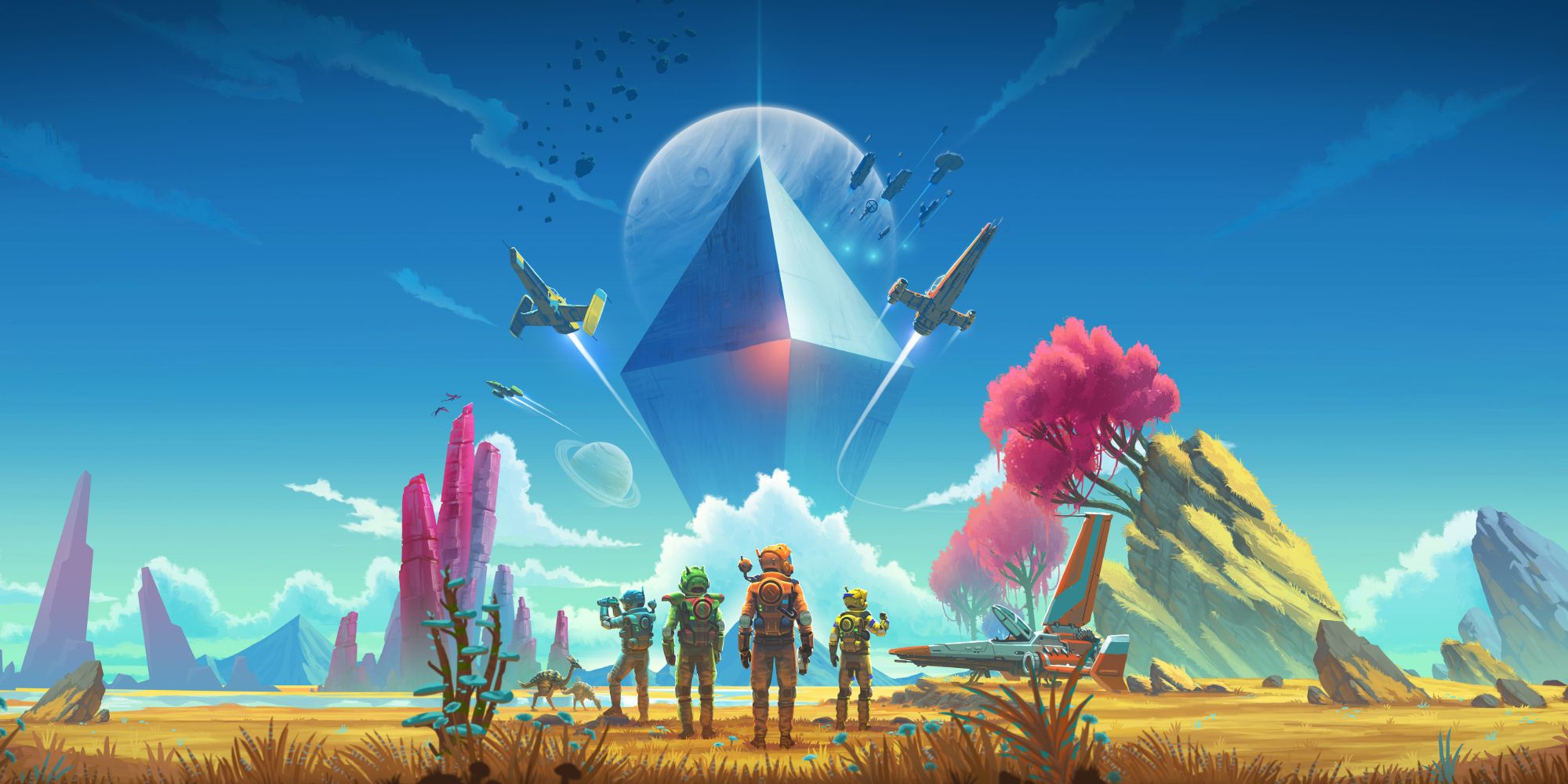 Unlike many other exploration games, No Man's Sky allows you to explore a Universe full of millions of planets that are all separately unique. The planets in No Man's Sky feature randomly generated plants and animals, so you are likely the first person to ever discover the lifeforms when you touch down on a new world.

There are also quests to complete, along with the main storyline, so you won't ever get bored if you like completing missions. The base-building and spaceship mechanics are a lot of fun as well, and you can use them to make your adventure in the Universe even more exciting. 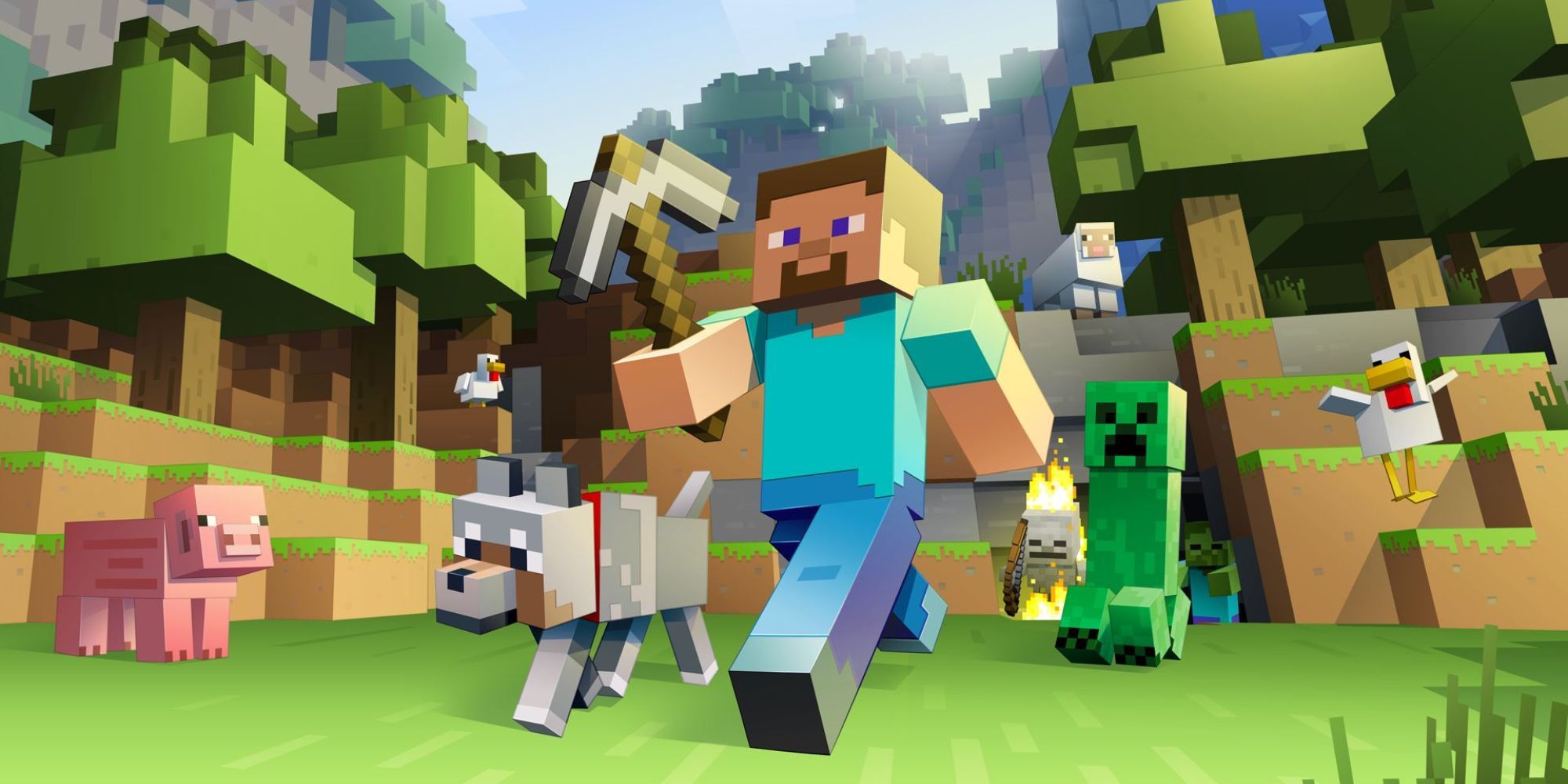 Minecraft is full of things to discover, including biomes, structures, bosses, and shiny gems. Since each Minecraft map is unique, you never know what you'll find when you load a new world.

Build your dream home by day and fight monsters by night, all while exploring your unique world. You can play Minecraft with all your friends and explore the world together, or play by yourself if you desire a single-player experience. 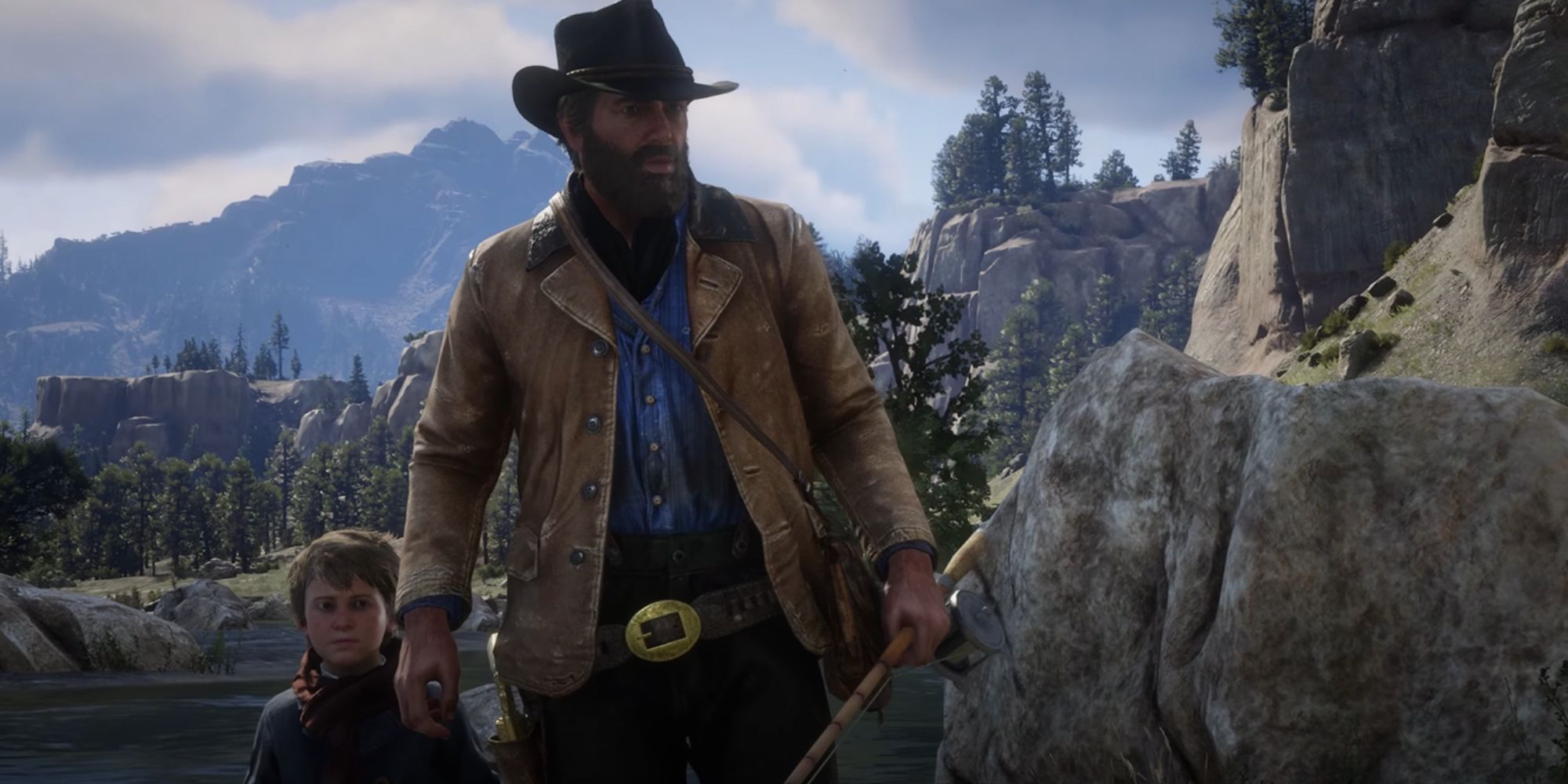 Red Dead Redemption 2 is one of the best narrative experiences to ever grace video games as a genre. There are lots of things to do in Red Dead Redemption 2, most notably the main storyline, but you can also explore the world at your own pace on horseback. Which is particularly exciting because of the beautiful landscape and plethora of side quests to discover.

Red Dead Redemption 2's world exists in the Wild West, which is a time period that many people fantasize about because of its freedom. If you want to immerse yourself in a world that feels completely alive, then Red Dead Redemption 2 is a fantastic game to play. 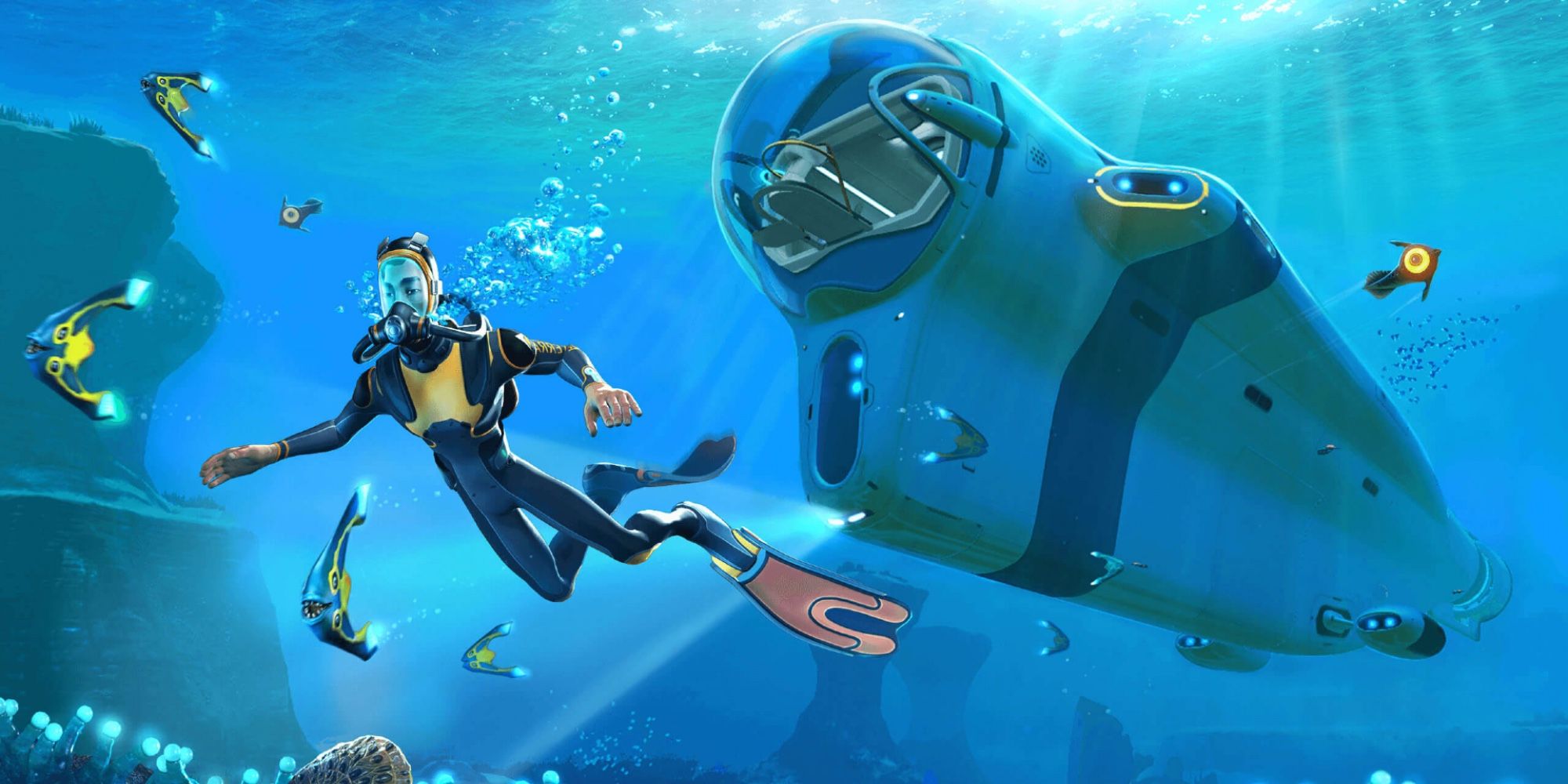 The ocean is a mysterious place; even with all our technology, we still don't know everything about it. However, what's even more fascinating is the ocean in Subnautica because there are many creatures hidden within it waiting for you to discover them. You have to fight to survive, and hopefully, one day, your character can leave Subnautica's world.

The ocean in Subnautica is set on an alien planet, which allows for many things that wouldn't be possible on Earth. You won't find a better exploration game set underwater, so Subnautica is the perfect option for people with an interest in marine life. 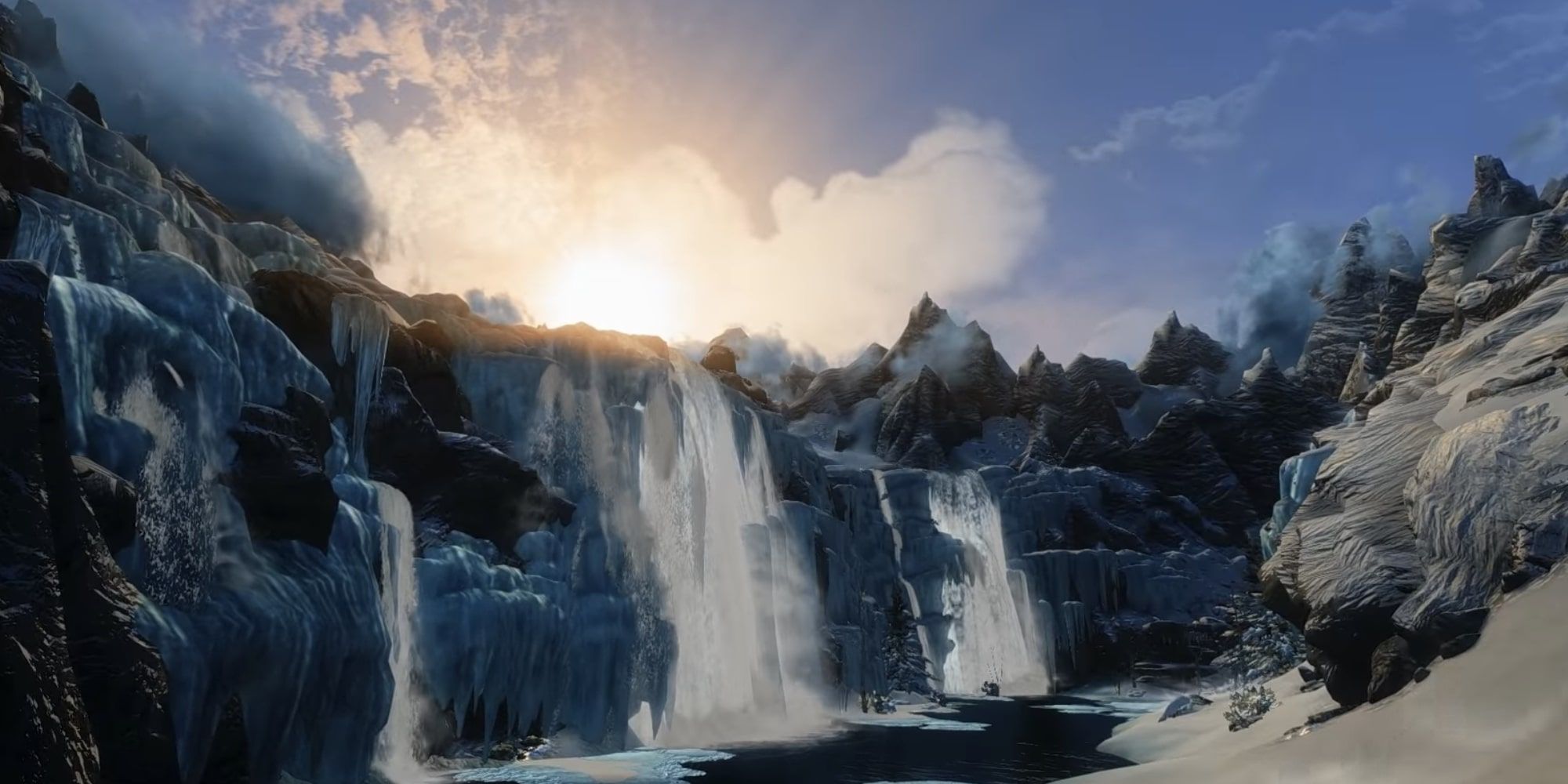 Skyrim is a well-known exploration game, and for good reason. There's a giant open-world in Skyrim, filled with hundreds of locations and quests to uncover. There are multiple faction questlines and expansion packs to complete, as well as the main story.

You can use any weapon type you want while exploring Skyrim's vast world, which is another aspect of this experience that succeeds in offering you freedom. Other Elder Scrolls games in the franchise offer a unique world to explore too, so you should also try Morrowind and Oblivion since they're both also on Xbox platforms.