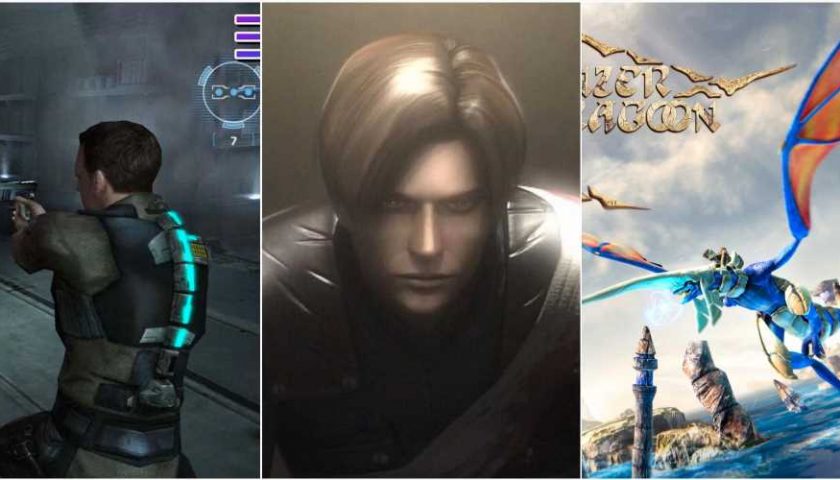 These days, it’s pretty rare to find a modern rail-shooter game that’s truly exhilarating. They tend to be relegated to arcades due to their general requirements, something that is hard to come by in North America anymore. The genre did have quite the revival during the era of the Wii thanks to its unique controls, but since then there have been few gems for fans of the considerably old-school genre.

While there are plenty of original rail-shooters to choose from — even some of the biggest franchises have tried their hand at the genre —, the entries in the genre tend to be either action-oriented or horror-oriented. However, there have been a few exceptions to that rule over the years. Although a game like Pokemon Snap could be considered a rail-shooter, it and its sequel will not be included on this list. 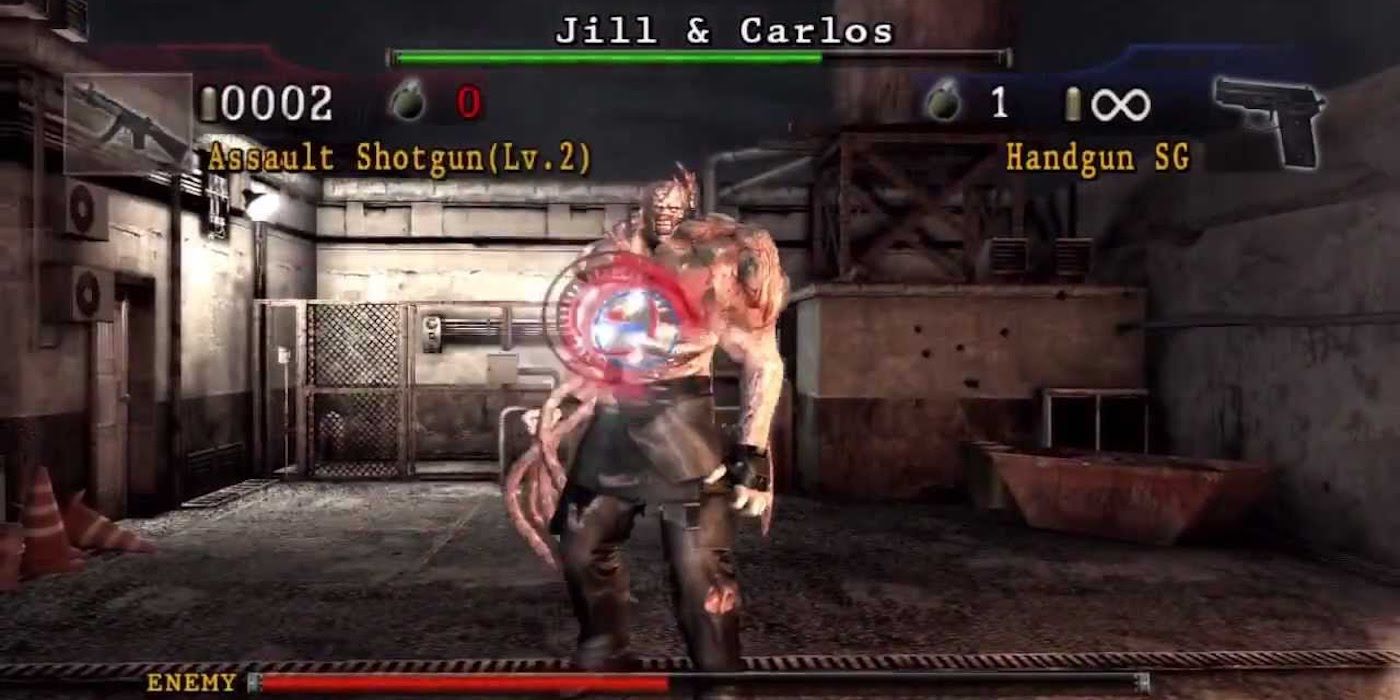 It can often feel like Resident Evil: The Umbrella Chronicles was made for fans of the series who wanted a deeper look into the events going on behind the scenes. The game covers the events of various entries in the series and allows for an updated look at the events of Resident Evil from a unique perspective that fans wouldn’t see for years.

Fortunately, this title lets players make their way through various scenarios either on their own or with a partner. It can be pretty difficult, and surprisingly frightening at times, which can make it a lot of fun to try out with a friend by your side. 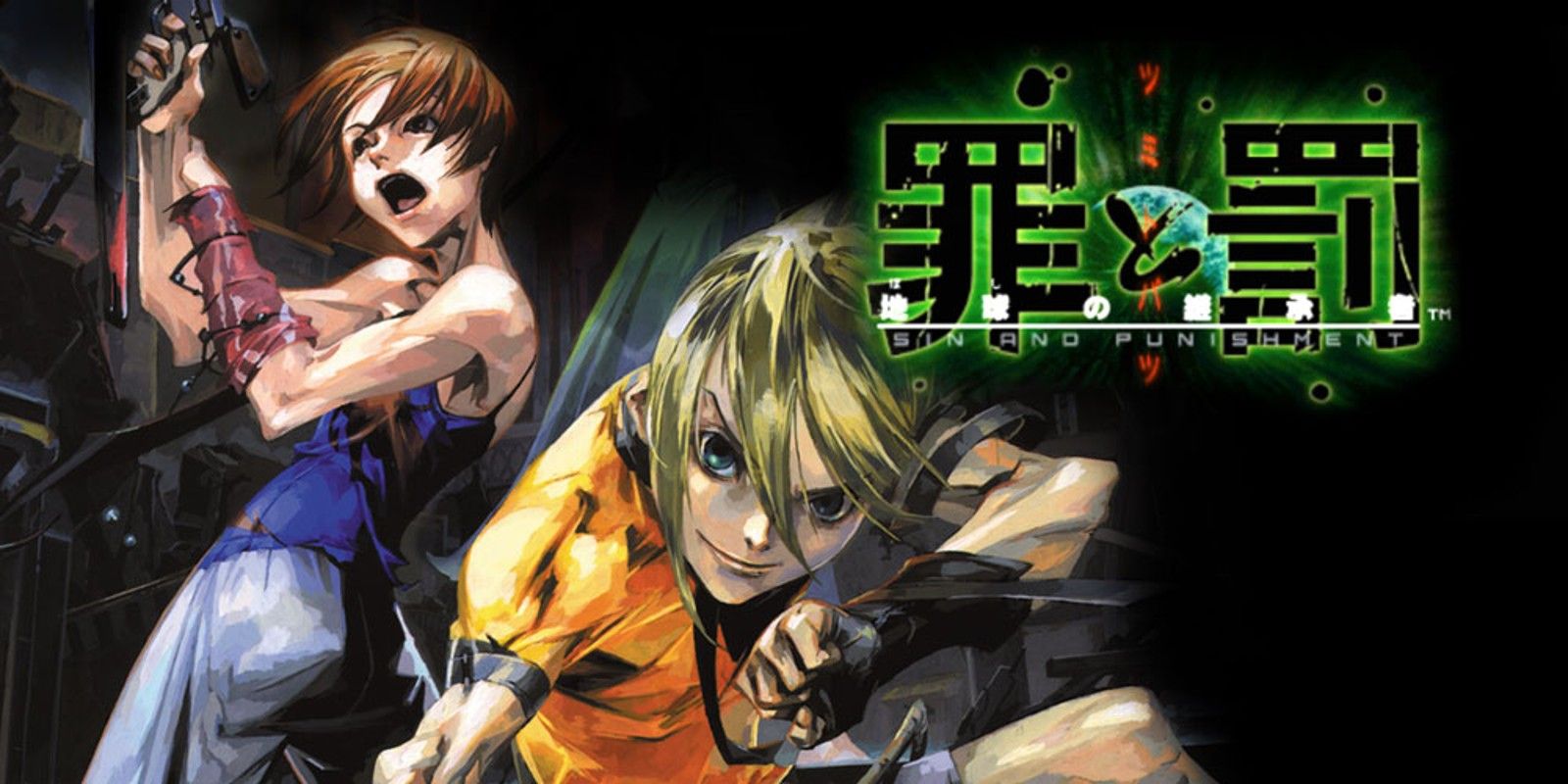 A game like Sin And Punishment may have gone relatively unnoticed in the modern day of gaming if it hadn’t been added to the Nintendo Switch Online Nintendo 64 Expansion. Luckily for fans of the rail-shooter genre who missed it, they now have the opportunity to experience the exciting action-packed game.

The thing that makes this title so much fun is its relatively unique control scheme. Rather than seeing through the eyes of your character, you control them as they run around the battlefield. You can’t rely on simply defeating enemies, you need to dodge their attacks as well. 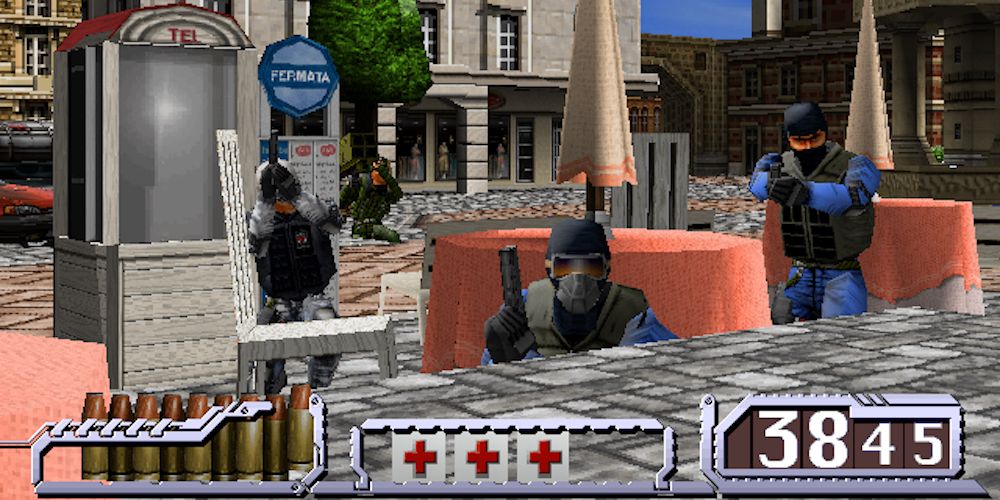 One of the staple rail-shooters toward the end of the arcade boom was the Time Crisis series. While fans of the franchise could point to a number of entries as their favorite, many point to Time Crisis 2 as one of the best cooperative experiences anyone could have.

Believe it or not, at the time, Time Crisis 2 was the game that introduced co-op to the series. The addition of a second player created an entirely new dynamic to the rail-shooter genre, making for plenty of fun and chaos in the arcades at the time. 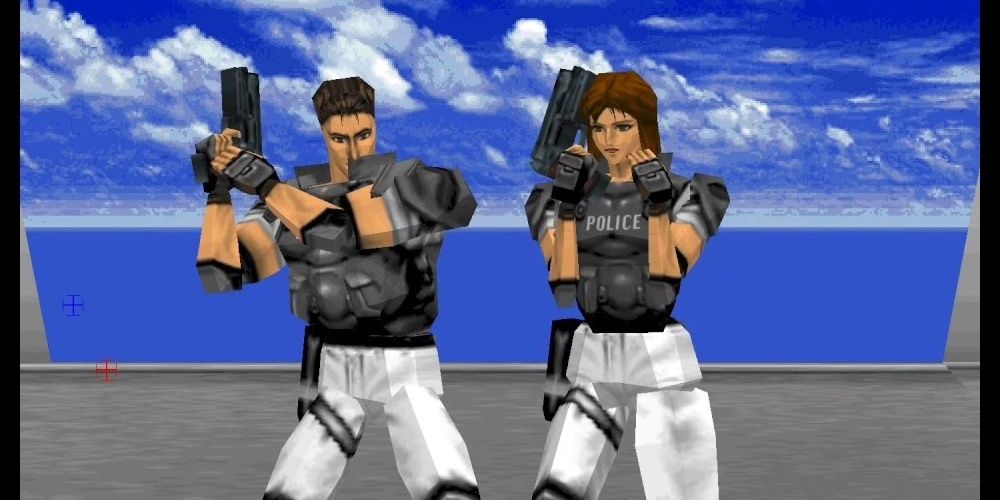 A lot of people loved the original Virtua Cop game, but the sequel managed to improve upon the original in the eyes of many. Rather than having the same simple experience each time, players were able to actually choose their routes through the game — at least to some degree.

It’s not the longest game in the genre, but it is an incredibly replayable one. The fun and unique mechanics on offer make it fun to try out to this day. Being able to land a justice shot to disarm one of the game's enemies is always a rewarding experience. 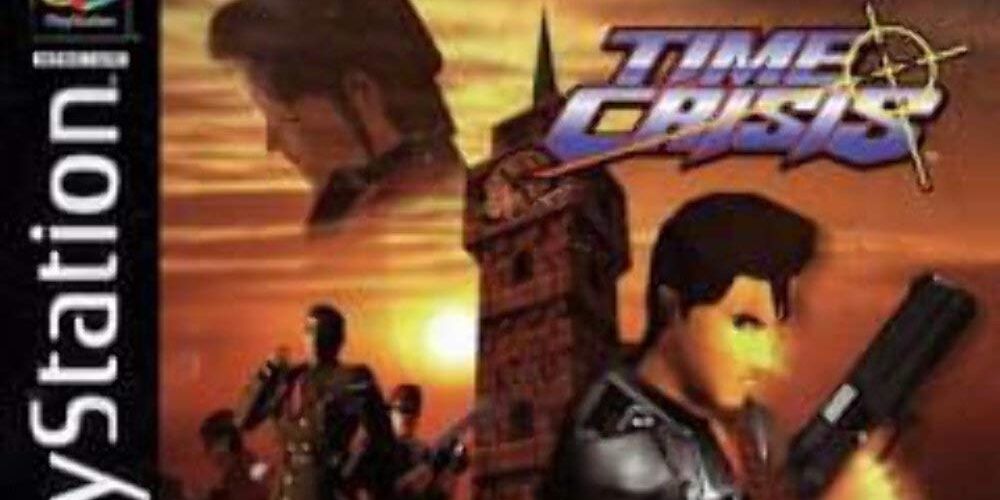 There are many people who argue that Time Crisis truly set the base for what a rail-shooter game should be. It’s definitely fair to say that the game is relatively simplistic by today’s standards, but it’s easy to forget that Time Crisis was considered somewhat revolutionary at the time.

While this title was introduced during the heyday of the rail-shooter genre, it came up with a fascinating idea to stand out from the crowd: Time Crisis included the ability to duck away from the action to avoid damage and reload. Something anyone would do if they were in various rail-shooter situations.

5 House Of The Dead 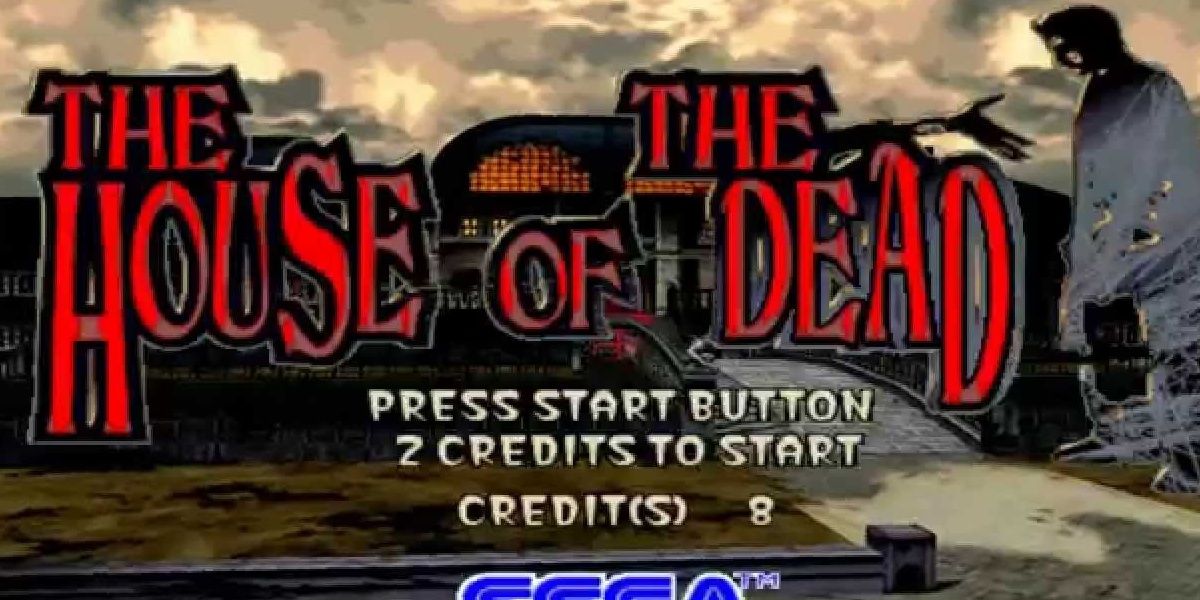 It’s no surprise that the horror genre quickly became involved with the rail-shooter genre. There are few ways better to create a truly heart-racing experience than throwing hordes of the undead at a player that has no real control over their movement.

One of the things that make it truly great is the fact that it was part of the movement that popularized the zombie genre. It’s also possible that this game was the inspiration for the faster versions of zombies that are so popular nowadays. 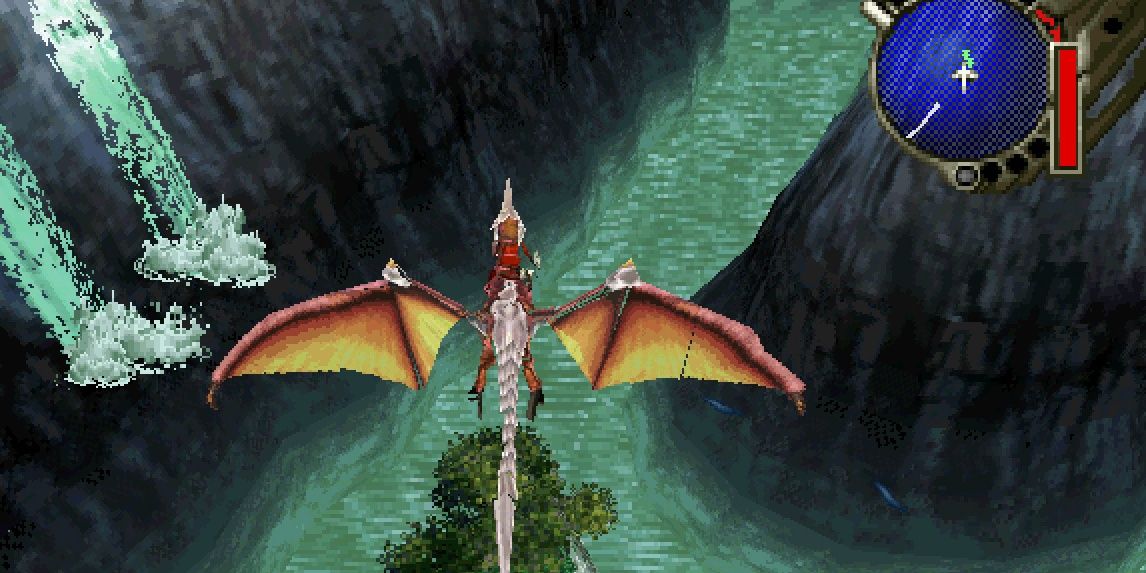 There are a lot of people who missed out on the Panzer Dragoon series. The original game was released for the Sega Saturn back in 1995, a console that many gamers ended up missing out on. Those that picked the game up were treated to one of the best rail-shooters of all time.

Rather than running around like some kind of special agent, or facing off hordes of the undead, Panzer Dragoon goes an entirely different direction. The player is actually riding around on a dragon throughout the game. This small twist on a familiar format helped it stand out to fans of the genre. 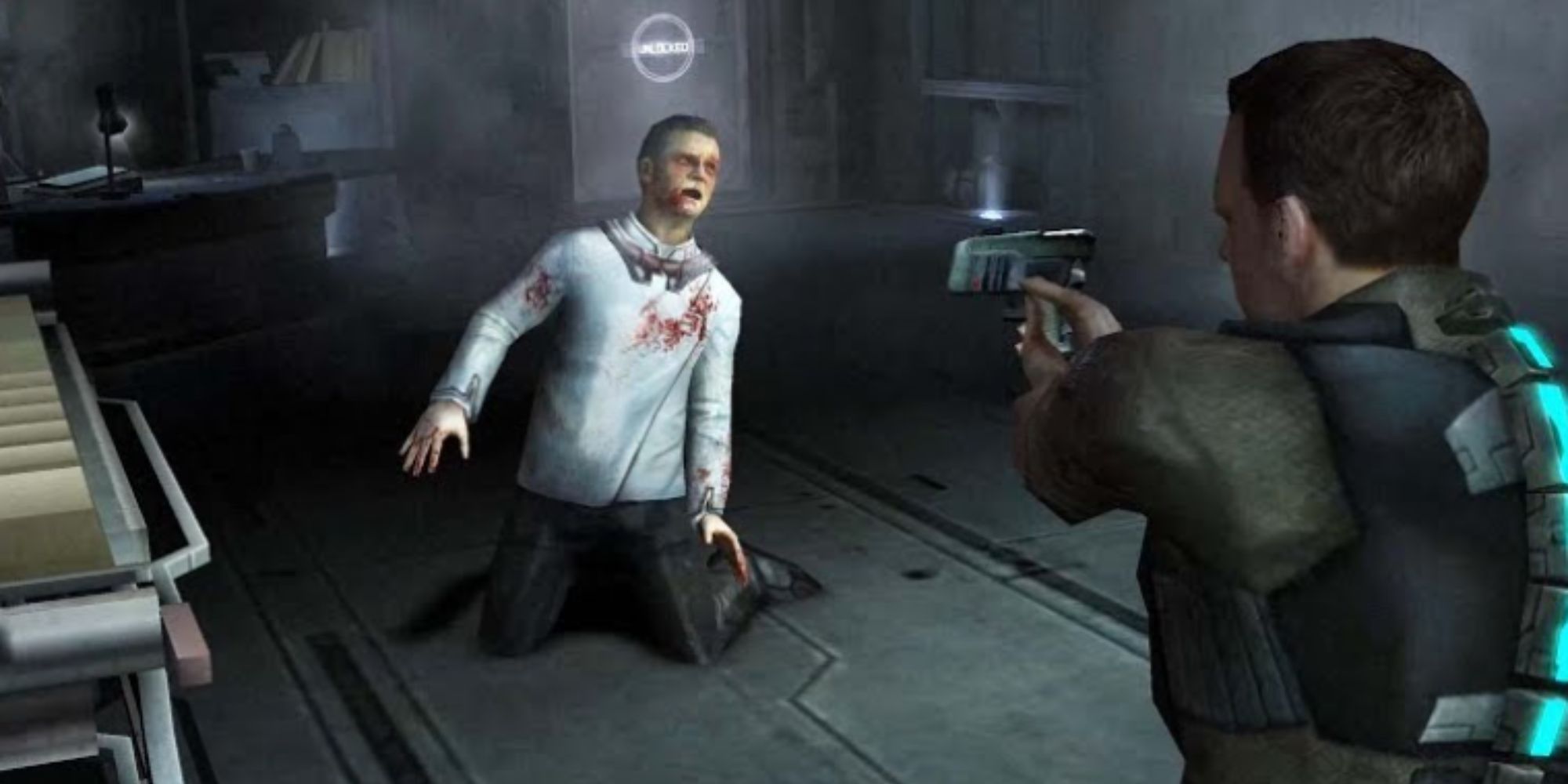 Despite how popular the Dead Space series was, and how good of a rail-shooter Dead Space: Extraction was, the game somehow wasn’t played by many people. It was yet another excellent rail-shooter to feature on the Nintendo Wii during their short revival of the genre.

The Dead Space series was practically primed for a rail-shooter game thanks to their unique mechanic that involves dismembering the game’s Necromorphs in order to deal with them for good. Tense gameplay and a solid story make this a game that everyone with a Wii should seek out. 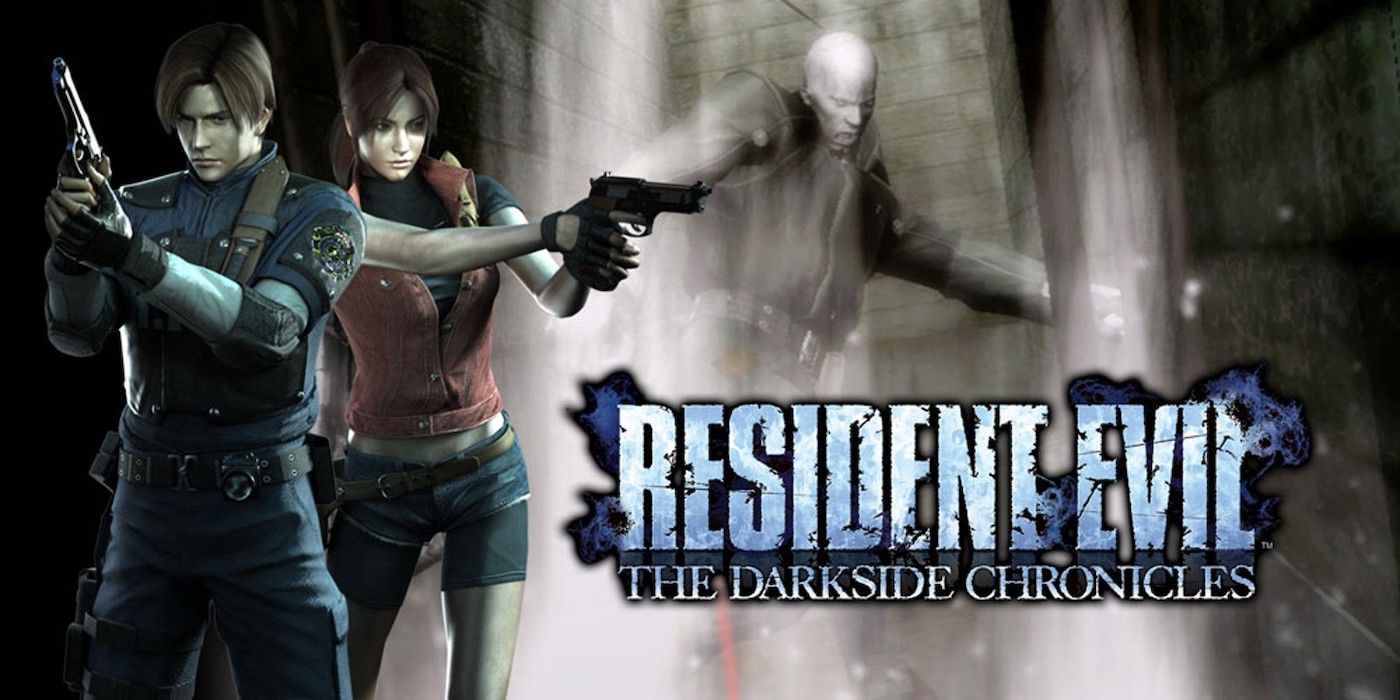 While many enjoyed the simplistic but unique style set by Resident Evil: The Umbrella Chronicles, even more people loved the upgrades that were made when Resident Evil: The Darkside Chronicles was launched. It certainly helps that the game was made, in part, as a sequel to one of the highest-rated games of all time.

The Darkside Chronicles not only serves to fill in gaps of the Resident Evil story, but it also features some of the best graphics on a system that was never known for having the nicest looking games. With plenty of improvements on the original Umbrella Chronicles, the game is perfect for any Resident Evil fans. 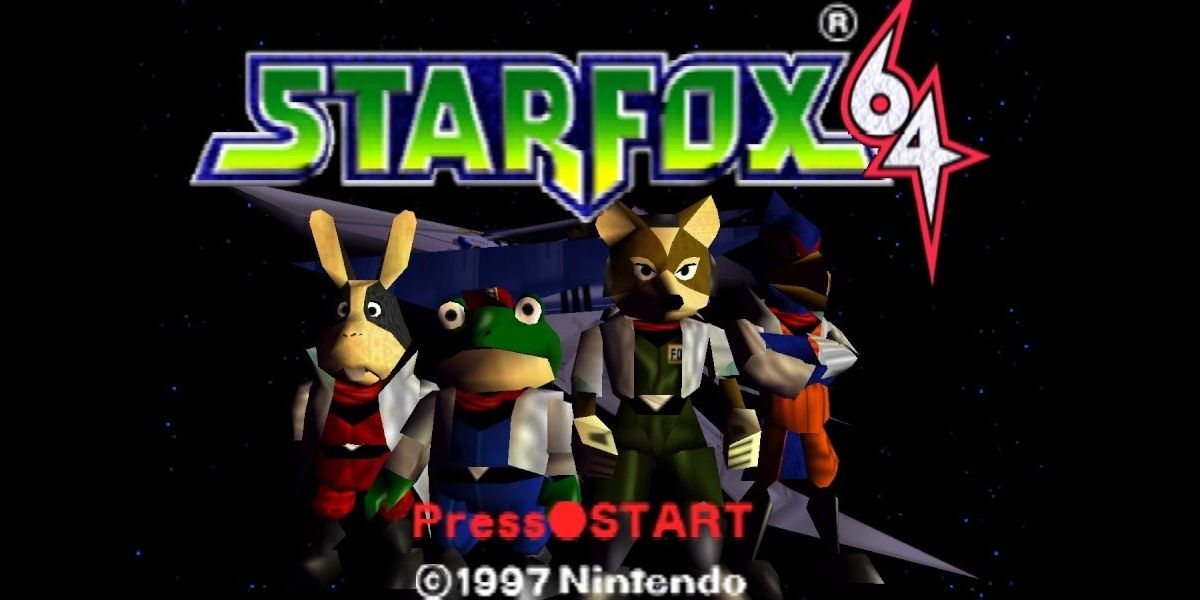 While the Star Fox franchise has had a relatively mixed reception on its wide array of titles over the last few years, many still return to Star Fox 64 for an example of a rail-shooter done right. Thanks to plenty of action and a unique way to experience the story, the game is still loved by people around the world.

Not only does the game's exciting action still feel intense to this day, but the levels are surprisingly fun to explore, something that may sound strange for an on-rails game. At the time, the game had some of the best controls and voice acting that could be found on the Nintendo 64.