Board games are physical things, and often it’s nice to lay your hands on them before you buy them. That’s why retailers are so important for the hobby games industry. But titles that were previously only available at your friendly local game store are also making their way onto the shelves of big box retailers nationwide. Slowly but surely even Walmart, the nation’s largest brick-and-mortar retailer, is getting into the market.

Online, Walmart runs an operation not unlike Amazon. They offer a platform for third-party vendors to sell their own merchandise, and assist with distribution and shipping. That means you can purchase just about any tabletop game through Walmart.com. But only a fraction of those titles are available on store shelves. These are the very best ones. 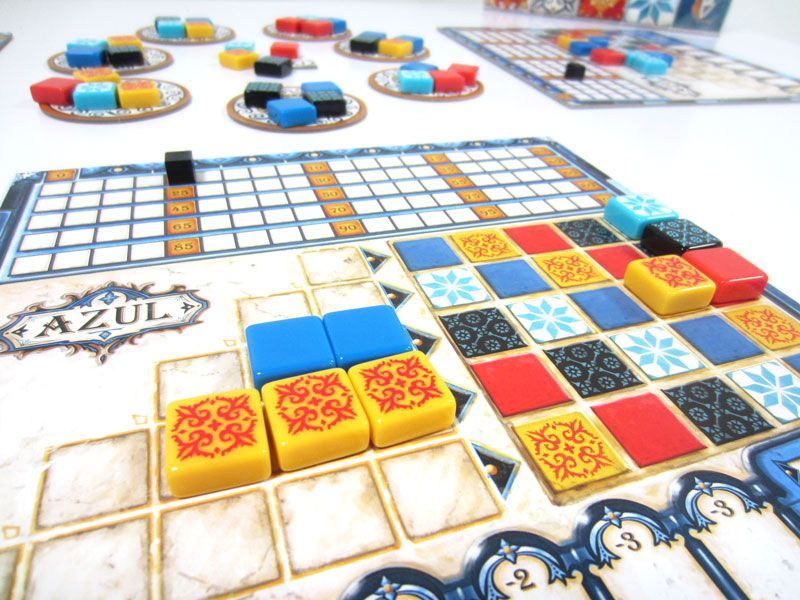 One of the more attractive games on our list is called Azul, which is inspired by Moorish art found at palaces in Portugal and Spain. Inside the small, square box you’ll find a series of colorful tiles known as azulejos which you’ll use to construct a mosaic pattern on the table. It’s very easy to learn the rules, and it also travels exceedingly well. Our friends at Vox liked it so much they named it their game of the year in 2018.

Betrayal at House on the Hill brings B-movie horror tropes to the kitchen table. During each roughly one-hour session players move their pawns around the board, uncovering random rooms in a haunted mansion as they go. The experience focuses on just a few core mechanics — moving and fighting — and builds into a hectic game of cat and mouse toward the end. Depending on the combination of the rooms uncovered and the items that the characters have in their possession, any one of 50 different Haunts begins. When that happens at least one player at the table becomes the Betrayer, and spends the rest of the night trying to murder their friends. If Betrayal catches on with your group, there’s also the Widows Walk expansion with 50 more Haunts. There’s also Betrayal Legacy, which strings together 13 different scenarios into a single, evolving storyline. Both are available on Walmart.com.

The most influential board games of the decade, according to top designers

Codenames is a game that doesn’t require much explanation, which makes it perfect for just about any occasion. It’s a guessing game where players take on the role of secret agents. Cards spread out in a five-by-five grid on the table are the codenames of other secret agents in the field. It’s up to the handlers — who have a key that shows them where all the secret agents are — to direct their partner to the right contacts. By the end of the first round everyone should know how to play, and be primed for a second go. There’s also a bunch of different versions of the game, including Codenames Deep Undercover 2.0 for adults and everything from Codenames: Harry Potter to Codenames: Marvel for more family-friendly fun. 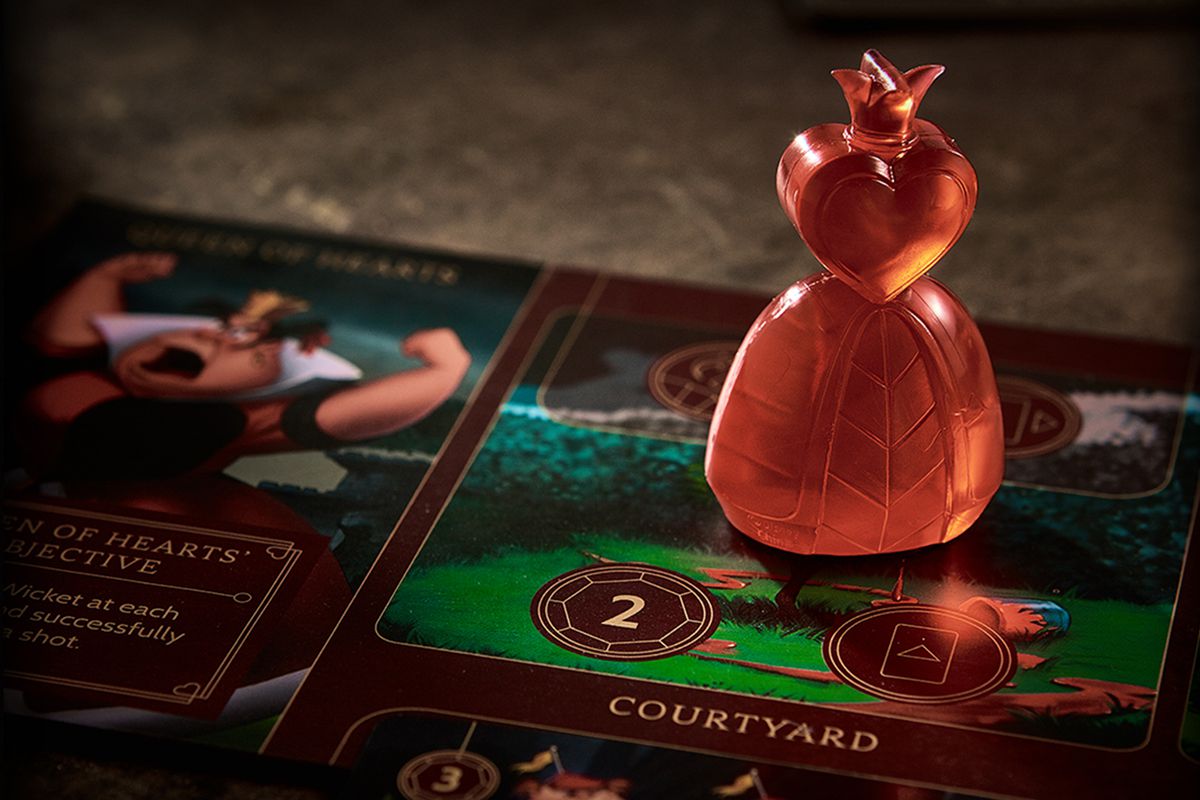 Disney Villainous is an asymmetrical strategy game where everyone at the table takes on the role of a classic Disney villain — either Maleficent, Ursula, Prince John, the Queen of Hearts, or Captain Hook. Everyone has a slightly different goal, however. Ursula wants to take back king Triton’s crown trident, while Captain Hook wants to kill Peter Pan aboard the Jolly Roger. Each player gets their own sideboard with a different set of actions, but the game is much more than an elaborate version of solitaire. Thankfully it also comes with a brief strategy guide for each villain. If you’re looking for something unexpectedly meaty, Villainous will do nicely for even the experienced board gaming crowd. Also be on the lookout for its expansions, Wicked to the Core (which adds Dr. Vacilier, Hades, and the Evil Queen) and Evil Comes Prepared (Ratigan, Scar, and Yzma.)

Dungeons & Dragons was once the object of parental ire and conservative scorn. Now it’s having a massive renaissance, with player numbers higher than they’ve ever been before. The game has become so popular that you can now pick up the Starter Set at Walmart. First published in 2014, the boxed set comes with a softcover introduction to the game suitable for both new players and potential Dungeon Masters along with a set of dice. You’ll also get access to The Lost Mine of Phandelver, which is an excellent adventure and a great introduction to the hobby. It’s also the canonical jumping off point for the popular actual play podcast The Adventure Zone.

Lots of families bust out the classic card game Uno around the holidays and at get-togethers because pretty much everyone already knows how to play. Five Minute Dungeon takes many of those same mechanics and uses them as fuel for a light dungeon crawl, one that builds in complexity and tension from round to round. It’s the perfect game to feather in to a family gathering, and is also suitable for all ages and experience levels.

While not available in stores, Fog of Love is a unique board game that’s actually a Walmart exclusive. It’s effectively a romantic comedy in a box, with players on either side of the table driving a relationship through its various ups and downs. It’s a bit more complex than most of the other games on this list, but it’s one of my personal favorites. For a great introduction check out episode two of Polygon’s long-running series, Overboard, on YouTube.

One Night Ultimate Werewolf is an excellent version of the classic hidden role folk game. Cards are dealt out at the beginning of the game that give everyone at the table a role to play. The catch is that one person at the table is a murderous werewolf, and it’s up to everyone else in the village to determine who that is before everyone gets murdered. In One Night there are several different kinds of villagers, each with slightly different rules. There’s also a mechanic that allows the werewolf role to travel between unsuspecting players. Add in an optional smartphone app that can help drive the action, and it’s a wonderful package for less than $25.

The original collectible card game, Magic: The Gathering, is a whole subculture. But at big box stores it’s been repackaged for laypeople like you and me. Magic: The Gathering Game Night isn’t located in the toy section. Instead, you’ll need to head up front to where the trading cards live near the checkout lanes. But it’s there, in a nice portable package. Inside you’ll find everything you need for one-one-one or multiplayer games. The kit comes with five pre-built decks, d20-shaped life counters, and a handful of cardboard tokens to get you started.

Matt Leacock’s Pandemic is perhaps the single best gateway into modern tabletop gaming. It’s also on sale at Walmart stores nationwide. It tells the story of a group of plucky heroes trying to stop a global outbreak of a number of deadly illnesses. Only by working together can players succeed. The game does have a tendency to lead to quarterbacking — that is, when the most knowledgeable person at the table takes control and crowds out everyone else. But, if you can keep from being too overbearing, it’s wonderful for new groups. 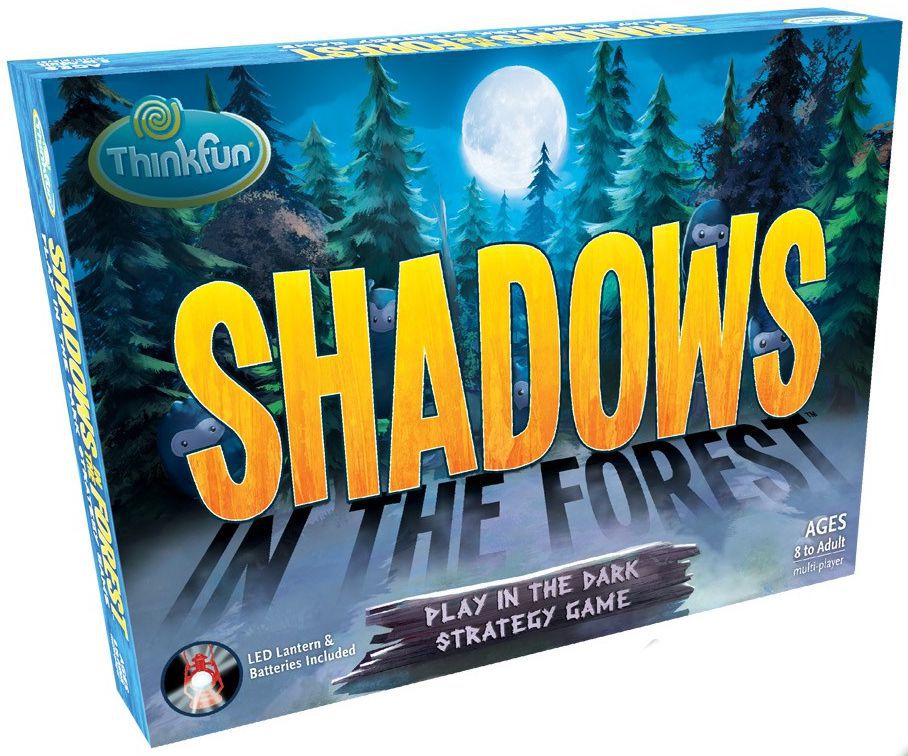 Shadows in the Forest

One of the best children’s games of the past decade, Shadows in the Forest requires that you play in absolute darkness. Inside the box is a tiny LED lantern and a glow-in-the-dark die. The object is to lead the adorable Shadowlings to safety by literally keeping them in the shadows cast by the game’s cardboard trees. Shadows in the Forest is a game that’s suitable for all ages, and one that excels by taking people out of their comfort zone and creating a unique tabletop experience.

Shadows in the Forest