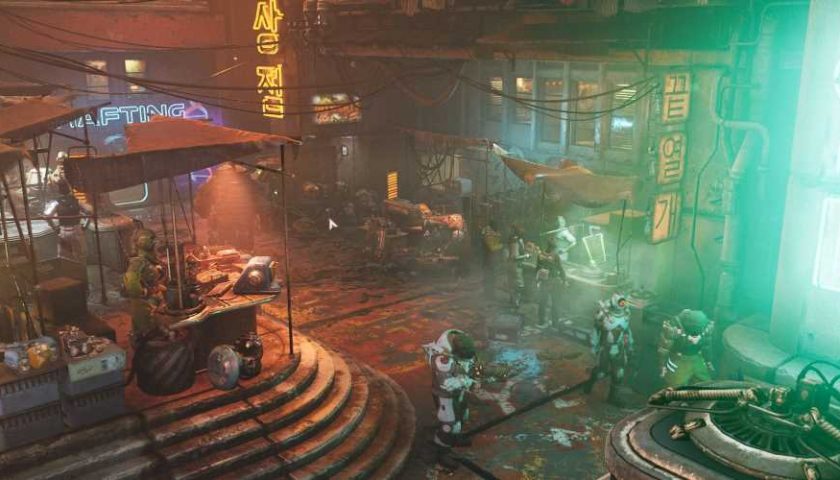 The Ascent is a cyberpunk twin-stick isometric RPG that tells the story of Veles, a brutal futuristic world where corporations control the population through debt and raw terror. On Veles, indents—slang for indentured workers—and their corporate overlords live in stacked Arcologies, enormous tiered cities where one’s position in the corporate hierarchy determines how high they can ascend. When the Ascent Group suddenly loses control of their Arcology, a flurry of mega-corporations and underworld elements race to claim territory in the towering cityscape.

Yet while The Ascent will scratch your itch for dystopian cyberpunk, the main campaign is quite short, and can be beaten anywhere from nine to 14 hours. If you're looking to dive a bit deeper into the world of Veles, or hoping to stack your character with powerful weapons and augmentations, The Ascent’s side missions offer the best means of quickly leveling up your character and getting a better glimpse at the Arcology’s hidden horrors. 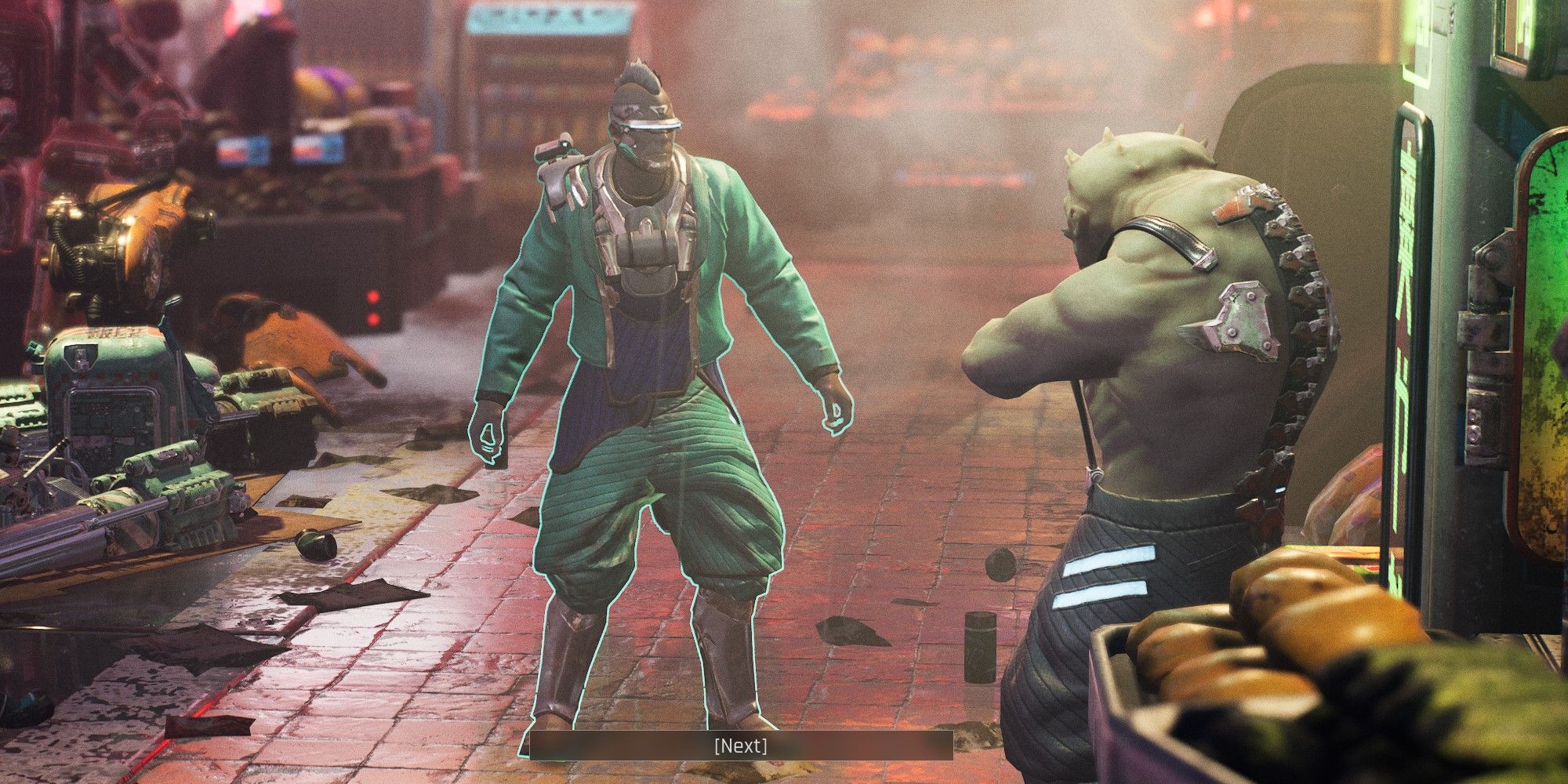 Veles might be a corporate hellhole, but somehow, people are still finding time to work out. If you head over to Atticus’ gym in Cluster 13, you can help out a group of aspiring body builders fast track their gains by acquiring some, um, perfectly legal “boosters.”

While you will be able to snag this side mission early in the game, you'll eventually need to travel to The Node, which only becomes available after completing the Main Mission Trading Places. Completing this side quest is worth it however, because it ultimately opens up One More Rep, where you have to deal with some undesired side effects of those sketchy boosters. 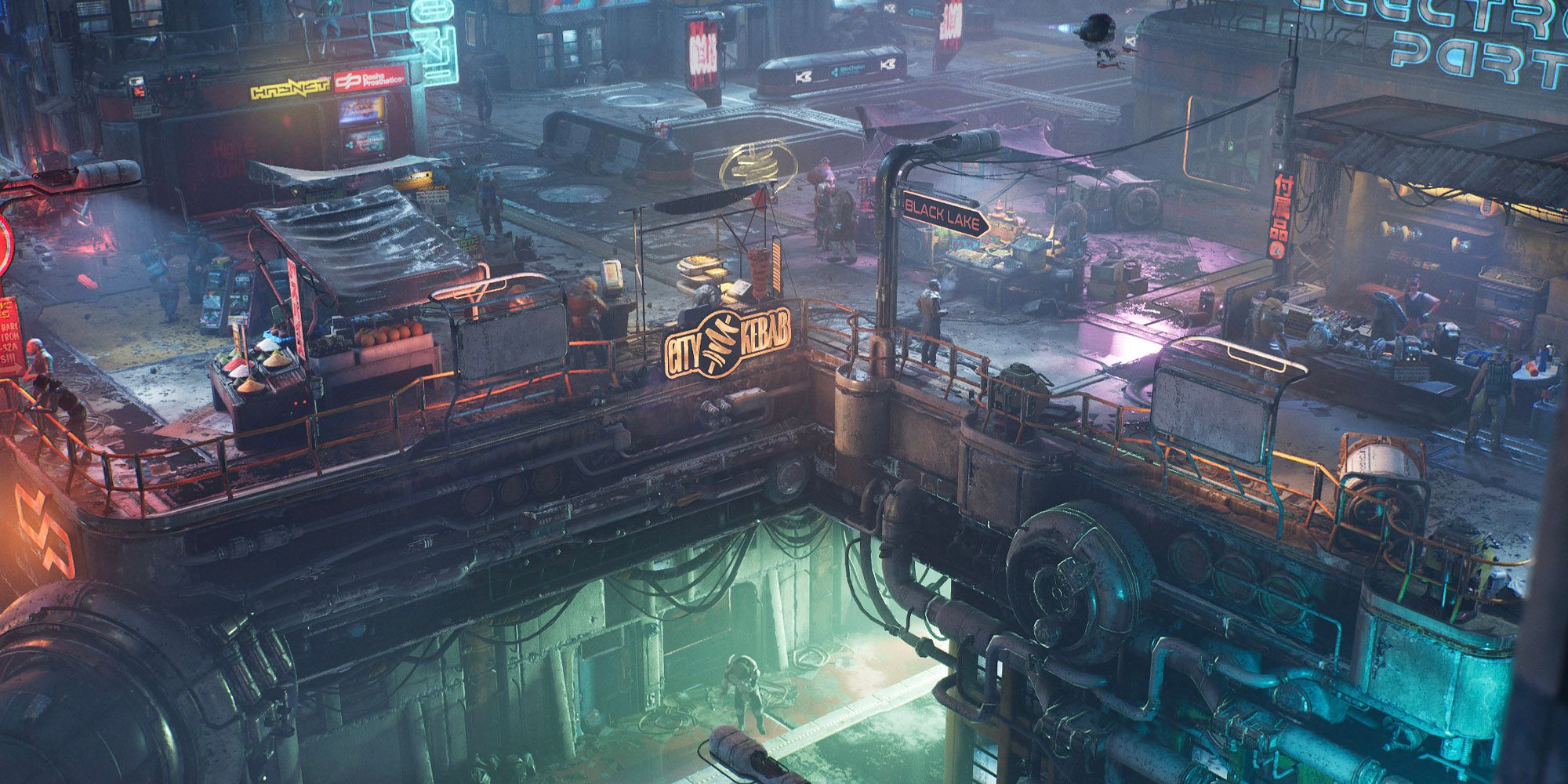 A cyberpunk dystopia would be nothing without its share of twisted scientists, and this mission lets you help Cluster 13’s resident scientific sociopath Beezelcheck investigate the lethal potential of stasis drones. Acquired by visiting Beezelcheck’s lab in Cluster 13, the scientist will ask you to go out and kill ten beings by using stasis on them first.

This side mission is ultimately a great way to learn how to use stasis to take out your enemies, and although its monetary payout is minimal, you'll be rewarded the Stasis Jump augmentation for free. 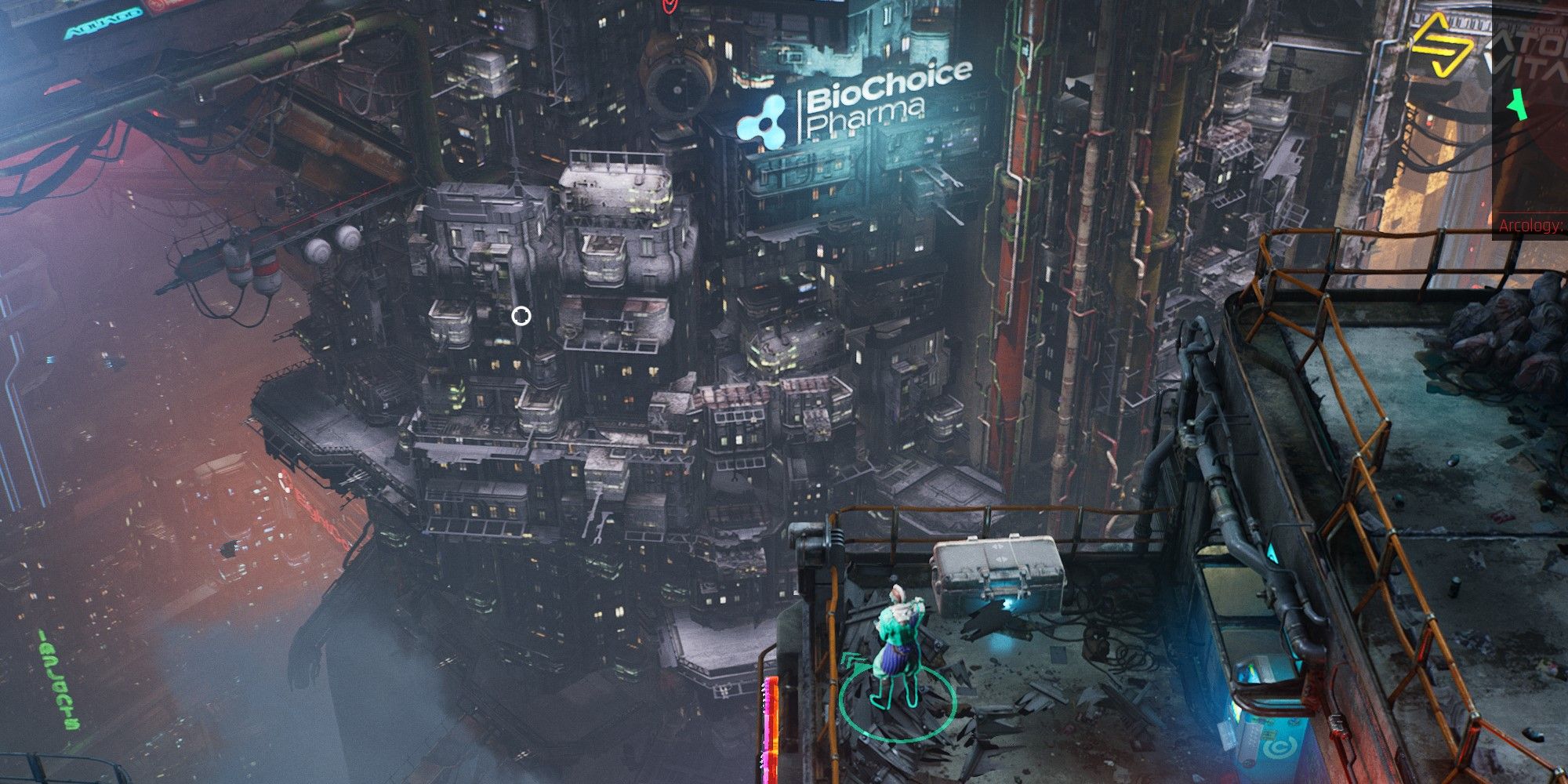 This mission is acquirable by visiting Anteen, a Karlan who can be found at the Serenity Plus bar in Cluster 13. Anteen’s partner Undina has recently died, and her body has mysteriously disappeared, a strange occurrence he'd like you to help him investigate by breaking into the local morgue.

As one might expect, there's more to the story than meets the eye, and Anteen’s assignment ends up pushing you to explore the nasty depths of the Arcology, and lets you walk away with another useful augmentation. 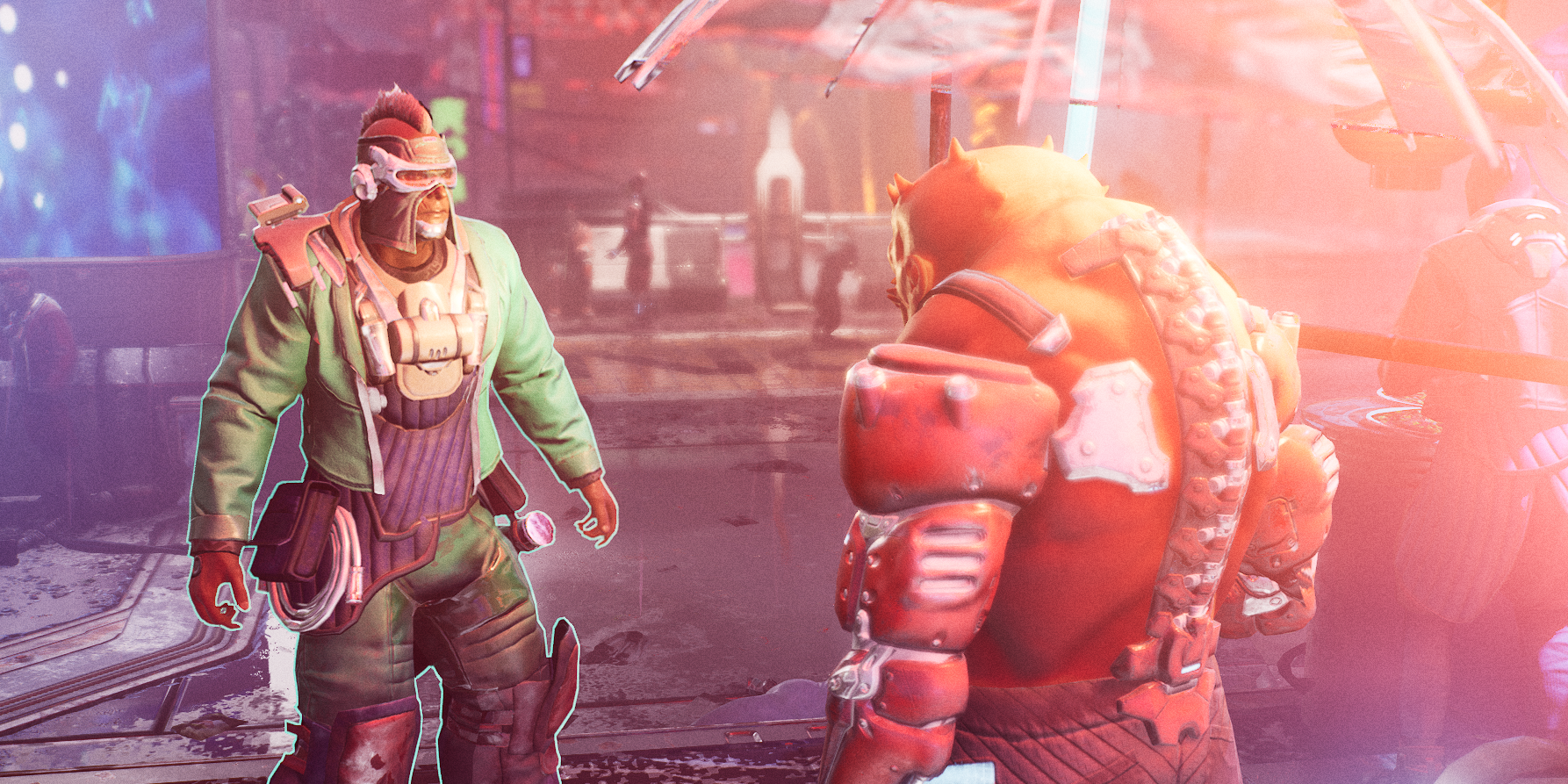 The Arcology is full of indents trying to pay off their debts, and this mission lets you help a guy named Ubi Gadgeteer escape his monetary woes by rigging a race in his favor. You can find Ubi in the Node, but you'll eventually have to set off for the racetrack in the CorpZone.

As you would expect, things won’t go very smoothly, and you'll face a tough shoot-out toward the end of the mission that will require an upgraded arsenal. When you finally emerge triumphant, expect a good EXP boost and a Proposulion Leap Augmentation.

The culinary options in the lower tiers of the Arcology might be sub-par, but even among indents, there are some basic sanitary expectations. One of the Node’s local restaurateurs named Francone, who can be found at the local restaurant row, needs your help with exactly this problem, and will send you to figureout why his meat dealer has been shipping him meat that has been making the clientele sick.

The meat dealer will end up being a real sicko, and the side mission will give you a nice juicy look into the innards of the Arcology’s meat industry, as well as Francone’s artistic inclinations. Material rewards will be modest on this mission, but it's one of The Ascent’s many side missions that bring color to the overall story. 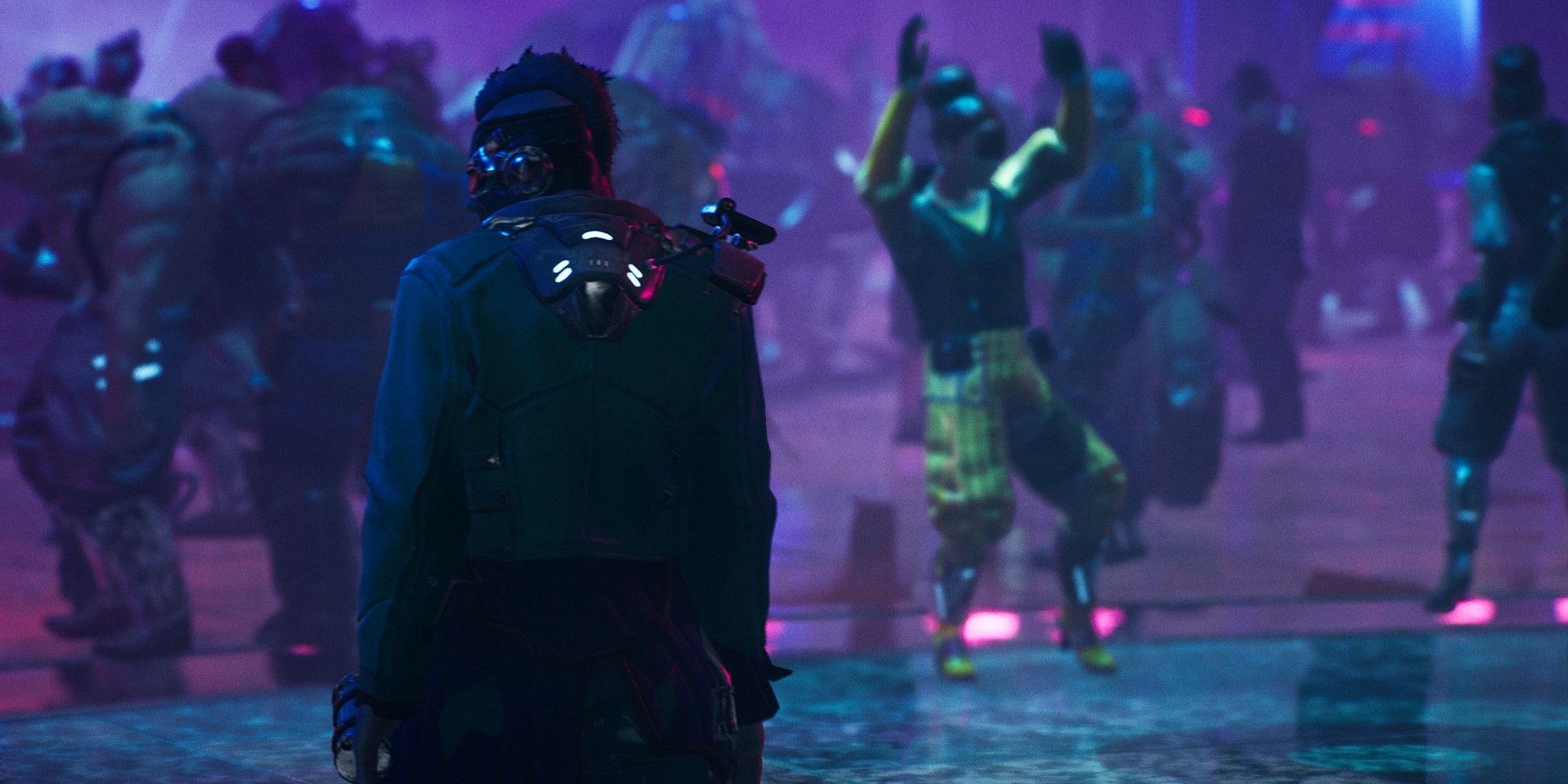 Raphael, who can be found hanging out at the offices of Karma: Offworld Logistics in The Node, has lost a valuable bag during off-world travel and needs your help to claim his lost luggage at the baggage claim in Tham’s Gate. After clearing the place of Rojin thugs, and potentially shooting a two dozen innocent bystanders along the way, search for the bag in one of two possible locations and deliver it to Raphael’s associate Taoka at the Dreamworld club in the CorpZone.

As a heads-up, this side mission can’t be finished before you complete the main mission called Foreign Code, and while the mission is good for its EXP bonus and the cash reward, it also opens up Taoka’s side mission, Wash n’ Go, whose reward can potentially help you earn even more fast cash.

Some of life’s greatest (or worst) adventures begin by the bathroom stalls of a dim-lit bar, and the same is true of this side mission, which you can get from Humble Ivan in the bathroom of the Dirty Dive bar of Stimtown. Humble Ivan will prompt you to travel to ask Kaiser First, the owner of a local caged fighting ring, for a new beast to train for future matches.

You'll quickly discover that Humble Ivan has left out some key details about what to expect when you get to Kaiser First’s death ring, and as you might guess, you'll need to withstand some heavy violence. Still, the mission offers a good look at the underworld of cage fighting in the Ascent and will teach you a good lesson about trusting strangers you meet in the bathroom of your local dive bar. 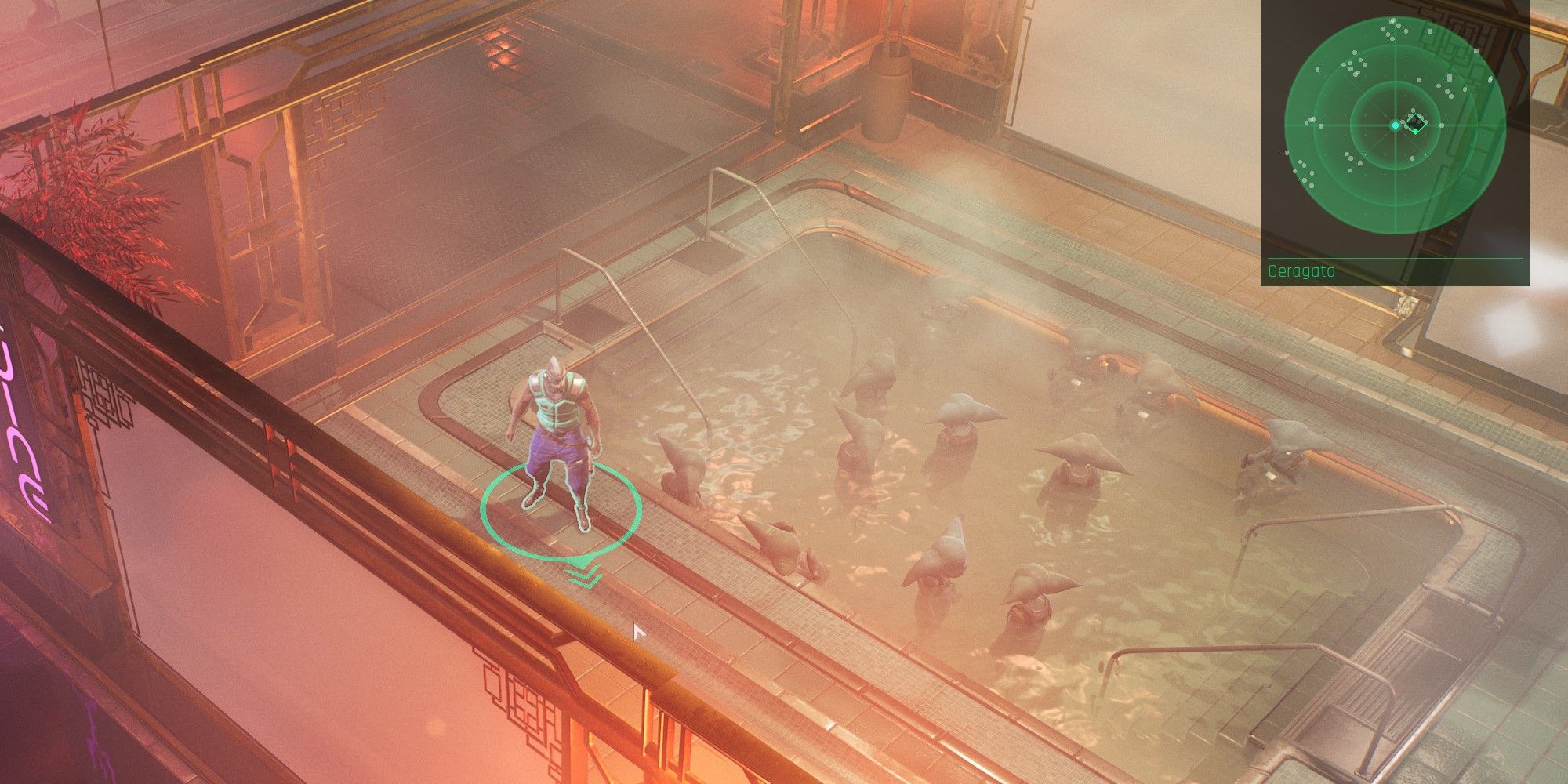 The ultrarich in the Arcology have very refined palettes, and their high standards also extend to the water they drink. The trouble is that a local vendor in the northeast section of High Street named Ariel, who makes a living selling water to the bourgeoisie living in the Pinnacle, needs to replenish his stock. He will send you to find the most coveted of water sources: the bathwater used by Karlans at a local bathhouse.

While this is ultimately a simple fetch quest, you’ll at least get a chance to visit the local bathhouse, learn of the Arcology’s rarer delicacies and walk away with more money in your pockets.

There is not much in life more valuable than a good bowl of soup, and this is precisely the reason why some people in the Arcology are willing to go to great lengths to get their hands on a solid broth recipe. Sal Mon, who spends his time on the restaurant row in Stimtown, is one such soup agent, and he will assign you the task of stealing a local chef’s soup recipe at all costs.

Your pursuit of the Arcology’s greatest soup will take you to Cluster 13 and the battle-hardened apartment complexes of Blossom Hills, on a mission that requires both infiltration and crude muscle. 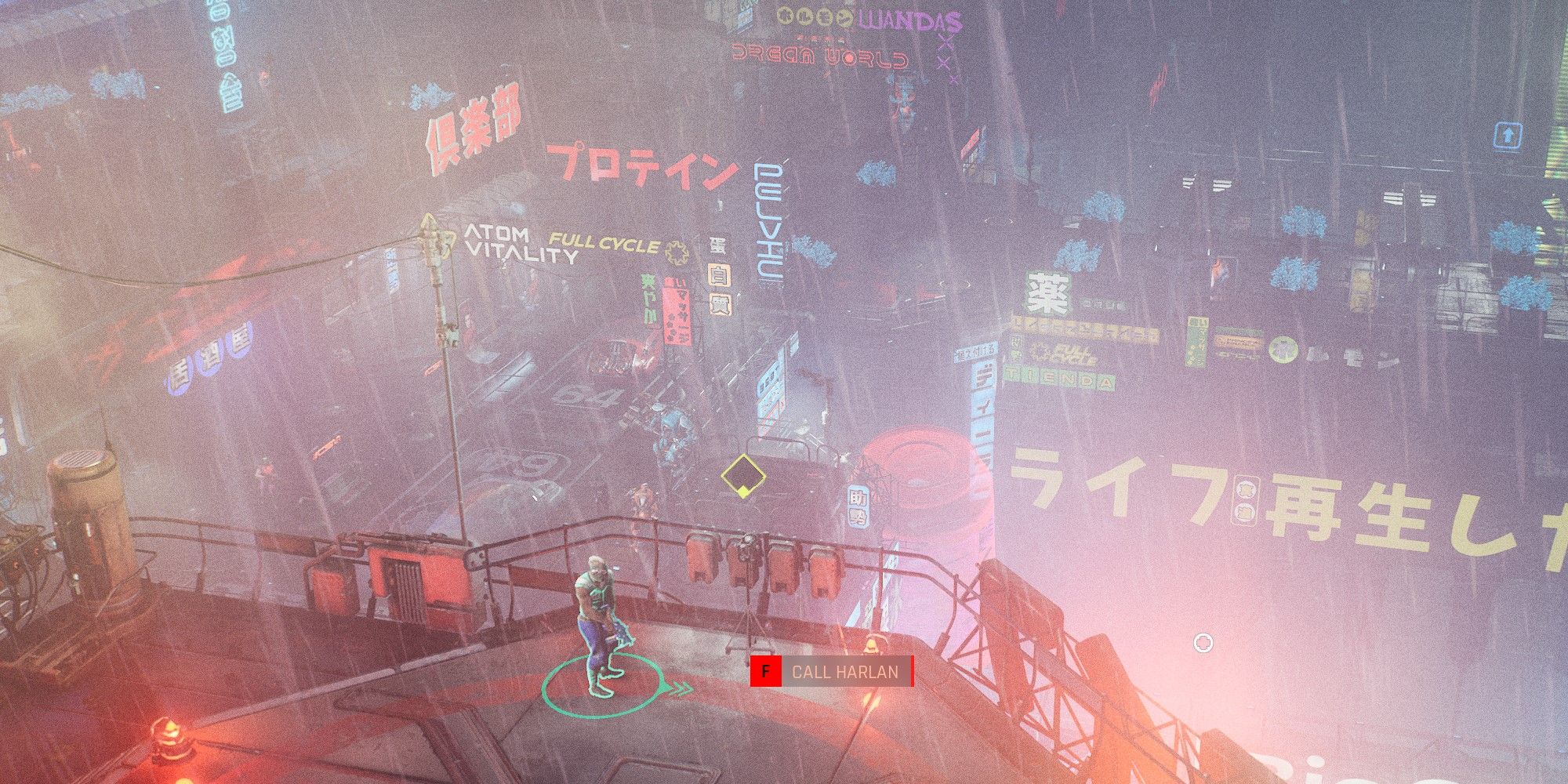 Not everyone in Veles has the muscle, corporate rank or even the will to ascend through the tiers of the Arcology, but that doesn’t mean many wouldn't like the chance to see what sights it has to offer. Early in the game, you can encounter a curious resident loitering outside the bar you pick up bounties at in Cluster 13 named Harlan, who will task you with setting up VR cameras on the various tiers of the Arcology, so that he can see the horror and the splendor of the world from the comfort of his couch.

While you won’t be able to finish this side mission until you’ve made your way through a solid chunk of the main campaign, helping Harlan see the world is arguably one of the most harmless, altruistic activities you can pursue in the Ascent. Of course, it doesn’t hurt that you also get a solid EXP boost and a nice chunk of cash for your troubles either.