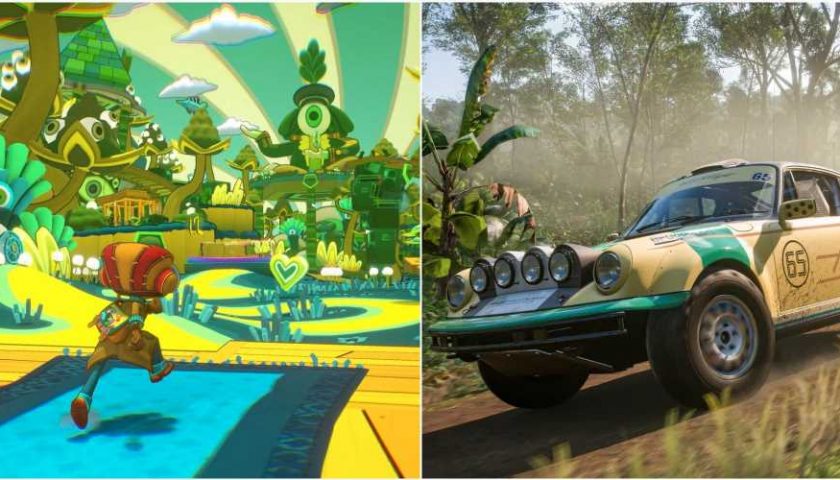 After making its surprise debut at The Game Awards in 2019, the Xbox Series X had left viewers and audience members alike with the promise of unprecedented power inside its tower-like form factor. And while its claim of being powerful enough to "power your dreams" seemed a bit lofty, we'd also gotten our first taste of that power during that award ceremony.

This came through a tech demo for Hellblade 2 by Ninja Theory, showing Senua's face being rendered in real-time with an almost impossible level of detail. The game itself might still be some ways off, but we've gotten quite a number of others since the console launched one year later, proving the capabilities of the machine. What follows are a few games that really put all the extra teraflops in both the Xbox Series X and S to good use. 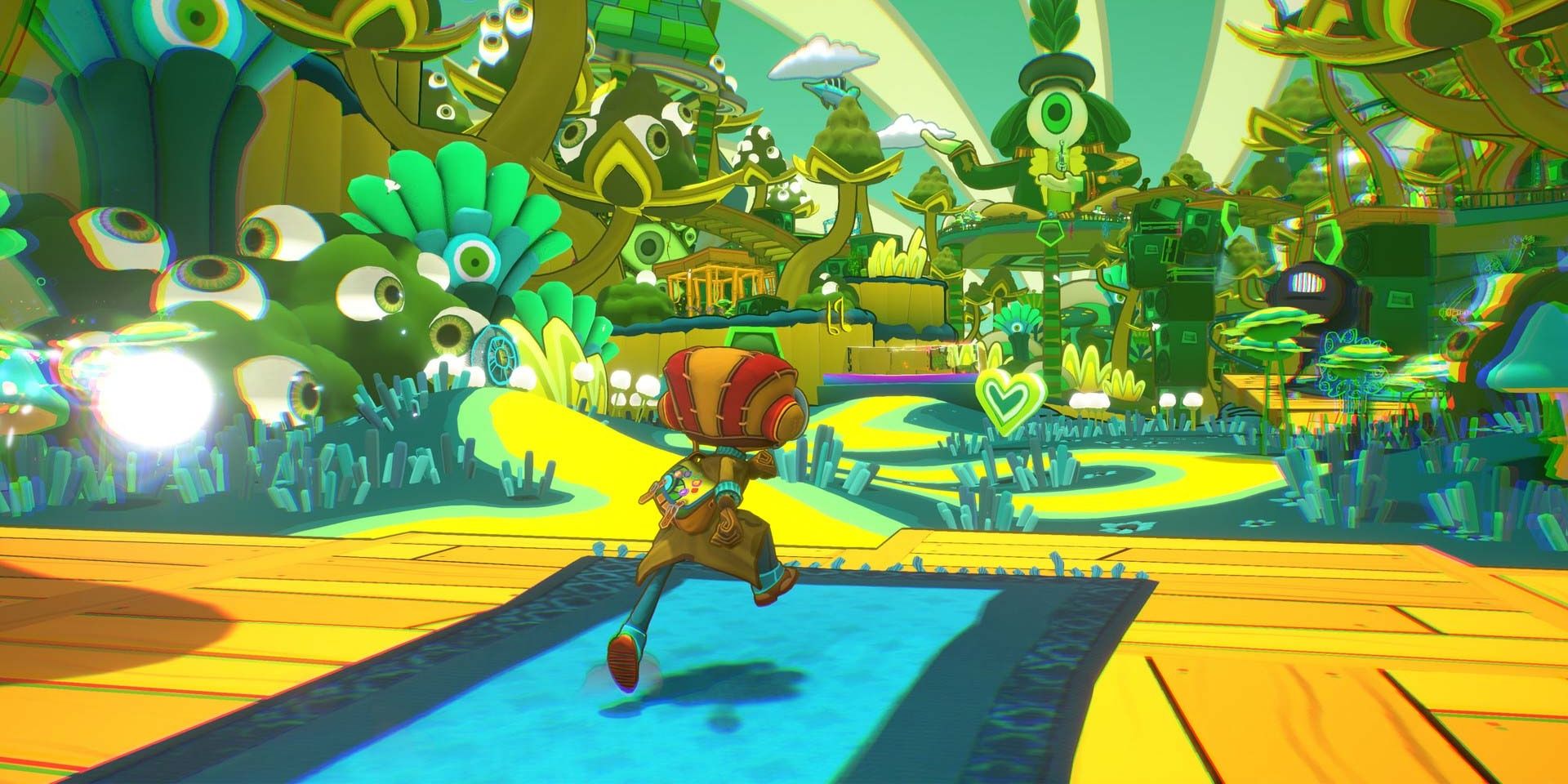 Following a successful Kickstarter campaign in 2015, Double Fine had set out to make its most ambitious game yet in the form of Psychonauts 2, a sequel to the action-adventure platformer, which had itself made its debut on the original Xbox in 2005. The studio was subsequently acquired by Xbox Game Studios in 2019, which no doubt helped to inject even more resources into the project.

Thankfully, all that extra time and resources had paid off in the final product, which is arguably one of the best-looking games to grace an Xbox console in recent memory. The game had debuted to unanimous praise, with most of that praise being directed at its graphics and inventive level design. The striking quality of its visuals might have more to do with its art direction than the sheer number of polygons being rendered on the screen, but it is all still brought to life so vividly on the Xbox Series X and S. 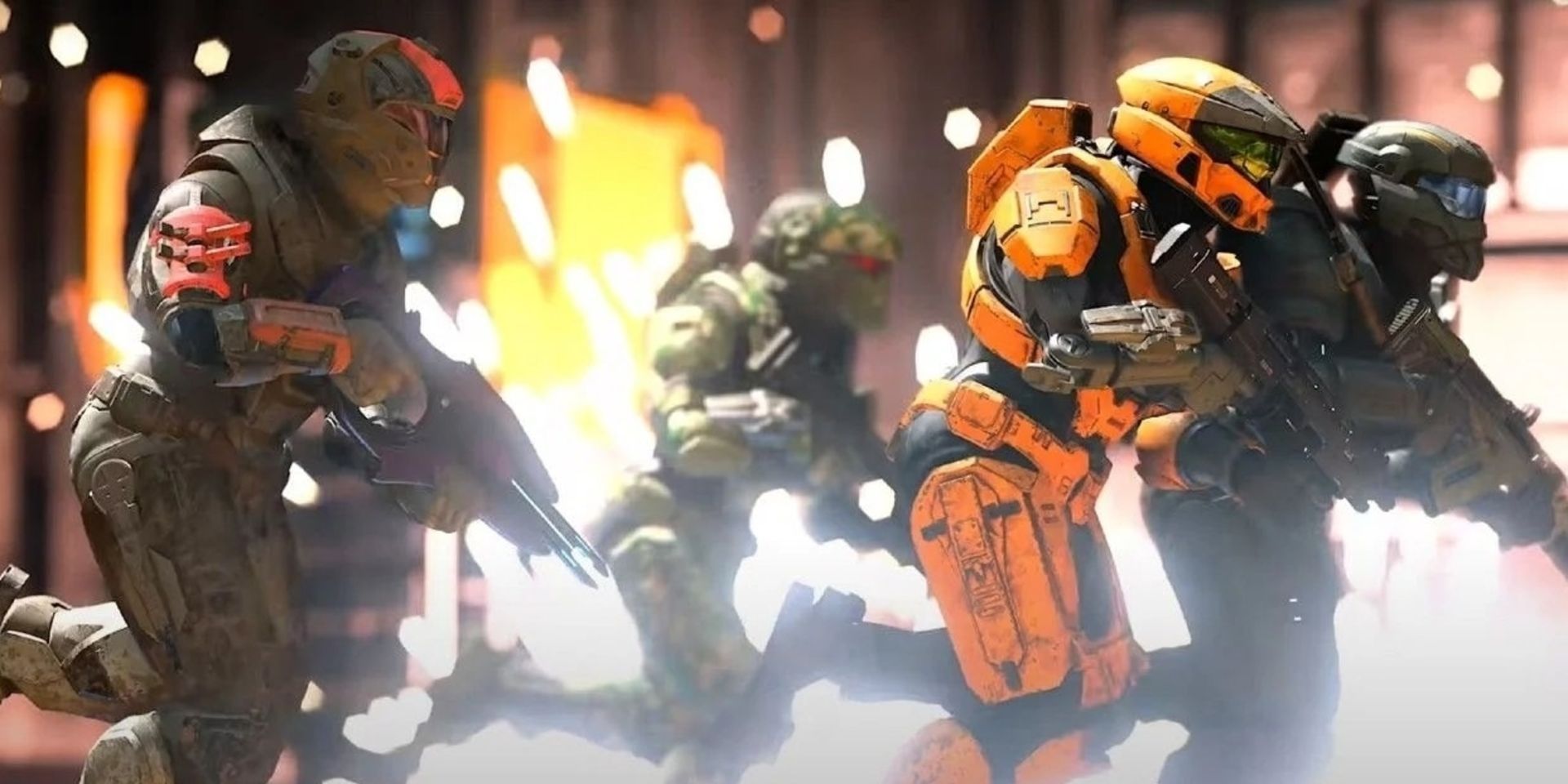 It is still hard to believe that the Xbox Series X had launched without Halo Infinite or any other kind of must-play title to justify its purchase. But given how poorly received the game's first showing had been in 2020, 343 Industries had no choice but to delay it into a 2021 release window so that it could receive the kind of polish fans expected from a next-gen Halo game.

The game wouldn't come until the tail end of 2021, though, by which time it was clear that the additional year and a half of development time had paid off in spades. Not only did it look leagues better than it originally did in that initial build, but it also boasted one of the best sandboxes featured in a Halo game, hearkening back to the freeform exploration first seen in Halo: Combat Evolved on the original Xbox. 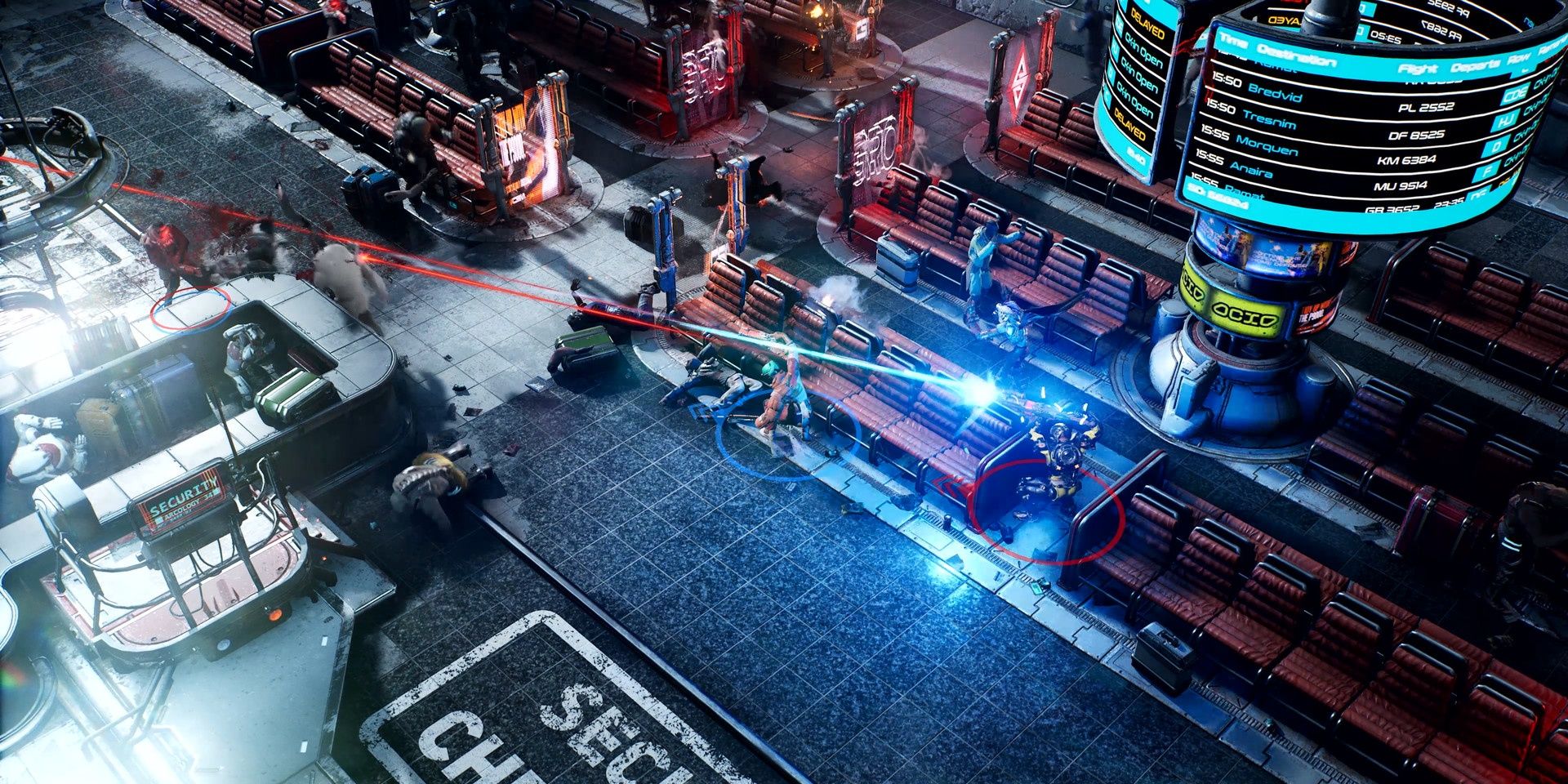 When discussing the most graphically demanding games, one does not typically think that a twin-stick shooter played from a top-down, isometric viewpoint would fit the bill. Except now we have The Ascent, the debut game from indie developer Neon Giant, proving we haven't seen everything that particular style of game has to offer.

The game was unveiled during an Xbox showcase in 2020 but failed to launch alongside the Xbox Series X as originally intended. It would instead get released in 2021 as a timed console exclusive. Despite being developed by a team of just 11 people, the game still serves as a worthy showcase for the capabilities of the Xbox Series consoles, wowing players with its densely detailed cyberpunk-inspired world. The fact that it had launched with some technical issues is further testament to just how hard it was pushing the hardware. 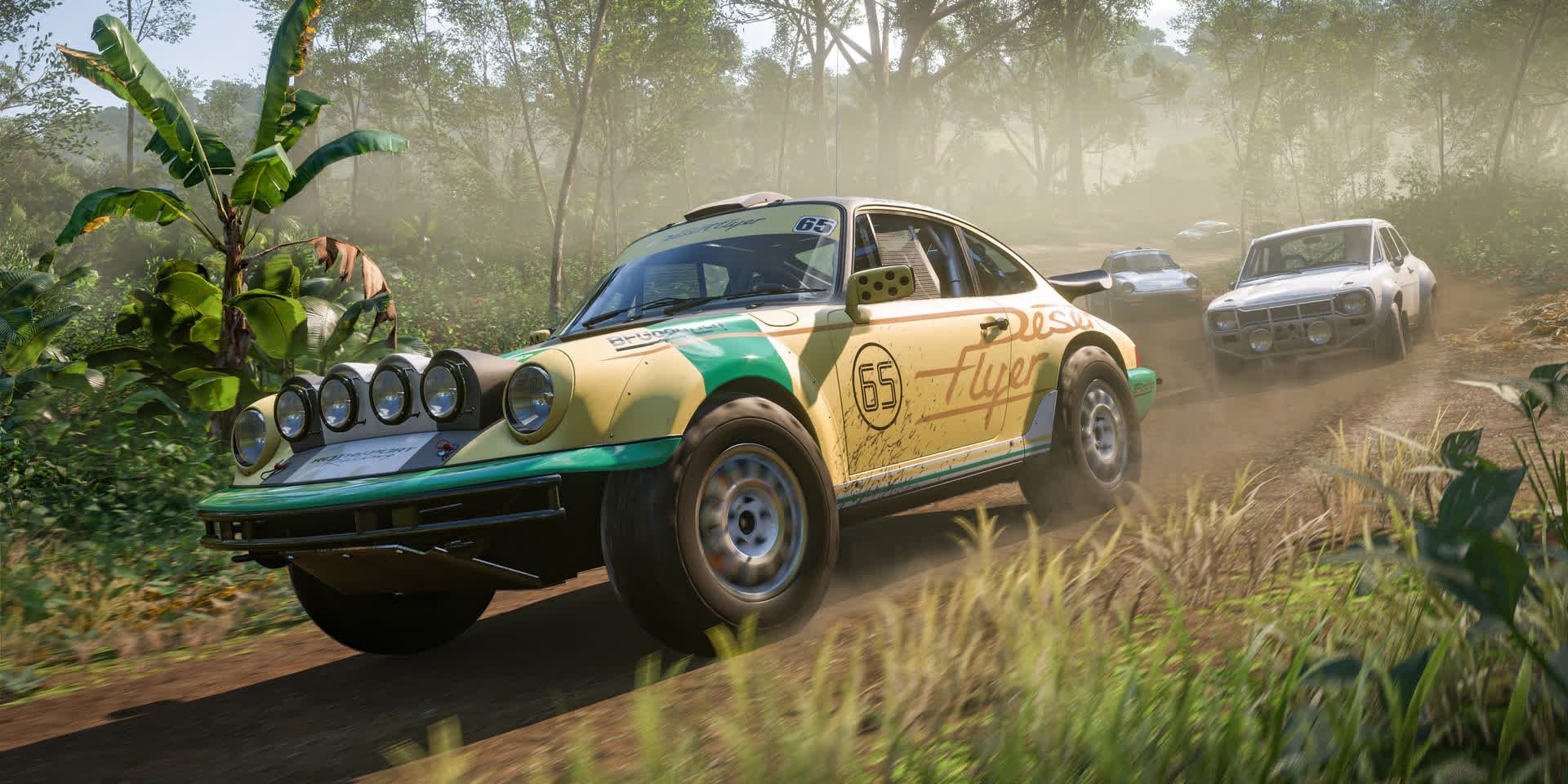 The Forza games have always looked great since the debut of Forza Motorsport on the original Xbox, so when a new Forza game was announced during the Microsoft Conference at E3 in 2021, many were excited to see just how far it would push the graphics envelope. Well, nothing could have prepared us for the sheer beauty of Forza Horizon 5.

With a near photorealistic open-world and extremely-detailed car models, the game holds the distinction of being one of the best-looking racers currently available on the Xbox Series X and S, despite being a cross-gen title. One can only imagine what a true next-gen Forza Horizon would look like once support for the Xbox One is dropped and the developers at Playground Games are fully able to tap into the capabilities of the Xbox Series consoles. 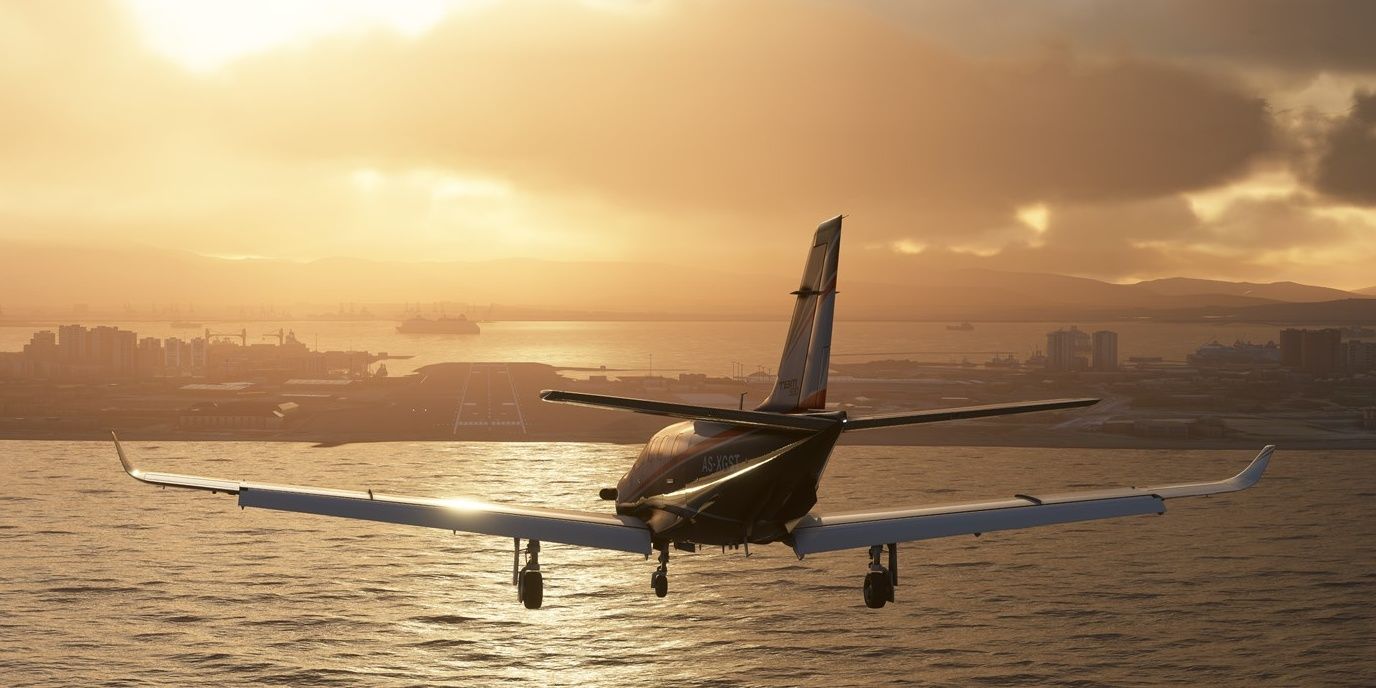 Released on the PC in 2020, Microsoft Flight Simulator is the latest entry in the long-running series of amateur flight simulation games. The series had been on a 14-year hiatus following the release of Flight Simulator X in 2006 but managed to come back with quite the bang with its latest entry, all thanks to some truly jaw-dropping visuals.

A port was released for the Xbox Series X and S in 2021, a feat in and of itself. Leveraging the power of cloud computing, the game is able to stream real-time weather and flight information to simulate flying across the world like never before. Not many video games have been able to achieve that level of graphical fidelity, and the fact that the game is able to run on the Xbox Series consoles so competently is technical wizardry at its finest.