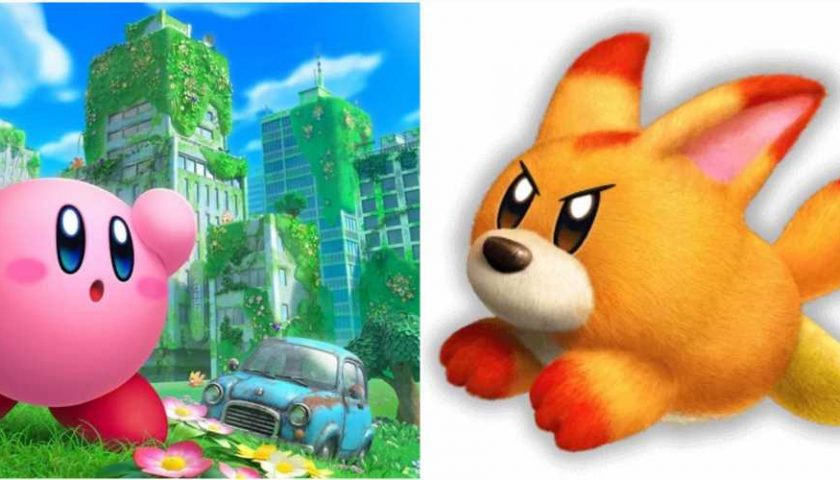 Kirby is an adorable video game icon who has been gracing us with his presence since his debut on the Nintendo Entertainment System in 1993. But Kirby isn't the only adorable character from his franchise, as there have also been plenty of allies and even enemies with a similar cuteness factor.

Like other games before it, Kirby And The Forgotten Land introduces a number of brand-new enemies, most of which are members of a group known as the Beast Pack. Of course, many of these enemies are still more adorable than threatening in terms of appearance, continuing the Kirby tradition. Here are the cutest. 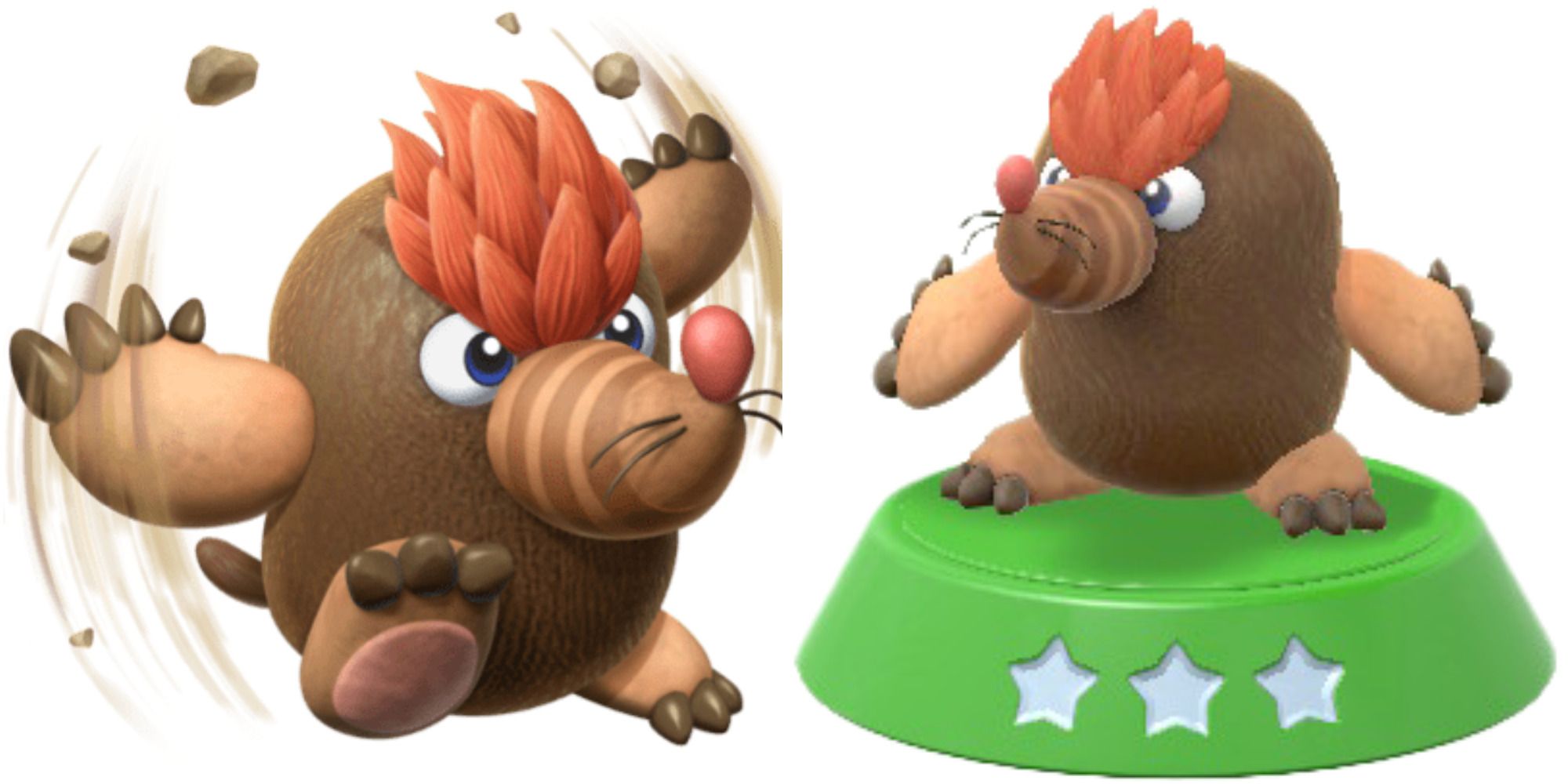 Digguh is a mole-like enemy that will throw dirt or dig a tunnel to hurt Kirby once they see him. When consumed by Kirby, Digguh gives him the Drill ability, a newly introduced ability in Kirby and The Forgotten Land.

Like other abilities, the Drill ability has two evolved forms and can be upgraded to once the blueprints are unlocked, and Kirby has enough coins and rare stones to purchase them. 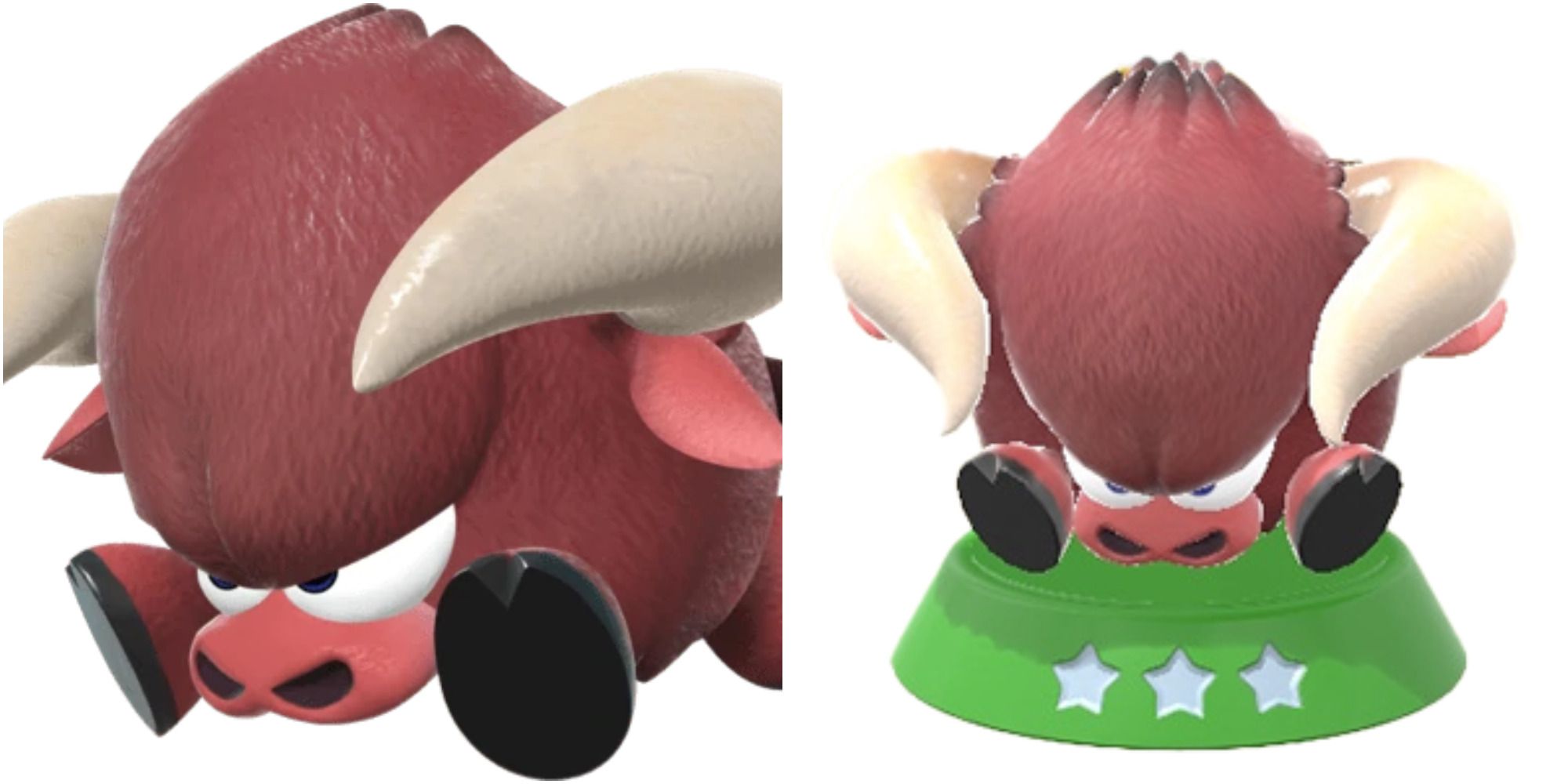 Buffahorn is a large bull-like enemy that Kirby cannot consume normally, and it will charge at Kirby when it spots him. Buffahorns charge in a straight line, and turning is difficult for them, so they easily fall off cliffs or run into walls when Kirby is in the correct position.

Maybe there will be smaller Buffahorns in the future that will give Kirby some kind of charge ability when consumed, along with a horned hat, of course. Whether Buffahorn stays in the franchise or not, it'll at least be memorable due to its physical appearance, even if it isn't quite as cute as other new enemies. 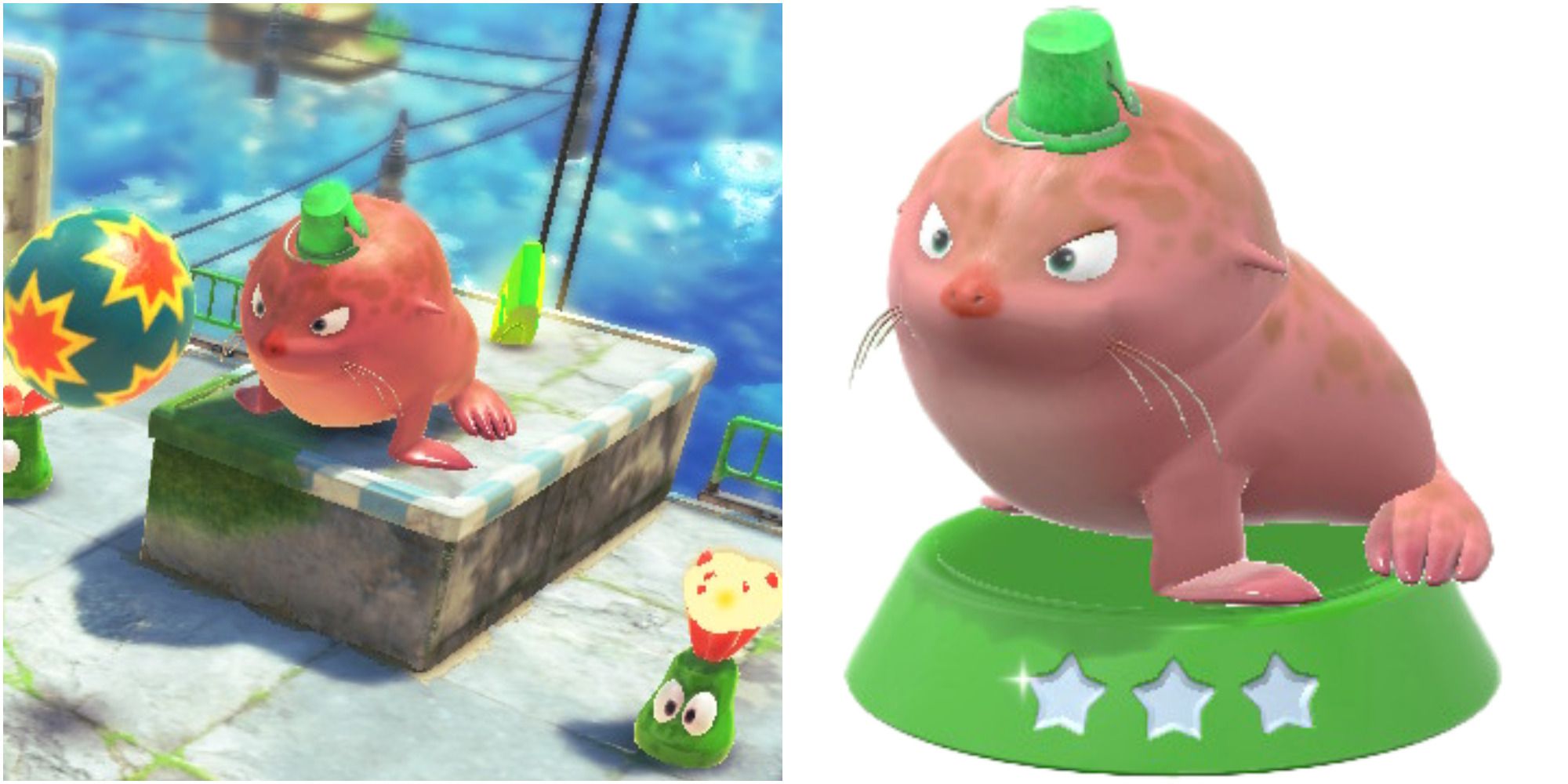 Balloon-Meister is a seal or sea lion-like enemy and is similar to the cut Pokemon from the Gold & Silver Beta, Bomushika, in that it has a ball that also happens to be a bomb. Balloon-Meister performs tricks with its ball to attack Kirby and somehow has an infinite supply of them.

While Balloon-Meister itself is too big to be inhaled by Kirby normally, he can inhale its ball, which gives him the Bomb ability or its upgraded forms once they have been unlocked. Balloon-Meister may not be the most original enemy in the Kirby series, but his appearance still helps make him memorable. 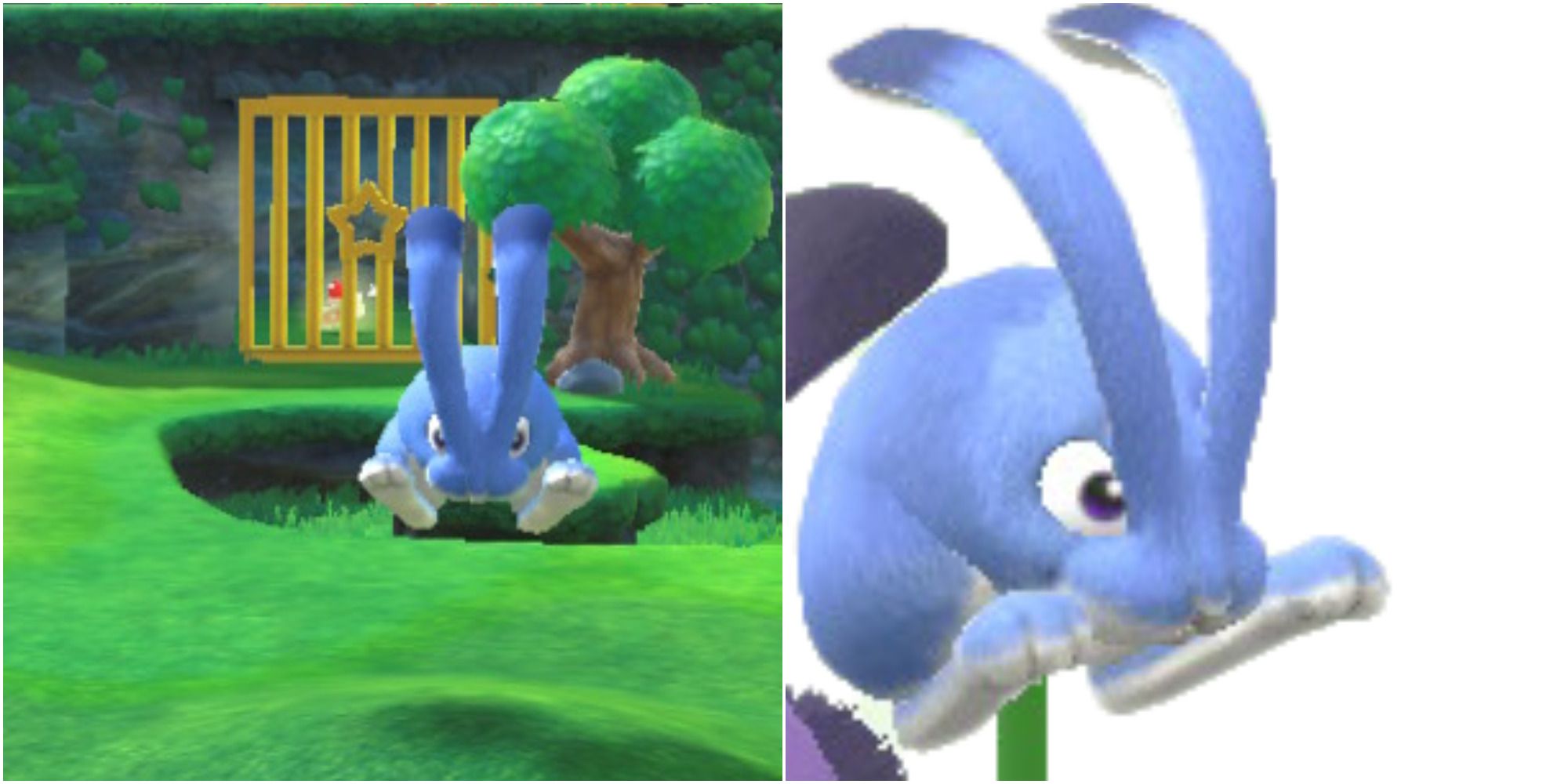 Rabiroo, as one might be able to infer from the name, is like a cross between a rabbit and a kangaroo and is one of the earliest new enemies encountered. Like both their namesakes, they hop all over the place, in fact that's all they do.

Since all they do is jump, they don't give Kirby any abilities when he inhales them. Just like other members of the Beast Pack, Rabiroos are another creature one might wish to pet purely due to their fuzziness and seemingly harmless appearance, instead of having to destroy or avoid them to prevent Kirby from getting hurt. 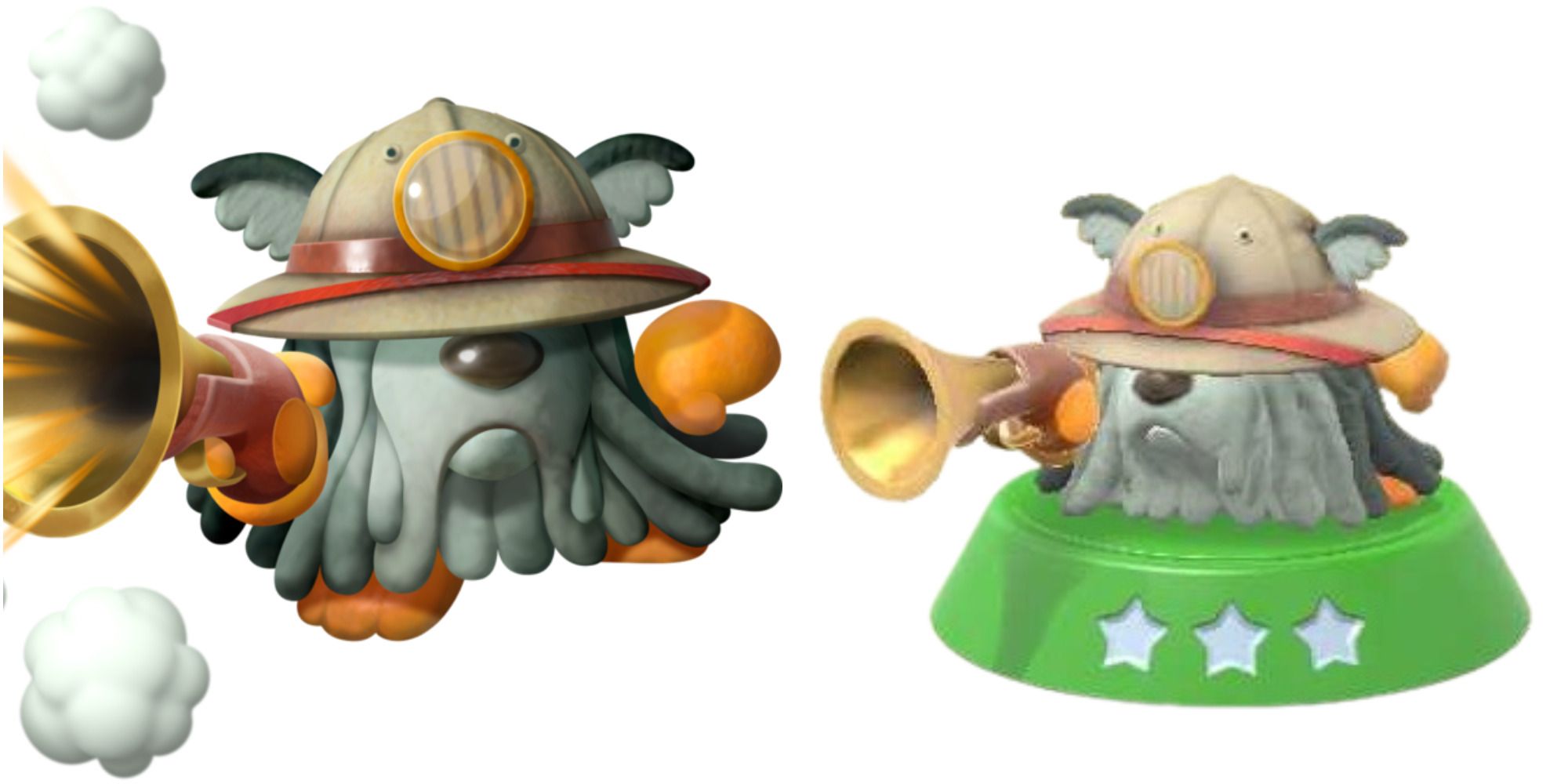 Bernard is a dog-like enemy equipped with a hat and a gun. Described as an "expert marksman" in the game, Bernard will shoot Kirby as soon as it sets its sights on him, and somehow its aim isn't affected by its slightly oversized hat or long hair.

After attacking Kirby or attempting to, Bernard will briefly hide behind nearby cover until trying again. When inhaled, Bernard gives Kirby the Ranger ability or its evolved forms, a new ability allowing Kirby to shoot enemies and other targets from long distances. Like other dog-like enemies, it's hard not to love Bernard, so hopefully, he won't stay as an enemy in future Kirby games. 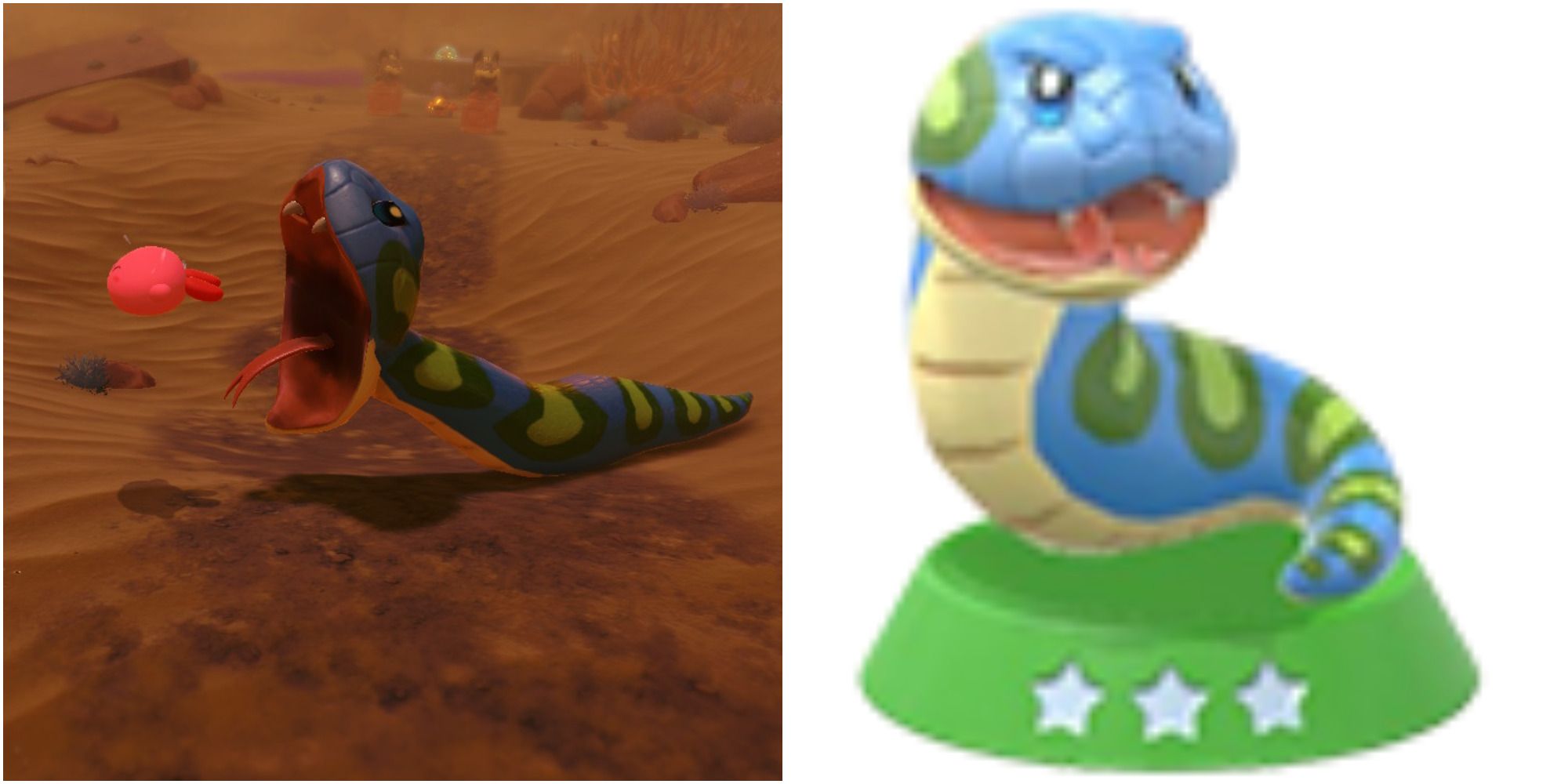 Sssnacker, as one might be able to tell from its name or appearance, is a large snake-like enemy that does not give Kirby any abilities, but there's an excellent reason for that. When Sssnacker spots Kirby, it will slither toward him as fast as it can and then swallow him whole, containing Kirby until he fights his way out.

The capsule description for Sssnacker also humorously mentions how its method of attack and seemingly elastic body are familiar. With so many similarities to Kirby, maybe Sssnacker or a smaller variation will reappear as an ally in the future, but it probably won't gain Kirby's copy ability. 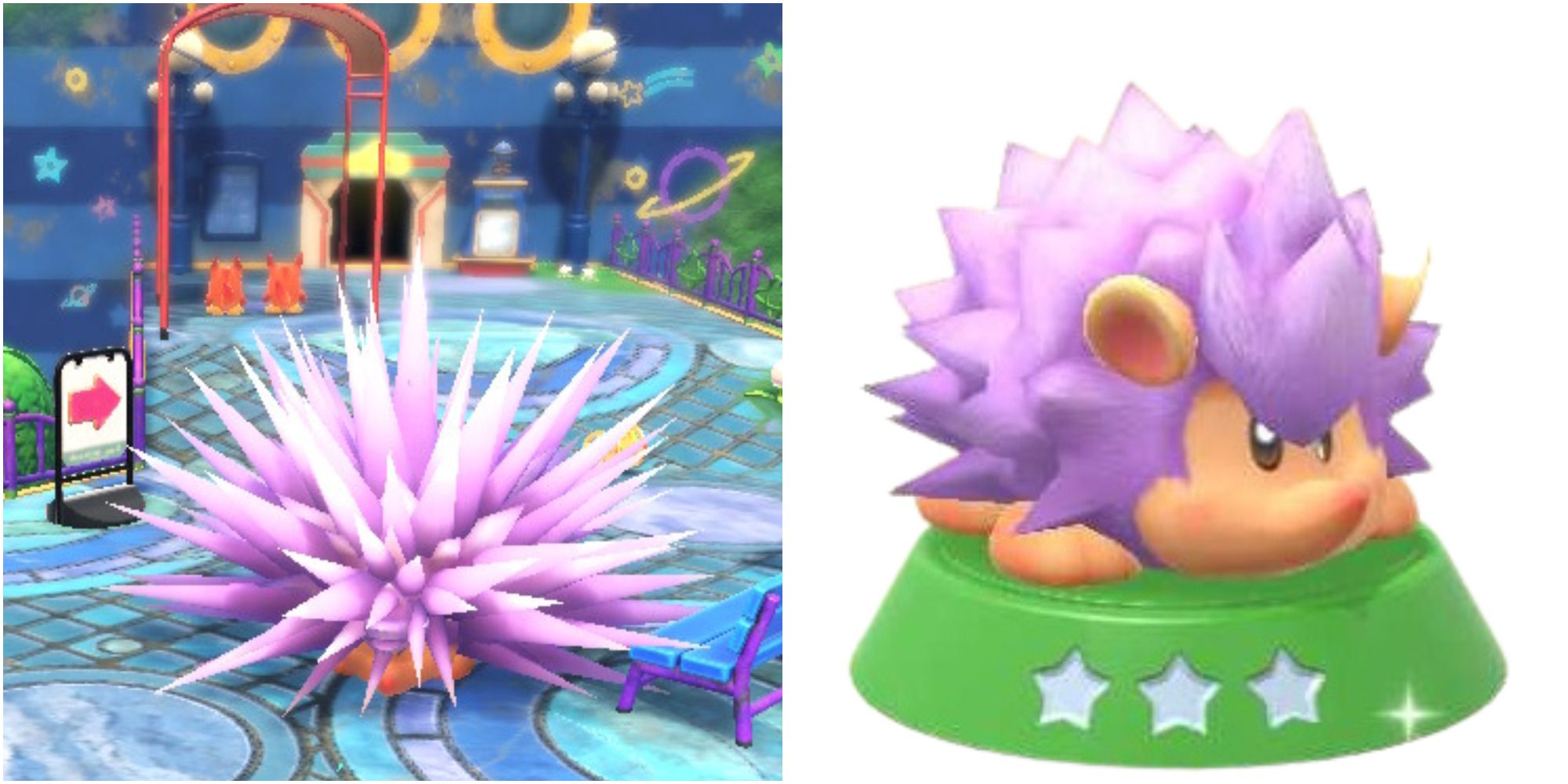 Jabhog is a big yet adorable hedgehog-like enemy, but it can be inhaled normally and gives Kirby the Needle ability and its evolved forms if they've been unlocked. Kirby cannot inhale Jabhog if its quills are out but can inhale it when the quills are briefly retracted.

Jabhog doesn't give Kirby a new ability, unlike other new enemies in the game. Other longtime enemies like Needlous already give Kirby the Needle ability when inhaled. Because of this, Jabhog is less likely to return in the future, unless maybe a smaller version replaces Needlous instead, which would only further increase Jabhog's cuteness factor. 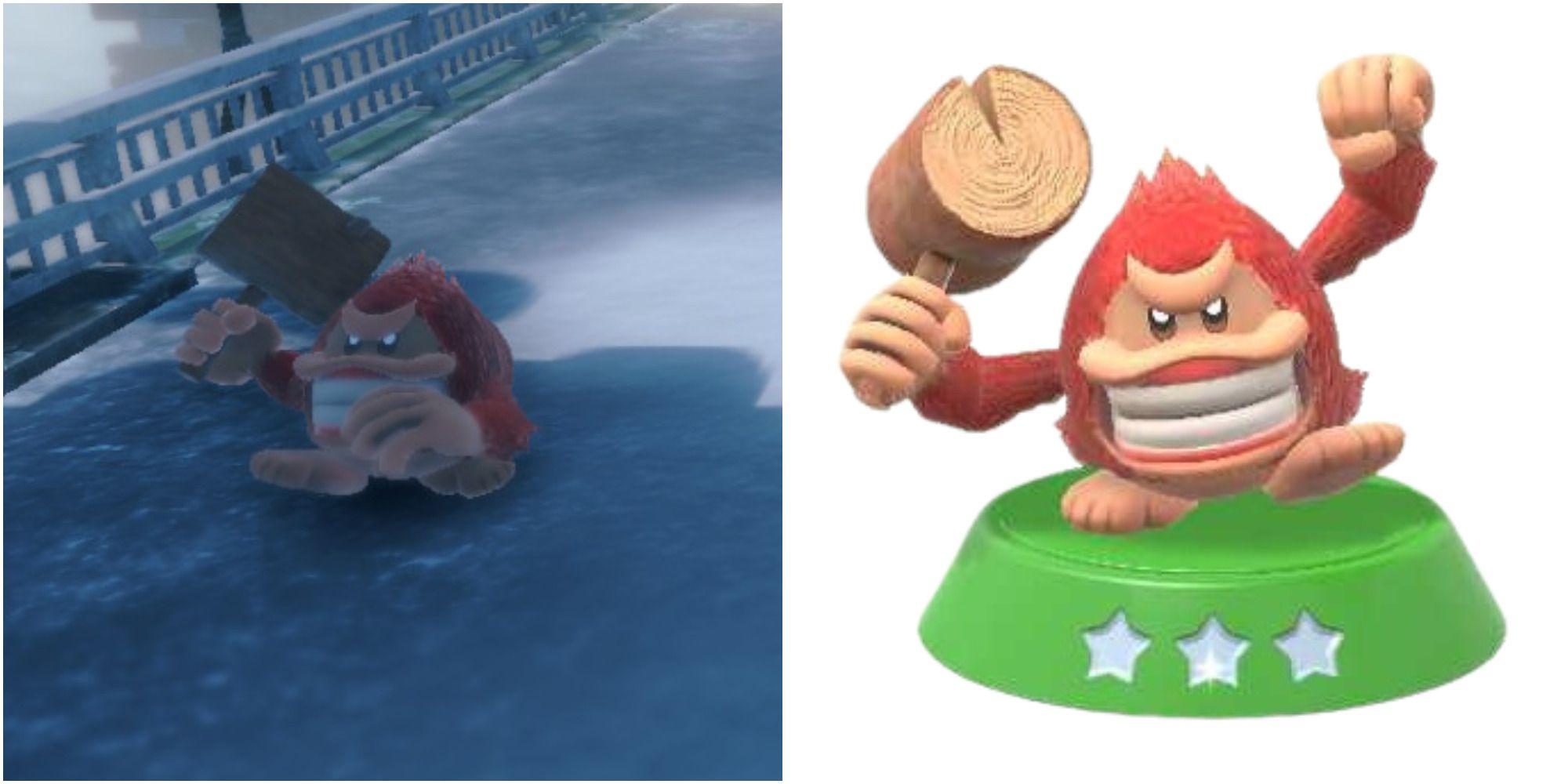 Mookie is a monkey-like enemy and similar to a smaller version of longtime mid-boss Bonkers, or the Wild Bonkers variant unique to Kirby And The Forgotten Land.

Of course, because Mookie is a small monkey, it's one of the most adorable new enemies in the game. Like the previously mentioned mid-bosses, it gives Kirby the Hammer ability once inhaled as well as its evolved forms once they've been unlocked. Mookie also happens to be the first frequently appearing small enemy to give Kirby the Hammer ability when inhaled, so he could be seen in future games either alongside or as a replacement for Bonkers. 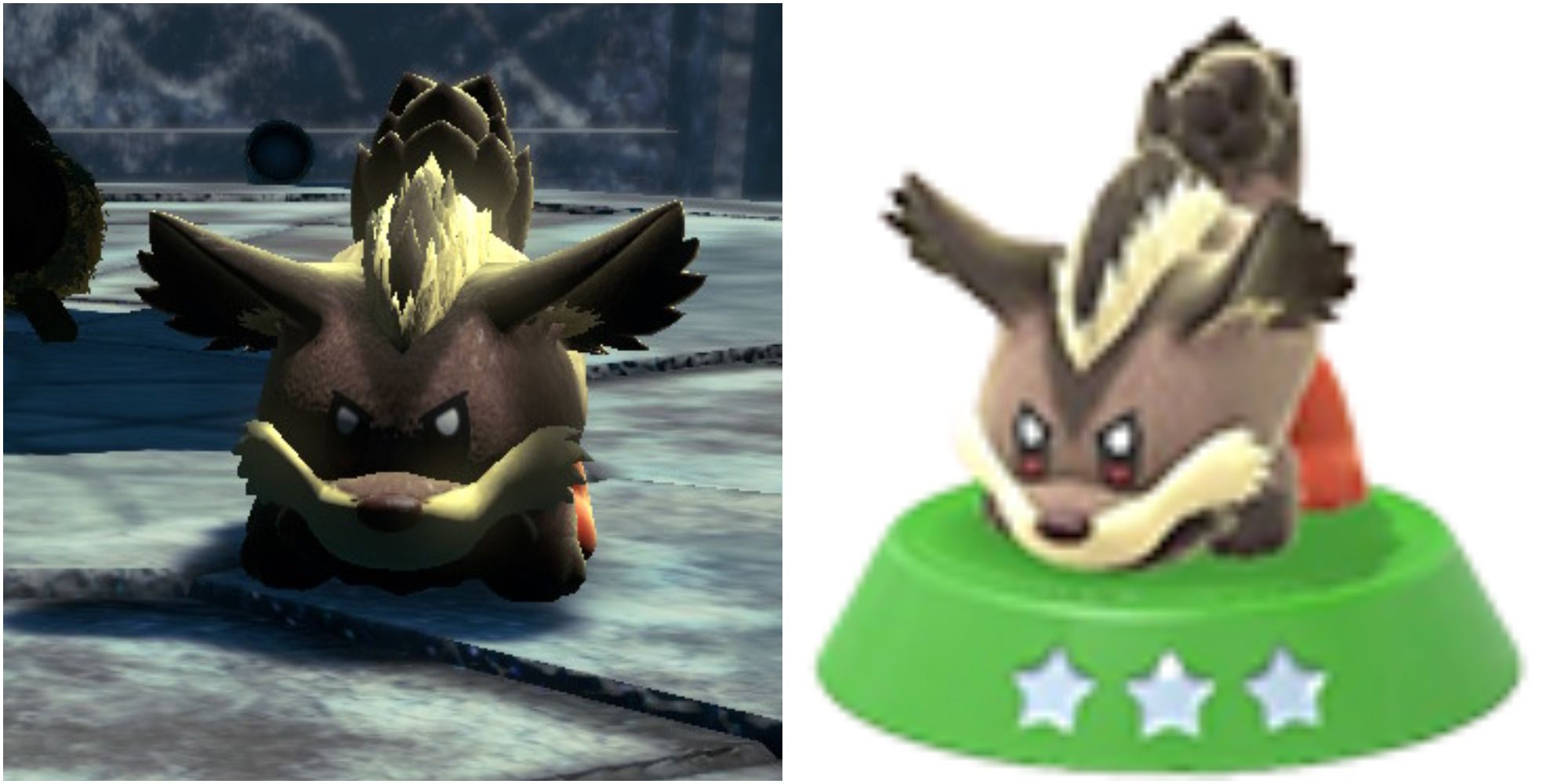 Primal Awoofy is a bigger, less common, and less adorable variation of Awoofy with scruffy grey and white fur. Like its smaller counterpart, it does not give Kirby an ability when inhaled, and the largest versions that are even more uncommon can't be inhaled normally anyway.

Because of its size, Primal Woofy is also stronger than regular Awoofy and can take more damage. Other than size, color and strength, Primal Awoofy is pretty similar to its regular counterpart, so it's possible it could be replaced by a larger version of regular Awoofy in the future in games that don't take place in the Forgotten Land. 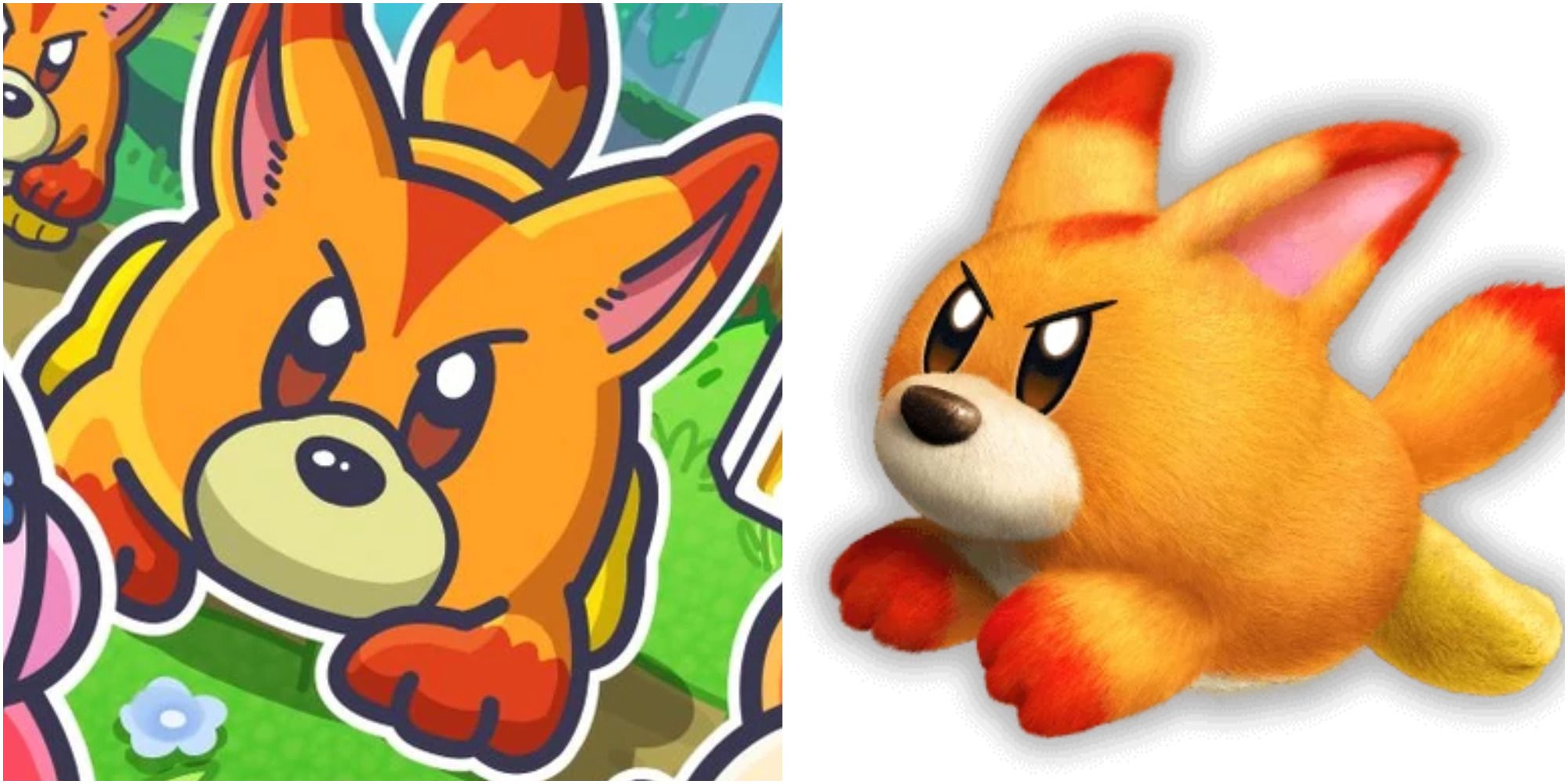 Awoofy is the new enemy fans are most familiar with since they've appeared often in promotional material. They also happen to be the most commonly seen and most adorable new enemy in the game. Awoofy is similar to the Waddle Dees they captured in that they are seen doing a variety of different things depending on the level and don't usually give Kirby an ability.

Sometimes there's a pack of Awoofy waiting in line for a ride in the Wondaria Remains, and other times they're sheltering themselves from the cold in a cave in Winter Horns. Hopefully, they'll someday be helpful allies in the same way Waddle-Dees are.