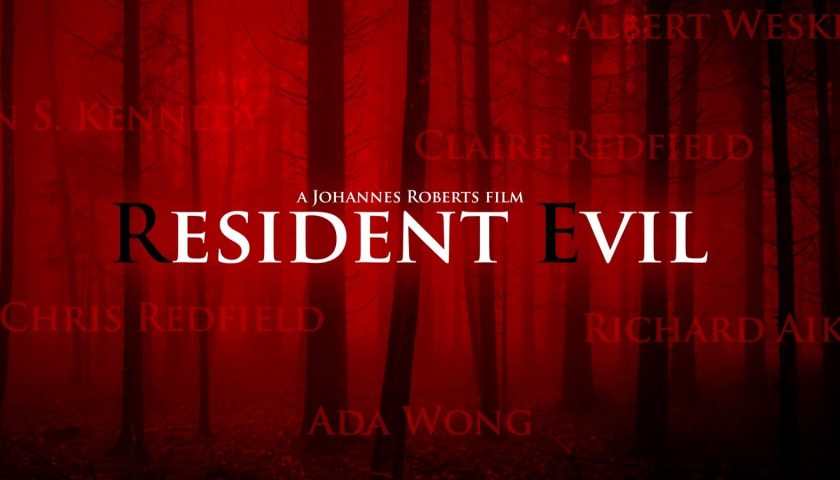 It appears that the alleged Resident Evil reboot movie poster going around is a fan project. Filming wrapped in December 2020, so fans were hopeful that this post featuring many iconic names was the real deal. It even featured the official September 3 release date.

The image came from Chad Rook’s Twitter, lending it a certain authenticity. Rook plays Richard Aiken in the movie, a S.T.A.R.S. agent in the original game who was poisoned by a mutated snake. This made it easy to believe that the likes of Jill Valentine, Ada Wong, and Albert Wesker could make an appearance. Check out the poster below.

Sadly, although the poster looks great, Bloody Disgusting confirmed that it’s a fake. The red backdrop in the forest brings to mind Resident Evil 4 and the Blair Witch video game. Although it’s not quite the same as seeing the characters in the flesh, it’s neat to see those iconic names. So credit where it’s due to the fan artist, but this dream time might not actually be in the movie.

Speaking of Richard Aiken, it’s not known if Rebecca Chambers will appear. The character appeared in the original Resident Evil, but played a far more prominent role in the prequel, Resident Evil 0. It would be a shame if Rebecca didn’t appear in the movie, considering she’s a good character and shares some screen time with Aiken in the first game.

Of course, the Resident Evil movie isn’t the only franchise content coming this year. Netflix will debut a CG Resident Evil series starring Leon and Claire. Perhaps more important is Resident Evil Village is just two months away. Anticipation is high for the new installment, which features werewolf-like creatures and a giant vampiric lady. Recently, Microsoft revealed the game’s file size. Resident Evil Village looks to be one of the most memorable games in the series yet. The title’s development team believes it is the “best survival horror game to date.” It’s a good time to be a Resident Evil fan.