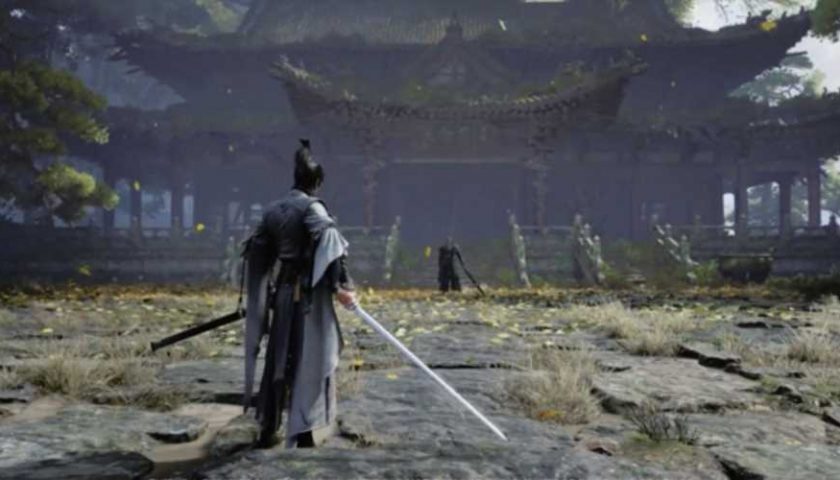 Tencent is one of the biggest games companies in the world. In its native China, it's known as the creator of the super app WeChat and maybe the most lucrative video game in history in Honor of Kings.

However, its various studios are known for relatively undemanding PC and mobile games for the most part, and are not considered in the same bracket as legacy console developers/publishers such as Square Enix or Capcom. But perhaps this could change with the latest announcement.

Tencent's Lightspeed Studios announced a forthcoming title that will be triple-A, open world and using Epic's powerful Unreal Engine 5, and for fans of Asian literature it is especially exciting. Teased with a cinematic trailer, the game will be based on the work of legendary Chinese author Jin Yong, who penned some of the most popular novels in Asia.

Known for his wuxia stories, which focus on martial arts and chivalry, Jin's most famous work is The Legend of the Condor Heroes which went on to form a trilogy. These novels could be considered the Lord of The Rings of the Chinese-speaking world and beyond as it has been translated into many other languages. Some 300 million copies have been sold.

While numerous homegrown Chinese titles have used this world before, this will be a higher budget and more ambitious game to be set in this specific wuxia strand. In China, wuxia games are especially popular among online PC players, and have enjoyed success among the domestic audience. But internationally, players will be more famililar with Japanese-style fantasy and martial arts than China's, but this game could possibly change that.

Time will tell of course, and it's not the only triple-A Chinese game in development. Another is Black Myth: Wukong, which is based on another classic Chinese literature, one that's far older than Jin Yong's novels, but which doesn't appear to have a launch date for any time soon as yet.

Not very much is known about Lightspeed Studios' triple-A UE5 game beyond what's already mentioned, and platforms have not yet been specified. But we may hear more about it as Tencent reveals its plans.