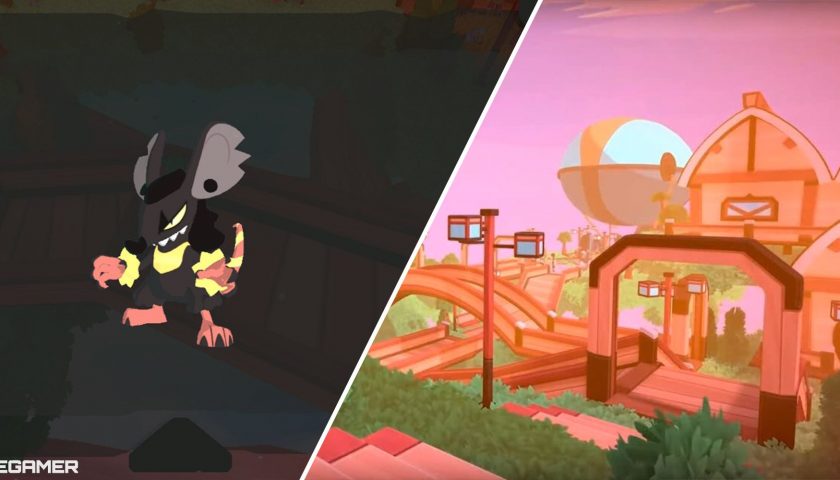 With over 150 Temtem to tame and train, organizing your extra catches may become difficult. Luckily, thanks to the FreeTem Organization, you can earn some Pansuns and other valuable rewards for your hard work capturing and releasing unneeded Temtem.

Located in Nanga on Omninesia, the FreeTem Organization's goal is to create a world where Temtem are free to roam the land without being caught and forced into battle. To that end, they will offer rewards for releasing your Temtem back into the wild. Let's take a look at how FreeTem works, and the best methods for making money using it. 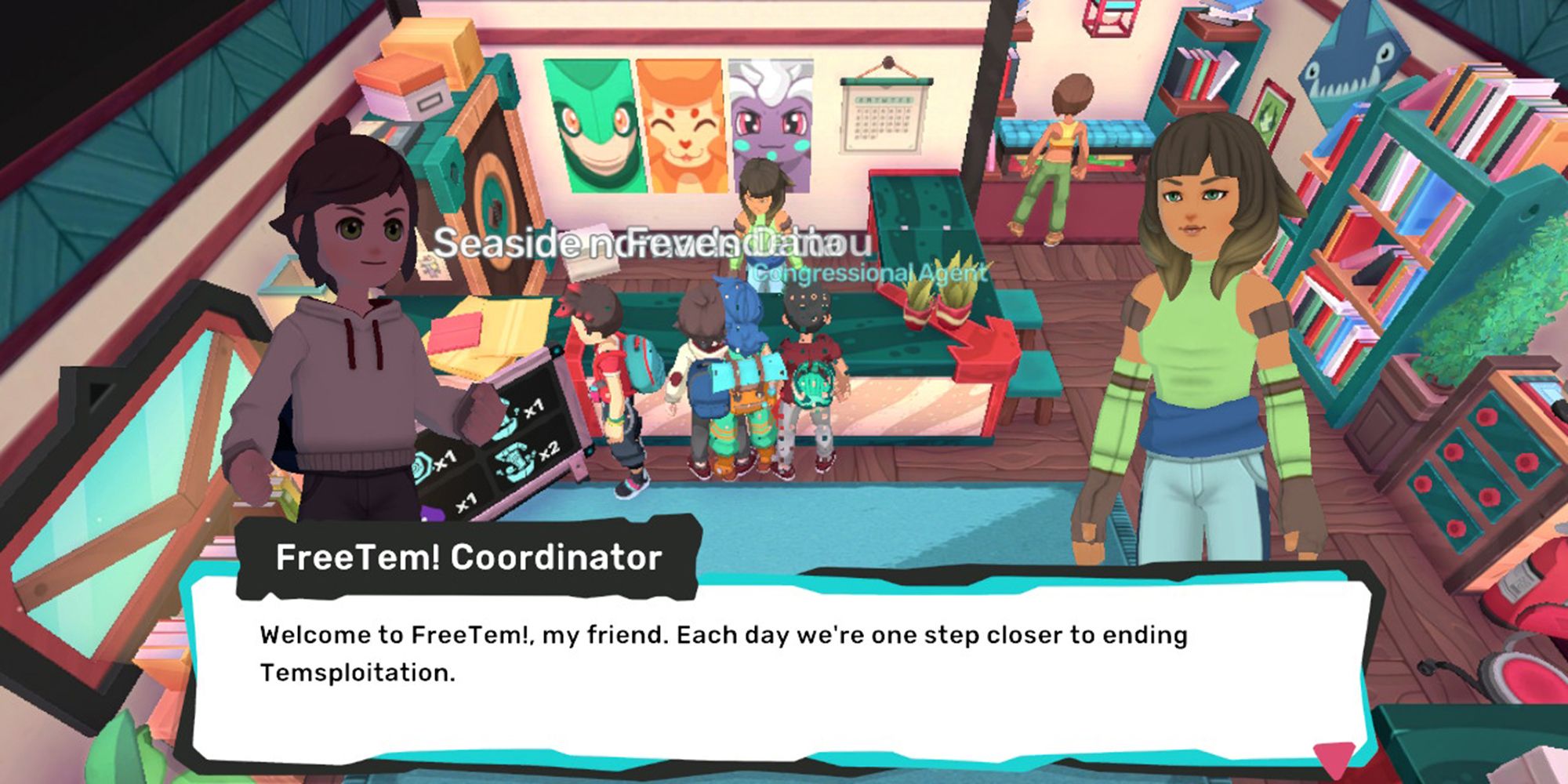 Every week, the FreeTem Organization will reward you with Pansuns for releasing your captured Temtem, with special rewards at certain thresholds. You will gain additional rewards for releasing 50, 100, 150, and 200 Temtem in a single week, with the rewards changing each week.

The amount of money you get for releasing a Temtem depends on the rarity of the species and the level of the captured Temtem. Overall, higher level Temtem can be released for higher amounts of Pansuns.

Additionally, when releasing any Temtem, you will gain one Feather, regardless of the species or level of the released Temtem. You can release a total of 200 Temtem a week for Pansuns and Feathers; after that, you will gain nothing by releasing them. 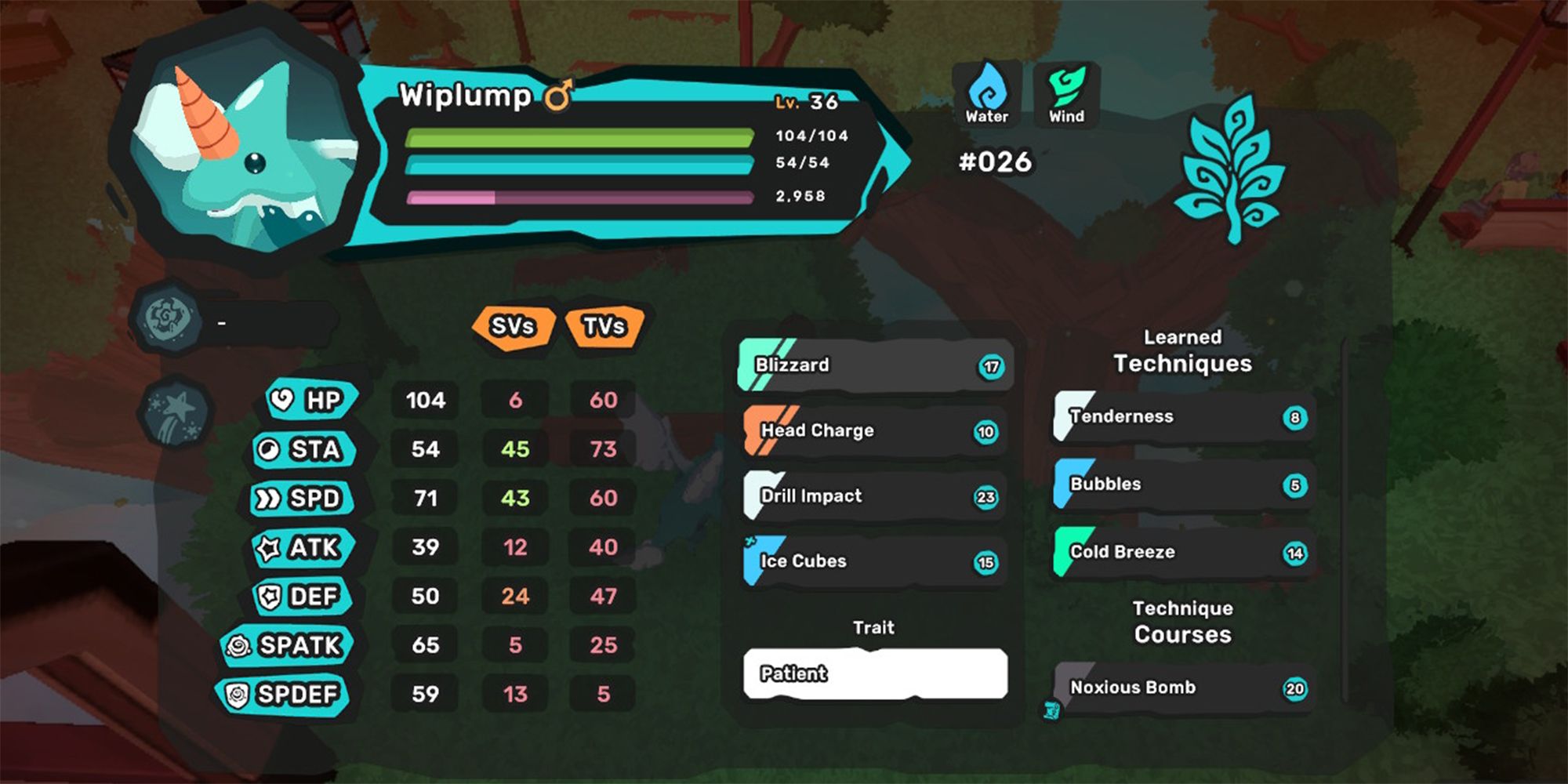 With so many options for Temtem capturing and releasing, it can be difficult to know which Temtem are best to release for FreeTem. Overall, this will depend on your current progress in the main story, which will dictate which areas you have access to.

It's important to note that early in the game, making money is not as essential as it is later. Because of this, it may be better to simply continue playing through the main story before worrying about releasing Temtem for FreeTem.

Before getting into which Temtem are best for FreeTem, let's take a look at the general method you can use to easily catch Temtem.

To more easily complete your FreeTem quota each week, you will want to set up your team so that you can quickly and efficiently catch the monsters without using too many TemCards. Since you will need to purchase TemCards to complete FreeTem releases, every card used cuts into your profits slightly.

Overall, the best way to quickly and consistently capture Temtem is to apply the Freeze or Asleep status effects. The easiest way to do this is by using two Wiplumps with the attack Cold Wind, which deals a small amount of damage but inflicts the Cold status effect. With two Wiplumps using this attack on the same target, the Cold status will become Freeze, which will significantly increase your chance to capture the Temtem. 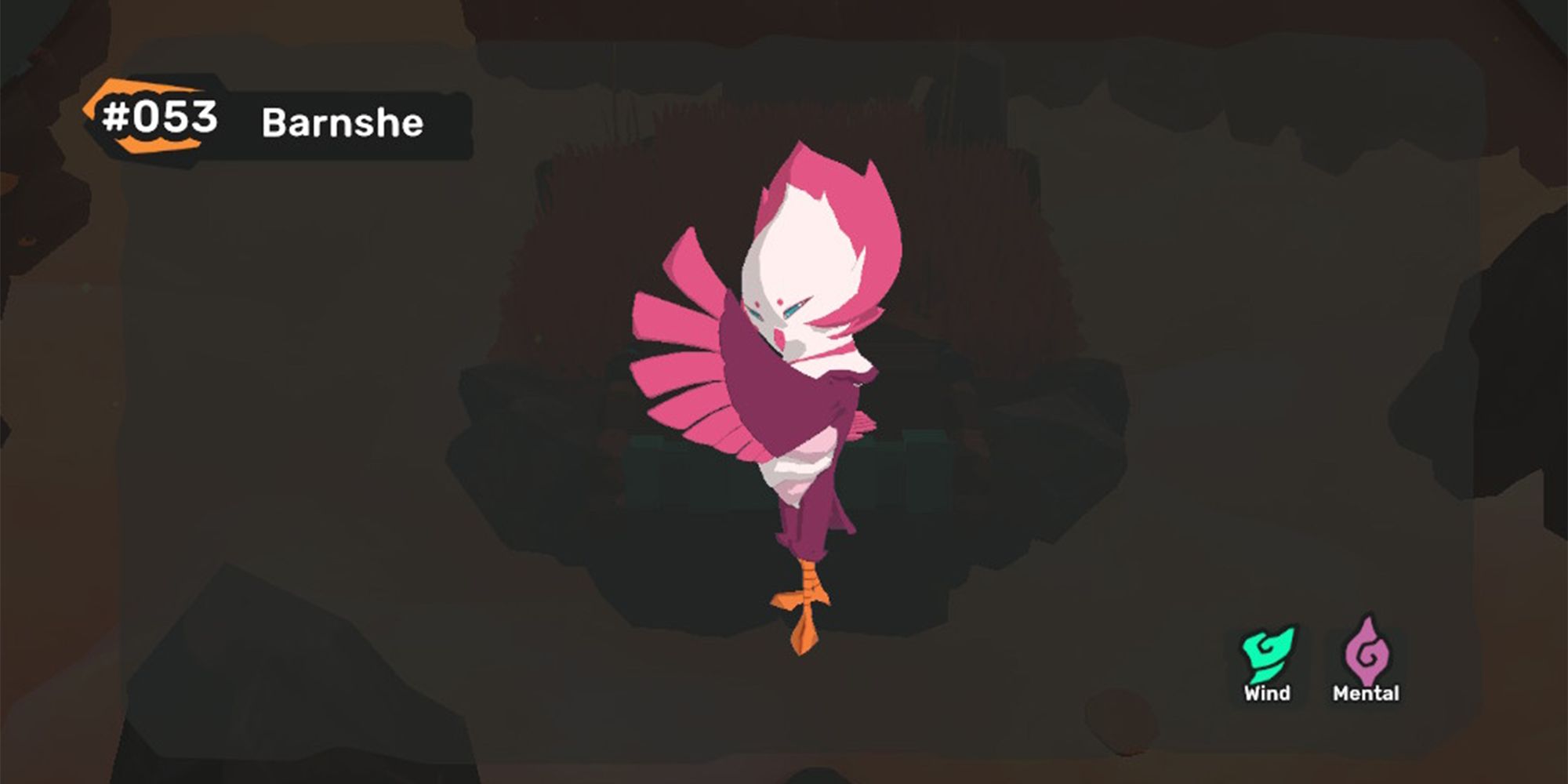 Alternatively, you can use the Technique Course attack Relax, which puts all Temtem on the field to sleep for two turns. When used with Barnshe, who is a Mental-type and thus immune to the Asleep status effect, you can easily raise your chances to capture the targeted Temtem with just one move.

When finding a location for FreeTem hunting, it's important to consider a few things: the level of the Temtem you are hunting, its catch rate, the appearance rate of Temtem in the location, and the location's proximity to a Temporium. Listed below are a few good Temtem to catch and release for FreeTem, depending on your progress in the game. 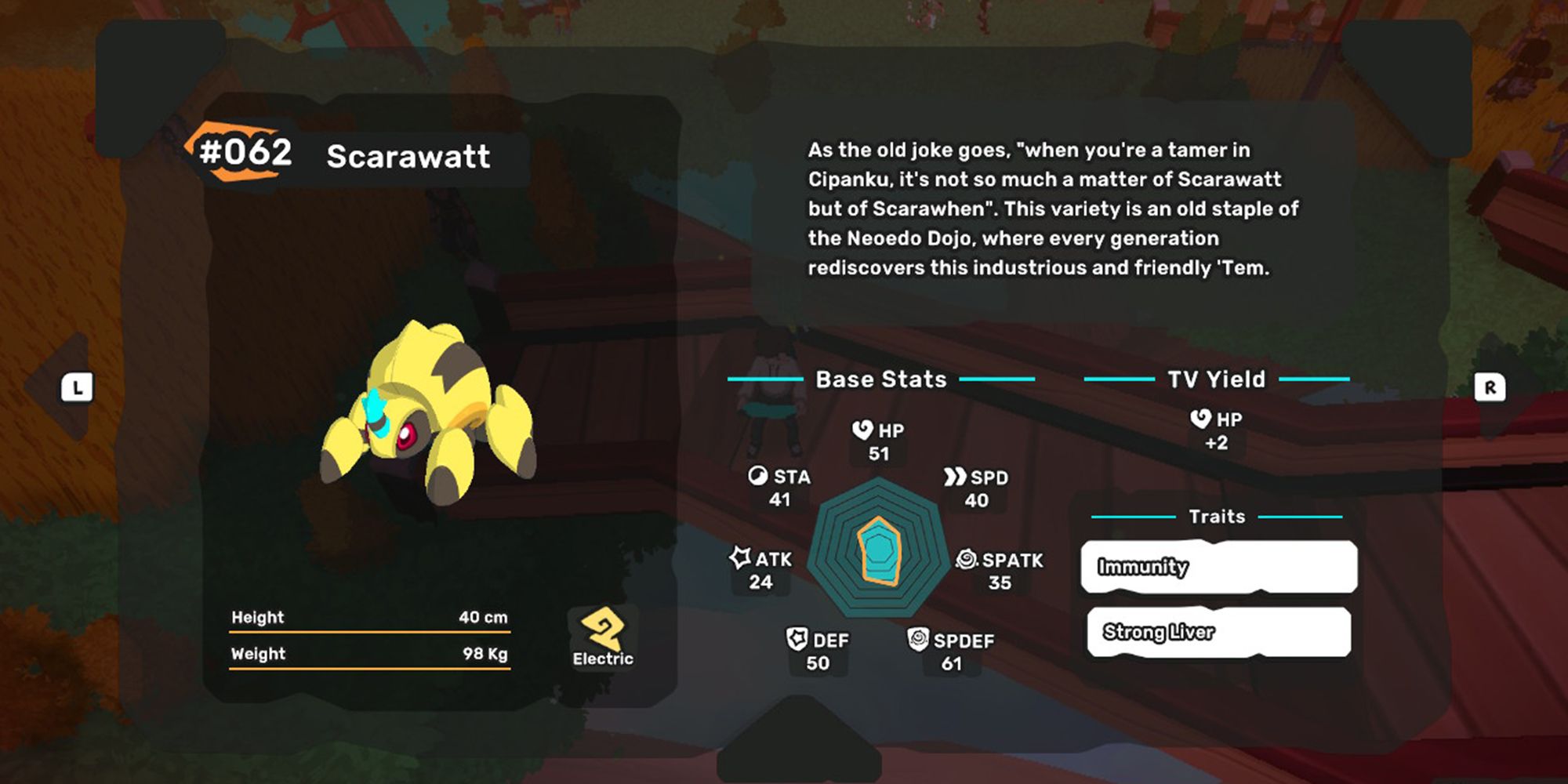 After arriving in Cipanku, the fifth island, you can immediately start hunting Scarawatt in the first patch of grass you find after exiting the airship. What makes this spot great for completing your weekly FreeTem quota is that it's right next to a mini-Temporium, meaning less time spent running back to heal your team or purchasing TemCards. Additionally, the grass here has a 100 percent encounter rate for Scarawatt, meaning you won't have to worry about running from Temtem you aren't hunting.

The Scarawatt found here are around level 45, which, when released, should yield around 150 Pansuns each, for a total of 30,000 Pansuns for completing the weekly 200 releases, not counting the Pansuns spent on TemCards. 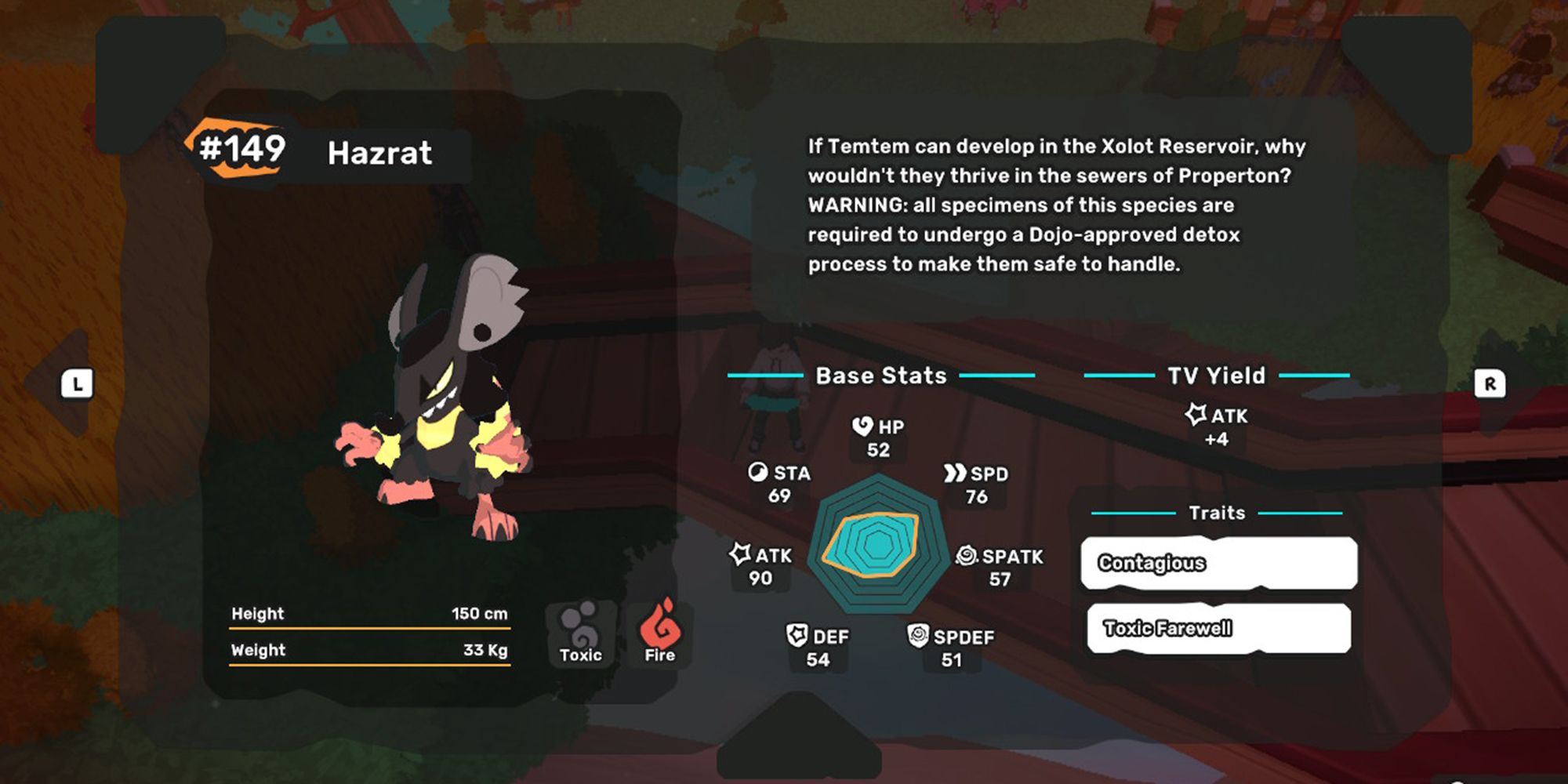 For players who have completed the story, one of the best methods for releasing your weekly quota for FreeTem is by catching Hazrats in Braeside Castle on Arbury. In the second area of this location, Hazrats have a 90 percent chance to appear, and appear around level 73. When released, you will gain around 750 Pansuns, making this a much more lucrative method than the Scarawatt one.

However, catching and releasing 200 Hazrats will take a bit more time, as their capture rate is slightly lower and it may take more turns to catch them. Even with the added time it takes to catch Hazrats compared to Scarawatt, you will gain about 150,000 Pansuns per week by using this method, making it by far the best way to complete your weekly FreeTem quota.