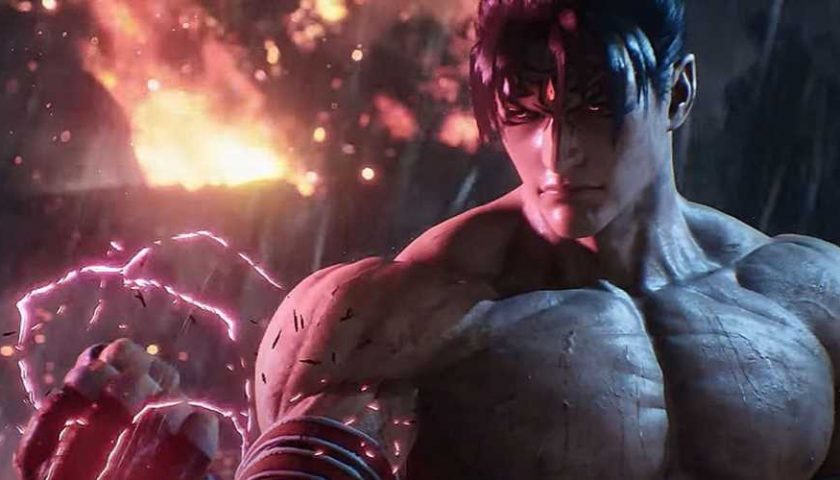 Tekken 8 unveiled a new trailer during The Game Awards last week with the game's focus revealed to be an epic showdown between father and son Jin Kazama and Kazuya Mishima. The tagline for this eighth entry neatly summarises it: Fist Meets Fate. Subsequently, more has been detailed via Tekken 8's executive producer Katsuhiro Harada.

In Tekken 8, players will be treated to a more dynamic battle stage destruction system, with Unreal Engine 5 being used to display some awesome visual effects. But it's not just a cosmetic change as the developer explained that as stages change, such as being widened, this will have an effect on gameplay. Still, graphically it looks like a big upgrade from the previous game. Keen Tekken fighters will want to know more about new fighting features though and here we can learn more about the Heat System, Rage Art, and more (via IGN).

First of all, let's talk about Paul's new look. The American brawler sports a different hairstyle in the Tekken 8 trailer, which is already dividing fans, but Harada confirmed that Mr. Phoenix's trademark skyscraper hairstyle will be available in customisation options. So worry not, Paul fans!

Next, Harada talked a little about the new battle system "Heat". While the trailer showed characters such as Jin getting Heat from using certain moves, the producer clarified that the system will utilise a greater variety of moves and won't be confined to only certain special moves – that was just how it was shown off in the trailer. While Harada also mentioned the "cost" of making sure players can still move around looking cool with their fighting visual effects on dynamic stages, which is a reference to how these games are developed and what technical resources are used and prioritised.

While Tekken fans will know that Harada is usually a Mishima or Kazama player, and almost never King, Harada said that he is much more likely to pick King in the new game just because of the abilities or powers that are gained via the Heat system. But the game's devs are keeping their cards close to their chest on this one as more specific details went unrevealed. Just know that the Heat system will encourage aggressiveness in play.

Players will have to wait longer until we hear more, but it's a tantalising prospect for fans of the King of Iron Fist Tournament. In other news, Harada recently announced that Tekken 7 has surpassed 10 million in copies sold, which is a considerable achievement.