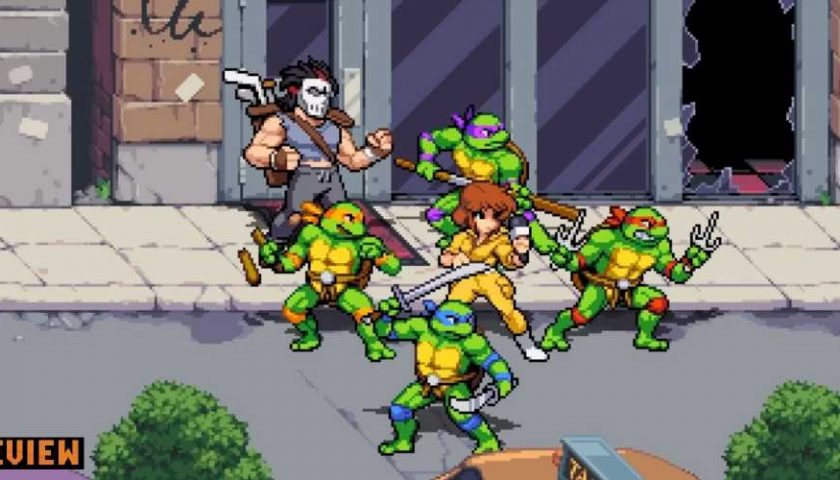 For as long as I can remember, I’ve always loved the Teenage Mutant Ninja Turtles. Whether it was being introduced to the series with the 2003 show, watching the Bossanova 1990 film about a million times, or playing the probably-bad-in-retrospect Battle Nexus game, I’ve never quite left Turtlemania behind.

My love of all things cowabunga has made it incredibly depressing to see the group slowly fade from the gaming scene. The Turtles have starred in some true all-timers, but the past few years have been dryer than Megan Fox’s performance as April O’Neil. 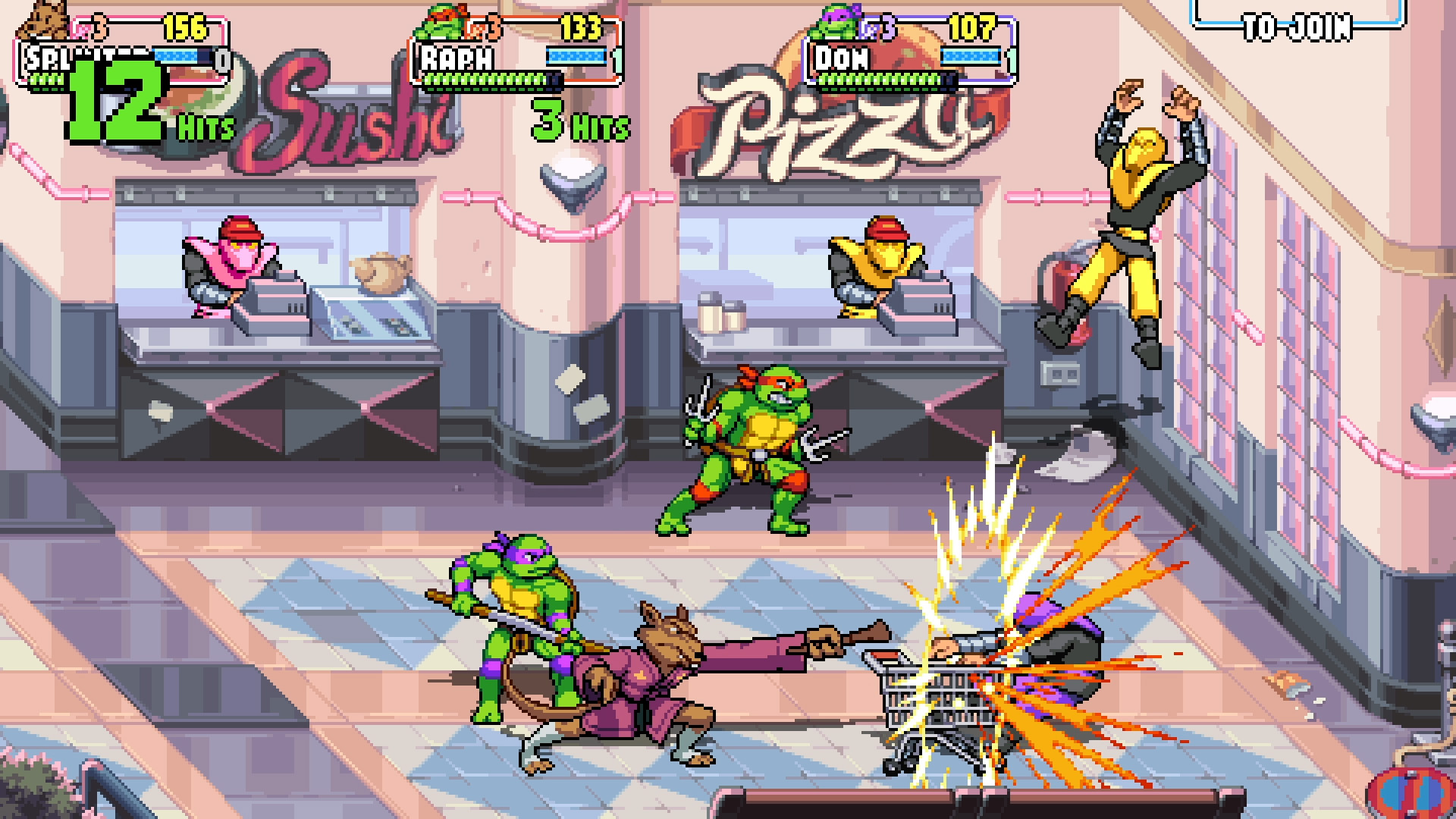 It should probably come as no surprise then that Shredder’s Revenge has been one of my most anticipated games ever since it was first announced. Even if the ’80s Turtles isn’t my favourite iteration of the group – I can hear my fan club membership being revoked as I type that – the idea of a new Turtles game was already enough for me, let alone one with some real side-scrolling brawler pedigree behind it.

Not only is Shredder’s Revenge a heartfelt love letter to everything TMNT, but an incredibly satisfying brawler that is both loyal to and builds upon Turtles in Time in every conceivable way. Without a doubt, Shredder’s Revenge is the best Teenage Mutant Ninja Turtles Game there’s ever been.

Shredder’s Revenge works so well because it takes the Turtles back to where they’ve been proven to work – simple arcade side-scrolling fun. Thankfully, it also takes that formula and dials it up to 11, improving the combat significantly to be more in line with recent brawlers like Streets of Rage 4 and River City Girls.

While Turtles in Time really only had a few attacks and throws, each character here has slide attacks, multiple special moves depending on movement, attacks that change depending on direction, and even abilities to use in the air. It’s not quite as complex as Streets of Rage, but combat is layered and satisfying, especially when you get the hang of a character and start making ninjas bounce around the room. 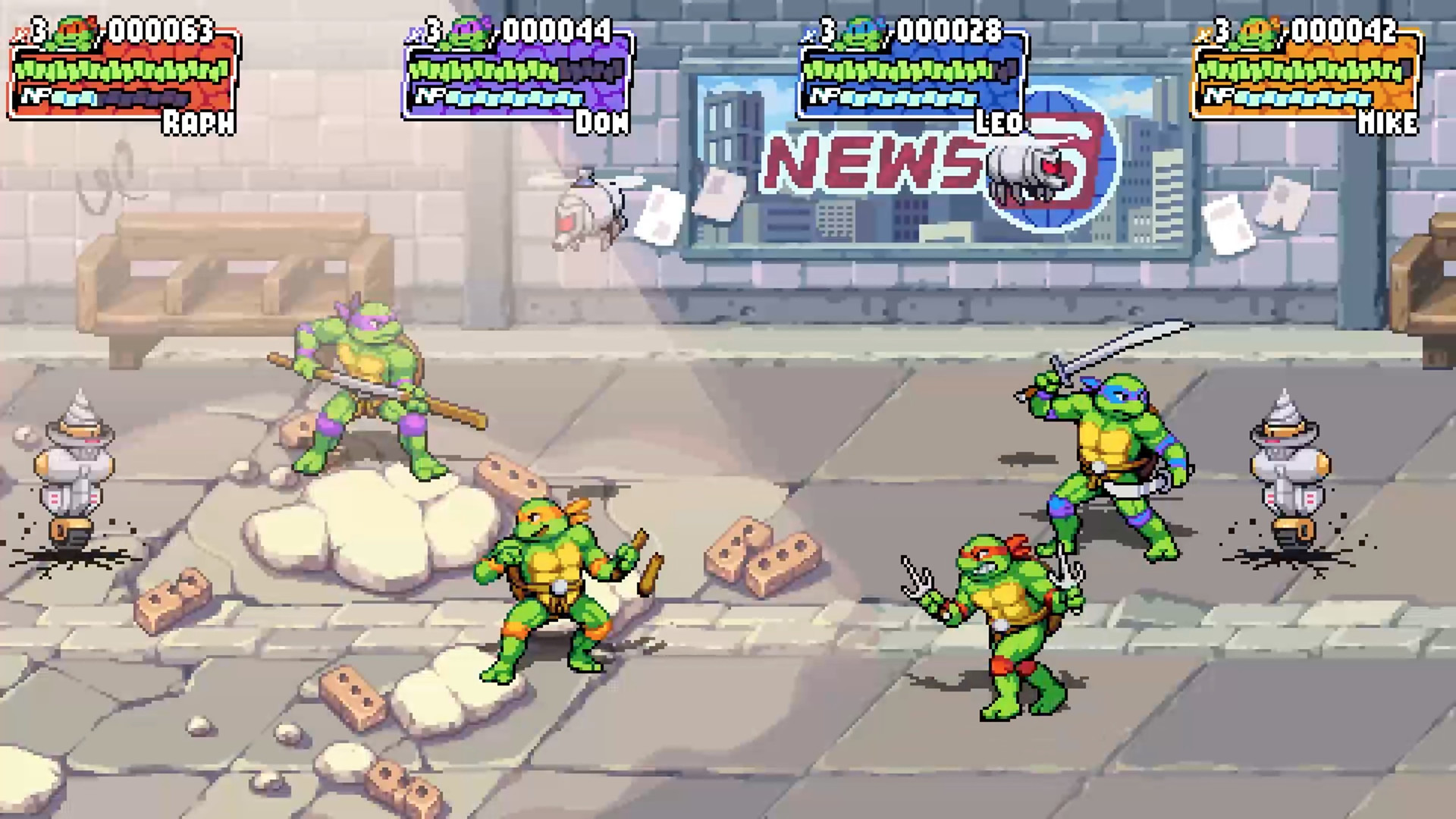 Combat might be crunchy and satisfying, but it can’t quite escape some of the side-scrolling woes that are common in the genre. Combat in the air simply isn’t very fun and it can be tough to gauge distance, while being bounced between hazards across the map can happen a bit too often. You’re also pretty likely to jump into pits on the rare occasion that platforming does show up. These are all regular problems with the genre, and it’s a shame that some of them make their way over to Shredder’s Revenge, even if they’re rare and don’t detract from the overall experience.

In terms of structure, Shredder’s Revenge is very similar to Turtles in Time, with most of the game focusing on side-scrolling levels filled with Foot Ninjas and a boss fight awaiting you at the end, with a few fast-paced surfboard levels thrown into the mix to keep things fresh. It’s the same structure here, but the new story mode helps modernise things a bit with collectibles, character upgrades, challenges, and the ability to swap characters in the middle of runs.

Bonus content is a nice addition and helps pad the game out, but only the challenges and character upgrades feel worth it. Challenges can be rock solid and require mastery of a level to complete and the character upgrades give the player a reason to try out everyone on the roster, but the collectibles are all in pretty obvious places and don’t open up the levels in any meaningful way. It’s nice for the first run, but then becomes pointless.

As nice as challenges and upgrades are, the real replay value comes from playing the game through as each character, something that’s a joy to do as they’re all so different from one another. Rather than all feeling the same minus how far their weapon hits, all seven characters move differently, have unique variations on basic moves, and all have different special moves that set them apart. One of the biggest concerns I’ve seen people have with Shredder’s Revenge is that it’ll be too short, but if you want to experience every single character then you’re going to have way more than 12 hours on your hands, easily. 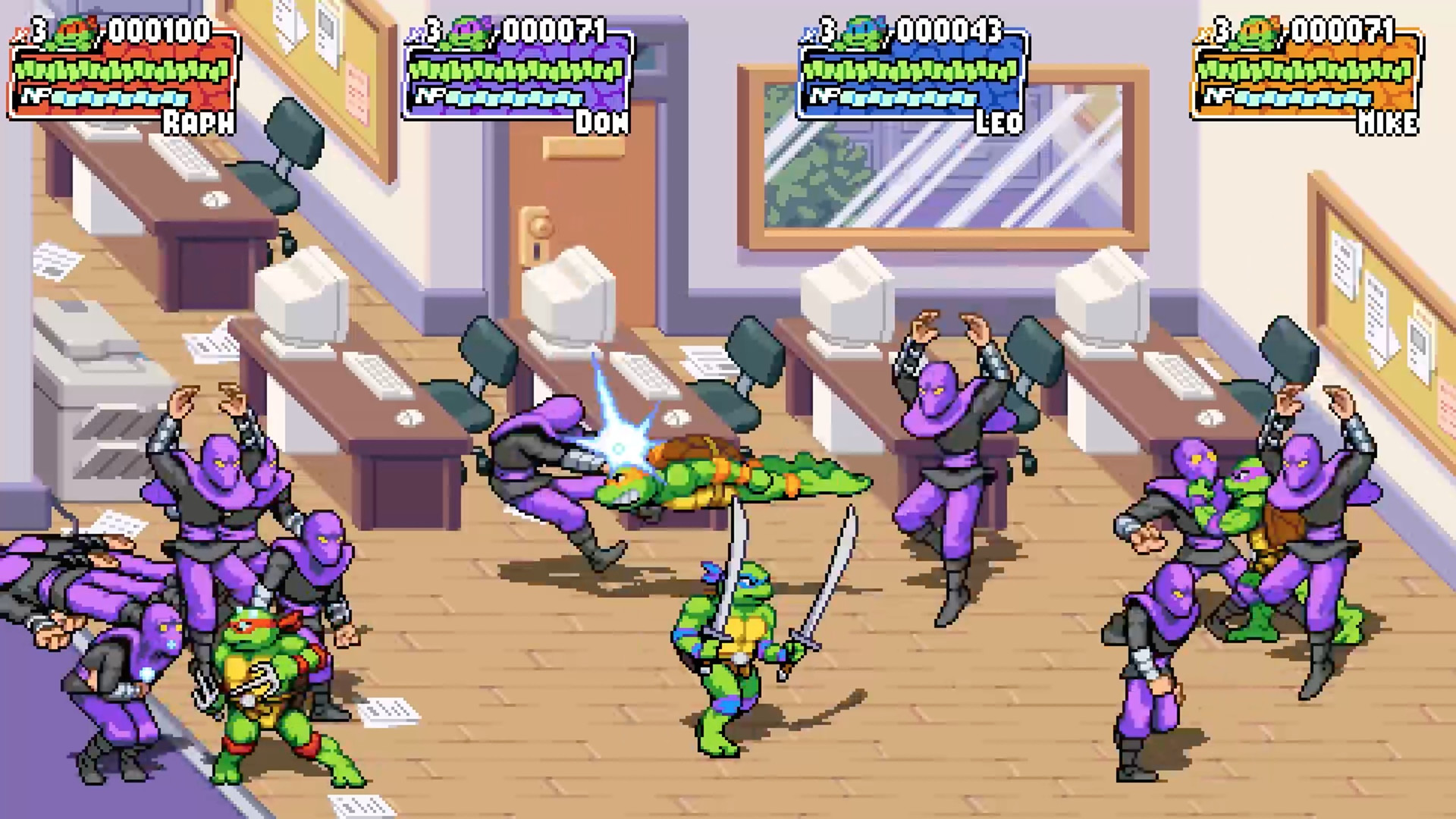 Shredder’s Revenge is a fantastic brawler in its own right, but by far the best part of the game is its soundtrack. It’s one of the best I’ve ever heard in a game. All 16 of the levels have an absolute bop accompanying them that fits in perfectly with the upbeat Turtles attitude. Special mention goes out to the three tracks with vocals that appear during the hoverboard levels and one of the boss fights, helping these moments stand out as some of the game’s very best. One of the tracks is from Wu-Tang Clan and if that doesn’t sound like the best thing ever, we can’t be friends.

All four of the Ninja Turtles have their original actors back, which is a nice touch that makes it feel like even more of a love letter to the 1980s. Although it’s great to have the original cast back, most of the battle grunts can grate after repeated playthroughs, with Donnie’s nerdy “hi-yah” noise that plays at the end of a combo making me want to cry by the end of my first playthrough. A few more noises mixed in for all of the characters, but especially Donnie, might have made me feel less embarrassed when I played as him.

Bringing back the original Ninja Turtles is just one of many ways Tribute Games makes Shredder’s Revenge the perfect TMNT tribute. Each stage is absolutely packed with references to the show, like the Turtle Blimp appearing in the sky of one level or the Punk Frogs showing up throughout the game. There are even a few cameos from outside the 1980s series, such as Tokka and Rahzar from Secrets of the Ooze appearing during a boss fight.

Whether you’re a big fan of the Teenage Mutant Ninja Turtles or just someone who appreciates incredible music and satisfying side-scrolling gameplay, Shredder’s Revenge has something for pretty much everyone. The Turtles may have taken a bit of a break from gaming, but this is one shell of a comeback.