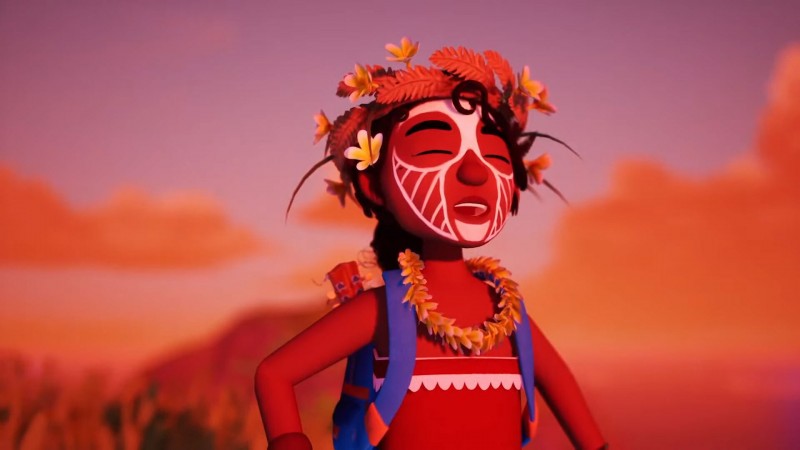 It’s been a little while since we last heard from Tchia, the tropical mind-hopping adventure game that evokes games like The Legend of Zelda: The Wind Waker. Based on the island of New Caledonia, players control a young girl with the magical ability to take over animals and objects. A new trailer premiering during today’s PlayStation Showcase provided another eye-catching look at the intriguing game in action.

The small protagonist’s story is still unknown in terms of specifics, but developer Awaceb describes it as a “journey of discovery and growth”. We do see a scene of an elder tasking the girl with locating a figure named Meavora, who apparently has evil in his heart. Dealing with that will call on her to evoke her power to inhabit the bodies of animals.

The trailer showcased how smoothly players can zap from one creature to the next. One scene shows the girl taking over a pigeon and soaring above a mountain before zapping straight into a nearby dog in mid-flight. If you don’t have a bird handy, a handy glider still allows you to soar the skies and soak in the view. You’ll also spend a lot of time sailing the tropical oceans aboard your makeshift sailboat. Sailing around looks fun in its own right, but we also can wait to hijack sea turtles and swim around the beautiful seafloor.

Outside of messing with supernatural powers, you can engage in more ordinary activities. Playing the ukulele, exploring tropical forests, and bonding with the island’s residents all sound like relaxing ways to pass the time.

Tchia looks like the perfect cure for the blues, and we can’t wait to set sail on its adventure when it comes to PlayStation 5, PlayStation 4, and PC sometime in 2022.

What do you think of Tchia? Let us know in the comments!