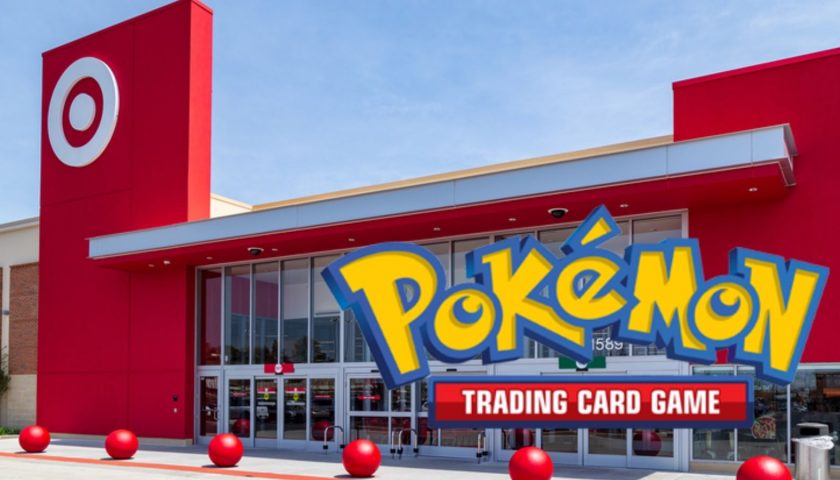 Sad news for Pokemon card collectors. Retail giant Target has announced that it will no longer make trading cards available for purchase in stores. This ban will include cards from the Pokemon Trading Card Game as well as various sports cards. Citing an “abundance of caution” for the safety of employees and customers, the retailer confirmed to Bleeding Cool that it will no longer carry the cards beginning May 14.

This ban comes just a week after Target placed a limit on the amount of Pokemon cards that people could buy in store. For the past week, the retailer only allowed one card purchase per customer. This was due to scalpers purchasing stocks in large quantities from various stores and leaving nothing for genuine collectors and fans. Of course, the scalpers would then try to re-sell the cards at an enormous up-charge. This is not a new occurrence as seen recently with the highly sought after PlayStation 5 and Xbox Series X|S.

However, it has become a more hot-button issue as Pokemon cards have seen a resurgence in popularity ever since card openings started trending on YouTube. With Pokemon also celebrating its 25th anniversary this year, limited edition cards have made a comeback. From inside cereal boxes to McDonald’s Happy Meals, the collectible trading cards are once again a must-have for fans. As such, scalpers have been working overtime to grab these highly-coveted cards and re-sell them for a profit. One man in Tokyo even staged a heist at his local store in order to try and steal $9000 worth of cards. Others have bene opening cereal boxes containing cards in the middle of grocery stores.

With all of the hype surrounding the trading cards, people are swarming card grading companies in the hopes of finding that rare Charizard that will sell for mega-bucks. Plus, there is the fact that The Pokemon Company is seeing a shortage as it rushes to print enough cards to meet the sudden demand, making some cards even more desirable. So Target’s in-person ban doesn’t seem all that outrageous when you consider how wild people can be when money or rare items are involved.

While the cards will no longer be available in stores, Target did assure consumers that they would still be available on the retailers website.