I caught up with Blizzard co-founder Allen Adham at Blizzcon 2019 for a few questions about our upcoming return to Hell.

How far away is release?

We’re not releasing any specific timing. But I will tell you that while we’ve been working on Diablo IV for several years, we still have a ways to go. So we do want to set proper expectations. It’s a big, beautiful, contiguous open world. It’s packed full of creatures. It’s really grounded in the quests and the content that are an order of magnitude beyond anything we’ve done before. Yeah, it’s going to take some time for us to get it right. You know, at Blizzard we don’t compromise on quality.

With that in mind, why announce now? Why not a year down the line?

It’s funny, you’re the first person that’s actually asked me that question. Most people have asked, why didn’t you announce last year or you know earlier. So we have been so excited to share this game with the world. We’ve been working on it for a while now. And it feels so sort of, I don’t know, cathartic to finally just be able to announce it, speak about it openly. It’s far enough along that it does satisfy that value that we have of when we tell the world about one of the games we’re working on we also want them to turn around and be able to play the demo. And so we are very happy with where we’re at,  very happy with the demo and feel like the reason to announce it now is that we have this great sort of story to tell. We have this great demo you can play. It’s time for us to tell our players and our community. 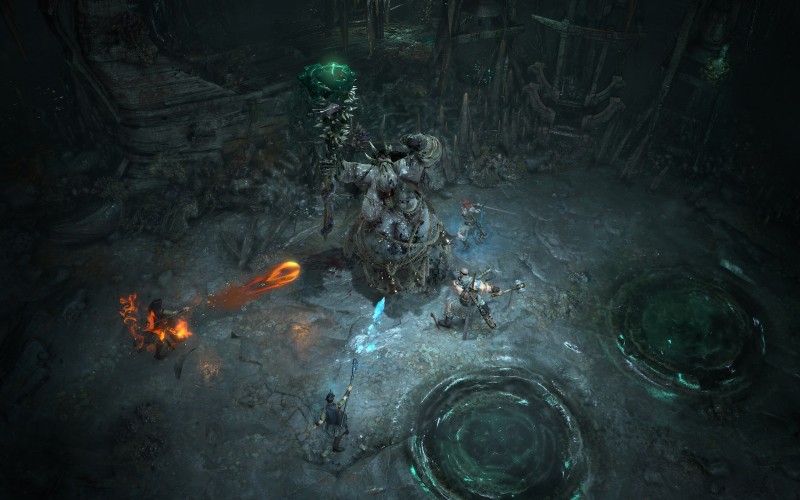 Have you ever considered making Diablo a service kind of game similar to say, World of Warcraft where it’s just one core title supported by continual expansions?

I will say that the team that that is making Diablo IV is ambitious. It’s an ambitious game. Our hope then is that when we’re finished with Diablo IV we can take that team and produce expansions at a higher cadence than anything we’ve done in the past. We know that our players want more content at a higher rate. We want to deliver more content at a higher rate. And it has been a goal of this team and the way we’re building this team out to deliver that. So I think you’ll see more of that in Diablo IV than you’ve seen in the past from us.

Is this going to be a standard box model then, with expansions and DLC?

Have you ever thought about where you can take things in terms of watchability? Farming monsters is cool but it doesn’t often have those “big moments”.

We do and in fact, that’s exactly how we characterize it internally when we talk about the possibility of esports or another sort of media we always frame it in terms that it may or may not turn out to be that there’s an esports approach to Diablo but the way we always think about it is we want to make sure that it’s highly watchable. And we think that it is and we think that Diablo IV more than previous Diablos because of the fidelity of the engine, the beauty of what you see, the customization of the characters, that RTC (real-time camera). The opportunities to see and celebrate what you look like, they should make Diablo IV as watchable as anything Diablo has ever produced.

Is it a challenge to integrate these raid-style experiences in a game where sometimes combat can be distilled into spamming one button and watching everything die?

That speaks to really a broad challenge for Diablo IV given the long history we have with Diablo 1, 2, and 3 and all the many amazing things we’ve done with the franchise, how do you take that and push to the next level while staying true to your roots? And so one of the answers to that was bigger world bosses. We have an encounter team and the sole purpose of this team is to make the world boss encounters amazing. And so you see Ashava. It’s new for our team to think in that way. So that adds to the complexity to these big bosses, but they’re coming up with some pretty amazing ideas. One of them is the stagger bar, where if you crowd control repeatedly a large boss rather than just either allow it to go through or block it, you build up stagger over time. After a certain amount of time, if everybody is sort of crowd controlling these world bosses, then something special happens, either their mode changes or some piece breaks off or things like that. I think there is an opportunity for us to make them really mechanically interesting and that’s one of the challenges that you know, sort of rising to push Diablo IV beyond anything we’ve done before. 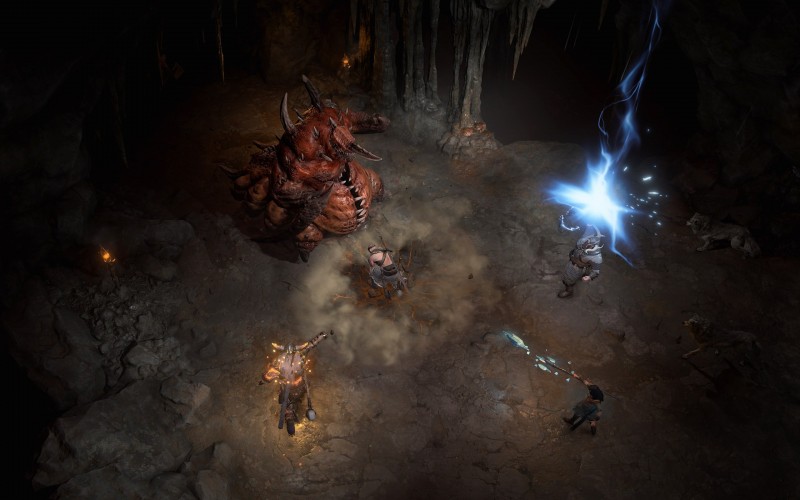 Has there ever been a thought that players could keep something from season to season?

There has. You know, the idea of overlaying a meta on top of seasonal roles. There is an idea, we have a bunch that we’re thinking about. I don’t think we have anything specific to share at this point but we’re thinking along those same lines.

Is the paragon system coming back?

That’s a hallmark of Diablo. I have close to a level 600 paragon demon hunter. We love the idea that people who love our games can play for hundreds, even thousands of hours and for Diablo, the paragon system is central to that.

So you’ve obviously drawn from much of Diablo’s history for Diablo IV, what’s the coolest new thing specific to Diablo IV?

Mechanically they’re a bunch of them. I’ll give you a few. But the one that pervades everything is that vast open world. That’s the kind of thing that we’re only able to do in the Diablo series now for the first time because of the modern engine that we’re running. So when you see the demo, or you see the gameplay trailer, there’s that scene where you emerge from the dungeon and you look out over that vista and you see that long horizon line, it looks like a skybox, that’s all real. And so what you’re seeing is the actual geometry of the world, and you could run all the way through there seamlessly. And so that sense of open-world and the scope and scale of it along with how grounded and how real wanted the world to feel, will make the tone of the game very different. But also by adding multiplayer invites in that social element. You can either solo or you can group, we imagine most people will do both depending on the mood that they’re in. Your dungeons you can go down with friends or you can go in a private instance and play those sorts of deep dark dungeons and experience Diablo the way many people like to, completely by themselves. So those are really big aspects. And then there are lots of other things that you’ll see such as the return to PvP, or the return to trading, the world bosses, and then there are things that are more subtle like the class design.

The game is now open-world. Does that mean we’re not using the traditional Act structure and that you could theoretically walk from the beginning of the game to the end? Assuming nothing killed you of course.

That’s right. It’s an open-world game. We’re delivering the story nonlinear, you can choose to follow kind of the main questline or you can choose to walk in a totally different direction. So yeah, it’s a pretty different, pretty interesting take on it. We think it’s really fresh, and people will be able to then interact with the game kind of how they prefer.

So trading. A high-level friend joins your game, can just hand off a bag of Stone of Jordans?

No, it won’t work quite like that. They’ll be sort of level restrictions. There’s also, you know we have a long history of making large scale multiplayer games at Blizzard and so we’ve got some pretty good learnings. Sometimes we got it right. In Diablo 3, we tried some things and we learned a lot of lessons the hard way there. And so we’ve taken those lessons and applied them to the trading system here. We want to be very careful about capturing the good things that come with the player to player trading, while not short-circuiting the core loop, which is making sure that people have the opportunity to earn the best items themselves and feel those rewards are well earned, feel satisfied. And we have a bunch of great ideas on how to do that through a combination of bind on pickup and bind on trade.

With the ability to trade, is there any concern about third-party sites cropping up where players will sell each other gear?

We’ve talked a little bit about it. We think that way we’re doing it again, I would point if we have some experience in some of our other franchises, to have a pretty good sense of where to strike that balance so that those kinds of systems don’t become a thing. We think we’re in a good place conceptually. We have some more work to do, I would say on trading before we lock the systems all the way down, so I think it’s something we’re thinking about, but not we’re not currently overly concerned.

Sure. So for end game loot, is it going to be like the primal/ancient system where you’re trying to hunt down that one awesome roll?

I would say that end game we’re imagining players have a whole lot of different things that they can do. And so if you think about that new open-world structure, you can continue to explore and play the game. There will be seasons, the traditional loot chase, PVP. So we’re imagining that there’ll be a variety of different ways to play. And then there will be the key dungeons, which will let you kind of continue to play dungeon content at progressively harder and harder difficulty levels. So our goal was actually to provide a sort of spectrum of things that players can do for many, many years to come. And let them play the end game the way they like.

For the world bosses, is there any concern that players are just going to flip from game to game to farm the boss over and over?

That’s a good question. No one’s asked me that question. If I’m being totally honest, I don’t know that we’ve worked that problem directly. Luis (game director Luis Barriga) would be a great person to ask that question. I will relay that comment to him and make sure we design with that in mind.