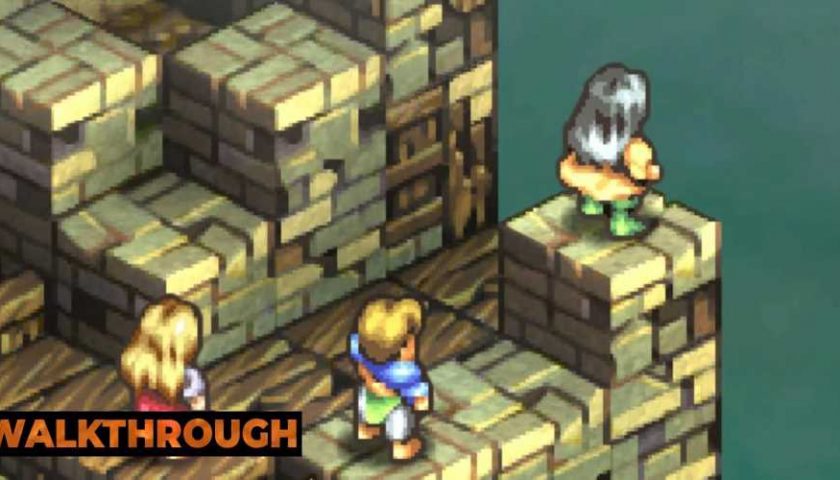 For a game with roots dating all the way back to 1995, Tactics Ogre: Reborn goes hard on its branching narrative paths. Following on from the first chapter's (add link) climax, where players were forced to either massacre innocents in the name of the lawful straight-and-narrow or risk becoming a hunted pariah, Chapter Two: Chaos Route takes the gloves off.

The result is an appropriately melodramatic tale about a brother and sister on the run from society at-large. It's only fitting, then, that the second chapter ramps up the challenge. Help Denam and Catiua evade the consequences of their boldness with this guide. 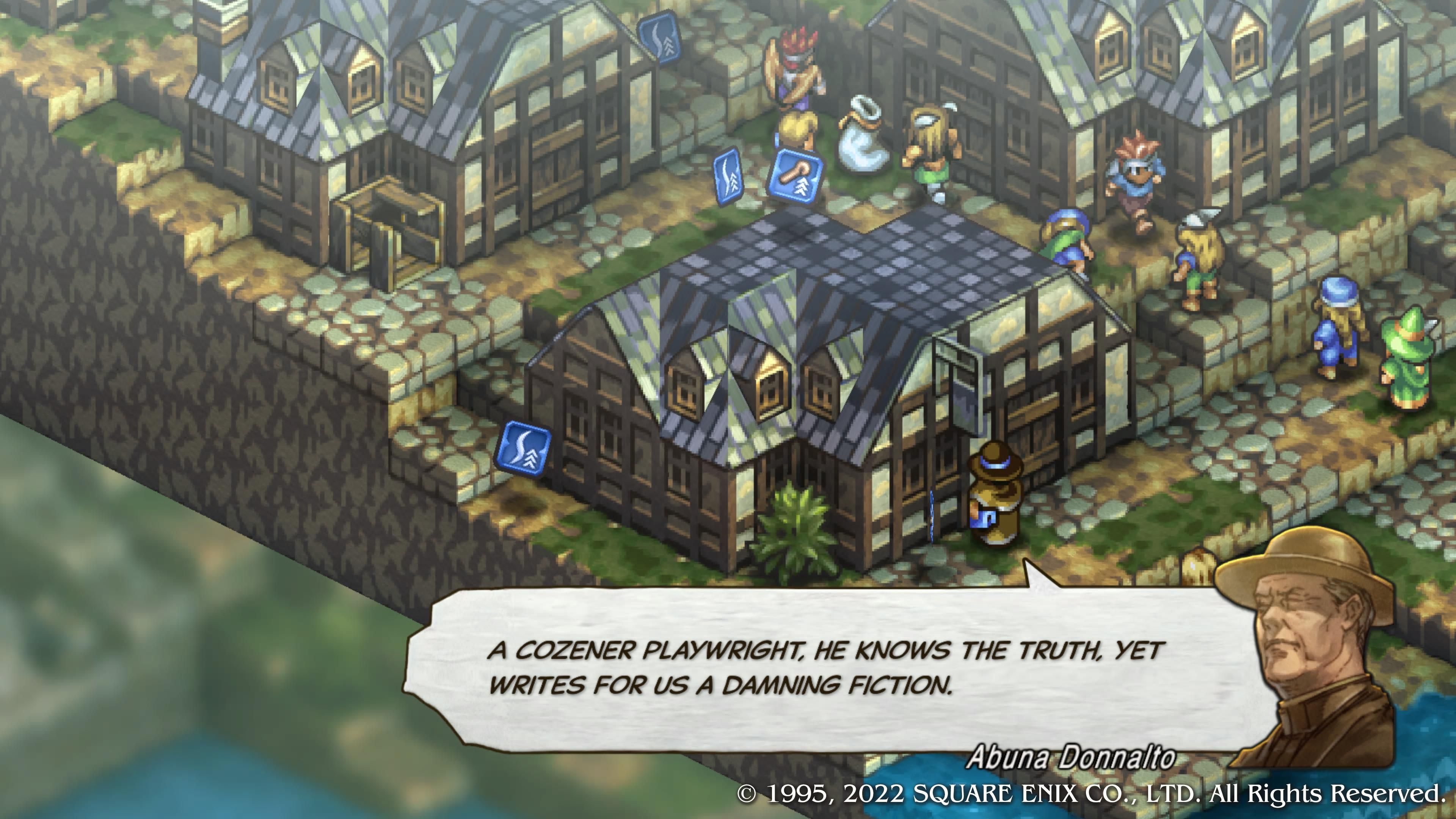 As will be the case with several battles this chapter, the degree of difficulty you'll bump up against at Port Asyton will climb if you intend to take down every enemy unit. In general, we advise against this approach; with Tactics Ogre: Reborn's Union Level mechanic, you're going to brush up against leveling limitations frequently enough that there's less cause to milk your foes for more experience points.

Before moving on from Port Asyton, make sure you have at least one character (preferably two) capable of casting Lightning Bow and/or Thunderflare. 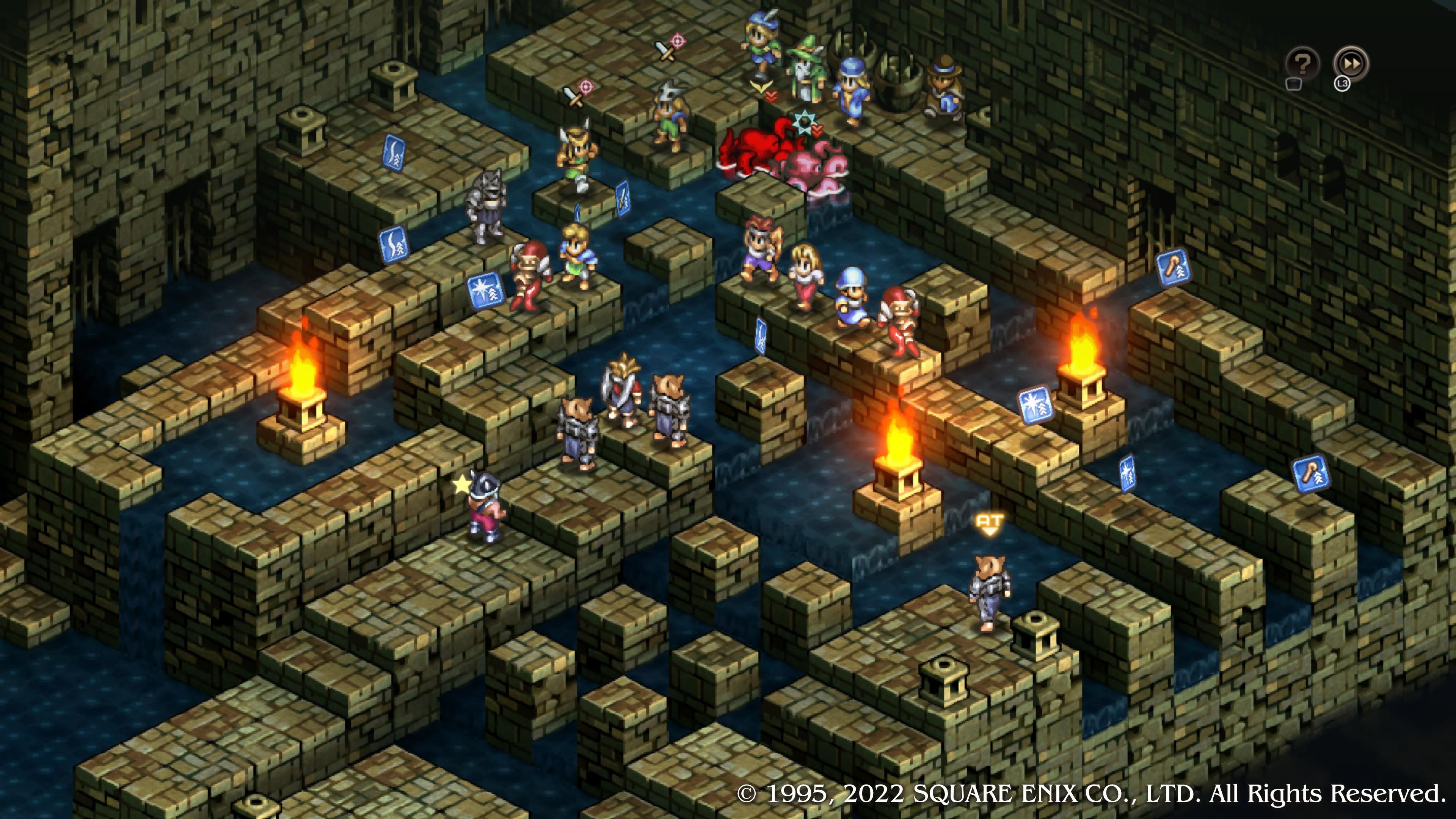 If you've followed our advice and have Lightning-elemental magic (or you didn't need our advice because you already did), this won't be so bad. 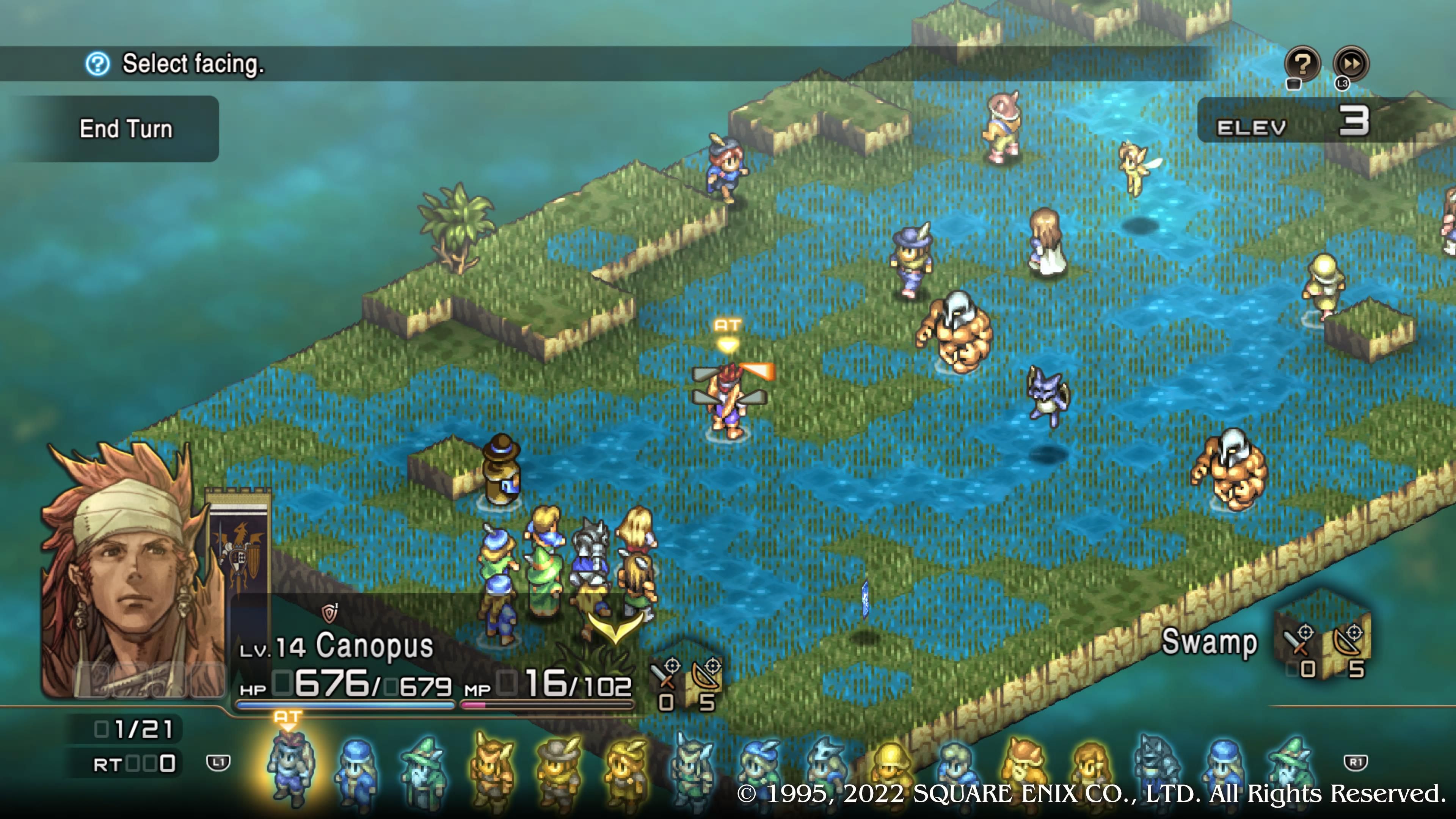 We're going to operate under the assumption here that you want to save Arycelle, who has been ambushed by Vance and his gang at the beginning of the fight. If you don't care to do so, things become much more straightforward. On the other hand, you miss out on gaining a unique unit, as well as any dialogue she might chime in with going forward.

Have you played previous versions of Tactics Ogre? If so, you may be wondering where the Rogue Marks are. Previously, Rogues were a playable class, and you could begin working on them from around this point forward. Playable Rogues have been removed from Reborn, though for what it's worth, they weren't exactly the most in-demand class to begin with. 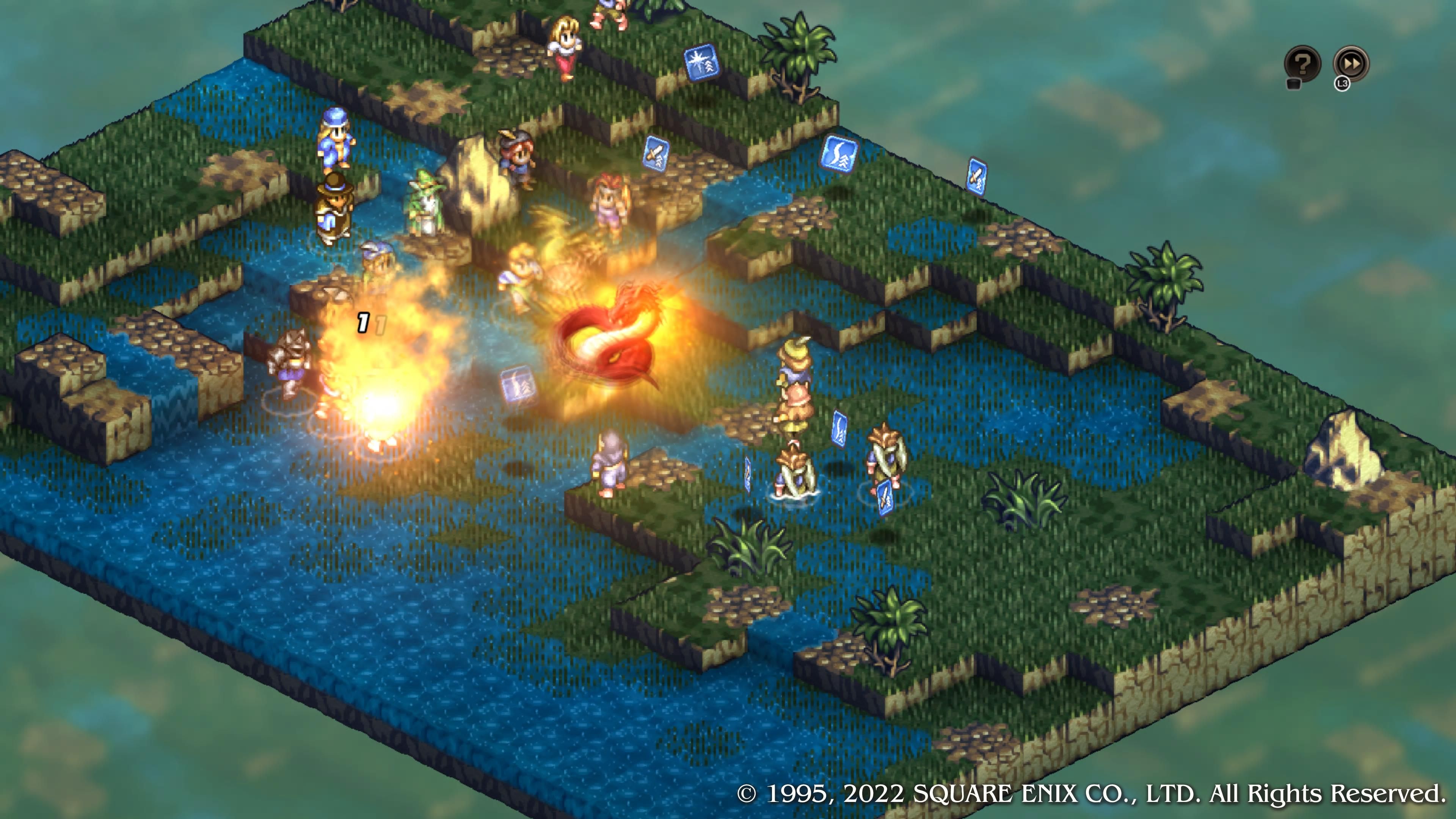 Welcome to the School of Ninjutsu, Valeria-style. 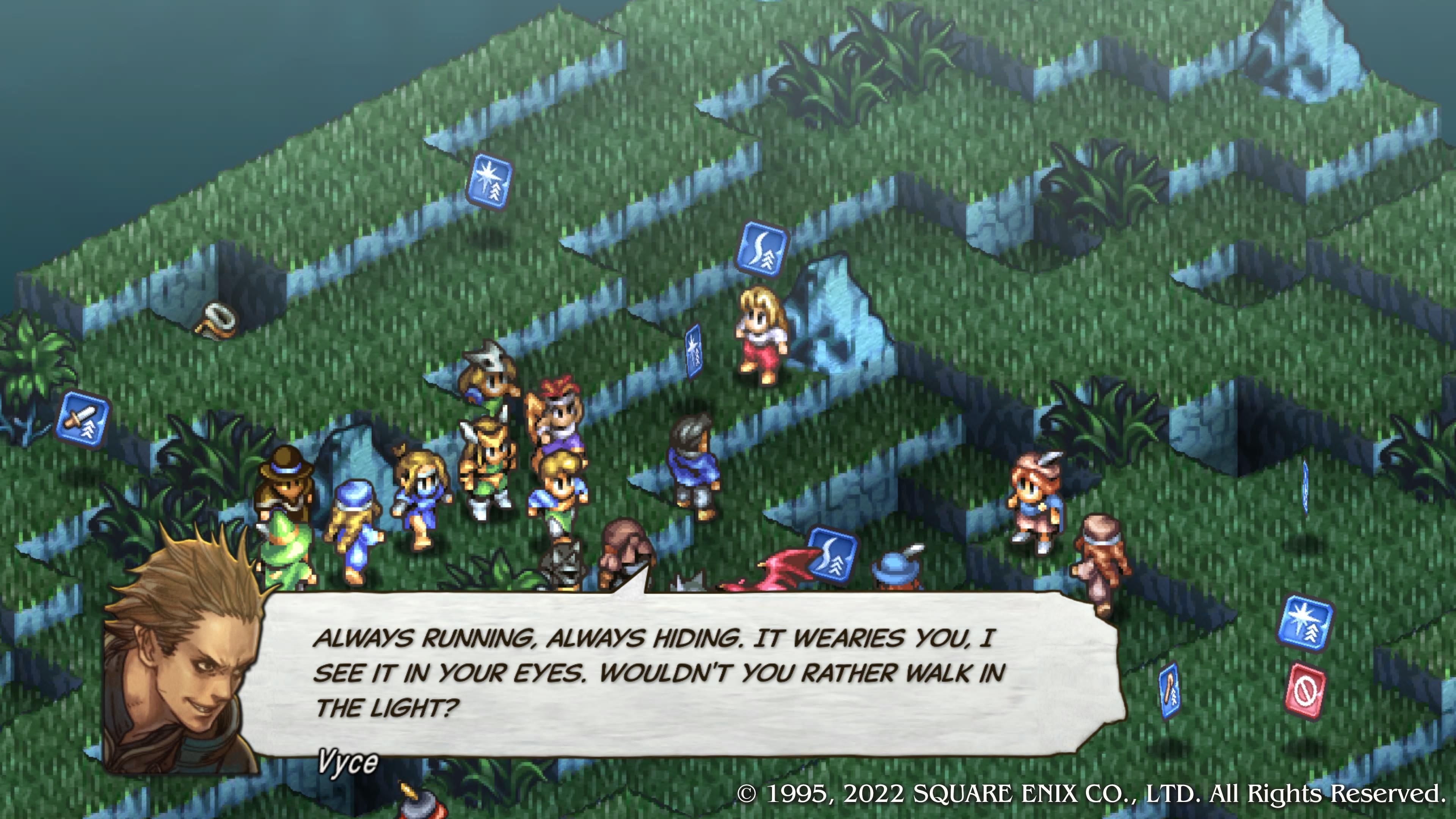 Remember two battles ago, when we said the difficulty will range per your regard for Arycelle's life? Same here, except it's going to be harder either way. Not only is Vyce's army better than Vance's, but Arycelle seems more… we'll call it 'gung ho' about diving into the action. 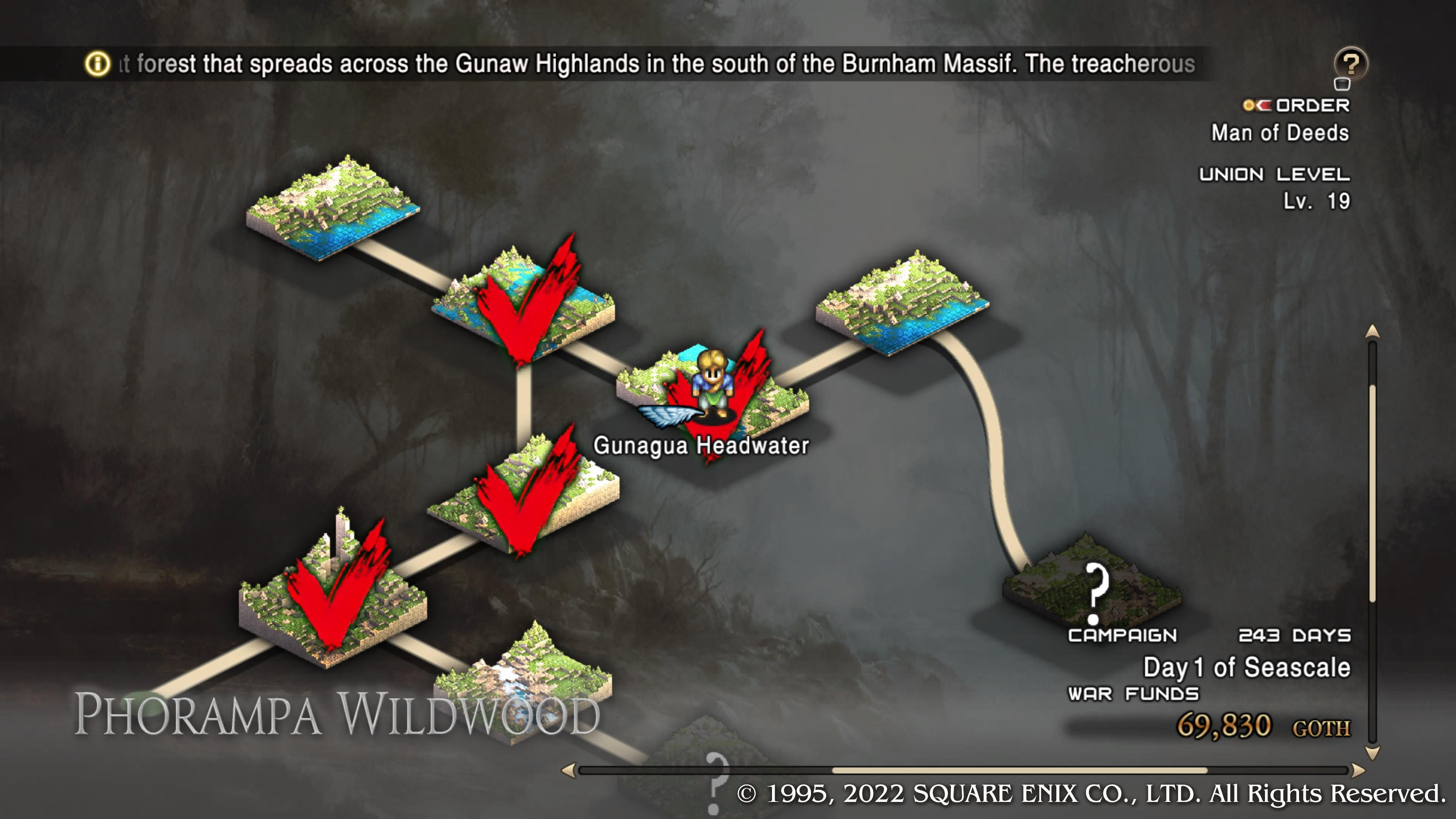 From this point forward, the Phorampa Wildwood will become a destination on your map — that is, once you've accessed the Warren Report and checked a new Talk subject that mentions it's open to hunters.

We'll have a full guide on the Wildwood up shortly, at which time, we'll be sure to link it here. For now, here's what you need to know: 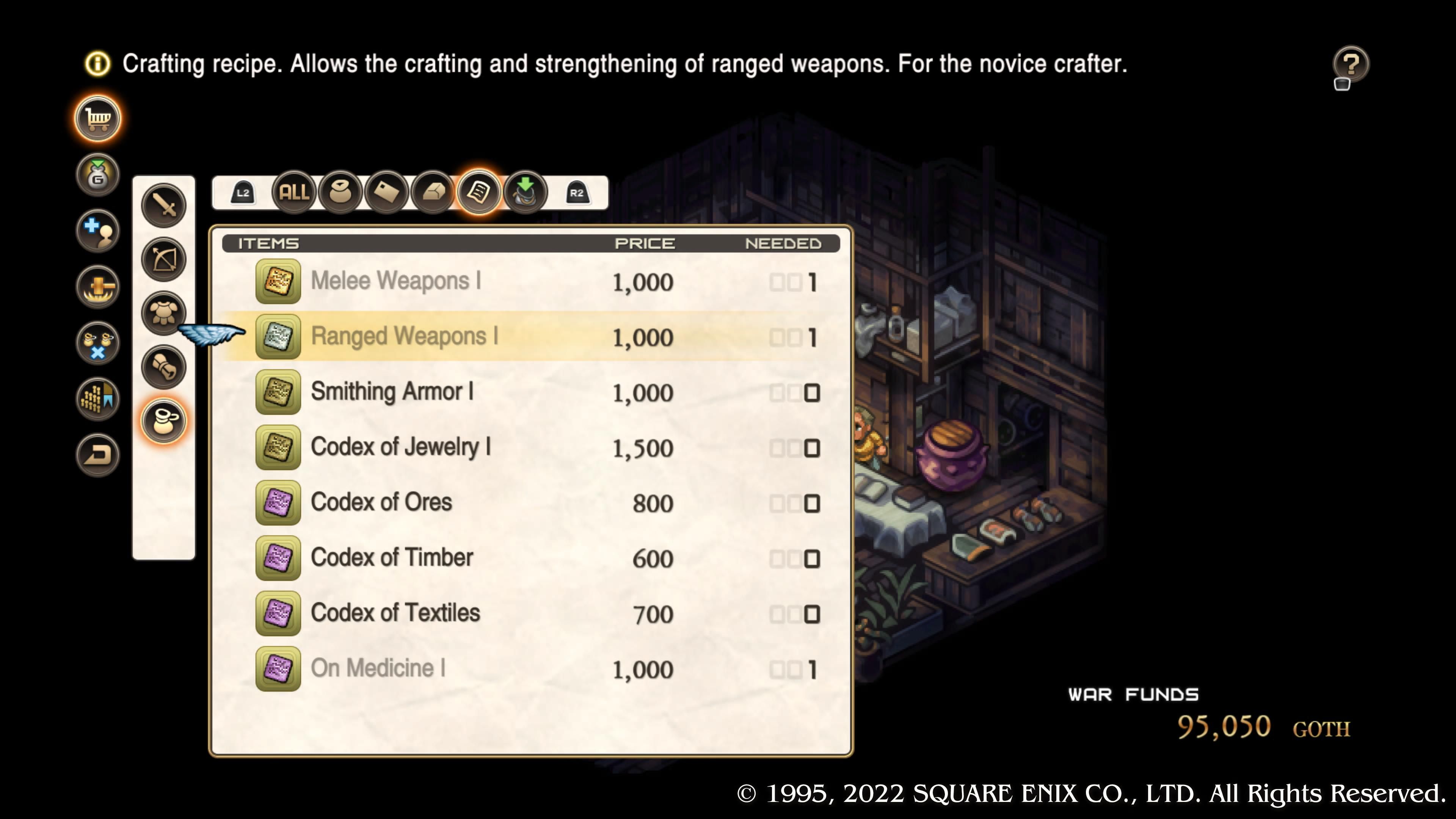 The crafting system really opens up here. You'll get your usual notification that the shops have new stock, which is a great feature and all, but it's easy to miss these Codices if you aren't looking for them. Snag them all, and see what you can craft.

When you're crafting weapons and armor, take note that you won't have access to things that are already equipped. What we mean by this is you'll be wasting tons of Goth purchasing brand-new copies of gear you intend to replace with higher-quality fare, anyway. It's a bit tedious to unequip everyone so that their gear is available to craft with, but it's well worth the few seconds to do so. (Remember, you can access your unit list in the shop!)

Of course, if you're purchasing a shiny new sword or suit of armor for the first time, just avoid equipping it until after you've crafted an upgrade for it (if an upgrade's on the menu).

Tactics Ogre: Reborn is generally tough enough that we recommend keeping up-to-date with your crafting whenever you can. Unlike the PSP version of the game, you can't actually fail crafting attempts, which is frankly one of Reborn's biggest perks. No reason not to give it a shot. 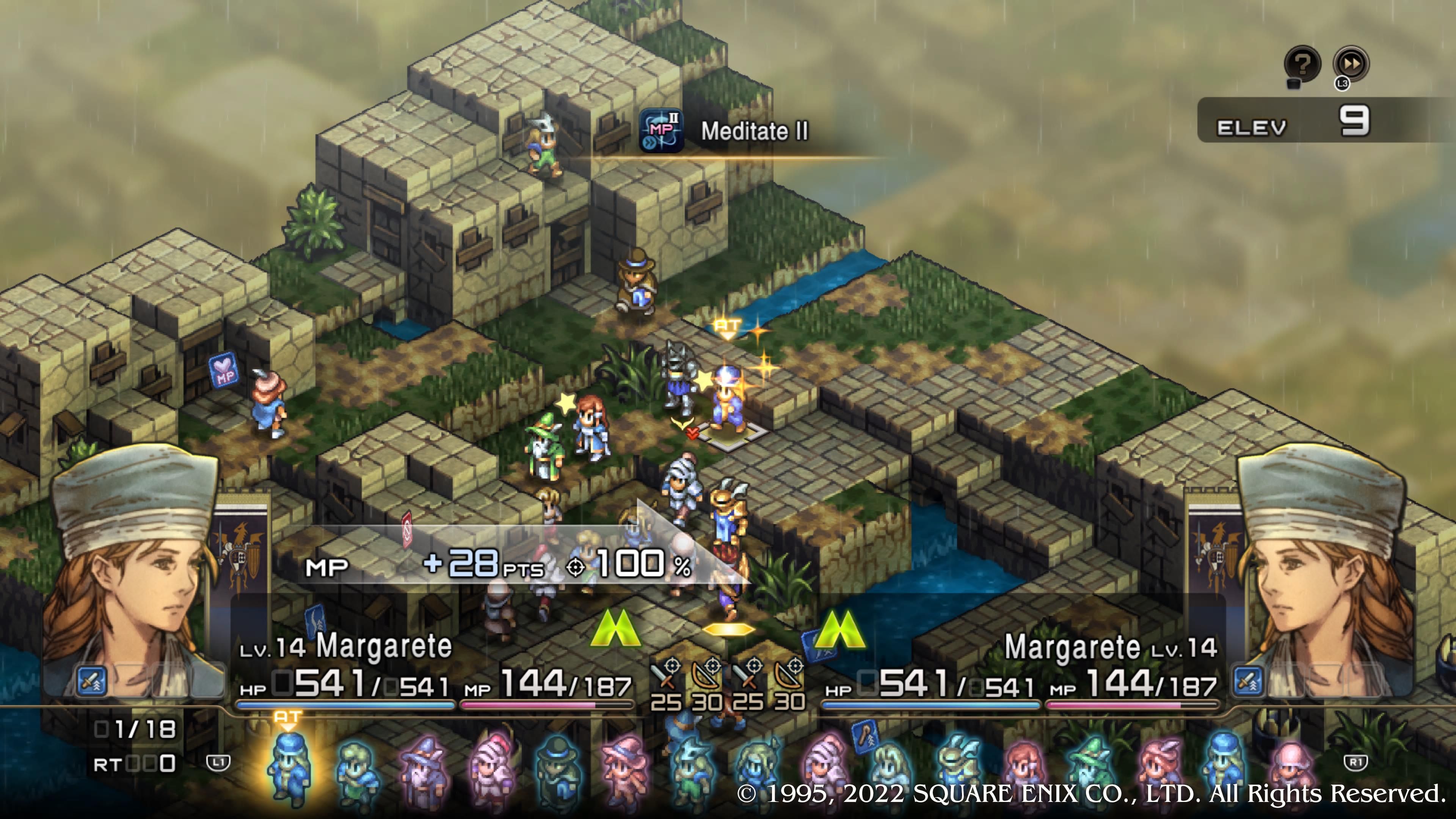 Krysaro's not so bad, especially compared with Tynemouth. You'll begin to the north, and there is plenty of space to maneuver as your foes approach. The biggest thing to avoid is separating everyone too much. 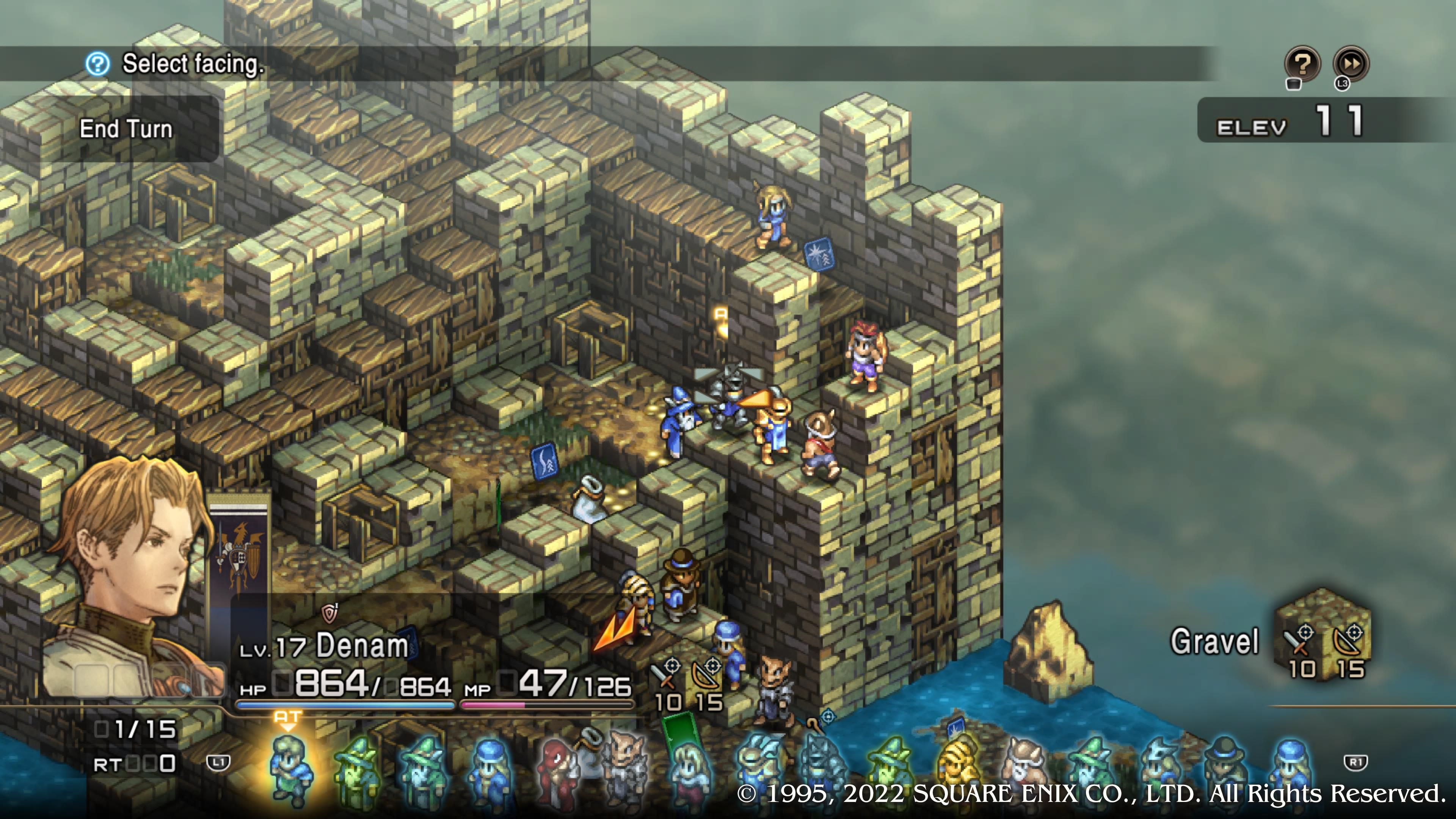 This fight's pretty rough if you want to save Bayin, which you absolutely should, because he'll eventually join up if you do so. And he's a fantastic Wizard. There are times, friends, when we're not entirely convinced the base Tactics Ogre mechanics take full account of Reborn's tweaks. This is one of those times. 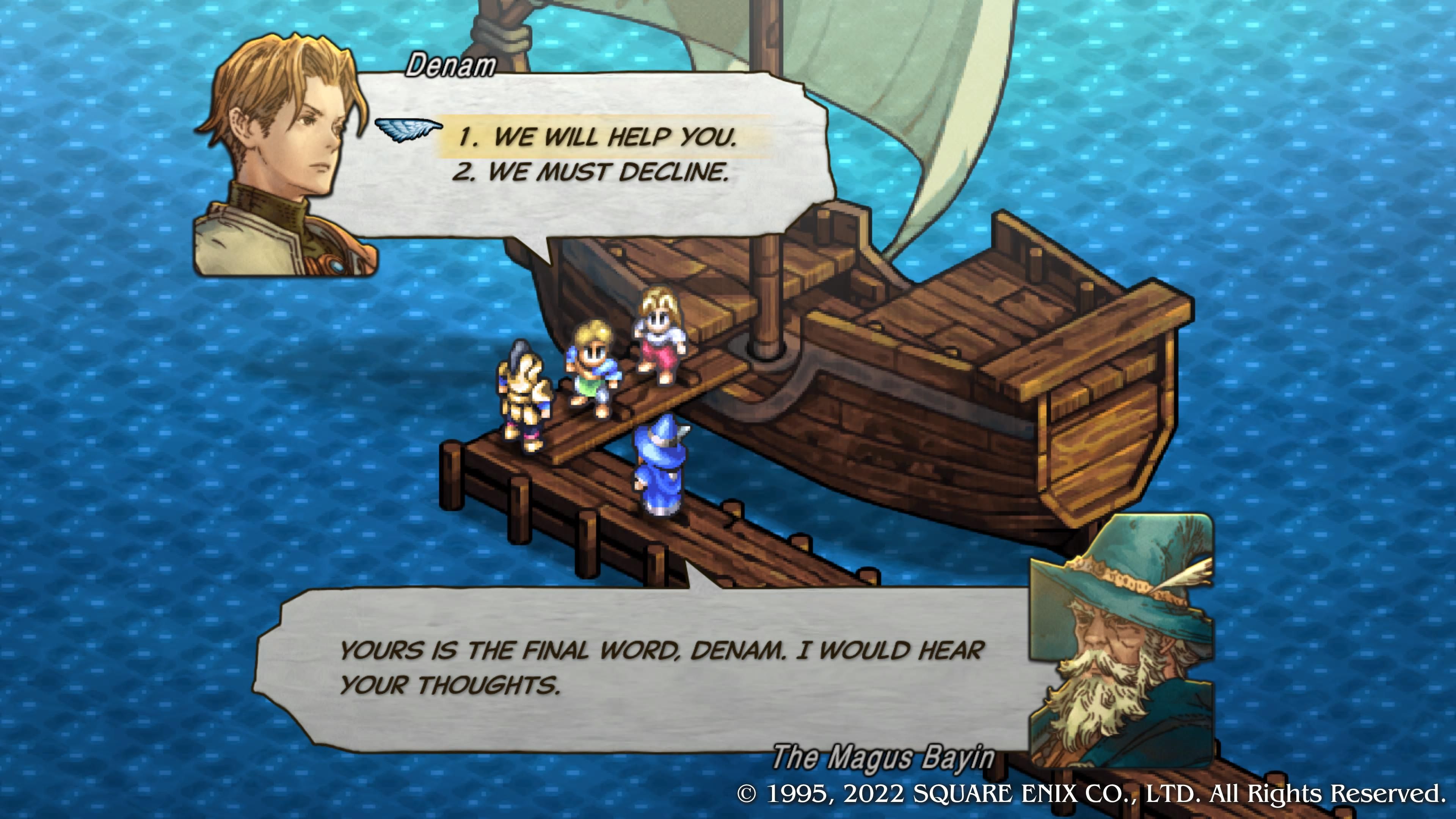 Go ahead and agree to this, even if Catiua does have a solid point here. More content is more content, and it will all pay off in the end. (Suffice to say, if you failed to save Bayin, things will play out a bit differently in this scene.) 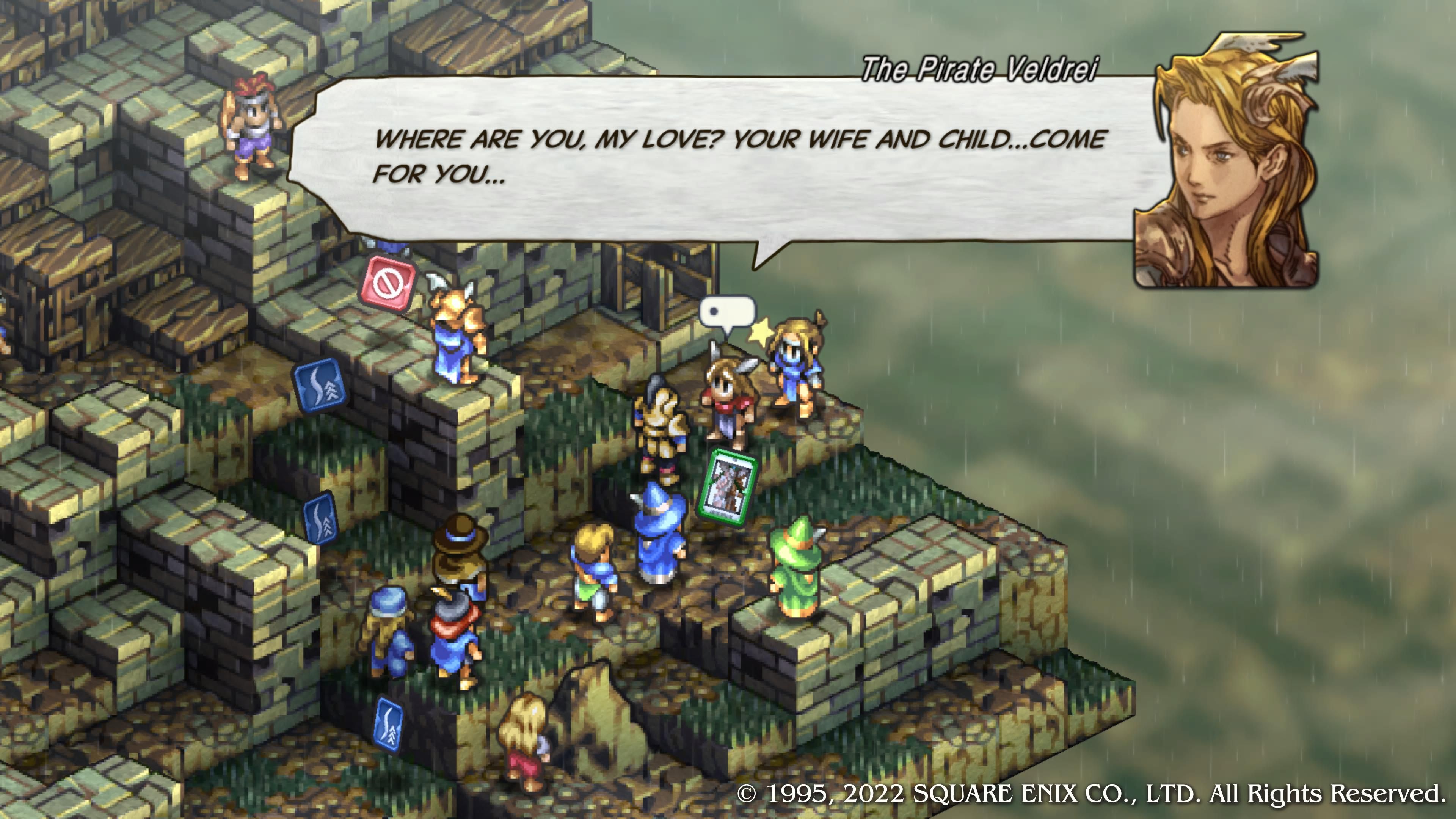 Bit of a breather after another hard one, this. We didn't find it difficult to keep Folcurt and Bayin alive, especially Bayin; he seems to know to stick to the lower end of the fortress. As an aside, Tactics Ogre deals with the notion of truly unfortunate enemy deaths fairly regularly, but between Veldrei and the upcoming Dagon character, this part of the game is Game of Thrones levels of harsh… 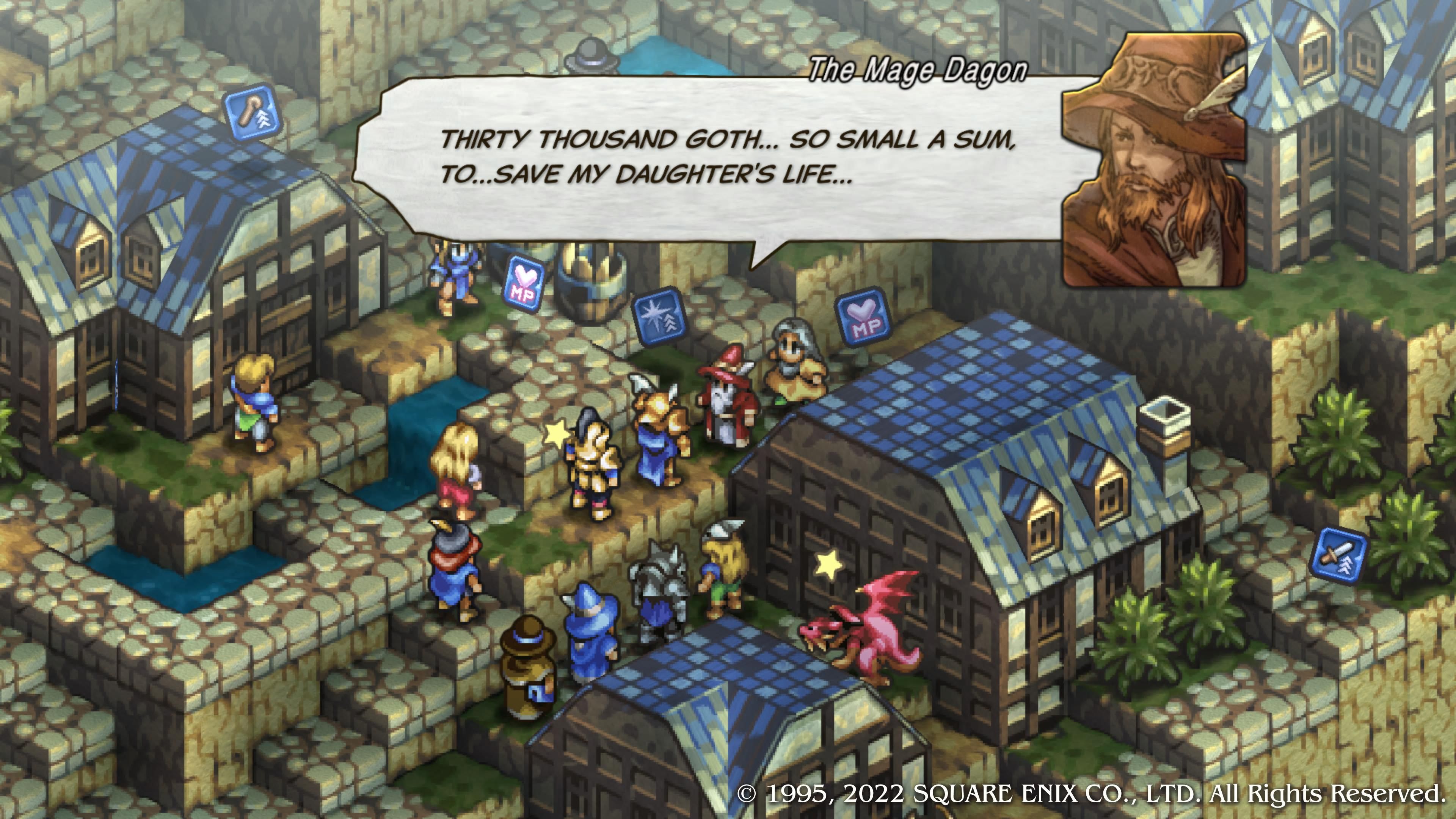 Dagon's crew has a lot of offensive capability, but it comes at the cost of a pittance in healing prowess. That lone Cleric isn't going to be able to keep a strong force at bay for very long. Nevertheless, you'll want to be careful. A trio of Clay Golems is no joke, and a trio of Wizards and duo of Archers to boot? You're looking at some serious firepower, often multi-targeted.

Swing by Boed Fortress now for some nifty cutscenes featuring Cistina and her more radicalized sister. Asking Cistina to come along not only secures her as a unit, but also Folcurt and Bayin. Don't, er… don't say no to this. 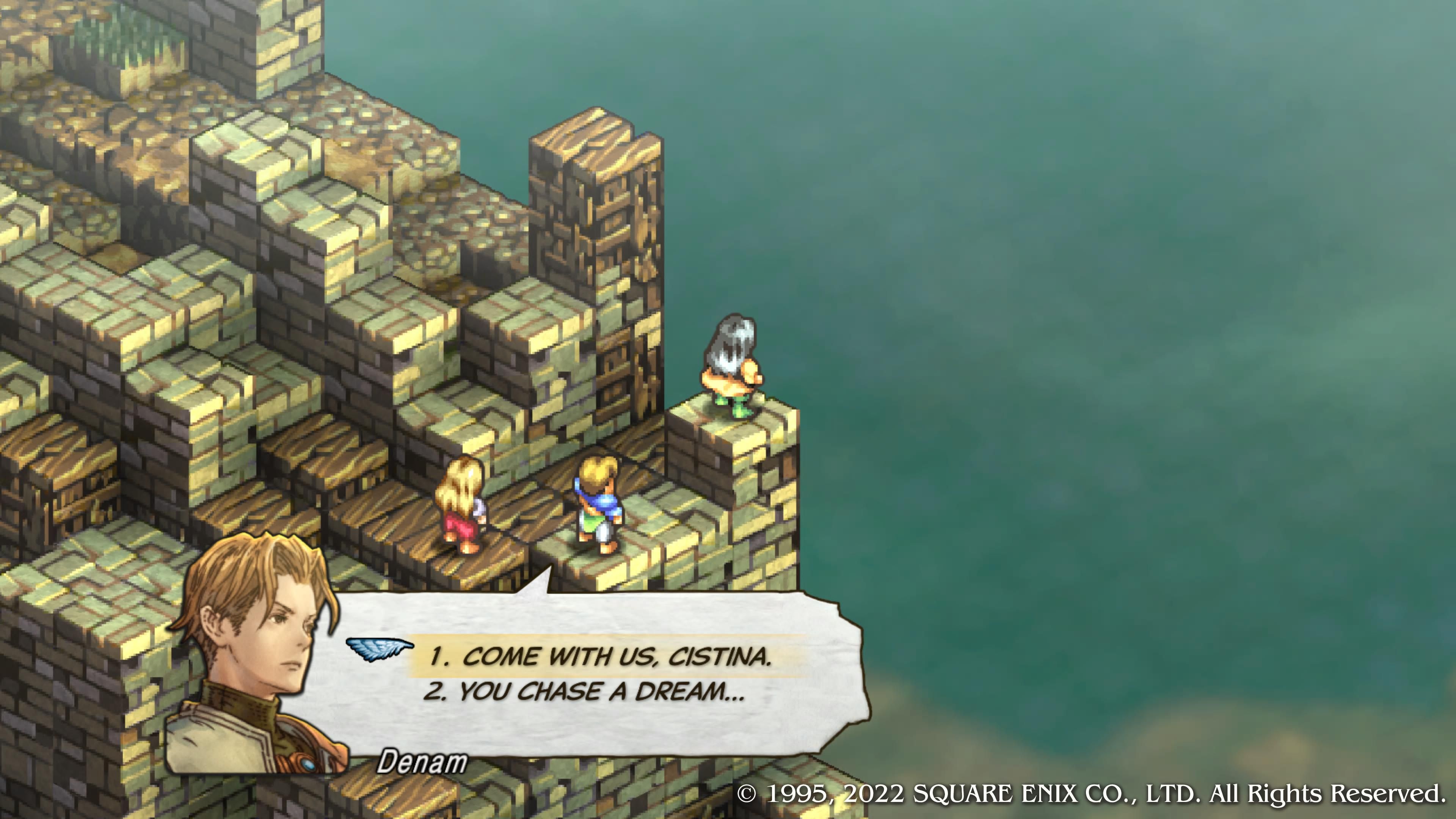 Enjoy the rather brutal cutscenes. Make sure Denam is packed full with healing items, and if at all possible, have him set as a tank-like class.

Story Battle: The Arkhaiopolis of Rhime 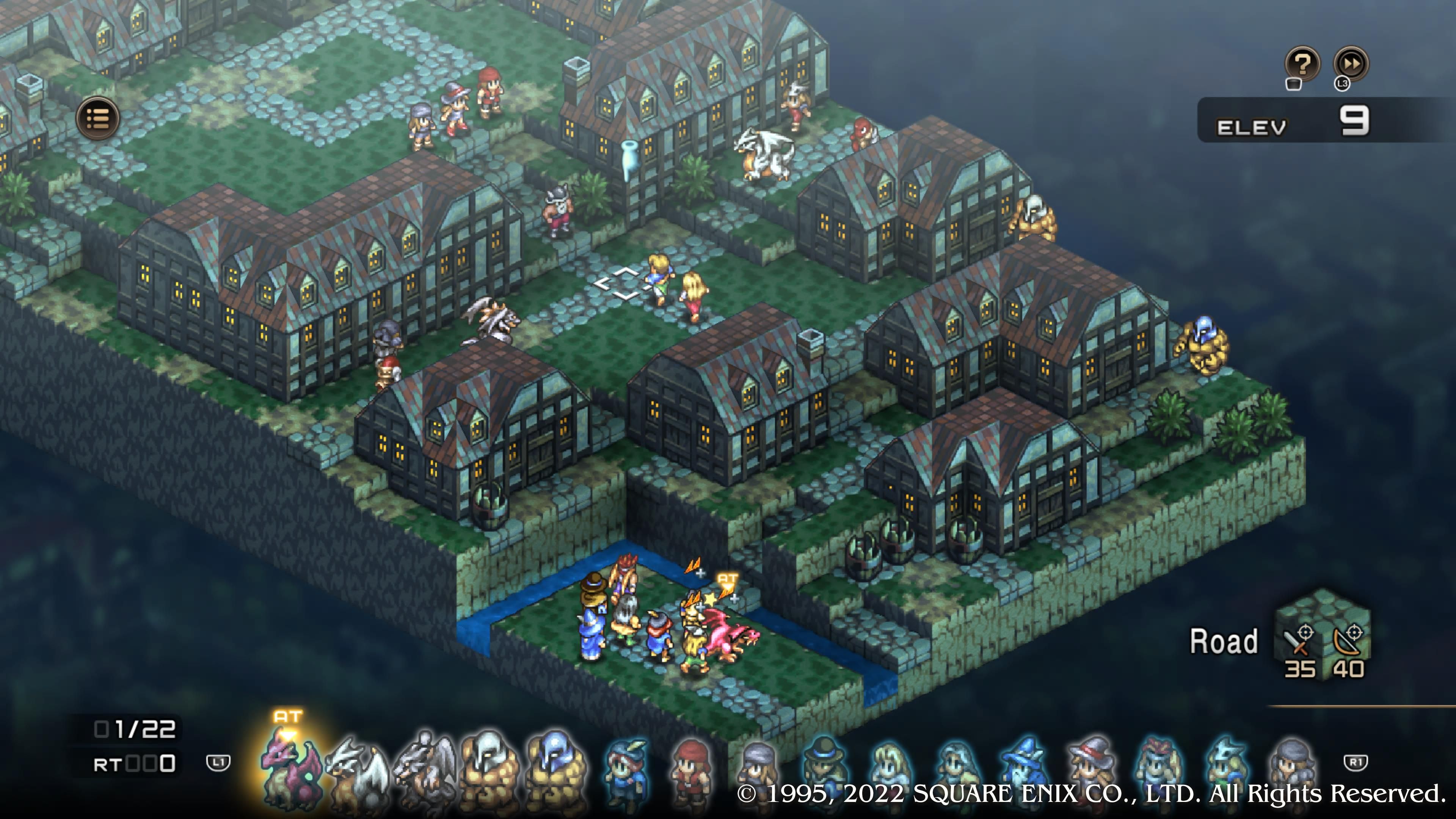 Don't let the utter lack of healing units on Xapan's team fool you into thinking this is Dagon 2.0. The Rogues and Beast Tamers have a seemingly endless supply of Mend Leaf +1s and +2s at their disposal. Denam (and Catiua) are surrounded at the beginning of the battle (as seen above), and you'll be dealing with this for a while. It's not the most pleasant experience.

The last two fights of Chapter 2 (Chaos) are back-to-back, so stock up on healing items and make sure your gear is the best it can be. And keep Denam as a melee class; heck, train him up so he has one, if necessary. 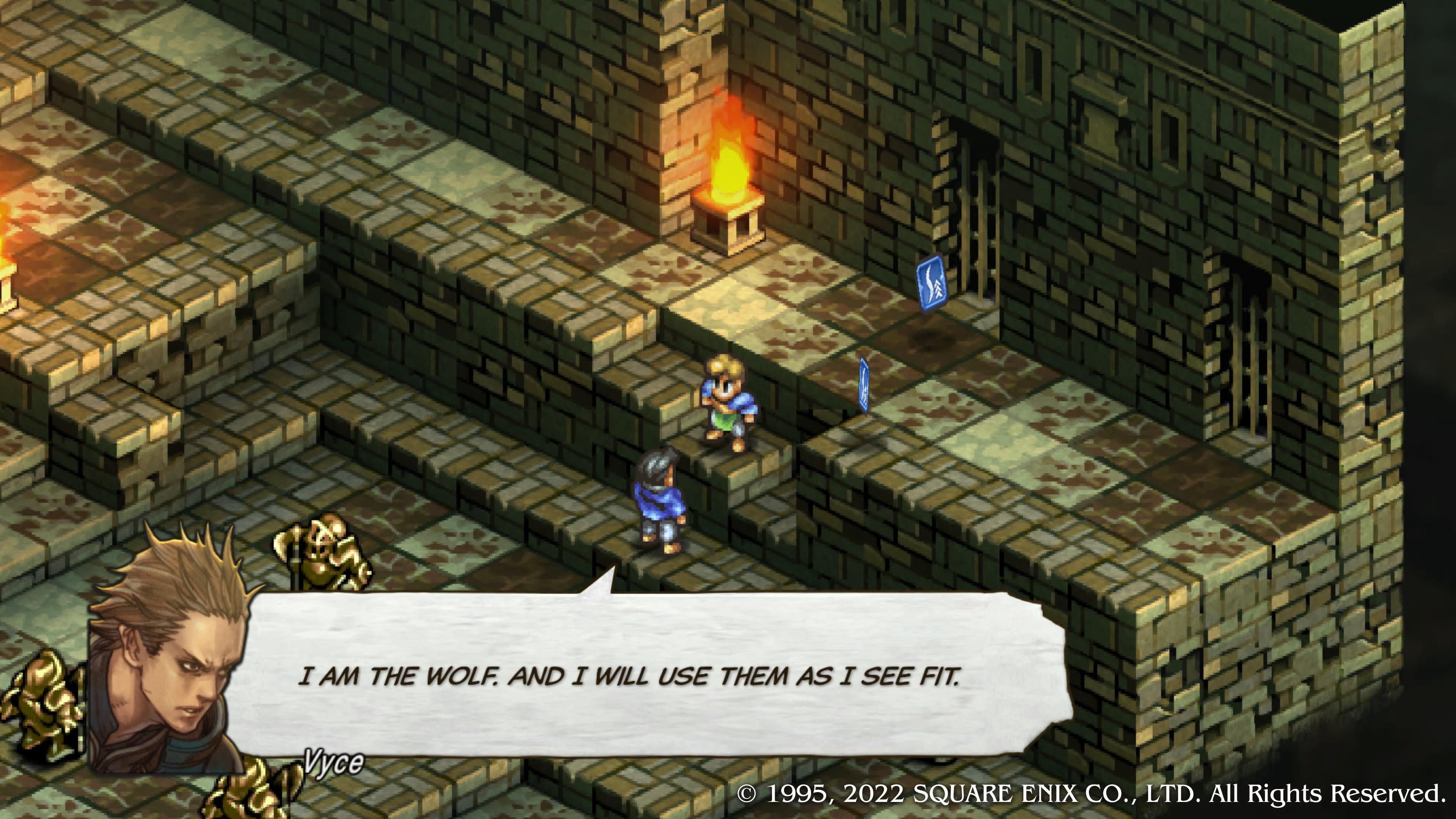 Stronghold Battle: The Gates of Almorica 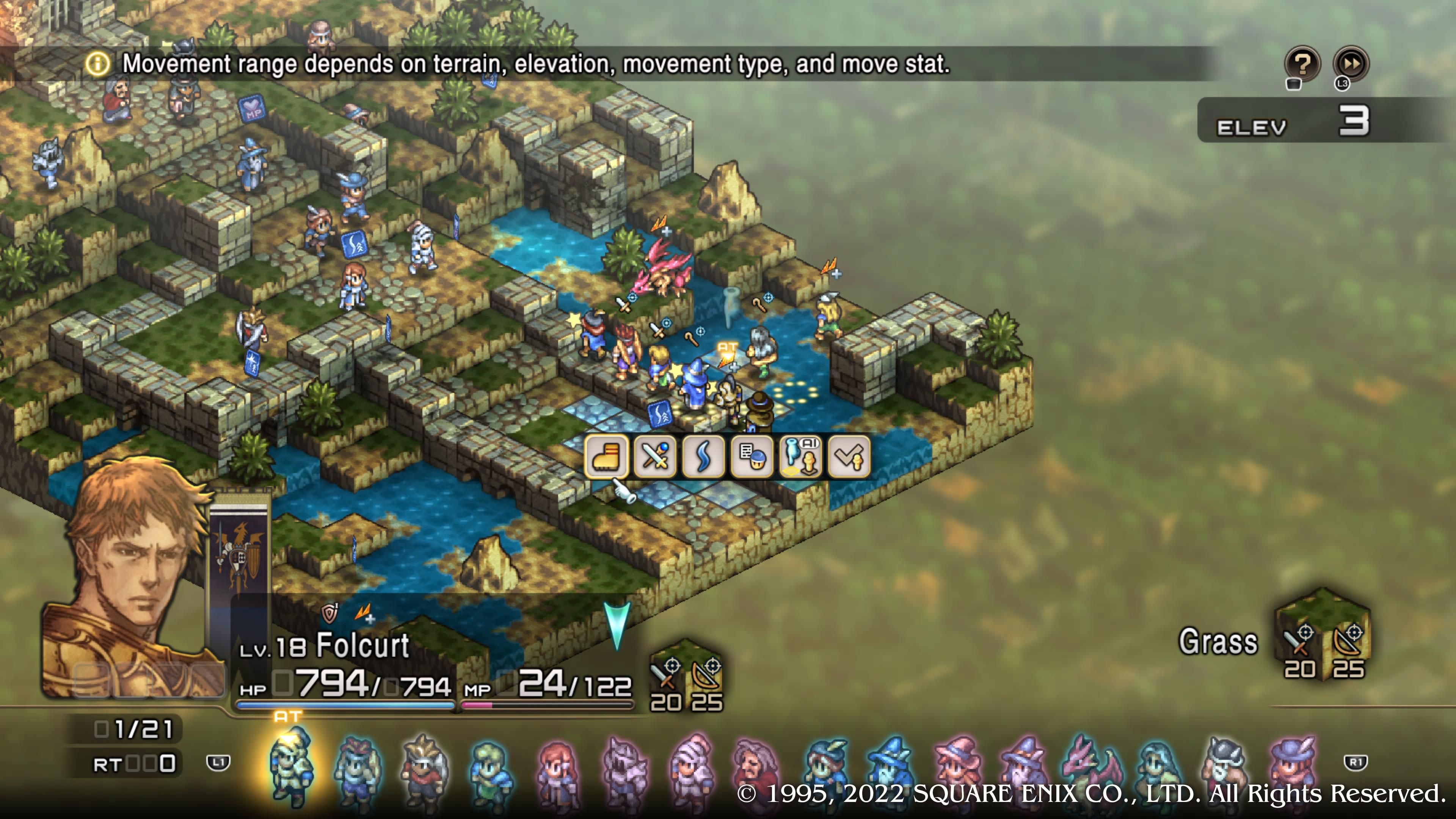 This battle just scrapes by as a three-star engagement rather than four, if only because, as noted above, you don't actually have to take down Xapan. Once you know that, you'll also know to head up the watery path to the east. 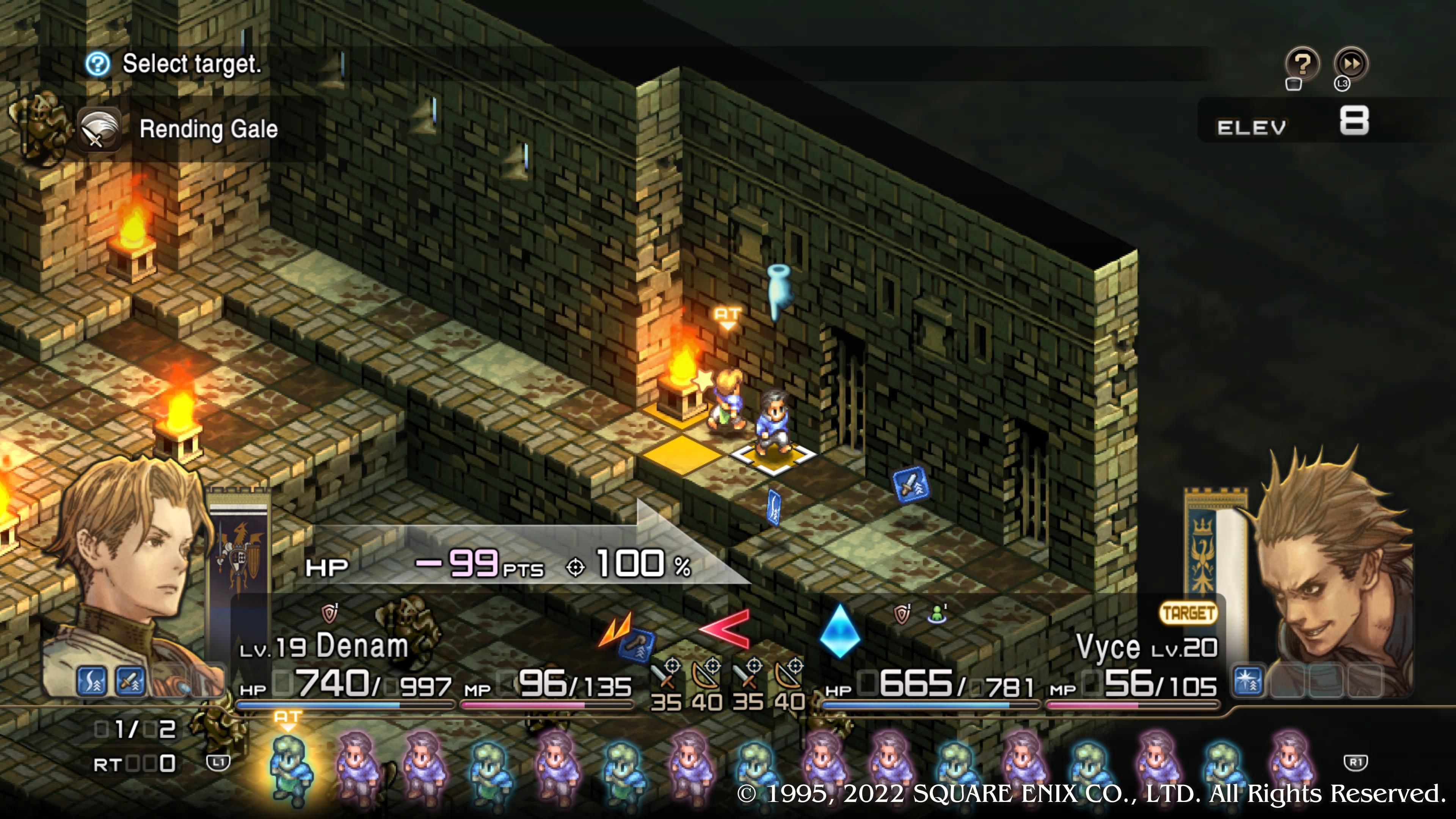 Denam waltzes into Almorica Passageway alone, strictly for narrative purposes. We simply have to accept this. Vyce, like most enemies, is more threatening with Tactics Ogre: Reborn's mechanics, so even if you've aced this before, be cautious. Under no circumstances should you have Denam as anything but a Knight or Terror Knight here. He needs to withstand some serious pain.

Route Split: Should You Agree With Leonar? 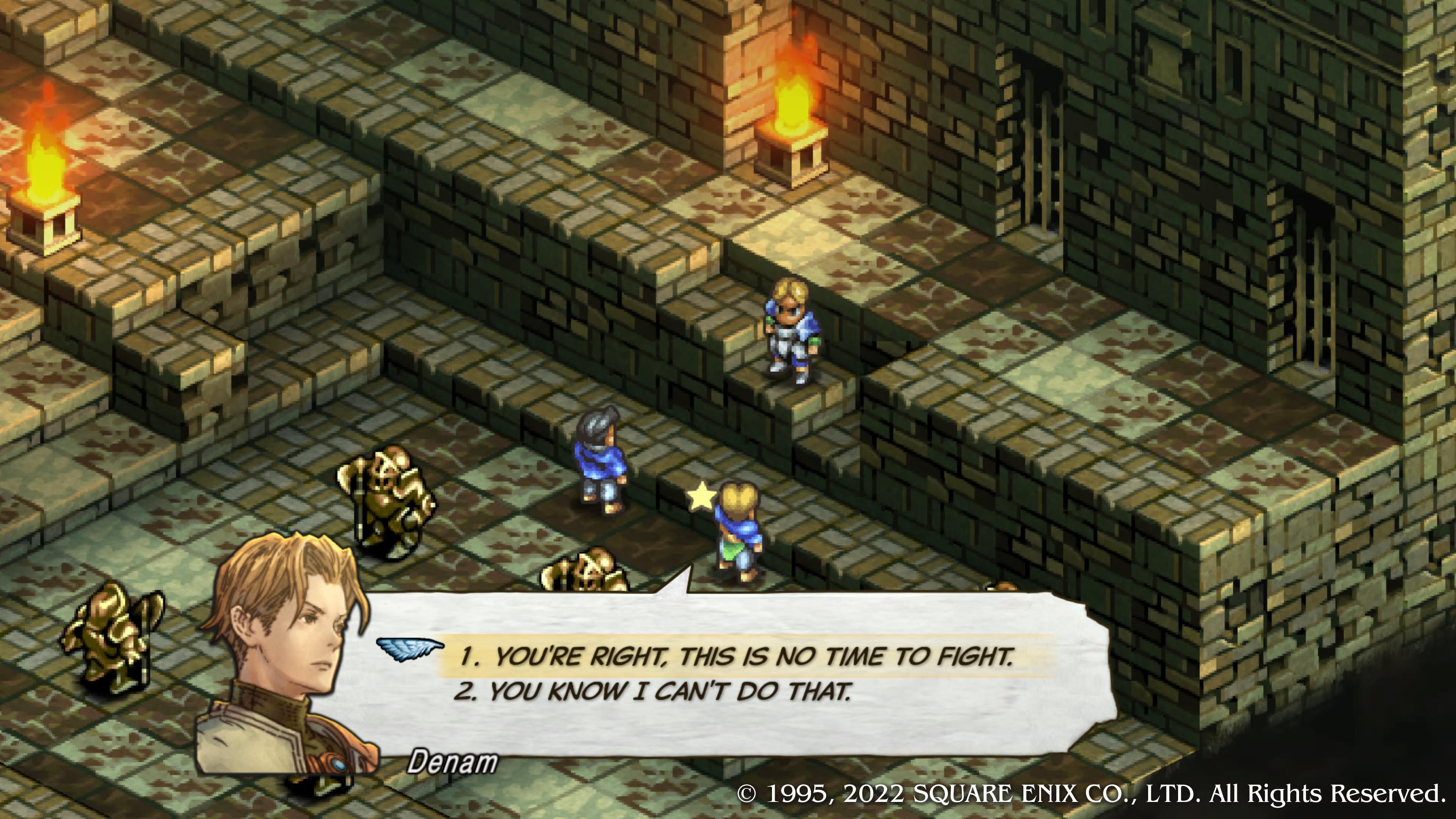 Chapter 2 (Chaos) is coming to a close, which means players are presented with another choice. At this point, you cannot reach the Lawful route, as that chance passed you by permanently when you declined to partake in the massacre at Balmamusa.

What that leaves us with is:

As was the case with Chapter 1's big decision, there's no right or wrong choice. The story diverges wildly again, and several characters are only obtainable in one route or the other. Regardless — and again, the same was true for Chapter 1 — you will be able to go back in time after beating the game to explore other routes without needing to completely restart Tactics Ogre: Reborn.

In other words? Go with your gut. Think about how you feel, or more accurately, how you think Denam would feel. Is it time to quit this rebellious streak for what Leonar believes to be the greater good? Or must our hero continue to journey into darkness? Either way, we've got you covered with guides to come.