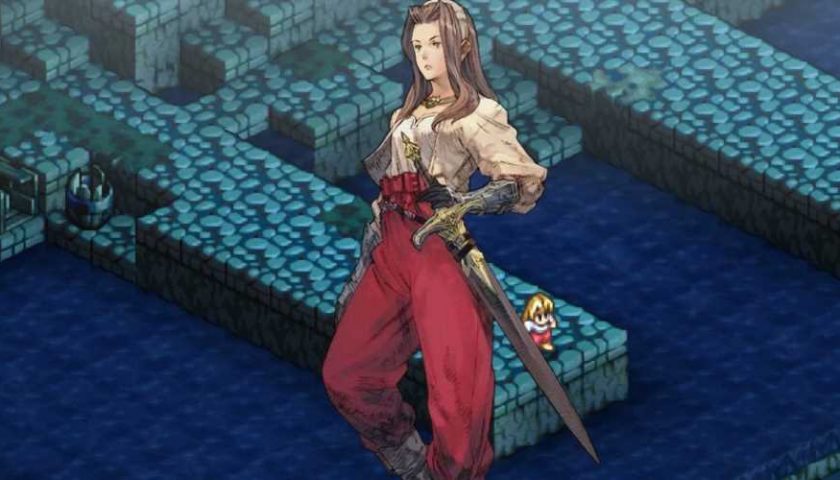 Catiua is a significantly important character in Tactics Ogre: Reborn, and this is reflected well in the fact that she has not one, not two, but three entire unique classes at her disposal – so many that you can feel frustrated at how restricted they are.

All three classes are great in their own way, but you'll need to know exactly how to use them to make the most of them. We've got some suggested builds for each of them. 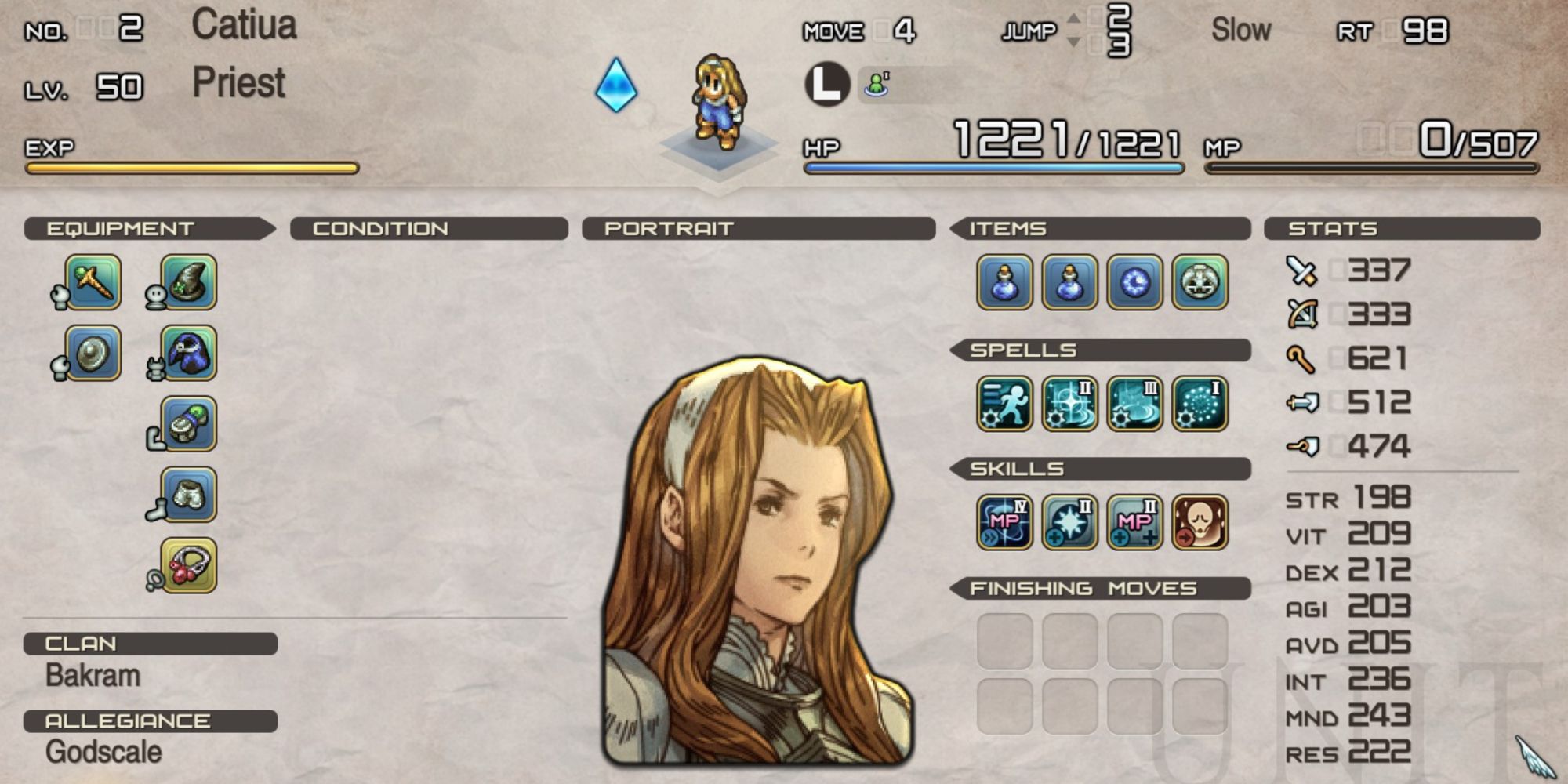 Priest is basically a souped-up Cleric and works really well if you need a healer. You'll get Abuna Classmarks easily by heading to Phorampa Wildwood in Chapter 4 and taking out Clerics in the first map.

This build is useful at all times, but shines in battles against the undead.

You can treat Catiua as any other Cleric with this build, albeit one with a bit more offensive whack. Loading her up with MP-recovery items or using another unit to supplement her MP will be fantastic, though, as this is a pretty MP-costly build.

The Princess class is what you'll get when you recruit Catiua normally in Chapter 4. It's a fantastic class that balances offense with defense.

This build aims to turn Catiua into a serviceable nuker who can also heal when the time comes. 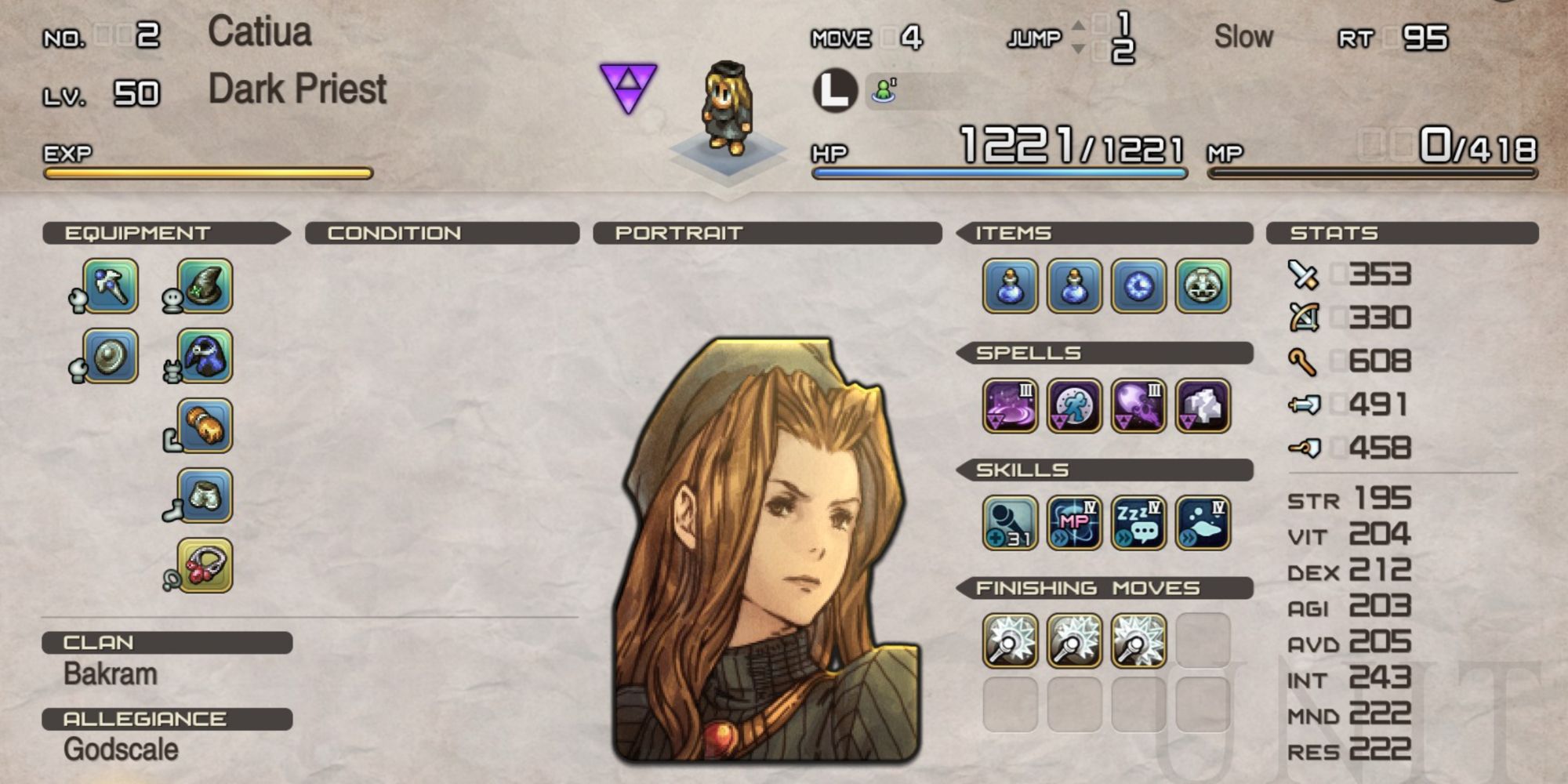 Dark Priest is a very offensive-based class, which is a stark contrast to Catiua's other unique classes. The highlight of the class is Bloody Gag, which will put nearby enemies to Sleep, as well as Silencing them.

The strategy with this build is pretty obvious – stay close to the front lines to take advantage of your auto skills and pelt enemies with spells.