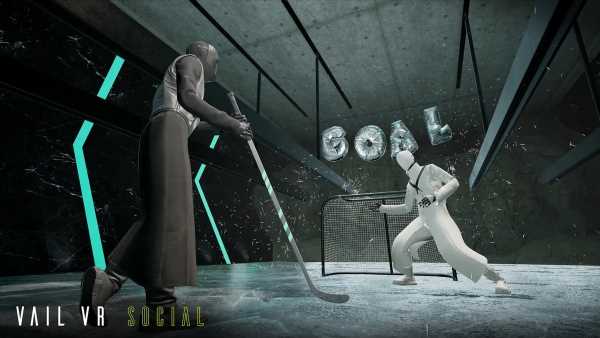 The game’s closed alpha testing is today adding a ‘Vail Social’ element, introducing new things for players to do when they’re not shooting each other in the face. Check out the somewhat unusual reveal trailer below.

As you can see, the new hub is comprised of minigames like chess and even team-based hockey matches. You’ll also be able to draw, visit a nightclub and developer AEXLAB says there’s the ability to watch video content together too.

Memes aside, it’s a pretty interesting exploration of how VR games can offer new ways to kill time with friends between matches.

We tried Vail ourselves earlier this year and were impressed with what AEXLAB is building. The game is a little like a VR version of Counter-Strike, with manic matches in tight spaces, but the focus on VR’s physicality helps change the experience up.

Currently Vail is only in development for PC VR, with no word yet on possible Oculus Quest or PSVR/PS5 VR versions. You can request access to the alpha over on Steam, but it’s likely to be a while yet before the game is ready for a full release.