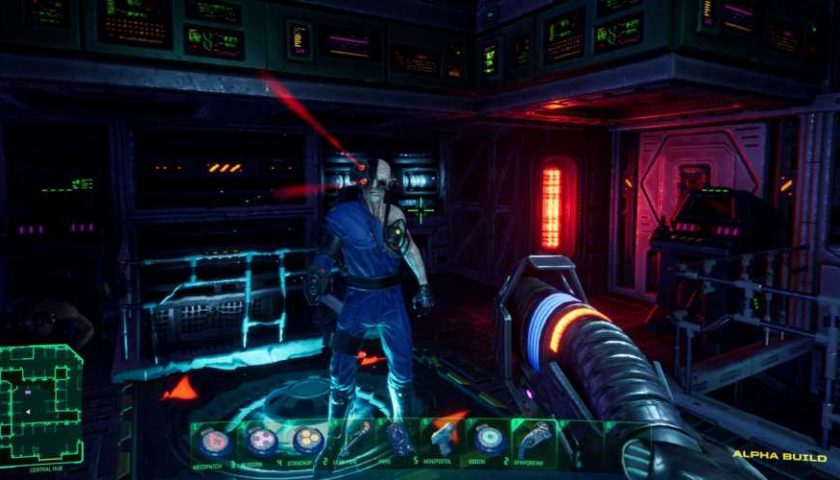 Nightdive's System Shock remake finally has a release window. It's been almost seven years since the remake was first announced back in 2015, but now we know that System Shock returns next March.

That's according to the Steam store page for the System Shock remake which was recently updated to have a March 2023 release window. There was no announcement confirming this release window, nor was there any additional information that might narrow down when next March we might be able to play System Shock. Pre-orders are now available.

The remake for System Shock has had an apparently rough time. After being announced in 2015, Nightdive Studios then held a successful Kickstarter the following year when it raised $1.35 million from backers. Initially set for a release sometime in 2021, Nightdive then pushed that back to 2022, and now it seems like it’s landed on 2023. We can only hope that Nightdive sticks to this release window.

Last we heard from Nightdive was shortly after Gamescom where the studio had a booth in the main hallway. Nightdive’s latest Kickstarter update confirmed that the upcoming remake was nominated for multiple awards, "including Best Action Game, Most Wanted PC Game, and helped PLAION win Best Lineup."

System Shock is apparently "in the final stage of fine-tuning and polishing," wrote Nightdive, and there will be a backer beta test coming soon.

"During that time we’ll most likely be releasing an updated demo on Steam. After we go through the feedback and a final round of testing we’ll be ready for launch. When exactly will that be?" Nightdive asked. "When it’s done."

After the remake, nobody is quite sure what's will happen to System Shock. A third game was in development from Otherside Entertainment, but development has since been passed on to Tencent after the Chinese conglomerate purchased the rights earlier this summer. With nary a peep from Tencent, don't expect System Shock 3 anytime soon.