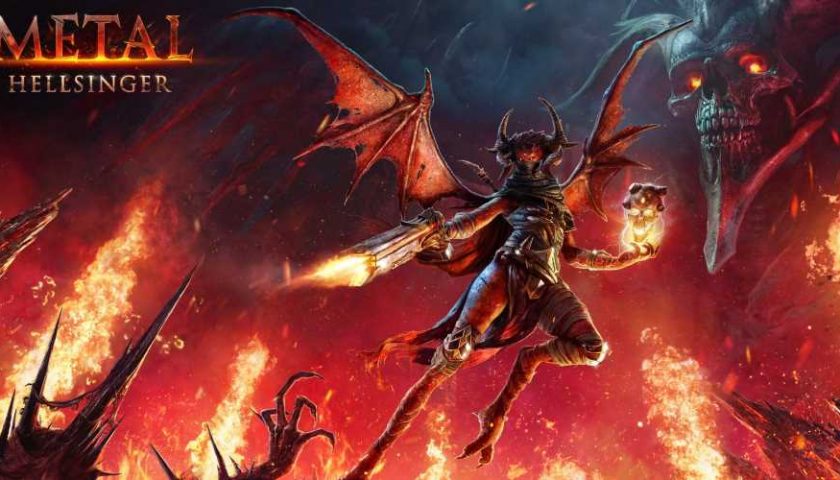 There are very few games and musicians that go together as well as Doom and Mick Gordon. The heavy-metal soundtrack was perfectly crafted to rip and tear through hordes of demons. It seems like that's the exact principle which Metal: Helsinger was founded upon. The rhythm baser first-person shooter boasts a soundtrack by some big names in the metal genre, most notably, Serj Tankian of System of a Down.

@MetalHellsinger a new rhythm based shooter game for PC, PS5 and XBOX series X|S released later this year. I’m not big on gaming, but this intense trailer has got me excited to play!" tweeted Tankian as the official artists list was revealed by developer, The Outsiders.

Tankian will perform one of the tracks, titled No Tomorrow. He will be joined by the likes of Lamb of God's Randy Blythe, Alissa White-Gluz of Arch Enemy, Matt Heafy from Trivium, Mikael Stanne of Dark Tranquility, Tatiana Shmayluk of Jinjer, Dennis Lyxzen from Refused and INVSN, and Black Crown Initiate's James Dorton.

All the songs in the game are written by Swedish composers Elvira Björkman and Nicklas Hjertberg. We already heard one track at last year's The Game Awards – Acheron as performed by Randy Blythe. Metal: Hellsinger's rhythm system sounds pretty neat – you'll have to perform all actions, like shooting, reloading, and maybe even movement to the beat. And like in the case of BPM: Bullets Per Minute or Crypt of the Necrodancer, the better you follow the beat, the better you'll perform in the game.

Each of the game's songs have been split into layers – meaning the higher your score, the more layers will be added and you'll be able to slaughter demons with the full might of the metal soundtrack. The game will have you play as a part-demon heroine taking on the hordes of hell along with a brutal arsenal of weapons. It will be a rather short game, featuring eight levels, a leaderboard, and challenge mode.

Sticking to the theme of famous voices, the narrator will be played by Troy Baker.