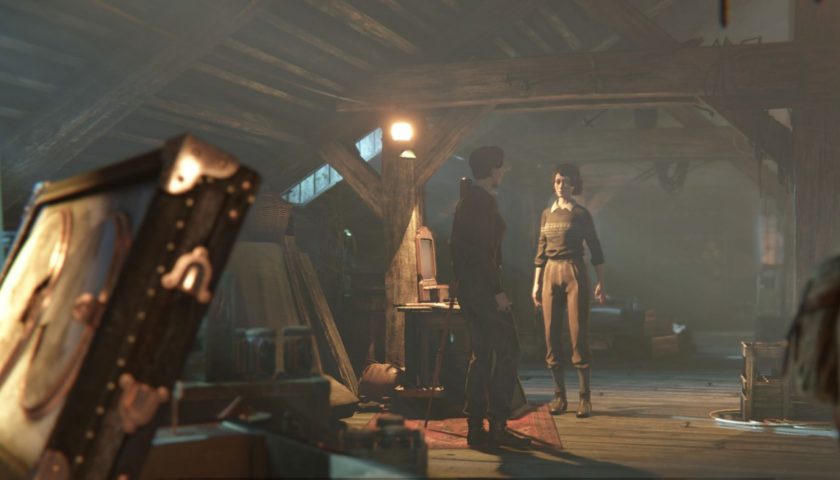 After Kate listens to Leni's story at Silberspiegel Refuge in Syberia: The World Before, she is tasked with opening a large coffer that was left by Frau Junta in the 1930s and never retrieved or opened. The next clue to her investigation is inside, but the chest is a Voralberg contraption – it will take more than a key to get it open.

If you're having trouble getting past the confounding coffer, we've got you covered. Read on to find everything you need to know for finding and opening Frau Junta's coffer.

How To Find Frau Junta's Coffer At Silberspiegel Refuge 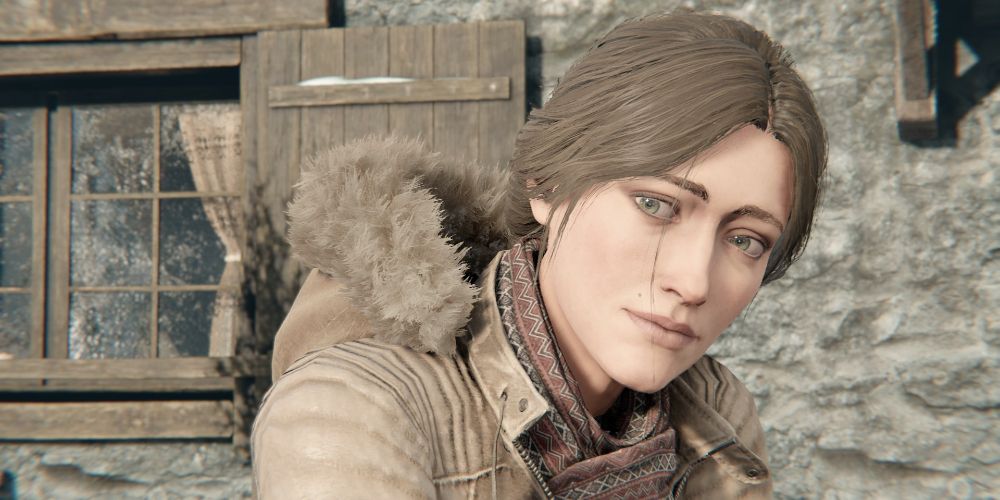 After Leni's story concludes and gameplay returns to Kate, look around the refuge and talk to the only other guest to learn more about the region’s history. It's especially important to use the telescope next to Leni, even if you already used it as Dana in 1937, as it has important information you'll need later. A coin-op mechanism has been added in the intervening years, so you'll need to use your wallet on the telescope to activate it. You only need to pay once as long as you don't leave the telescope screen.

Using the buttons on the telescope's viewfinder, focus on and print a photo of all five landmarks on the horizon. Not only will doing so get you clues for the upcoming puzzle, but it will also earn the Tourism accolade.

When you’ve seen everything around the building and are ready to continue, pull the lever at the top of the stairs to access the attic; you’ll need to click rapidly and repeatedly to move the stuck mechanism.

In the attic, pick up the reel on the table in front of you. Look in the cardboard box on the left to find a letter from the Voralberg Factory in France and a medal awarded to Leni at the end of the Second World War.

The coffer is located at the back of the attic – it's a massive chest against the far wall. If you're hoping to complete the game's secondary objectives, be sure to inspect everything in the building and talk to both Leni and the Belgian guest before opening the coffer.

How To Open Frau Junta’s Coffer 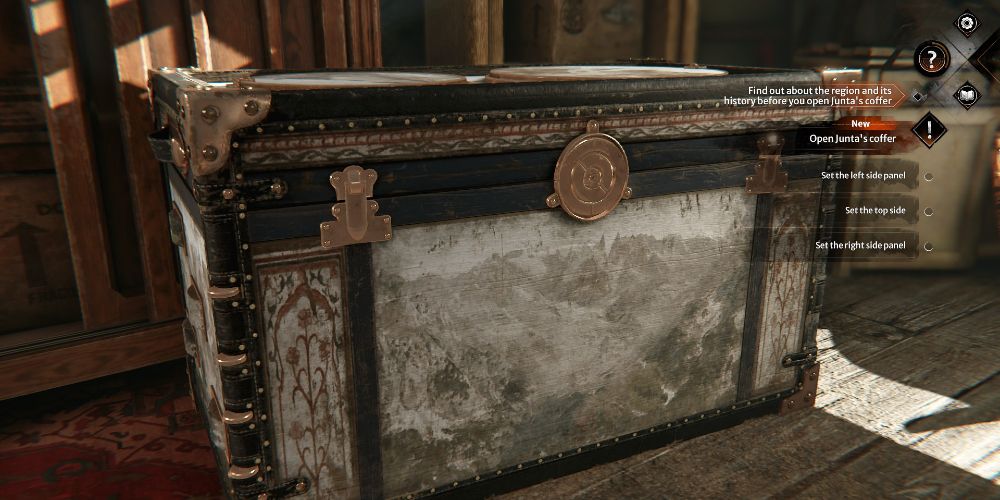 The coffer has three panels, each with different mechanisms. The top panel has two turntable-like discs that can’t move at the start of the puzzle. The right side has six sliding panels and the left side has rotating dials. 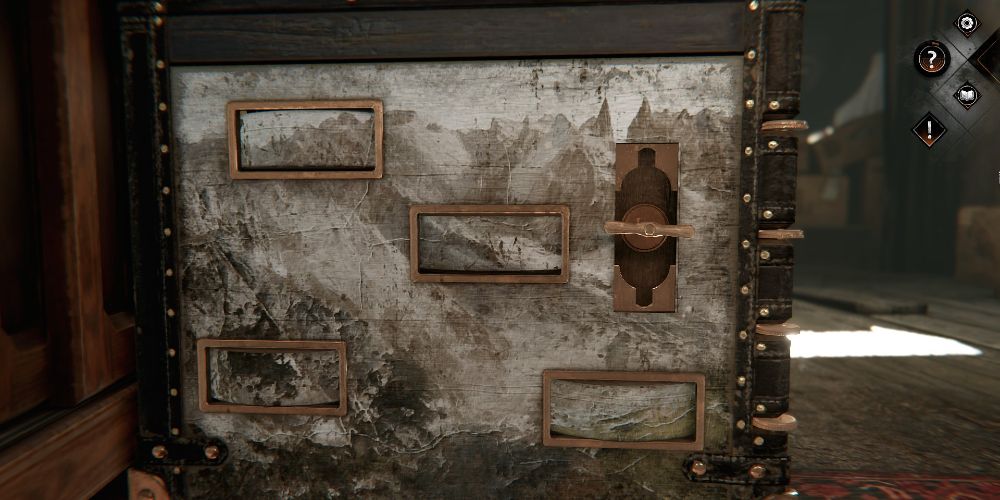 The left side has a barely-visible image of the mountains on it. Rotate the dials so that the image lines up and a handle will appear. Turn the handle ninety degrees clockwise to release the left disc on top of the chest. 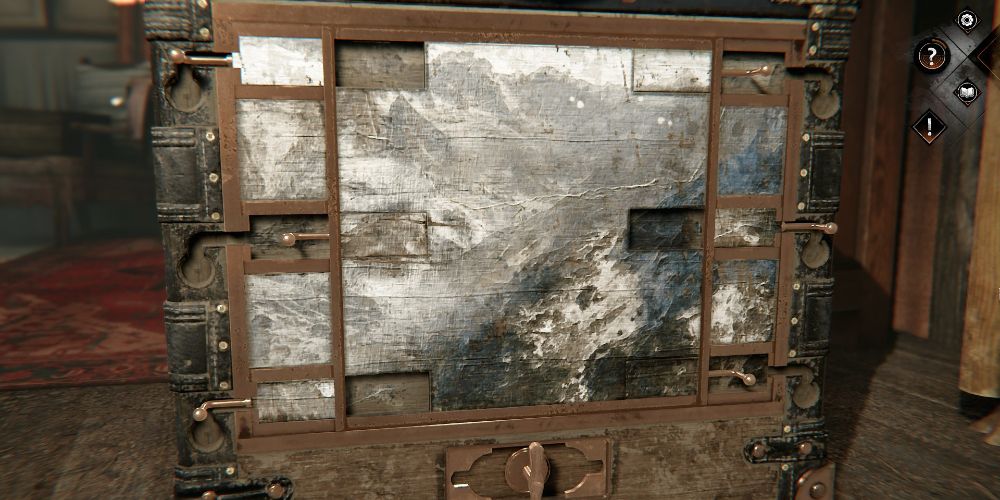 On the right side, slide the panels so that they match their surroundings in the image. The middle left, top right, and bottom right panels should be slid inward while the others stay in their starting positions. Again, a handle will appear when the panels are aligned correctly. 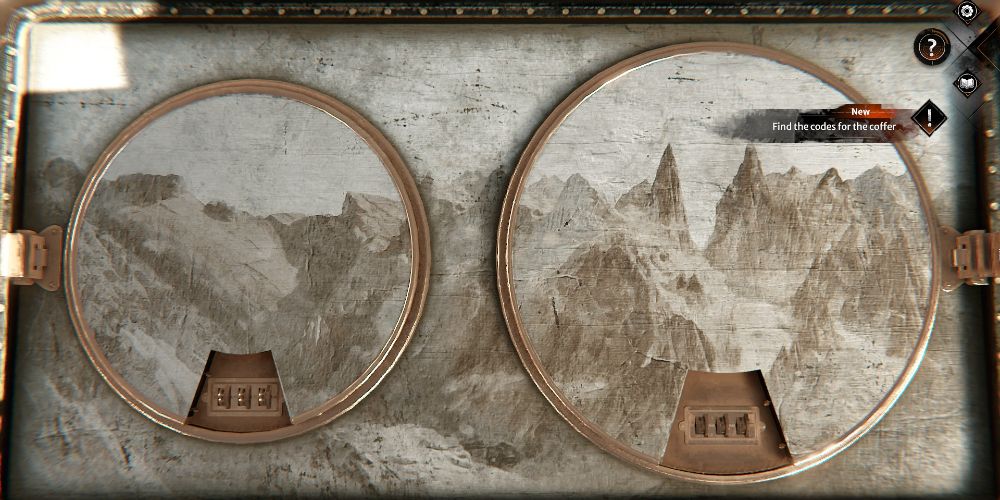 After turning both handles, the discs on top of the lid can be rotated. Turn them to create the image of the skyline, and numbered dials will appear below each.

Refer to the photos you took at the telescope – the angle degree needed to observe each landmark is written on them. Enter 072 on the left dial and 108 on the right dial, the coordinates for the landmarks shown on each (Silberspiegel and Devil’s Pass, respectively) and the chest will open.

Inside, look for the Voralberg insignia on the right-hand side. Move it aside to reveal a keyhole like the one from the antique shop. Next, inspect the main contents of the coffer. Take the film canister in the upper-right corner, then move the journal in the center-left to reveal a letter. Read it to return to 1937 as Dana.

How To Open The Inner Compartment 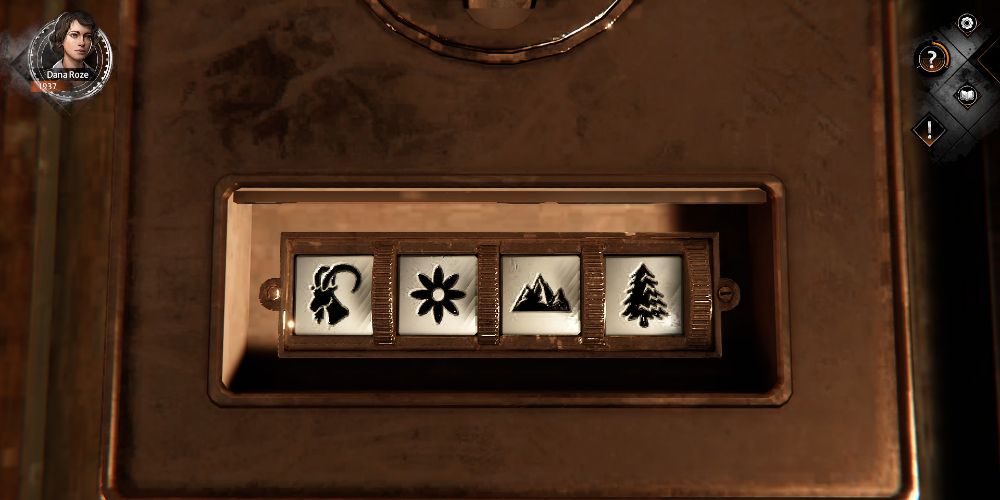 After the cutscene, you’ll gain the ability to swap between Dana and Kate. Stay as Dana for now and look around the room until you’ve seen everything you’re interested in. Take the key from the coffer and Junta will ask you to put it somewhere safe. When she mentions Leni, don’t tell her about the stolen lens and you’ll earn the Loyal accolade.

Put the key in the hiding place Junta points out, under the floorboards. At this point you can return to Kate but first, go into the darkroom at the back of the attic. Look at the prints hanging to dry on Dana’s left and note the order of the four photos on the right side.

As Kate, go to the area where Dana stashed the key and move the box on the right. Repeatedly click the loose floorboard to pry it open and recover the key. Insert the key into the lock you revealed earlier at the coffer, and a combination lock will be revealed.

Turn the dials so that the symbols match the photos Dana saw in the darkroom; the order is goat, flower, mountains, trees. The bottom drawer of the coffer will open, allowing Kate to retrieve the miniature projector inside. 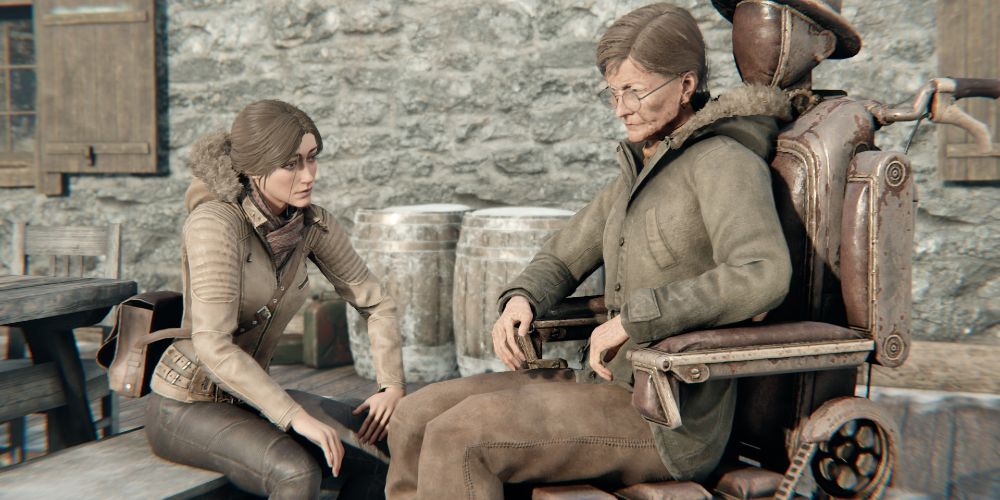 Place one of Junta’s films from the coffer on the left-hand spool, and the take-up reel you got from the attic entrance on the right. Next, lift the viewing screen and run the film underneath it from left to right. Once the film is properly spooled, close the viewing screen and press the button at the bottom center of the projector to view the film.

After watching the first film, rewind it by rotating the left-hand reel clockwise. Prepare the second film – this time Kate will automatically spool it, saving you the extra steps – and view it.

You’ll be taken to a first-person view as young Leni, filming the reel in 1937 that Kate is watching in 2005. Peek inside the darkroom then attempt to open the coffer. When Leni discovers that it’s locked, look at the desk to her left. Inspect the handheld camera and the film reels, and Leni will turn around, giving you a different view of the attic. Follow the onscreen prompt to walk forward until Leni stumbles, and the film will cut to the second floor. Continue following the prompts until Leni reaches a mirror.

Film yourself in the mirror, then turn around to get a candid shot of Leon and Dana having what seems to be an argument. The film ends here, returning you to Kate.

Go back downstairs to ask Leni what Leon and Dana were fighting about. After hearing the story, return to Vaghen the way you came. You won’t need to manually walk down the trail; a montage will bring you to the Flower District just after passing the waterwheel.