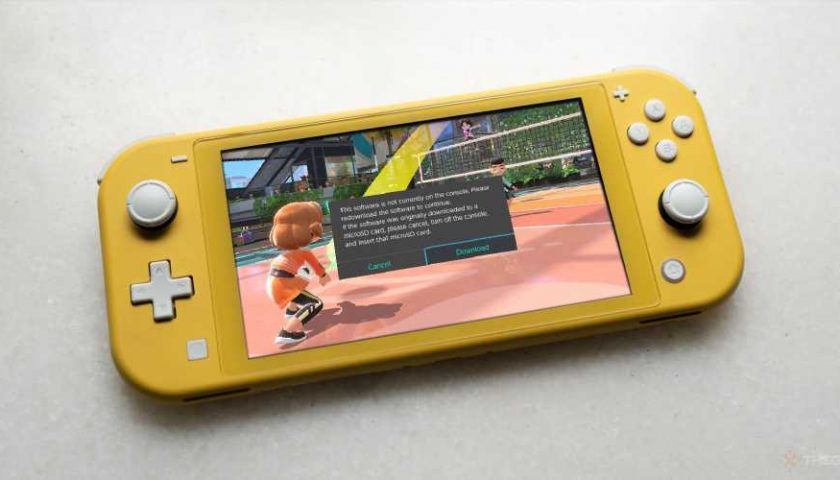 Nintendo presented its first Direct of the year last week. A Direct that has teed 2022 up to be a big year for Nintendo. One of the highlights of the 40-minute presentation was the reveal of Nintendo Switch Sports. As its name implies, Switch Sports is a spiritual successor to Wii Sports, one of the best-selling games of all time. Yes, it did come bundled with the console, but still, news that the Switch is getting its own take on the game was warmly welcomed.

Switch Sports won't be here until the end of April. However, some people will get the chance to get the game and some of its activities for a spin this weekend. Registration for the Switch Sports play test is now open, and those reading the fine print are slowly discovering things that might not have occurred to those excited for the game until now.

That Switch Sports won't be compatible with the Switch Lite, for example. As highlighted by superKMx on Twitter, the sites reads, “Nintendo Switch Sports Play Test is not compatible with Nintendo Switch Lite.” This might seem a little obvious to some of you, and may well be something Switch Lite owners simply didn't consider after being blinded by the excitement of the news that the Switch is getting its very own Wii Sports.

In order to play volleyball and soccer, and returning classics like bowling and tennis, you will need detachable Joy-Con and plenty of room to swing your arms around. The Switch Lite's Joy-Con cannot be detached, which means the motion controls needed to play Switch Sports aren't available. It also means Switch Sports can't be played in handheld mode on a regular Switch or the OLED Model.

Switch Sports isn't the first game on the family of consoles that can't be played as intended on a Switch Lite. 1-2-Switch and Super Mario Party also need motion controls and detachable Joy-Con if you want to make the most of them. The realization that Switch Sports can't be played on a Switch Lite comes shortly after Nintendo asked players taking part in this weekend's play test don't share their experiences with the game online.