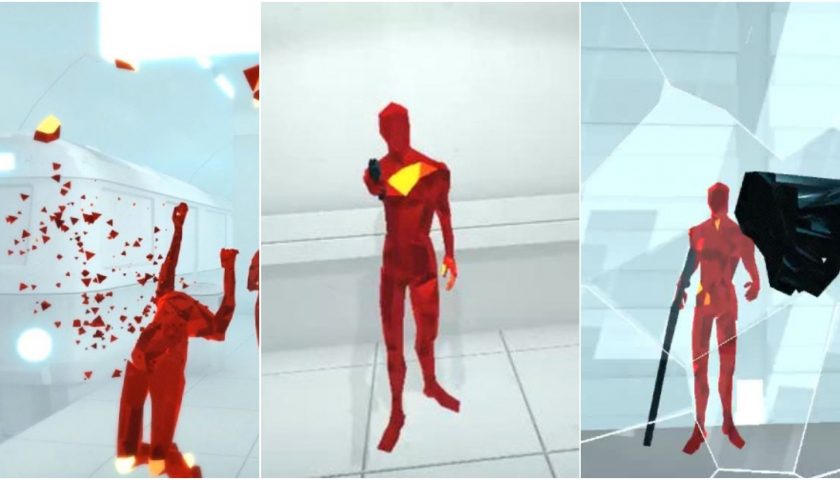 Superhot is the incredibly engrossing, challenging and stylish puzzle-based shooter that sees you take out enemies by manipulating time. The difficulty lies in not dying whenever time speeds up, so planning ahead is absolutely key. Taking your time to survey the constrictive areas you’re placed in, understanding just where the enemies are waiting for you and taking into consideration what weapons are at your disposal is key to your survival.

Despite being one of the shorter VR titles, Superhot is packed full of fantastic levels that test your reflexes, timing and precision – especially if you’re playing in VR. From taking out a series of red guys in a suffocating elevator to swiping through foes in a movie-inspired locale, there are a plethora of phenomenal places for you to fight your way through. 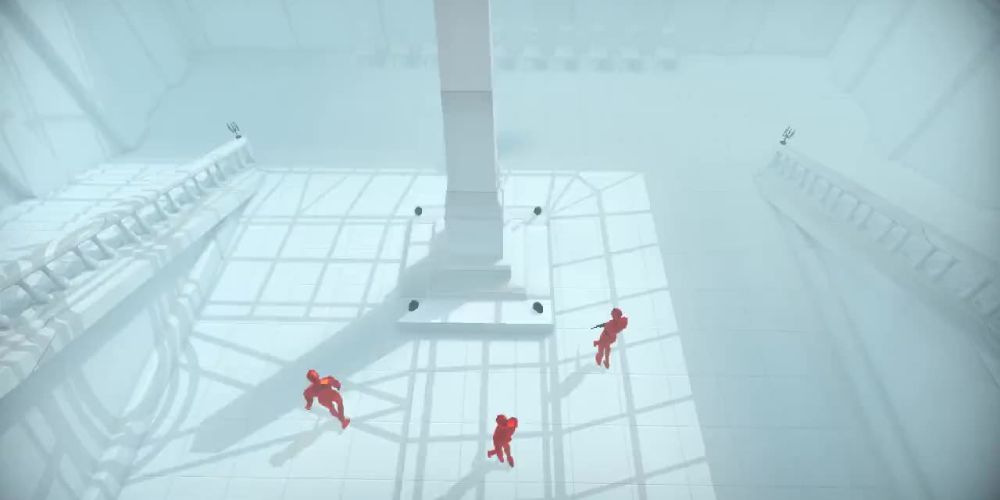 Ballroom is the twentieth level in Superhot, and as a result, is quite the challenge. Unlike other levels, Ballroom is quite wide, which while initially seeming advantageous, can quickly turn against you. You start off with a katana and have to take out a few guys below you, only to find more have spawned where you initially stood. It’s a tricky level to overcome, especially when dealing with the gunman above.

However, what makes this level truly special is its design. It's far more elaborate than other levels, featuring a staggeringly tall obelisk in the centre of the stage with winding staircases deviating in different directions, sprouting upwards towards the glass ceiling. It’s a truly beautiful location to explore, so long as you can avoid the deadly spray of bullets heading your direction whenever you so much as blink. 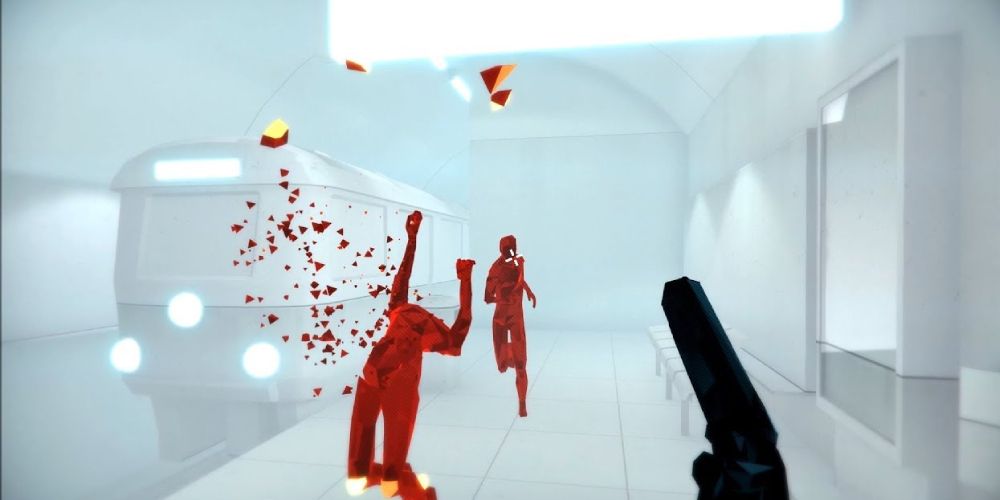 While a Superhot level dedicated entirely to being set in the fast-food sandwich establishment, Subway, would be incredible, this Subway level is set entirely within the underground, metro or whatever else you call an underground station filled with trains. It features everything you’d expect from a subway station including a train you can knock red guys into, turnstiles, billboards and an annoyingly long staircase you frankly don’t want to climb after your long commute.

Despite being one of the first levels in Superhot, the Subway level is rather challenging, containing eight enemies for you to blast your way through. You have to avoid hazards like the train – although that should hopefully be simple enough – and deal with multiple armed red guys who want nothing more than to see you dead. With a number of fun secrets, hidden weapons and a sneaky floppy disk, there’s plenty to see and do in this level. It's just a shame you can’t buy a sandwich here. 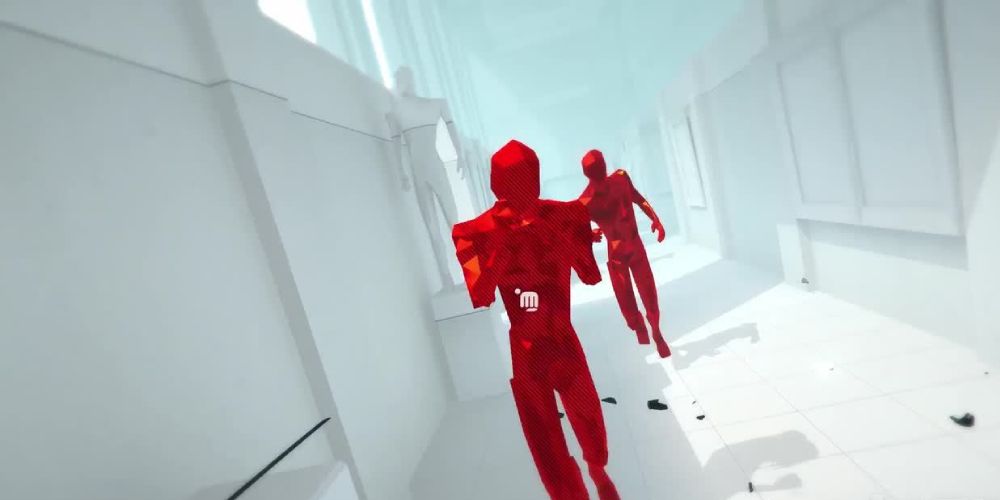 The Oldboy level in Superhot is perhaps the best. Not only is it incredibly well-designed, offering a punchy, heart-poundingly tense captivating thrill ride, but it is also a reference to one of the best movies ever made. Like Sifu years later, Superhot contains a reference to the movie Oldboy – hence the name. More specifically, it’s referencing the corridor scene.

While Oldboy is certainly more than just that one scene, the one-take corridor fight that saw protagonist Dae-su Oh exhaustedly fight against an enormous swarm of guys with just a hammer remains one of cinema’s greatest fight scenes. Of course, Superhot offers its own take on the scene – namely being set in an art gallery – but it offers largely the same vibe. It’s great to see such an iconic scene live on through video games. 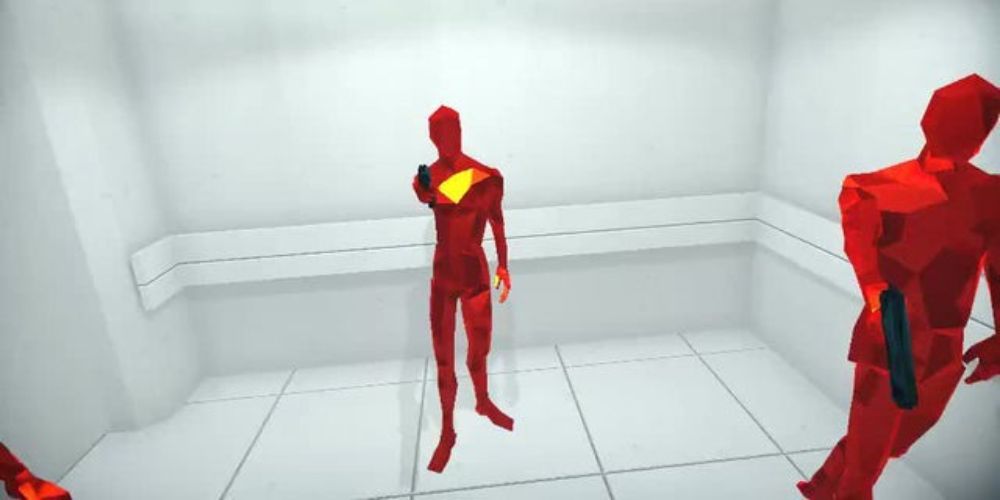 Elevator – or Elevator Pitch – may not be the longest level in Superhot, nor the hardest, but it does offer one of the more compelling setups. Placing the player directly in the midst of a troublesome elevator ride, you must take out a group of red guys in an enclosed space before fending off against those waiting on the bottom floor. Of course, its name derives from the Hollywood term to pitch your project in the time it takes to complete an elevator ride, so the level’s short length is mostly justified.

What makes this such a captivating level is the amount of challenge it brings. Being stuck in a confined space with a group of people that want you dead sure isn’t easy, and it’ll take a lot to wipe them out – you’re not Captain America after all. Even once you do defeat the red guys in the elevator, dealing with the two remaining enemies can be tricky, as they’re blasting bullets into the small space you have to manoeuvre around in. Suffice to say, beating Elevator Pitch won’t be easy, but it sure will be fun. 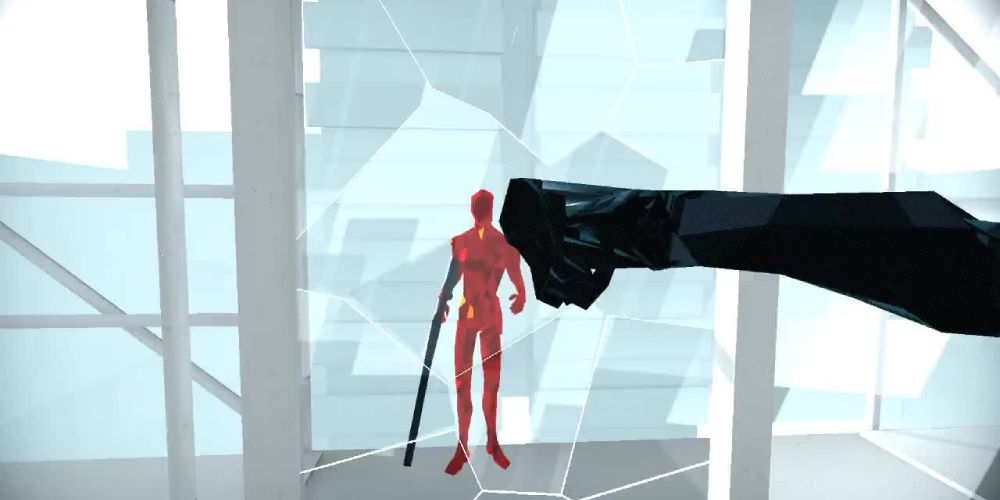 From Payday to Left 4 Dead, there are lots of fantastic Hospital levels in video games. While a lot of games tend to choose otherworldly or fantastical locations for players to roam around in, whenever one deviates from the norm and picks a real-life place, things tend to go one of two ways. Either it can evoke a sense of nostalgia, or it can get a little tense. Superhot leans heavily into the latter with its level Hospital, which, of course, takes place in an emptied hospital.

You’ll start from the outside, wobbling precariously on scaffolding, before leaping down and making your way through a hospital room. It is an incredibly challenging shootout that ramps up the tension rather quickly. Taking on 12 enemies is no easy task, but it absolutely makes completing this level a suitably satisfying endeavour. The challenge, haunting location and the sheer number of enemies makes this level perhaps as intense as that hospital segment in The Last of Us.