Super Smash Bros Ultimate is tipped to take centre stage during the rumoured January 2020 Direct conference. The next Nintendo Direct is tipped to take place this month, perhaps as early as next week. If the reports are to be believed, Nintendo could announce a dozen new Switch games during the presentation. But what Smash Bros Ultimate fans really want to know is who’s next for the Fighters Pass.

He joins Joker from the Persona series, Hero from various Dragon Quest games, and Banjo & Kazooie. Piranha Plant also launched as DLC, although not as part of the Fighters Pass.

According to the official game website, the final Smash Bros DLC character will launch by February 2020. This means a January reveal is almost guaranteed.

Needless to say, the rumour mill has gone into overdrive as we wait for official confirmation from Nintendo.

The latest reports suggest that Waluigi will make an appearance as a downloadable character.

The rumours gained traction after video producer Brian David Gilbert campaigned for a game dedicated to the cult favourite character.

Nintendo CEO Doug Bowser would reply to the video with a clapping emoji and purple heart, which suggests we’ll see more from Waluigi soon. 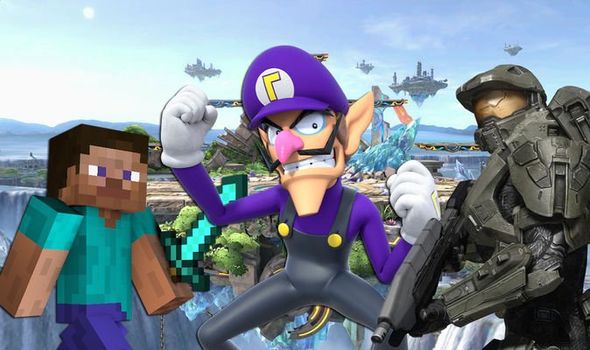 One of the strangest rumours suggests the Marine from Doom (aka Doomguy) could also make an appearance in Smash Bros.

As for Nintendo characters, perhaps we’d love to see Dr. Kawashima from the Brain Training series in Smash, or perhaps even Captain Toad.

Shovel Knight is another character that would be a good fit for Smash Bros, especially given the success the franchise has had on Switch.

Who do you think will appear in Super Smash Bros Ultimate next? Let us know in the poll below.

Whoever joins the roster will almost certainly be revealed as part of the January 2020 Direct conference.

Nintendo typically holds a Direct presentation towards the start of the year, and soon after a Nindies event.

With the last Nintendo Indie stream taking place in December 2019, all signs point towards an imminent Direct.

Likewise, a new GameStop leak suggests that Nintendo will announce upwards of a dozen new games during the January 2020 presentation. This includes a surprise Switch port for Metro Exodus.