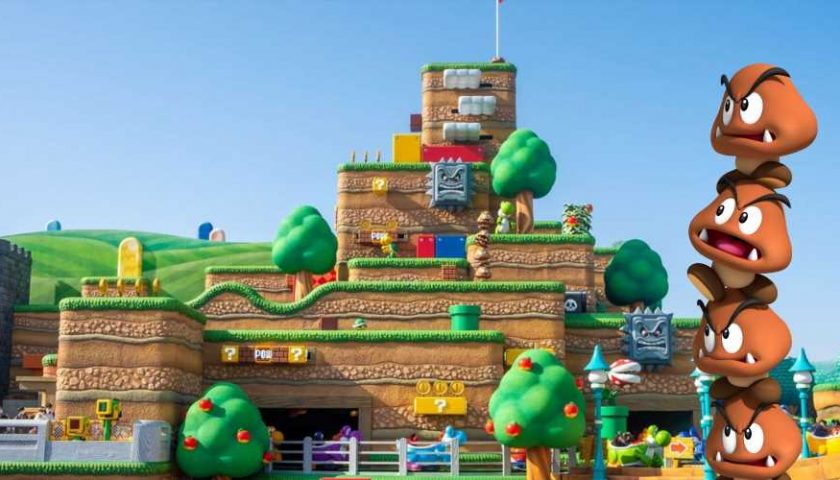 The Disney fanbois had their day in the sun for decades, but now, it's our turn. Super Nintendo World Hollywood is set to open on February 17, and we'll finally be able to set foot into the Mushroom Kingdom. A live attraction was perhaps the only thing missing from Nintendo's repertoire – besides a decent handle on online components – and with this second theme park opening in California, our childhood dreams are soon to be realised.

However, as with most things, fans are worried that the American version may not match up to the standards, or have the same attractions, as the theme park in Japan, which opened in 2021. Considering that Japan does most things better than anyone, it's an understandable notion. But, it seems we don't have to worry about that. Vice president of Universal Creative, Jon Corfino, has said that the Hollywood version of the park will be very similar to its counterpart in Osaka.

“In terms of the ride itself, [there is] no difference. In terms of how we had to adapt some of the queue lines, it’s only different in that the configuration is different," said Corfino in a conversation with Attractions Magazine (thanks, VGC). "They still have the same areas; they’re just laid out a little bit differently because the space is different.

“In terms of the land itself, we do not have a Yoshi ride, they do. But aside from that, I would say pound-for-pound, you’re gonna get the same game experience [and] the same visual experience. It’s essentially the same, but it’s a different configuration because they have a bigger geography than we do. We had to kind of compress it to [fit the space that] we had.”

However, one of the biggest draws of Super Nintendo World, as opposed to traditional parks like DisneyLand, is its digital integration. The theme park will incorporate AR technology as well as RFID tags in order to create interactive attractions.

“There’s a lot of kinetic activity. You’ll see it everywhere. There’s no rules here – it’s just like the game: you can explore however you want to, in whatever order. It’s all about discovery,” said Corfino, explaining the various ways guests will be able to interact with these digital attractions.