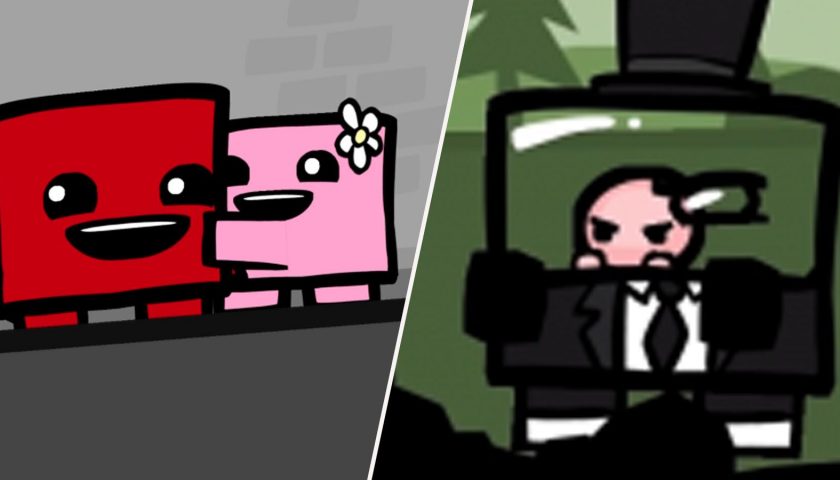 It’s hard not to think of Super Meat Boy when reflecting on indie games throughout the year. Indie titles have been more popular than ever and it’s easy to forget that their modern renaissance owes quite a lot to all the games that graced Xbox Live Arcade back in the 2010s. While a number of important indie games launched on Xbox Live Arcade, Super Meat Boy reset a precedent for higher difficulty curves that called back to a long gone era of gaming.

The original Super Meat Boy is one of the hardest (but fairest) platformers in the genre, demanding a level of fine-tuned reflexes that most video games never ask of the audience. Super Meat Boy can be challenging to pick up in this respect, but the fact players immediately respawn upon death (coupled with short stages) makes for an experience even inexperienced gamers can enjoy.

Although the meat of Super Meat Boy comes from platforming, the indie games feature several tense boss fights to test players. Dr. Fetus is Super Meat Boy’s final boss and one of the toughest platforming set pieces in the game, potentially tripping up even skilled players. Fortunately, there are ways to get around Dr. Fetus’ wrath. 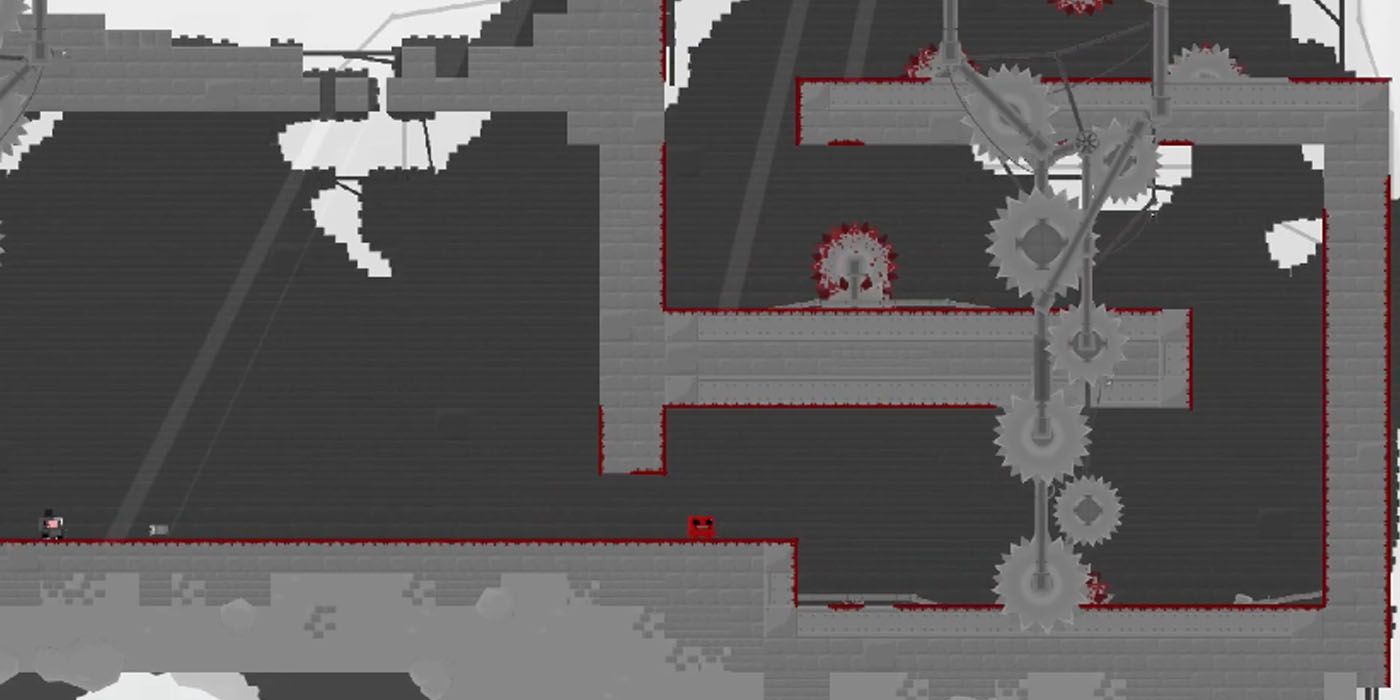 The key to mastering any level in Super Meat Boy is practice. One of the main reasons Meat Boy leaves a blood trail when he runs is so players can identify any paths they’ve already taken and where they previously died – helping them form a new course of action. Dr. Fetus’ stage is littered with spinning saws and a boss who regularly pelts missiles at you, requiring some level of familiarity to get through.

Don’t get discouraged if you die a few times, since it’s bound to happen on a first playthrough. Dr. Fetus can be relentless and there’s a lot to pay attention to at once. Take each chunk of the stage one at a time and throw in some practice runs if you’re really struggling. As the last major challenge in the story, Dr. Fetus is no pushover. 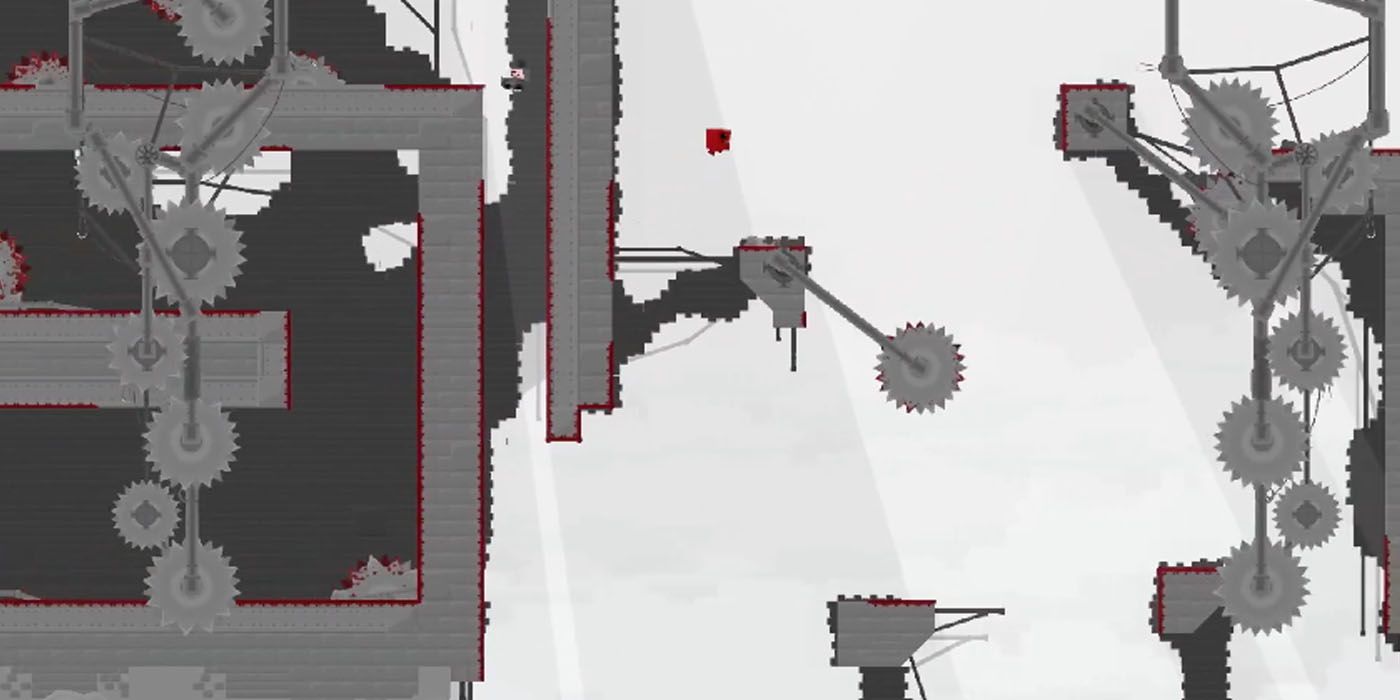 One of the main conceits of Super Meat Boy’s final boss is the fact that Dr. Fetus is actively chasing you. This is reminiscent of the Lil’ Slugger fight from the start of the game, but designed so that you can’t just race to the finish line with some half-decent platforming. There are constant bottomless pits here and you’re being attacked from both sides.

You’ll need to make use of careful wall jumping throughout, but it’s important to keep moving. Standing still for too long will give Dr. Fetus the perfect opportunity to rush up and shoot you with a missile. Similarly, momentum plays a key role in actually avoiding the many saws, which makes slowing down a potential death sentence. 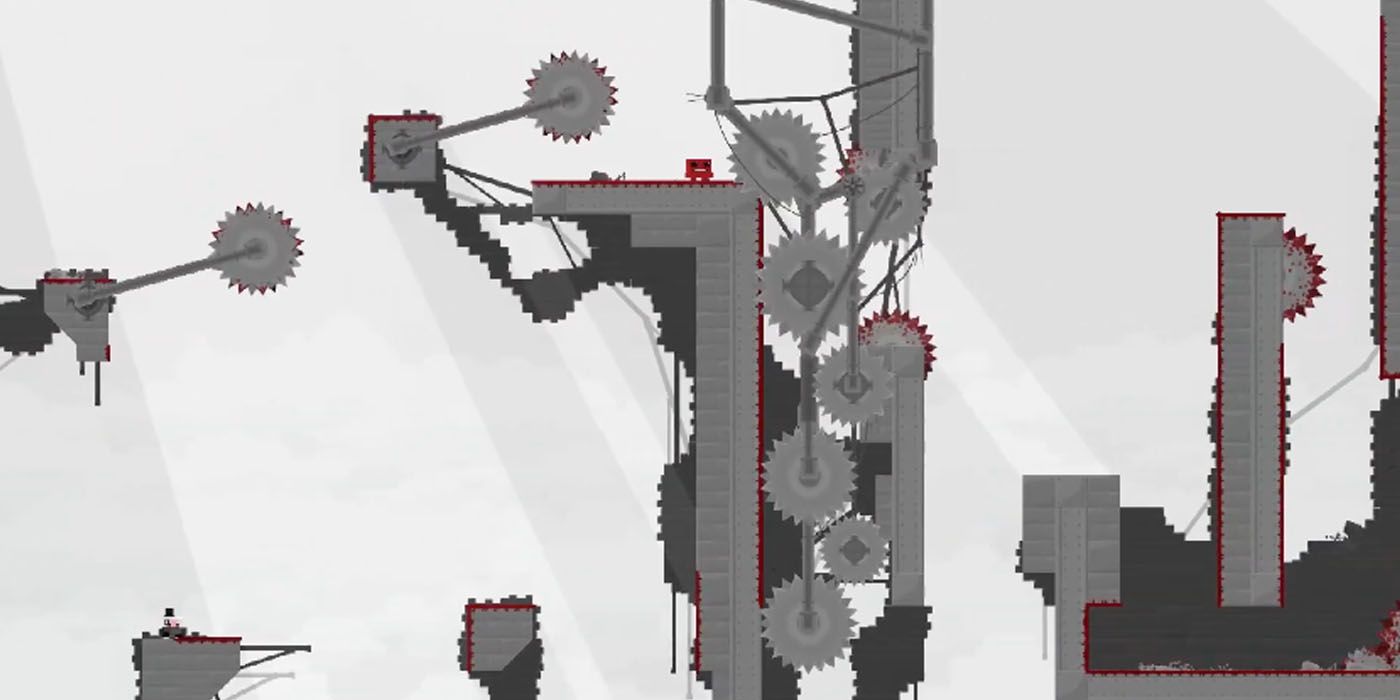 While progressing through the final stage, Dr. Fetus will chase after Meat Boy and periodically stop to fire homing missiles at the player. These missiles will curve directly towards Meat Boy (just like the missiles seen in prior missions), but the fact Dr. Fetus is always in pursuit means you need to be extra careful (especially during the denser saw sections).

Even though you have to keep pressing on, take a second to bait a missile when Dr. Fetus is ready to fire. This can be done as easily as sliding down a wall and then doding the rocket, or simply finding cover up ahead. Keep in mind that the closer you get to the end of the stage, the less obstacles there will be to block missiles. Get ready to do some quick dodging. 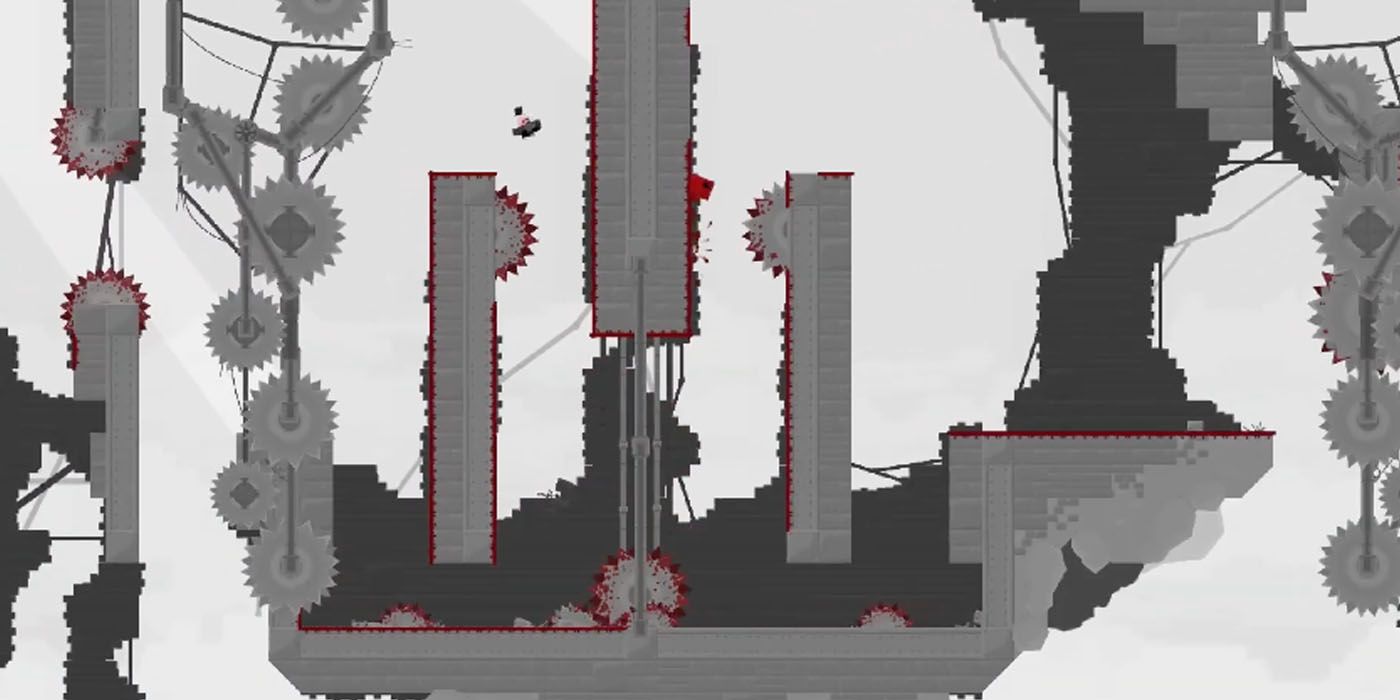 As you progress through the stage, Meat Boy will be surrounded by two rotating saw columns from both sides – one will push on ahead of you, ensuring you can’t get too far away from Dr. Fetus, while the other trails behind, forcing you to keep moving no matter what. There are also several set pieces with saws that need to be platformed over.

The first stretch of the stage isn’t too bad: simply jump over the saws on all three levels while running fast enough to avoid Dr. Fetus. Instead of jumping towards the floating platform, build momentum while sliding down the wall to leap towards the outer wall that the rotating saw keeps clipping. If done with the right timing, you’ll be able to avoid all the saws in this next section.

The next stretch includes vertical and horizontal rotating saws, but the ones on ground level make a quick opening where Meat Boy can drop down and rush through (don’t miss this chance). From here, it’s just a matter of keeping up momentum to the very end of the stage. Don’t slow down, otherwise you’ll fail the last few jumps. Press the switch in the Mario-esque boss room and Dr. Fetus will go plummeting. 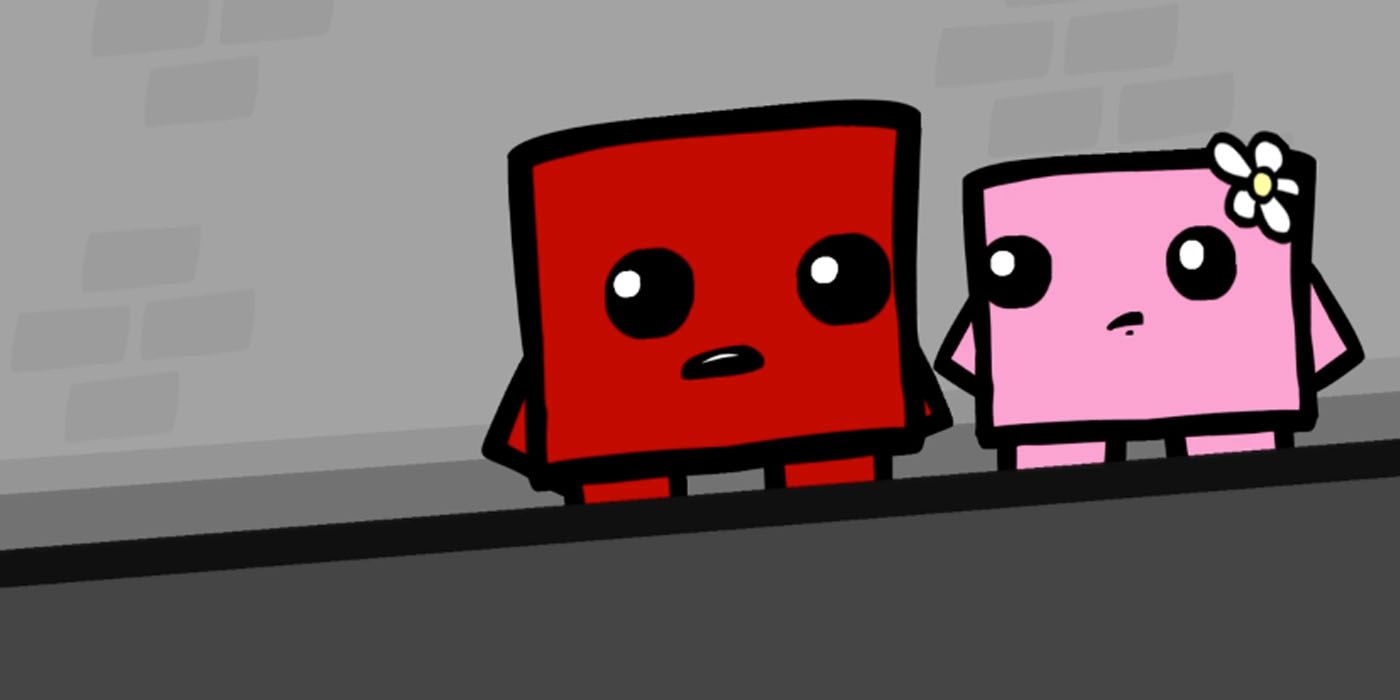 Meat Boy finally rescues Bandage Girl after defeating Dr. Fetus, but the final stage doesn’t end here. You need to actually backtrack through the stage you just finished with Bandage Girl on your back. While this sounds difficult, it’s actually much easier than fighting Dr. Fetus.

There’s no time limit or saws following Meat Boy this time. As was the case before, make sure to keep your momentum while platforming. Some of the last few jumps will be tricky (especially since you still need to avoid all the saws), but anyone who beat Dr. Fetus should be able to whisk Bandage Girl to safety in no time.

Next: The Binding Of Isaac: 10 Of The Most Powerful Items Added In Repentance 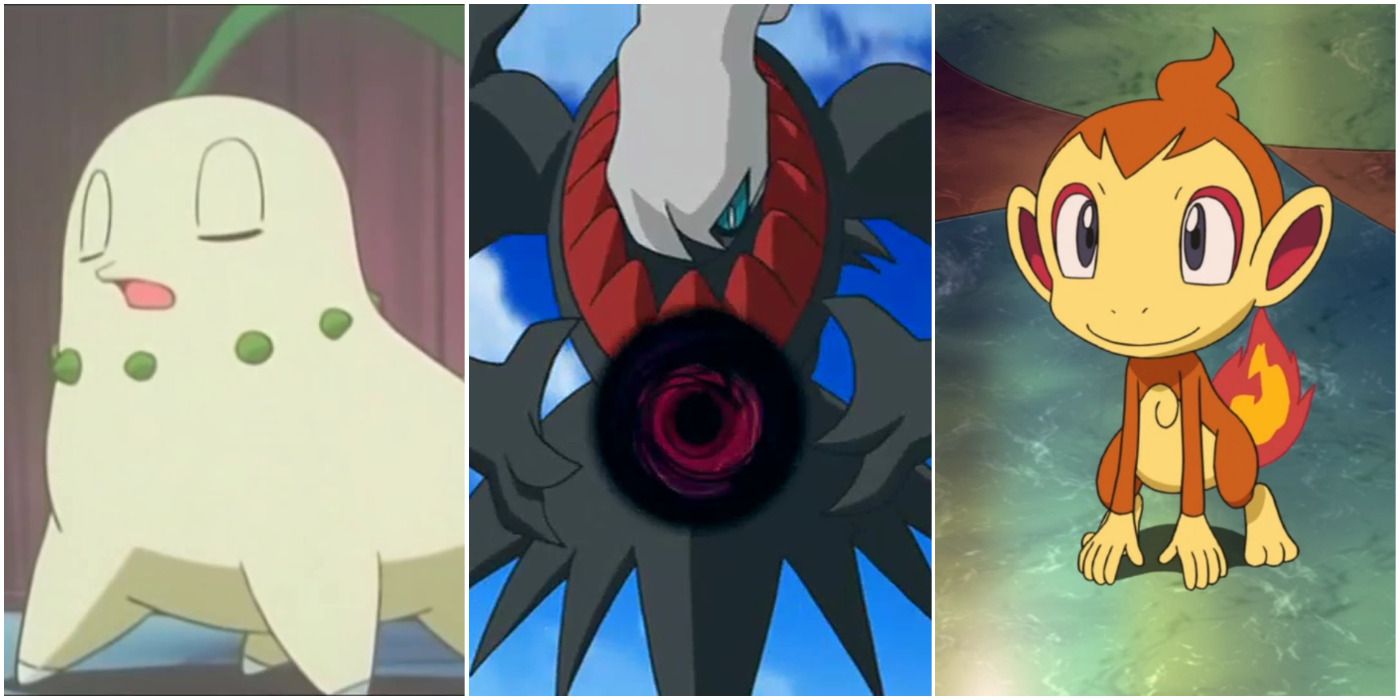