Before Super Mario Maker’s release on Wii U in 2015, making Mario levels was a privilege that belonged exclusively to Nintendo designers. Today, perhaps the initial charm of placing your own question mark blocks has worn away, but Super Mario Maker 2 does plenty to expand and improve the experience.

Super Mario Maker 2 looks, plays, and functions similar to its predecessor, which is still one of the most fun creation games ever released. Complicated elements like enemy A.I. and setting start and end points for levels are all taken care of for you, which frees you up to focus on the fun part: laying out the building blocks of the level. The menus are generally the same as the first game, and the core building blocks return. The tools, like seeing Mario’s trail in create mode to identify proper jump distances, are all back, which is a great. The big updates for the sequel are mostly additions as opposed to sweeping changes.

The 3D World template is the only new visual style at your disposal, and it doesn’t mesh seamlessly with the other templates (Super Mario Bros., 3, World, and NSMBU). You can swap between the old templates in a snap without changing the design of your levels, but changing to or from 3D World resets everything. Not being able to swap templates as easily is disappointing, but the new tools exclusive to 3D World are worth the technical limitation. The Koopa Troopa Car is entirely new to Mario in general, and locks the player into a very fast auto-run. It is used to create high-speed (and incredibly entertaining) platforming challenges.

Other big additions include the long-requested ability to incorporate slopes, which are a lot of fun. You also have tools to create more vertical levels and unique clear conditions, which leads to some of my favorite levels. This means you can craft and play scenarios where players can’t touch the ground, or they must collect 100 coins, adding a fun layer of challenge and puzzle-solving I enjoyed.

The process of making levels feels familiar, and while I do miss the Wii U’s stylus, both the touchscreen in handheld mode and using the on-screen cursor in docked mode work well. You are unfortunately forced to use the touchscreen when playing handheld mode, which is a confusing and annoying limitation. Radial menus have been integrated for selecting the various tools, and it makes the process move a little faster, which I appreciate. Creating in co-op is a little unwieldy and has its own learning curve for figuring out which player can do what, but working locally with a friend to make levels together is great.

Finding levels to play from other creators is easy, and seeing the Mii of the creator and the clothing they’ve decided to wear adds a lot of personality. You can also use stamps, write, and draw reviews for others’ levels with commenting tools originally seen in the Miiverse. As a fan of the Miiverse who was sad to see it go, I am happy to see it living on in Super Mario Maker 2.

Playing local co-op requires you download the level, which is a bothersome but admittedly small hurdle, and I ran into the same issues as your typical co-op Mario game. Sometimes having others around is a hindrance, but the chaos can also be part of the fun. I ran into lots of levels that weren’t designed with co-op in mind, making them awkward to play, but I like having the option even if it isn’t ideal. Only being able to play online with random players at launch is a bummer, but I had so much fun on my own and with the rest of the game that the limited co-op options didn’t hinder my overall experience.

The Nintendo-created levels, found in the story mode, are much more substantial this time around. Unlocking new clothes for your Mii and seeing Peach’s castle grow as you complete levels is a nice incentive, and the levels are all fun. The creation tools, like Undodog, are also integrated into the story in goofy ways. The more than 100 levels function as solid Mario levels, good examples of how to use the new tools, and occasionally let you play with mechanics that have never been used in Mario games before, which was a fun surprise.

Super Mario Maker 2 is not a radical reinvention of the original Mario Maker, but it earns the “2” in its title with a story mode full of great Mario levels, worthwhile additions to the creation toolset, and new options for playing and creating cooperatively. The future is bright for Super Mario Maker 2, and I can’t wait to see what the community makes with it. But even at this starting line, I had plenty of Mario to play and enjoy. 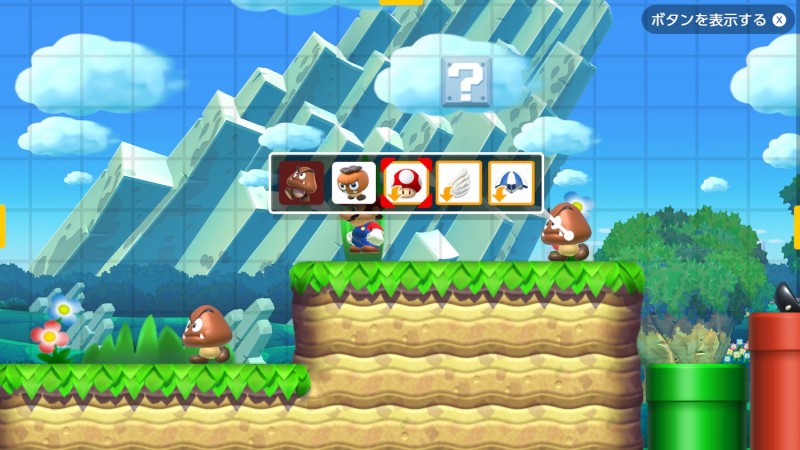 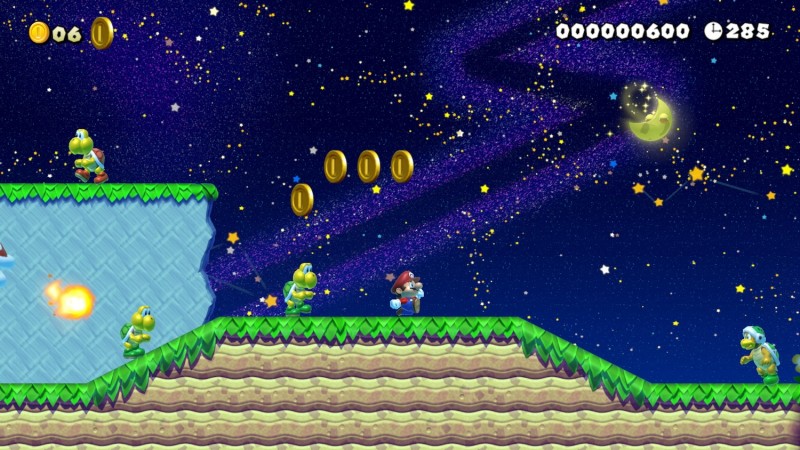 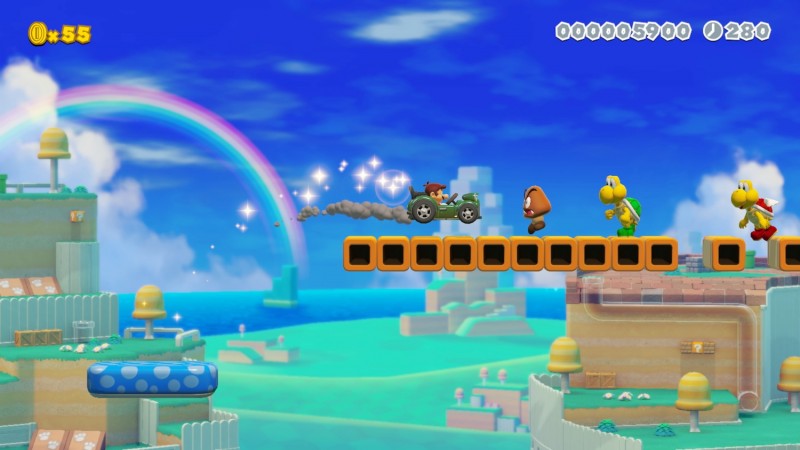 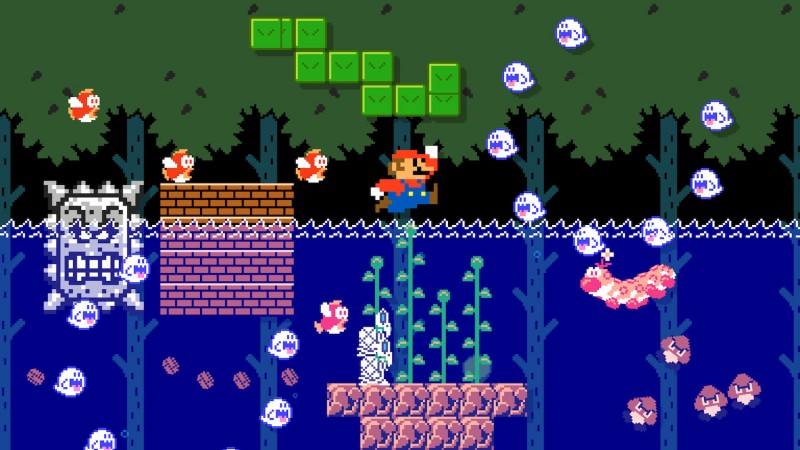 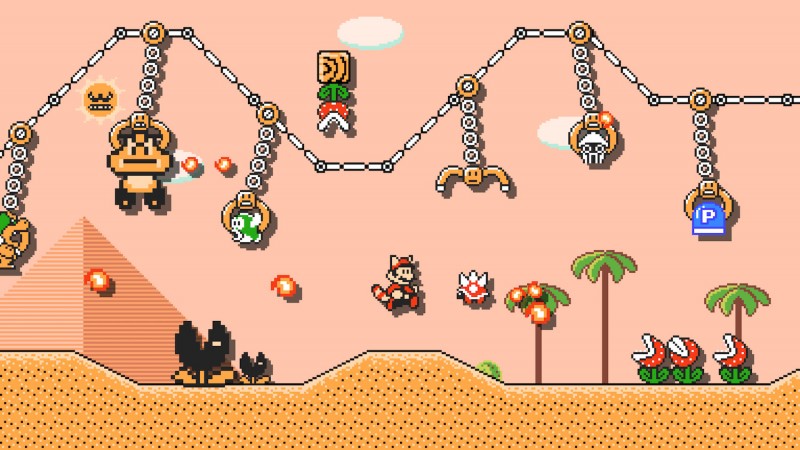 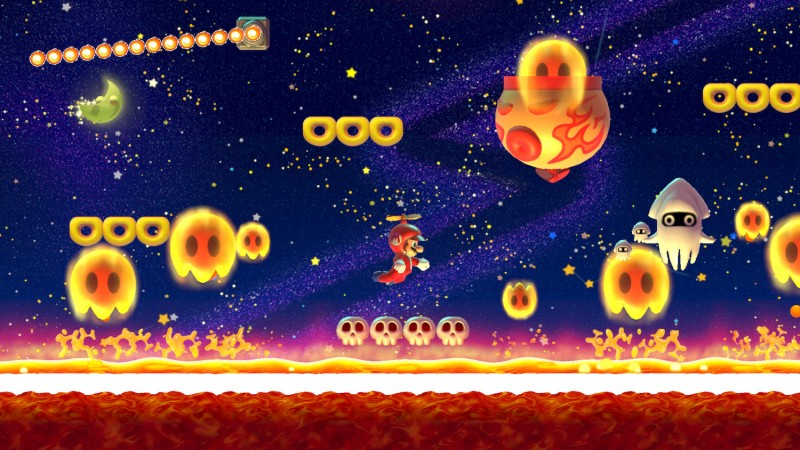 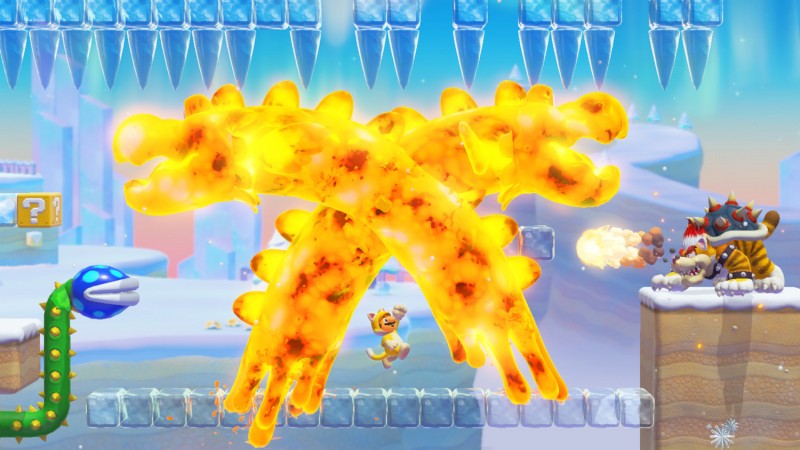 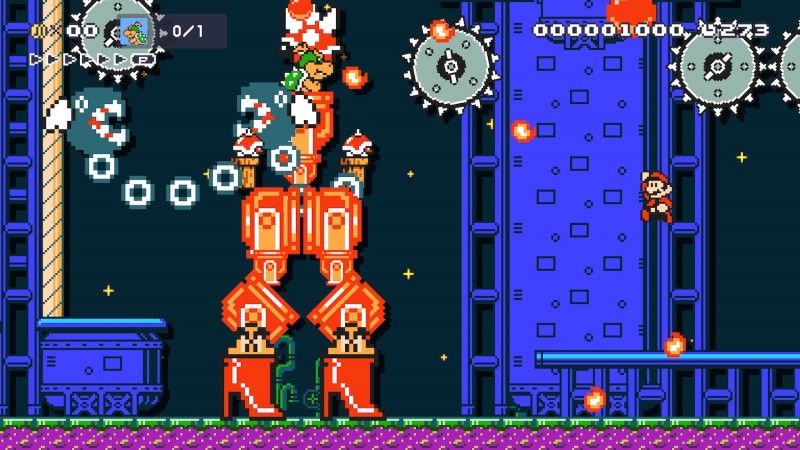 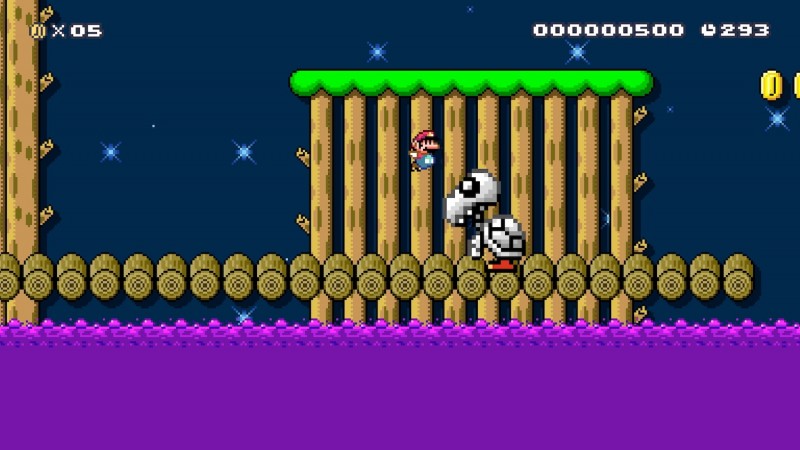 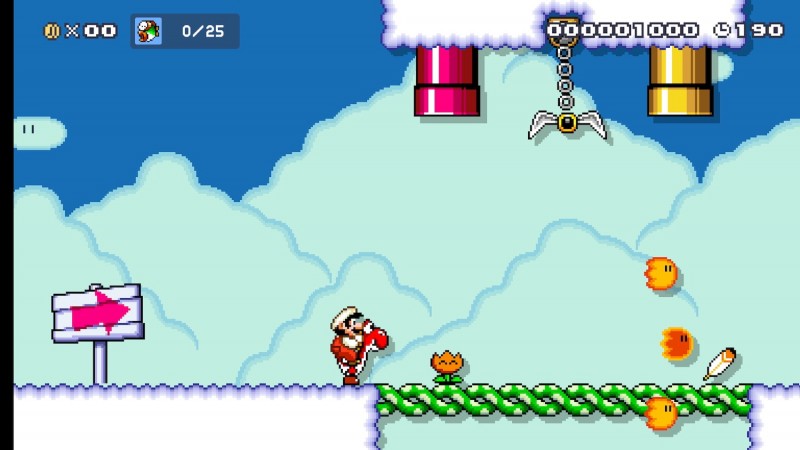 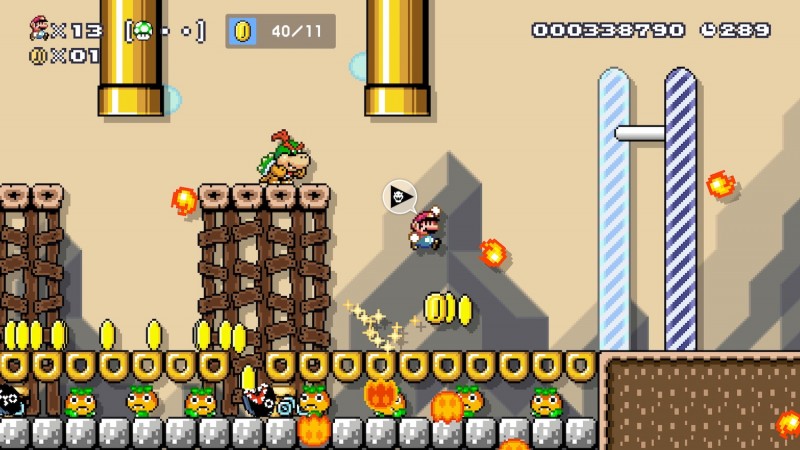 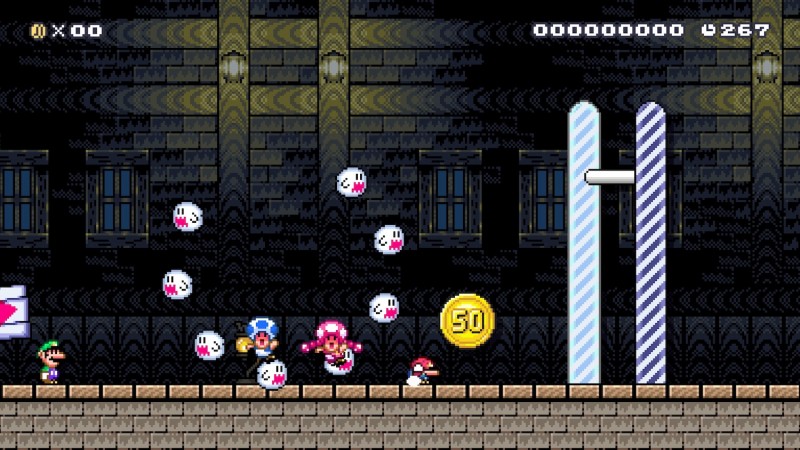 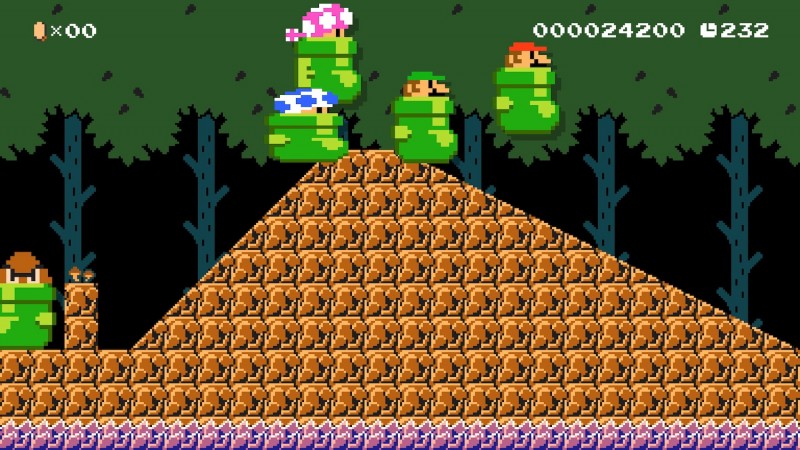 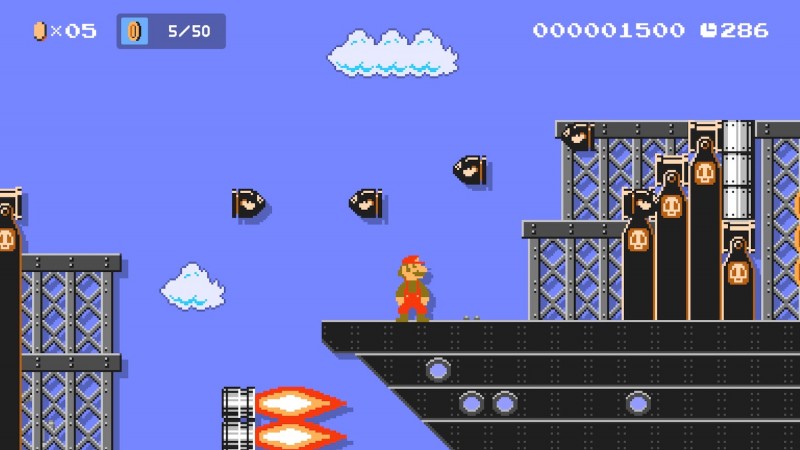 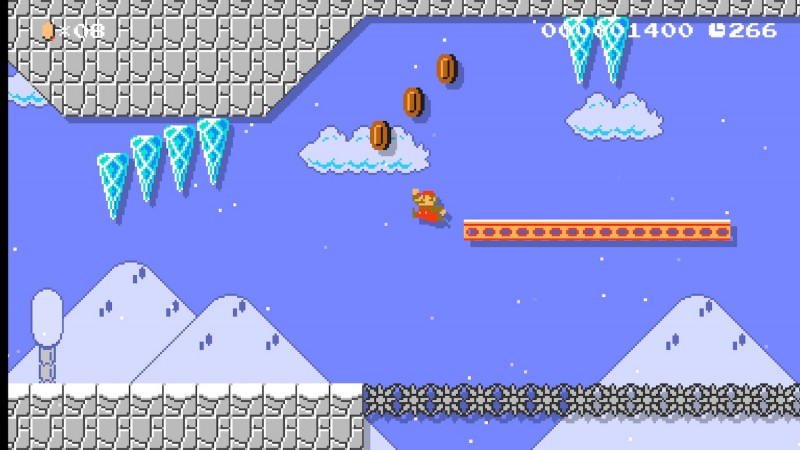 Mario Maker 2 is not a radical reinvention of the original, but it earns the “2” in its title with a great story mode, worthwhile additions to the creation toolset, and co-op.