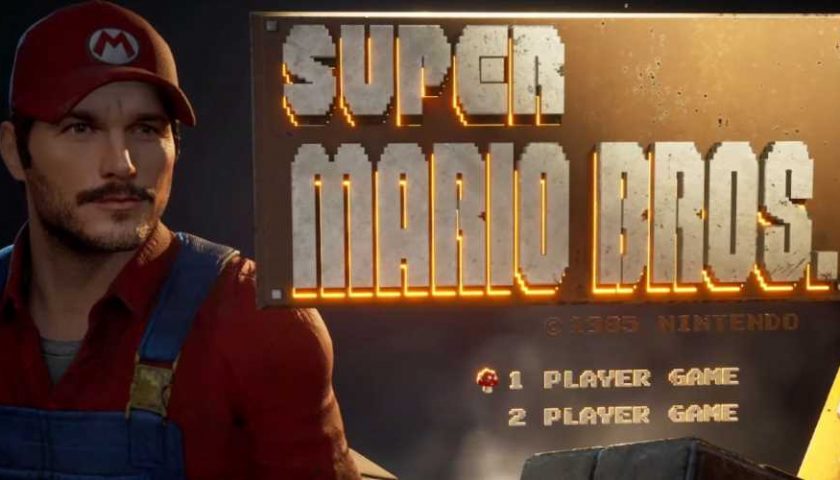 We still don't know when Chris Pratt will unveil his Mario voice in his upcoming movie, although we do know it'll be "unlike anything you've ever heard." All this waiting is getting some fans a little antsy, and one has decided to pour their anxiety into something productive.

Re-Imagined Games (via Nintendo Life) is recreated Super Mario Bros. in Unreal Engine. This wouldn't be particularly noteworthy, only they're doing it using Chris Pratt as the model for Mario. There are also realistic-ish models for the Koopas, Goombas, and Piranha Plants.

And unlike the first game, this Mario is fully 3D. You can't really tell until you get to level 1-3 as the levels remain largely linear and faithful to the original game, but 1-3 is where Pratt-Mario has to leap onto several platforms guarded by red Koopas.

"I am a lifelong Nintendo fan, and I'm very excited for the Super Mario animated movie from Illumination and Nintendo," writes Re-Imagined Games in the trailer. "So, I decided to make some sort of fan project while we're all waiting for a trailer. But, then I started to wonder what it would look like if Chris Pratt, Charlie Day, Anya Taylor-Joy, Jack Black, and Keegan-Michael Key, were actually these characters in a realistic mushroom Kingdom. That seemed like an incredibly fun idea, and that's why I'm attempting to make this game."

Re-Imagined Games admitted they have absolutely "zero game development experience," but was able to learn the basics using online tutorials. They hope to eventually wind up with "a legitimately great action game" when all's said and done.

You can get a feel for the first four levels in the gameplay trailer below. Note that Bowser will eventually be played by Jack Black, but right now he’s just a large rectangle as a placeholder.

In another crossover that most of us didn't see coming, Mario + Rabbids: Sparks of Hope recently released a new trailer that has fans thinking Rosalina might turn out to be the game's big bad.