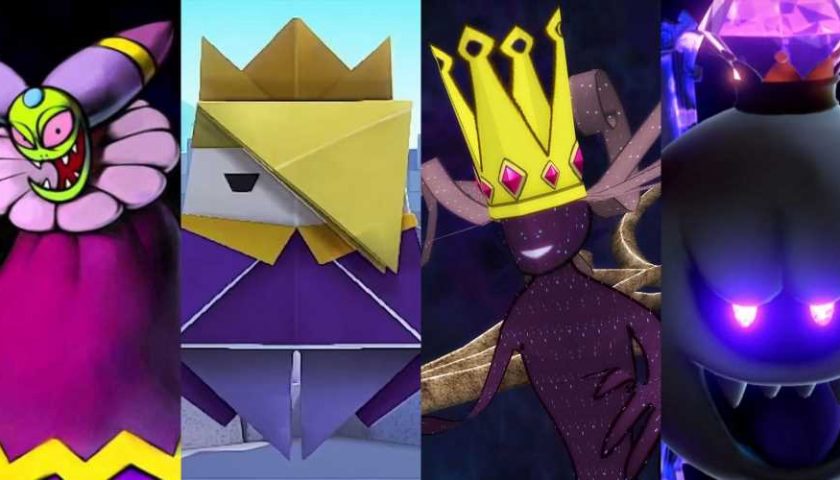 Super Mario is arguably one of the friendliest and most colorful game series out there. Despite all the stakes that the Mario brothers have been faced with, the games still manage to be light-hearted and enjoyable. This is in part due to the stylized appearance of the recurring enemies, and Bowser himself — who is not nearly as scary as he tries to be.

Even so, there are times when the games introduce villains that are far more evil and destructive than expected. These guys really step up the dark and dangerous factor on top of being challenging confrontations. 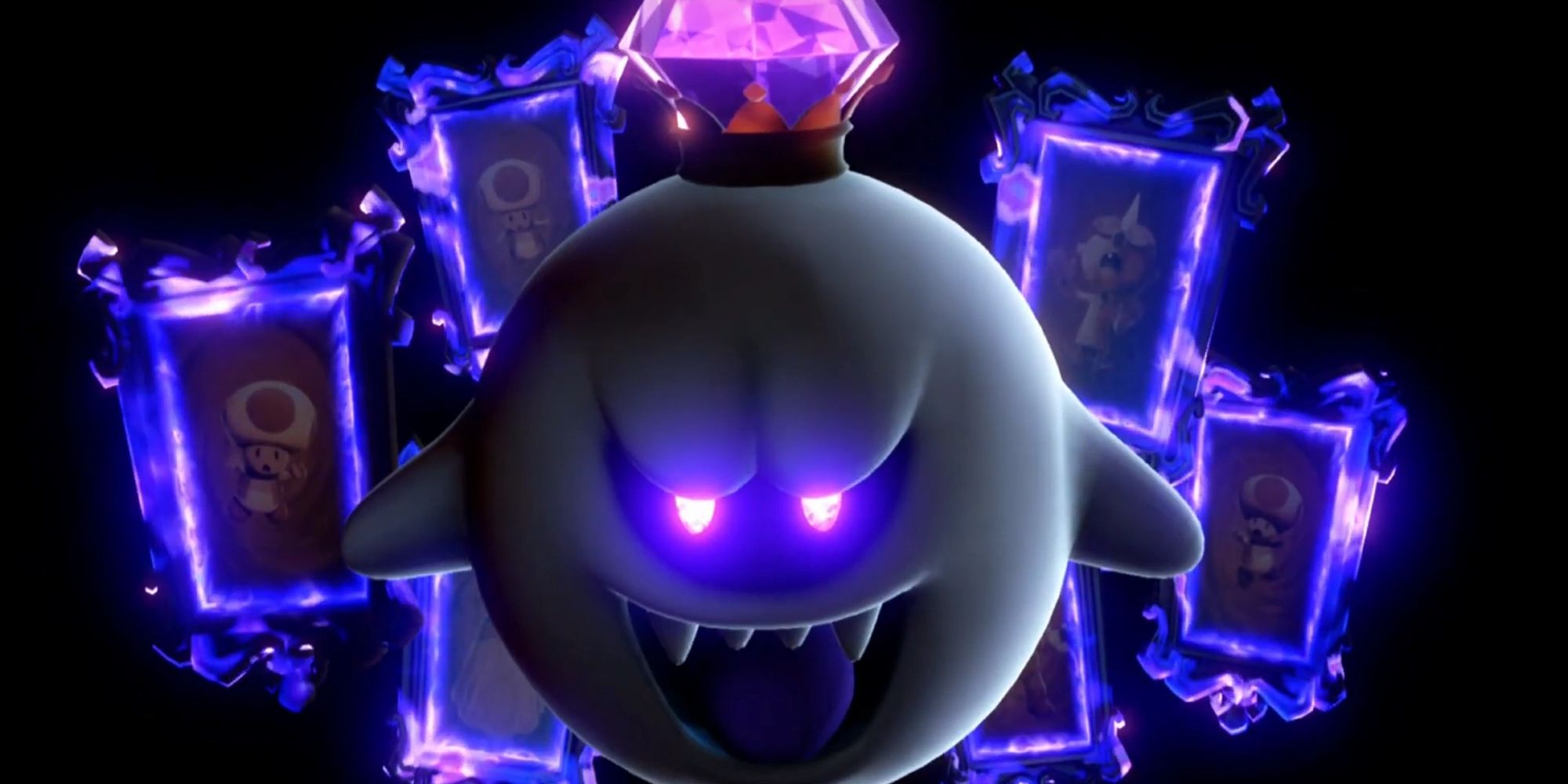 Boos could be nominated for the Cutest Ghost award, but the Luigi's Mansion series shows them in a whole new light. Once they appear, they're not only mischievous and destructive, but they're also more fearless than they've been before. This is thanks in part to their leader, the notorious King Boo.

Although he's just a big Boo with a crown, it doesn't take away from his villainy. His only goal is to cause chaos and have his Boos take over the world. He would've eliminated Luigi if it weren't for his fear of the Poultergust 3000. He's also responsible for imprisoning Mario in a living painting, a terrifying fate and something that Bowser has never come close to doing. 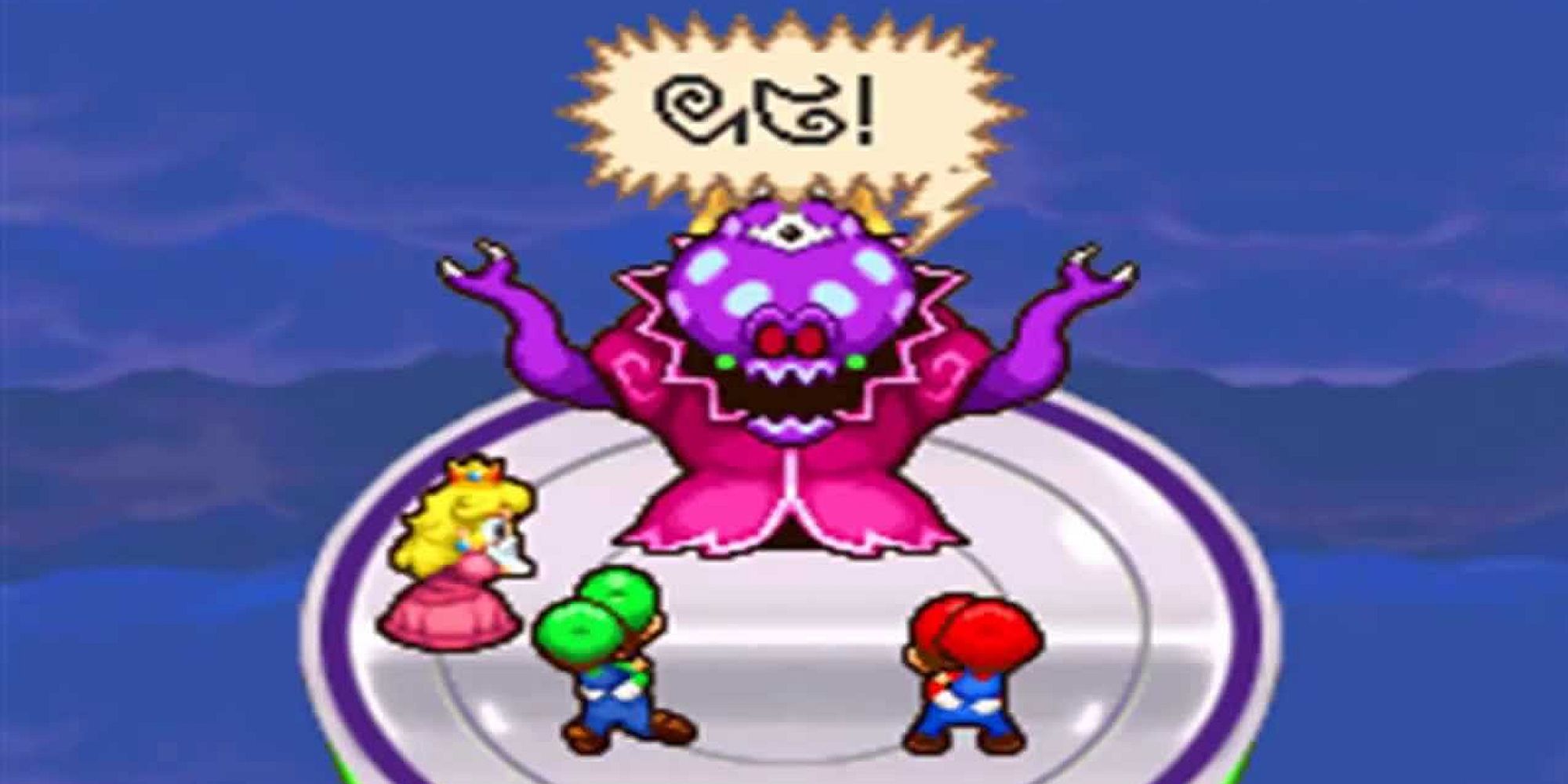 The Mushroom Kingdom is full of weird stuff, but has never had to deal with extraterrestrials. That is until the aggressive Shroob race shows up and starts wreaking havoc. Led by Princess Shroob, she seems determined to take over the kingdom through sheer force, eliminating anyone in her way.

Despite this, she pales in comparison to her older sister, who deceives the brothers into releasing her so she can take part in the destruction herself. It's not even about defeating the kingdom, but consuming them and converting them by transforming them into mindless Shroobs — which she can do with little effort. 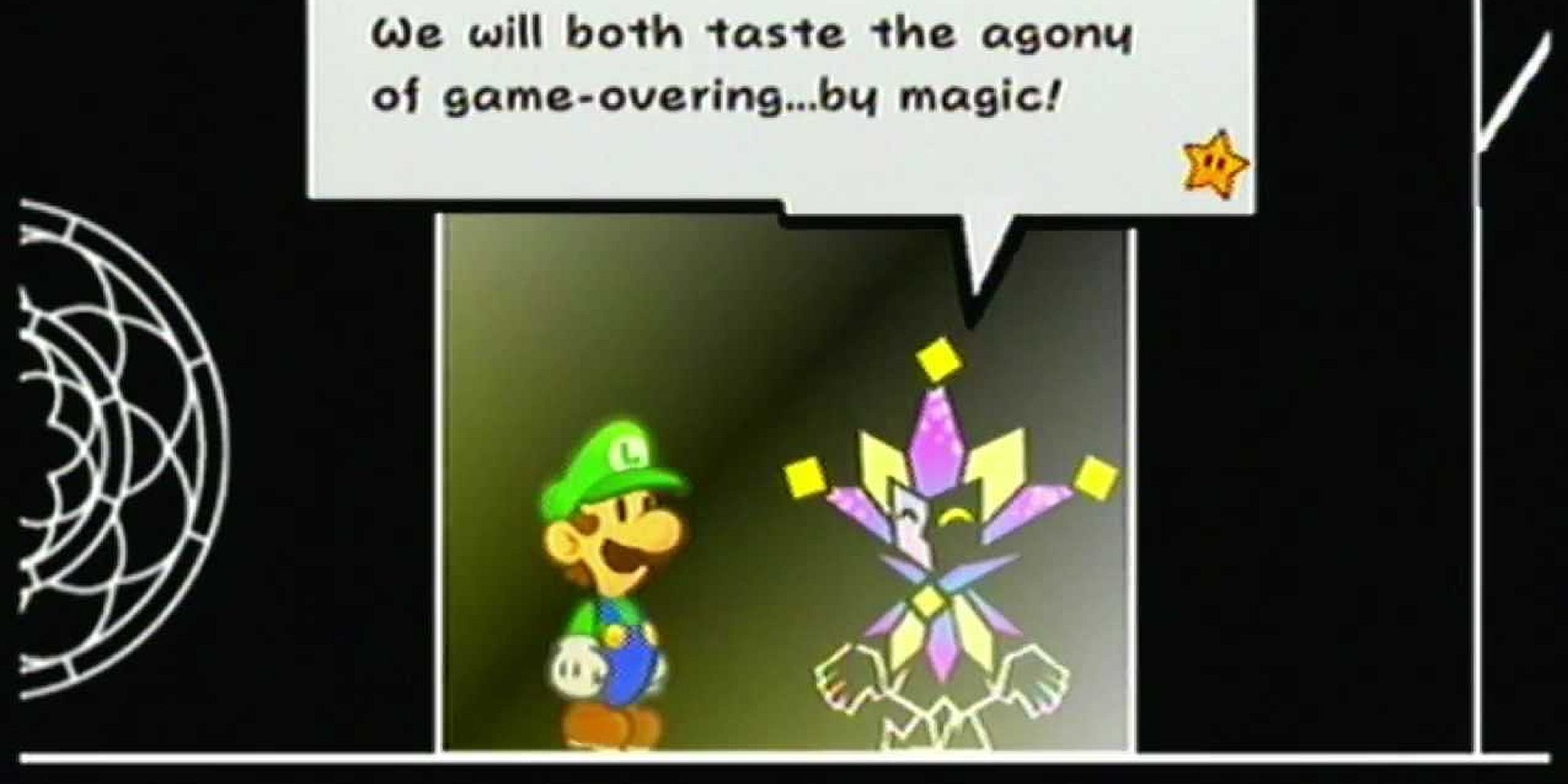 Following the successful RPG mechanics of the first Paper Mario games, the Wii entry tried to combine that with platforming. It ended up being a rich, fun, and challenging game with a rogue's gallery of villains to fight against. Among them is Dimentio, the magic user of the group who tries to pass himself off as a whimsical jester.

The truth is that he's the most twisted and evil of all. He captures Luigi and brainwashes him to his will, he's willing to blow himself up with his enemies to guarantee victory, and he transforms Luigi into a giant monstrosity that he possesses solely for the purpose of crushing everyone else. 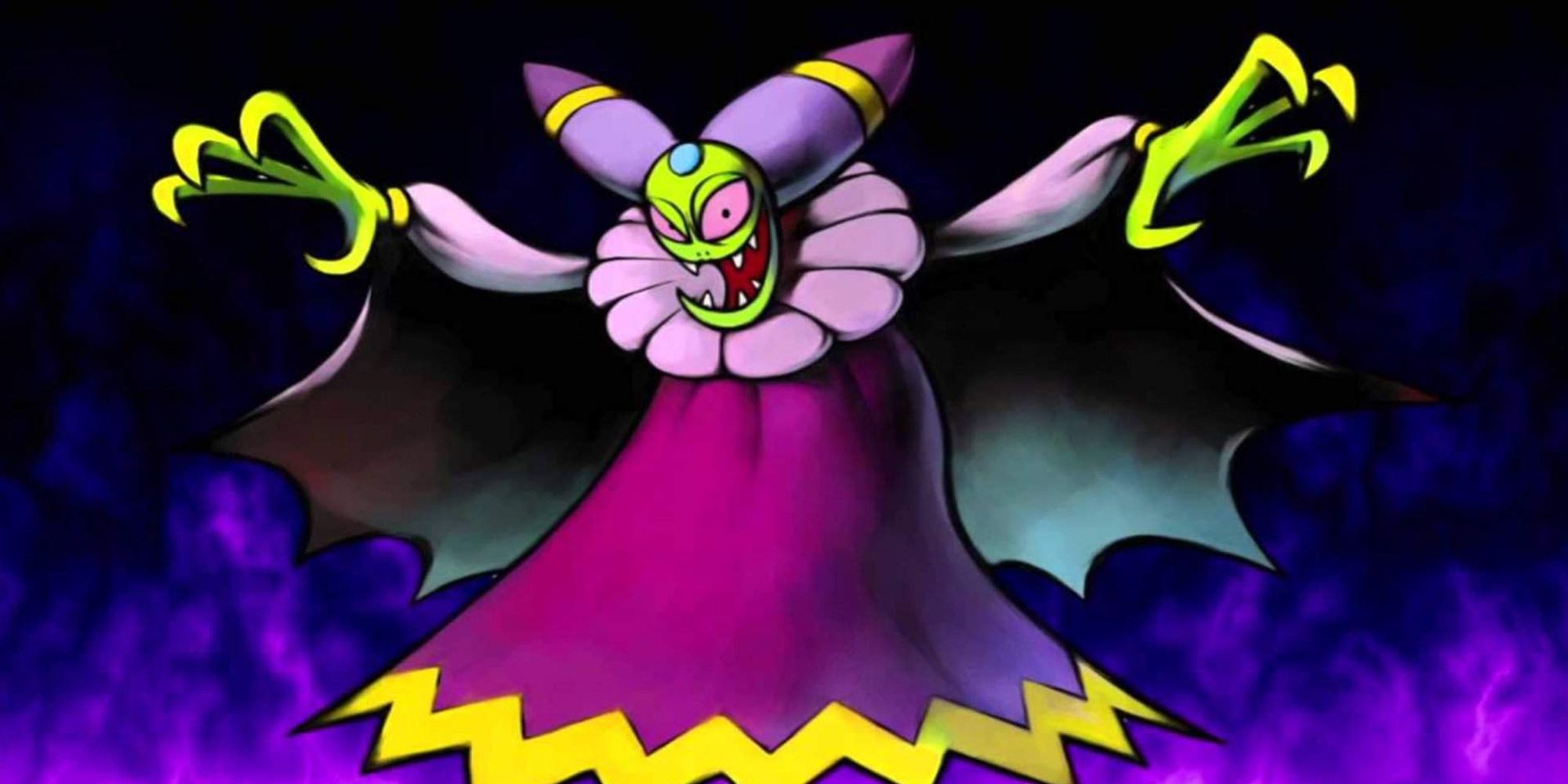 Mario and RPGs ended up being one of the most surprising combinations that ended up working beautifully. Superstar Saga has the brothers working together and exploring the brand-new Beanbean Kingdom. They travel there with the purpose of confronting Cackletta, an evil witch who stole Princess Peach's voice to awaken the Beanstar and achieve ultimate power.

She proves to be such a threat, that Bowser willingly teams up with the brothers to stop her. On defeat, Cackletta takes on a spirit form and possesses Bowser to become the more terrifying Bowletta. Once she does, she takes Bowser's castle to the sky and starts laying waste to the Beanbean Kingdom. 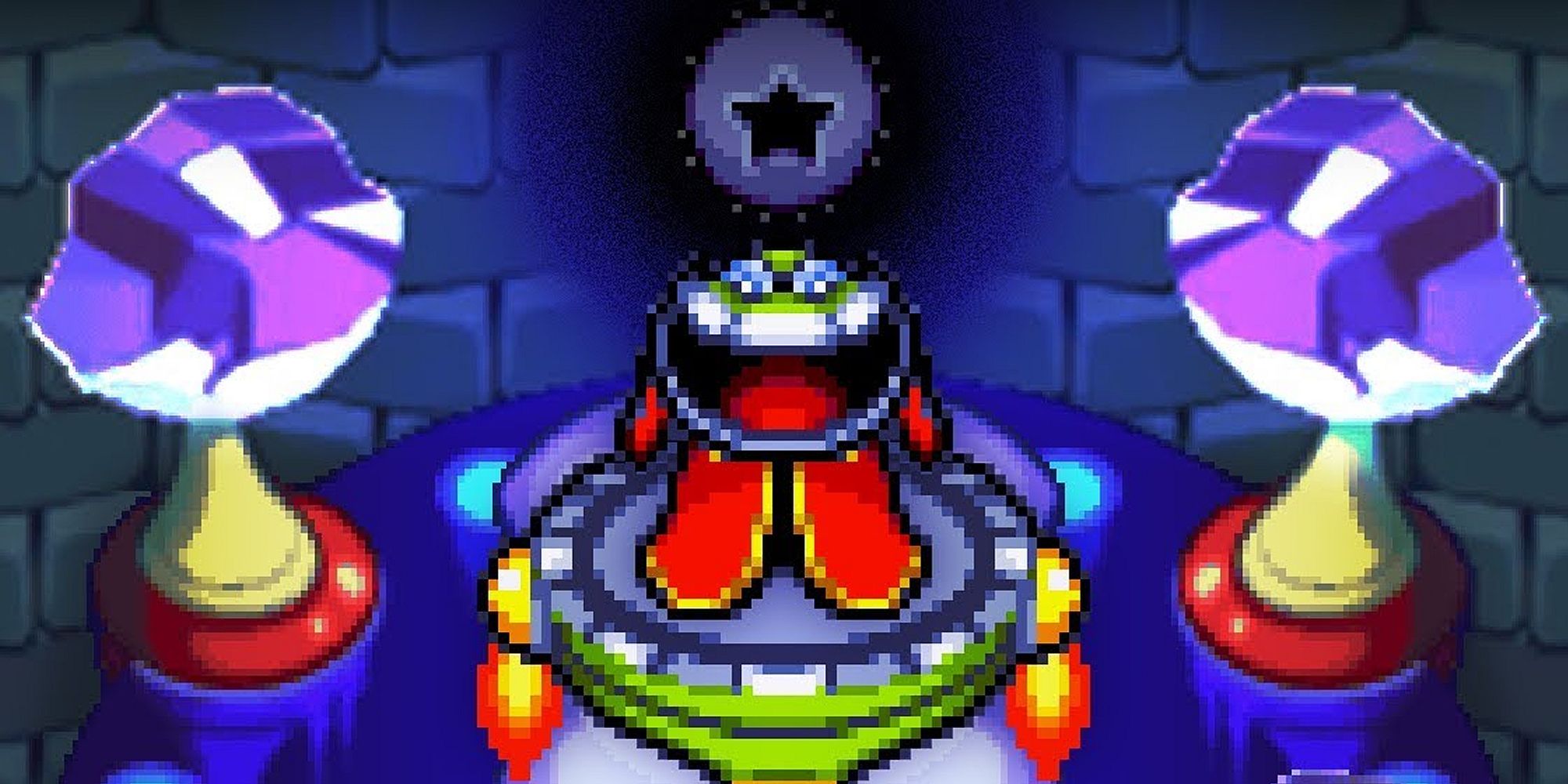 Most villains are rarely seen without a dedicated lackey of some sort, and Fawful is Cackletta's second-in-command. A short guy with a scientific mind, he proves to be more difficult to be with, coming up with a way to keep Cackletta alive as well as fighting the bros himself using his machines.

He returns as the main villain in Bowser's Inside Story, where he consumes the concentrated evil of the Dark Star and creates Dark Bowser as a result. He becomes a being of pure darkness himself, with the desire to coat the Mushroom Kingdom in endless darkness. The reason? HE HAS FURY!

4/9 The Shadow Queen (The Thousand-Year Door) 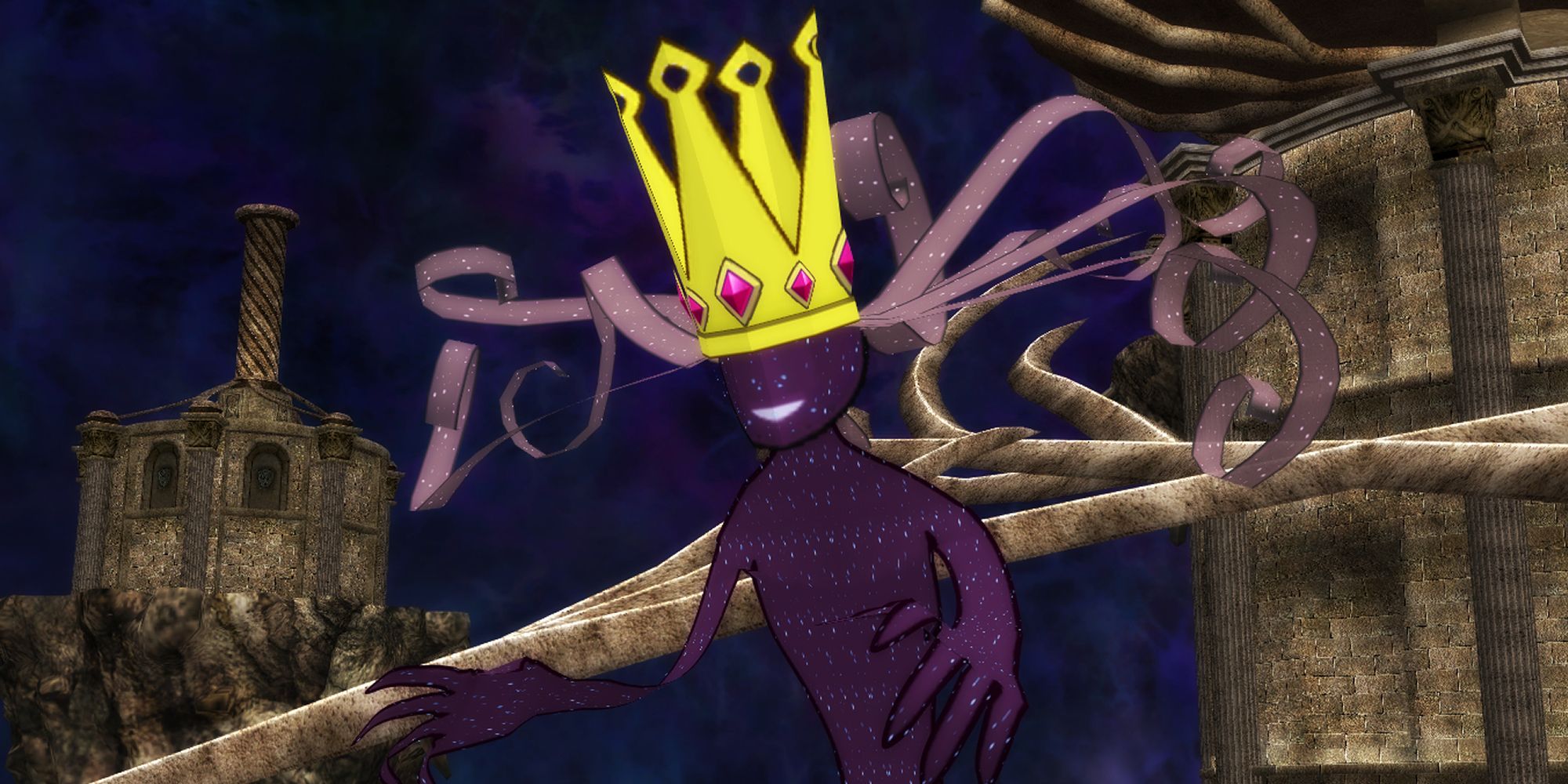 The second Paper Mario game is arguably the best one to date, having a strong challenge and entertainment value. The former is never more apparent than when Mario and his friends are forced to confront the Shadow Queen.

Sealed for over a thousand years behind a massive door sealed with the power of the Crystal Stars, she remains shrouded in mystery until the final act of the game. Despite her short screen time, she makes her mark as being of pure evil focused solely on destruction in response to her imprisonment. To make matters worse, she's the hardest fight in the game, and arguably one of the hardest fights in RPG history. 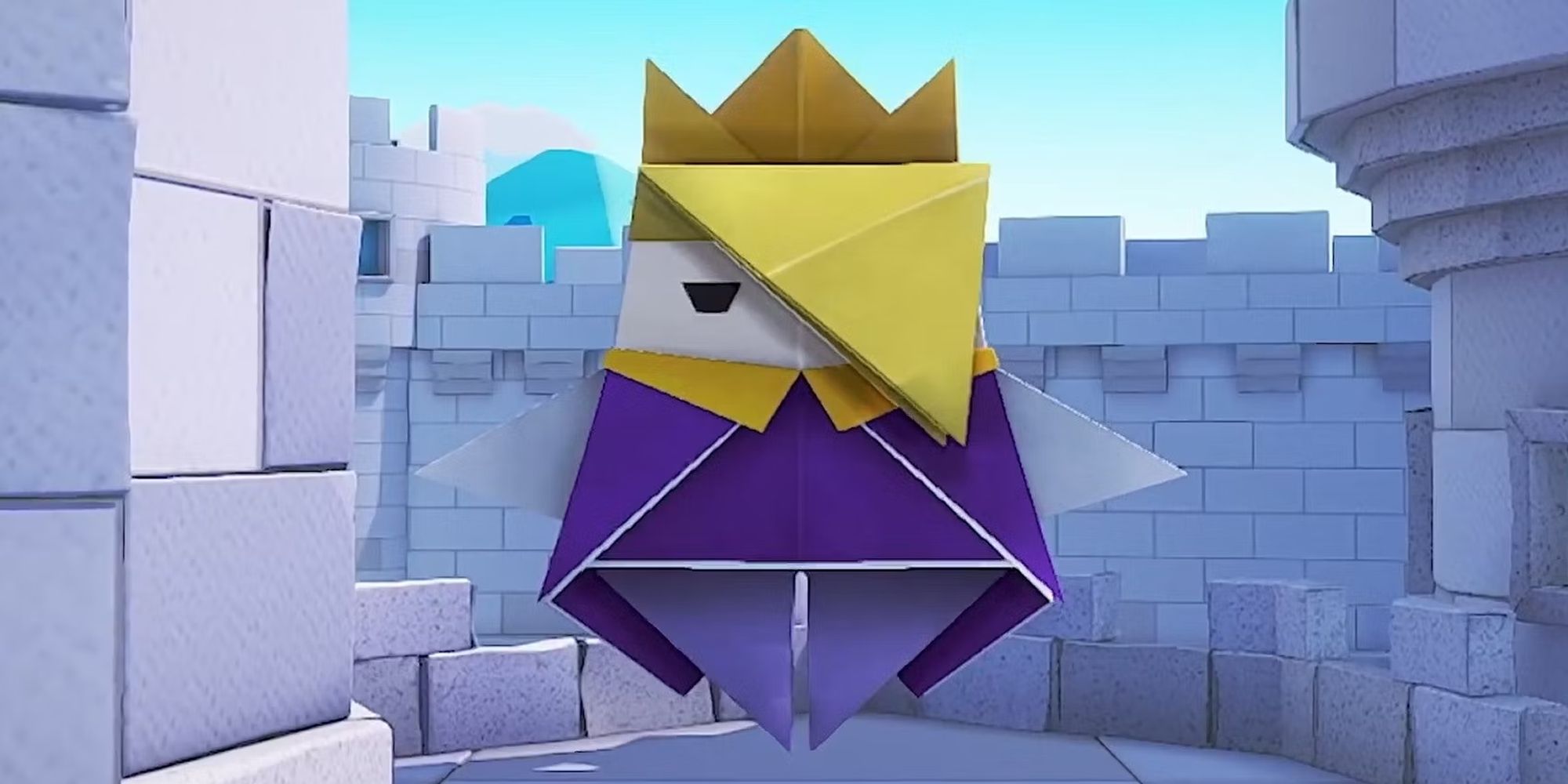 Some of the newer Paper Mario games haven't had the same impact as the earlier ones, but Origami King made a good impression. It has crisp graphics, new partners, a huge journey, and a great threat in the Origami King himself.

Referred to as King Olly, this villain is the definition of petty and bitter. Created by a Toad who bestowed sentience on him, Olly became a vengeful being due to a misunderstanding. From that point on, he made it his goal to bring all Toads under his control and crush anyone who would stand in his way. 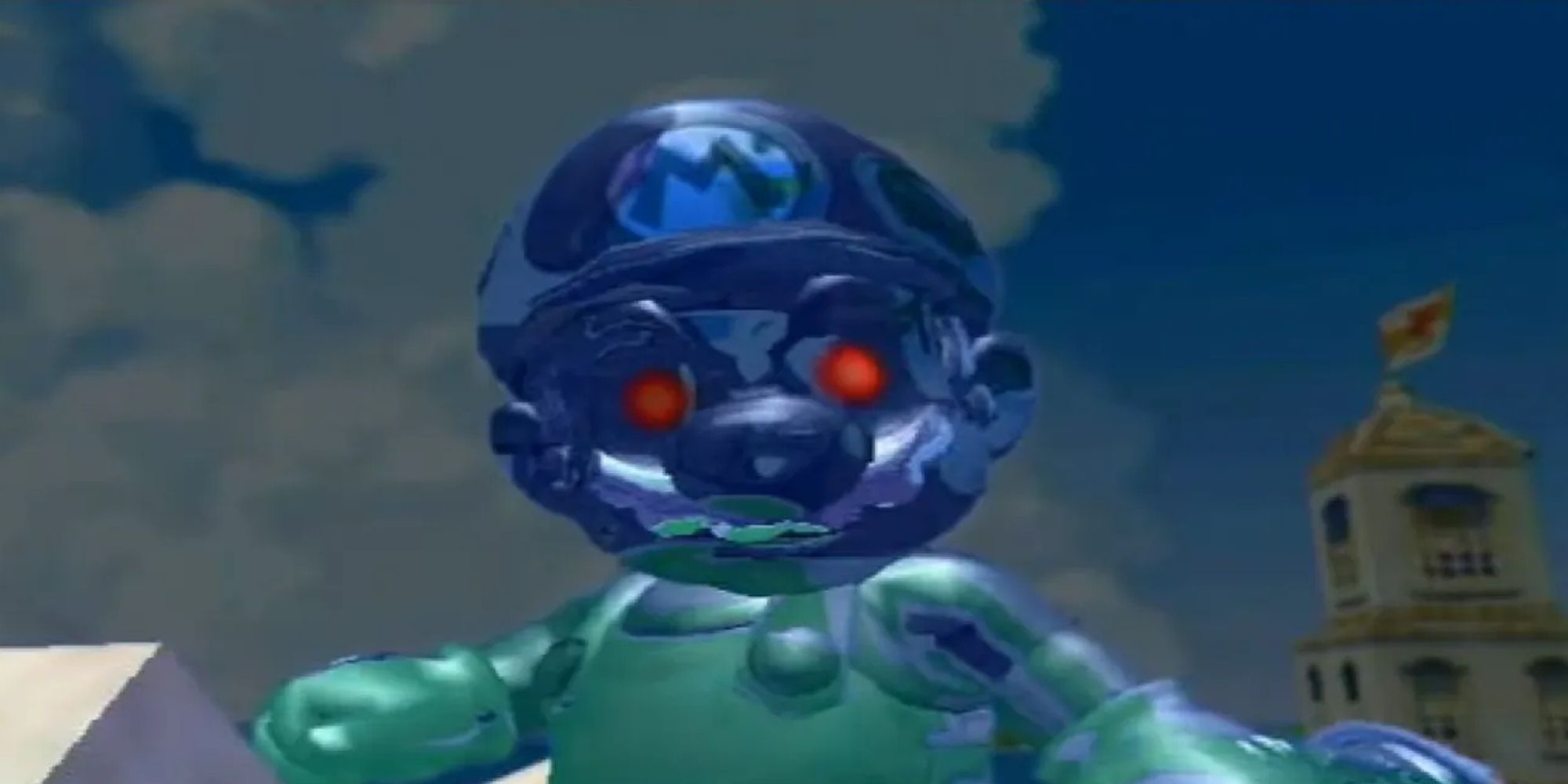 Mario games that try to do something different aren't always received well, but Sunshine is still remembered fondly. Exploring tropical islands with the FLUDD water-spraying device makes for a fun time, even though something more sinister lurks about. Although revealed to be Bowser Jr. in disguise, when Shadow Mario first appeared, he emanated an evil and malicious aura.

He's responsible for single-handedly polluting the islands with his toxic paint, tricking E. Gadd to get his technology, kidnapping Princess Peach, and framing Mario for his crimes. On top of that, he steals FLUDD whenever Mario enters a challenge room just to taunt him. 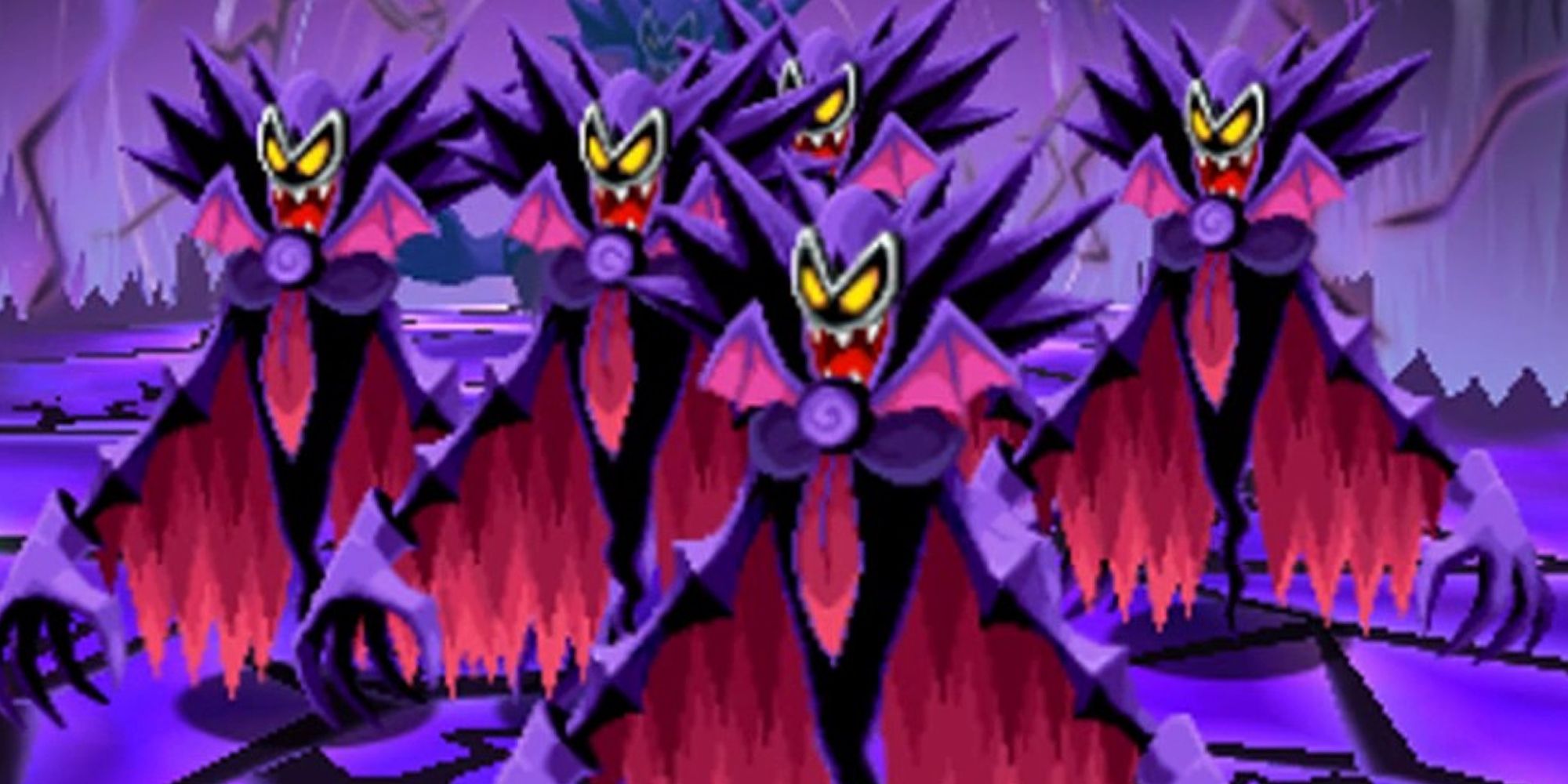 For the first 3DS entry, Dream Team is a strong title in the Mario RPG series. It has Mario and Luigi exploring a whole new kingdom as well as a dream world that uses completely different exploration and combat mechanics. This becomes necessary when Bowser awakens a nightmare entity known as Antasma to team up with him and take over.

Antasma is vengeful after being sealed away by Prince Dreambert and starts poisoning the dream realm with nightmares. While this is pretty evil along with his appearance, it's hard to take him seriously when he's a clear parody of Dracula using an exaggerated accent.