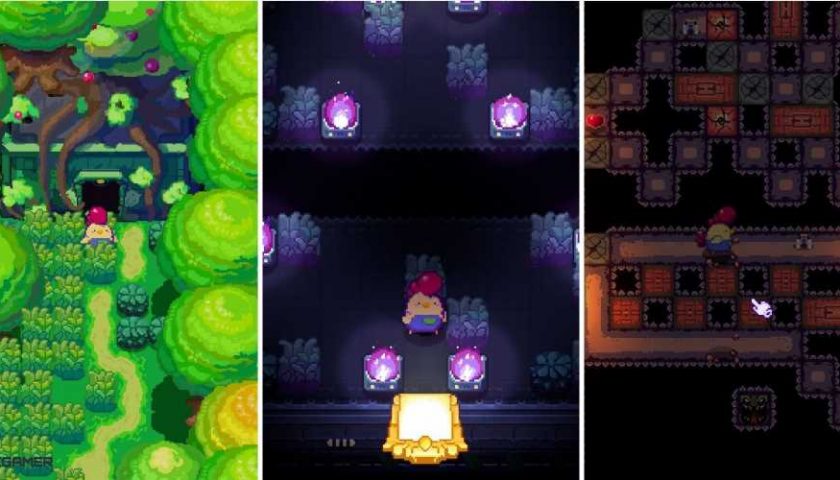 Super Dungeon Maker is a dungeon-builder game (go figure) in early access on Steam. It provides players with a set of power-ups, door types, terrain types, and enemies to use in the dungeons they build to confuse and entertain the adventurer.

If you've just picked up the game, you're in luck! This article will review some of the basic tips and tricks you should keep in mind as you start your dungeon-building career. With any lucky, you'll be sharing your creations online in no time.

7 You Can Dash Over 2 Spaces 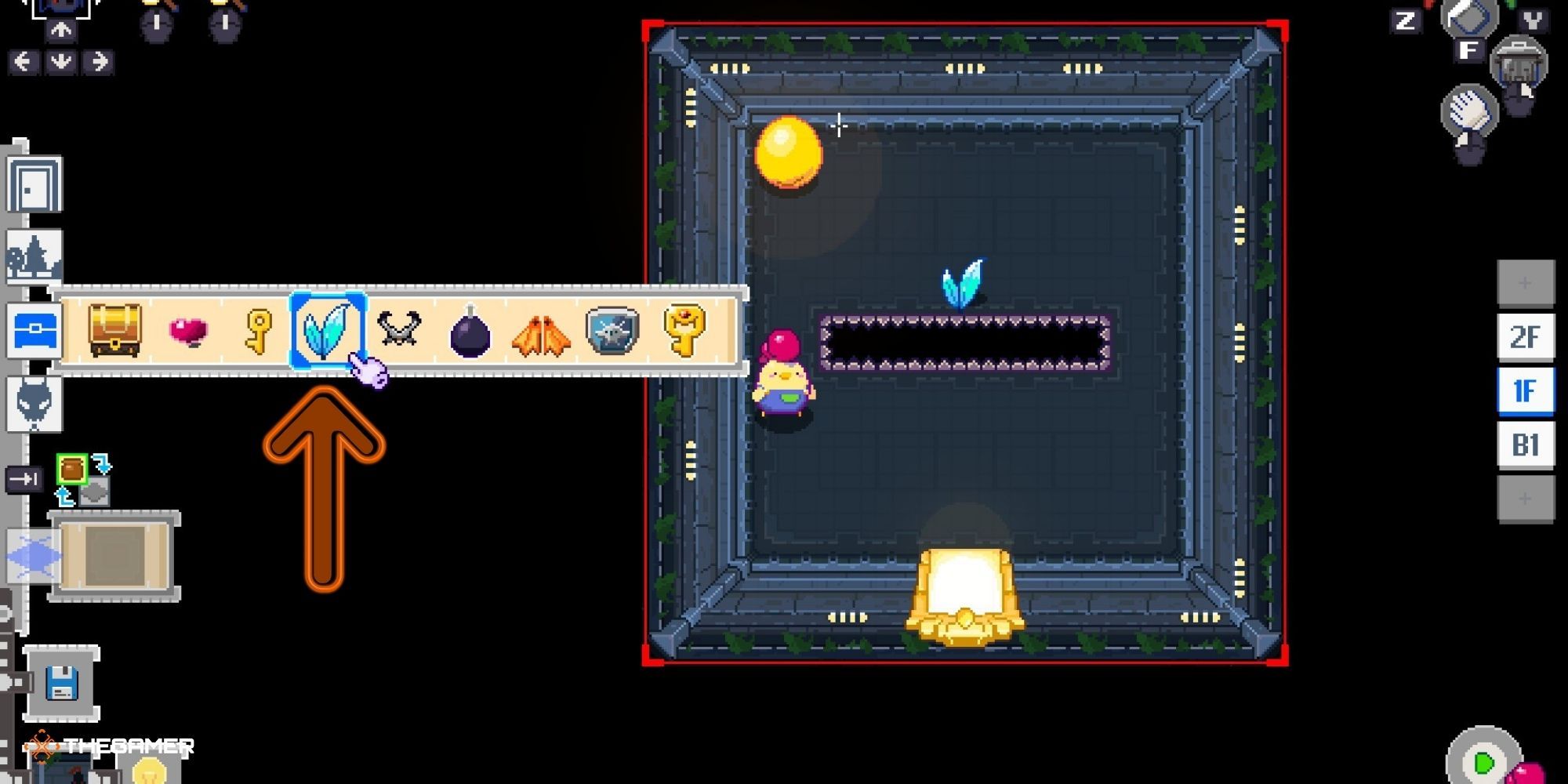 One confusing part of the game? Dashing. You'll be able to do it after acquiring the Feathers Power-up, and it allows you to cross terrain that would otherwise be a death sentence. This is easy if the area you're trying to cross is only one space wide. If it's 2 spaces wide, it's possible, but you've got a problem.

The dash in this game is juuuuust barely long enough to allow you to cross two spaces safely. You'll have to stand right up against the edge before hitting the button, and that can be tough. Don't fret, though, because you'll get the hang of it. And dying doesn't have a ton of consequences.

6 Dying Doesn't Have A Ton Of Consequences 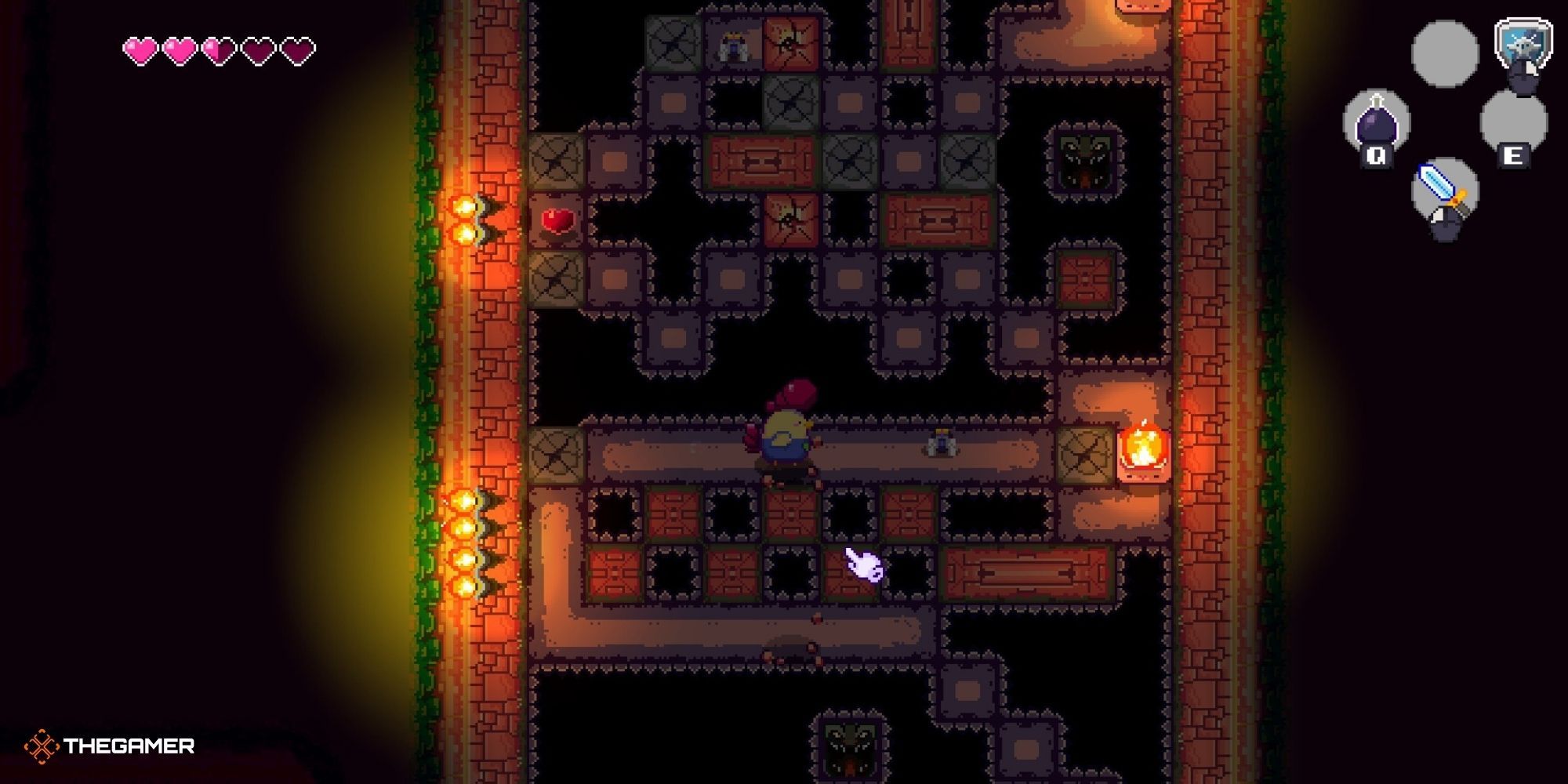 It can feel really frustrating to die over and over and over again in a game like this. Some players make their levels intentionally difficult, like the above example from a dungeon by in-game user wiskrim. It's entirely possible to traverse these diagonal paths with the right timing and button pressing… but you're going to fall into the pits. A lot.

Thankfully, if you're really stubborn and don't rage-quit on something like this immediately, there aren't a ton of consequences for your death. You're just returned to the dungeon's entrance with full hearts. You'll still have all the Power-ups you unlocked and any monsters you defeated or other changes you made in the dungeon will remain.

5 How To Report Bugs 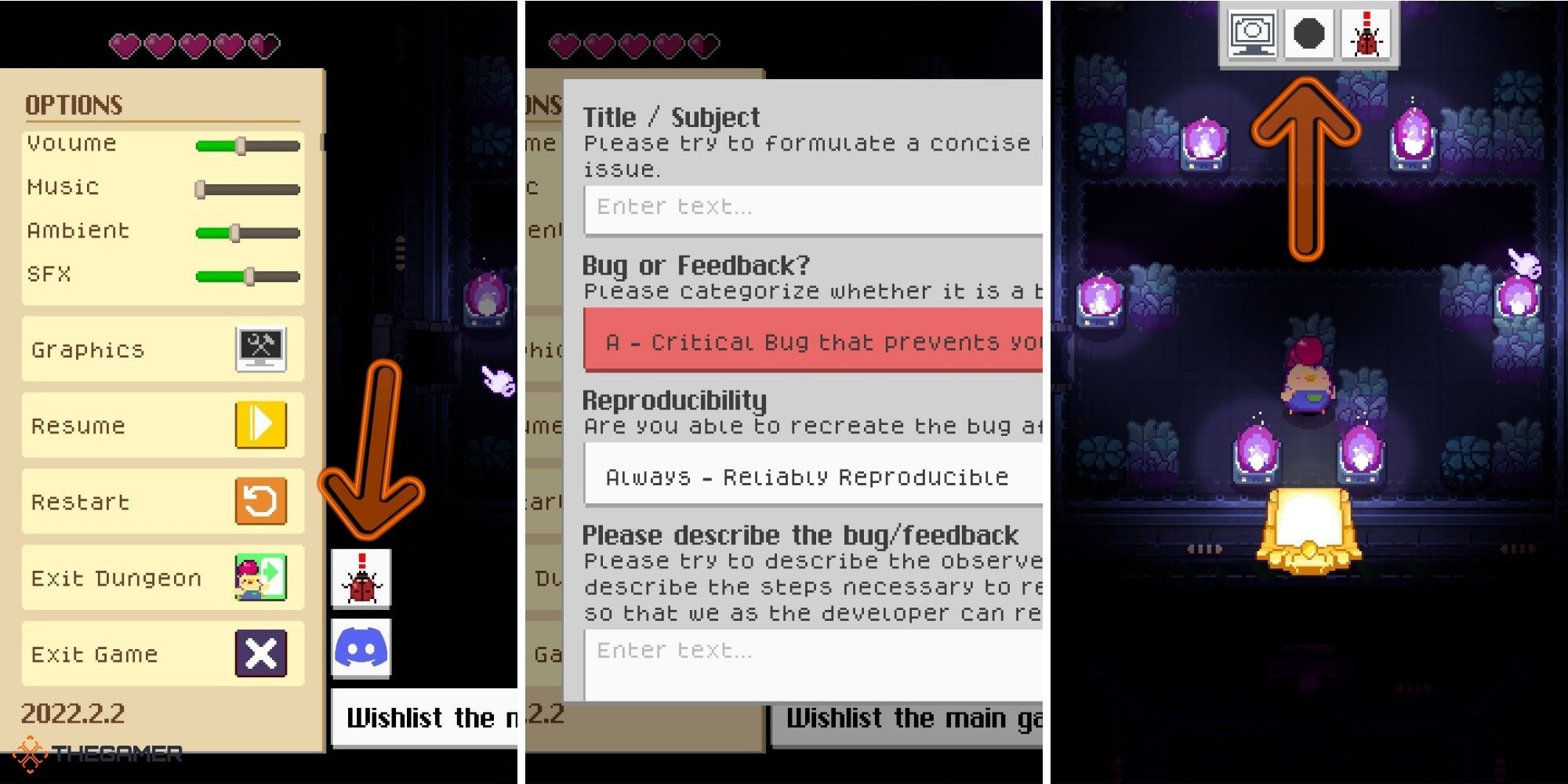 Since Super Dungeon Maker is a game in early access, it's not totally finished yet. There are still plenty of bugs to be encountered and fixed. You can help the developers to locate them by sending a bug report whenever you run into one.

To report a bug, just hit the 'Esc' key and look for the little ladybug button in the bottom left. This will bring up a page for you to fill in. Go ahead and provide as many details as you can so that the developers will be able to figure out exactly what's wrong. It's especially useful to provide screenshots or videos! Don't worry – it's not an arduous process of finding files or anything. Just scroll to the bottom of the report page and click on the checkered box with a plus sign in the centre. That'll boot you back to the regular game, except for one small change: a new menu on the top. The left button is for taking pictures, the centre one is for recording video, and the right one is to return you to your bug report. 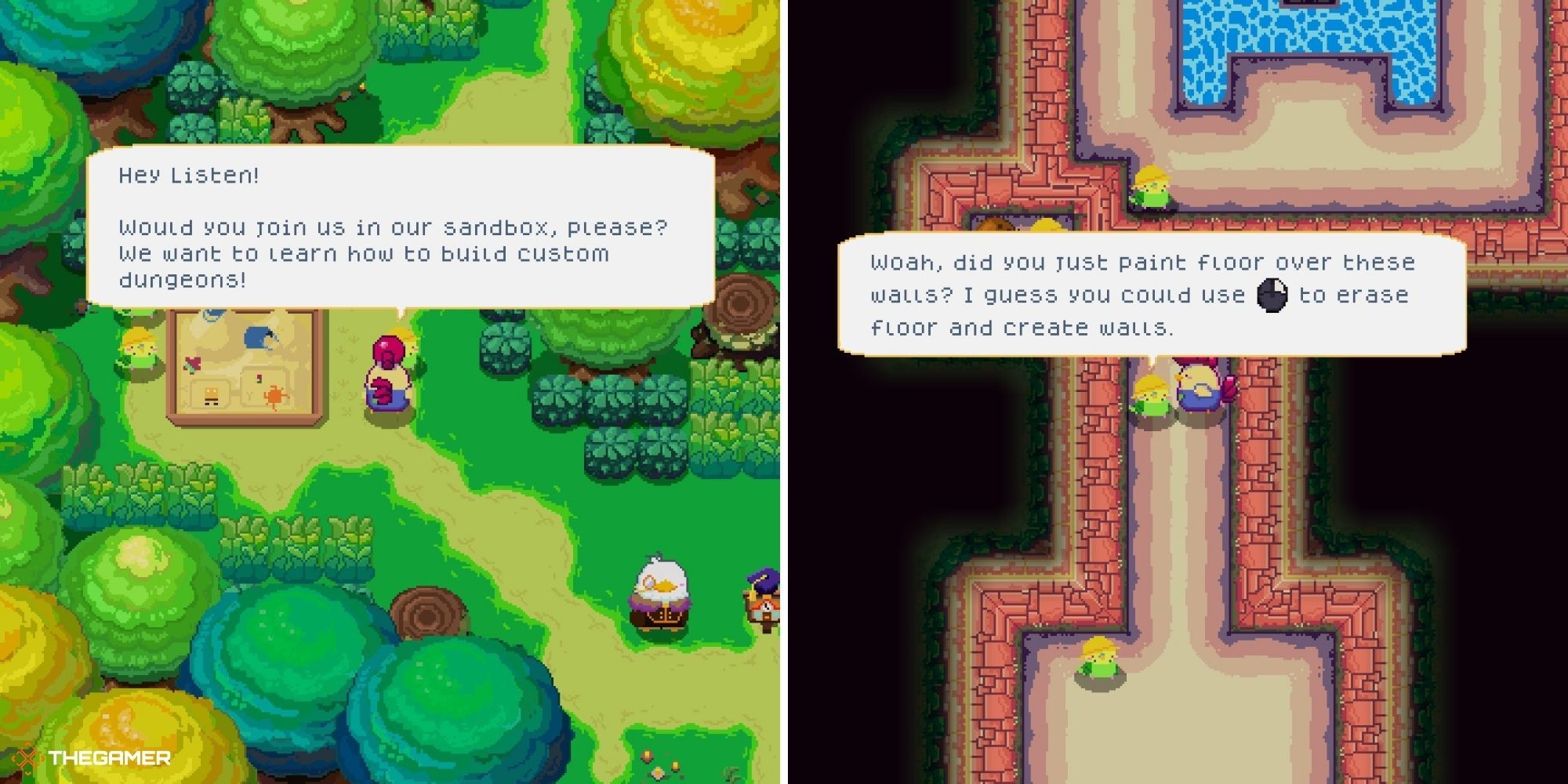 Right after beating the game's tutorial, it's easy to get excited upon seeing the hub world! As a result, you may miss the little birds playing in a sandbox along the path out of the dungeon. They're actually there for a very specific purpose: to give you a mini introduction to some of the building tools!

When you enter, it'll be a little pre-made area, but you have the power to turn on the building tools by pressing 'P.' The little birds will ask you to perform specific tasks to help them out and (by sheer coincidence, we're sure) introduce you to specific mechanics of the game.

3 Trial Dungeons In The Hub World 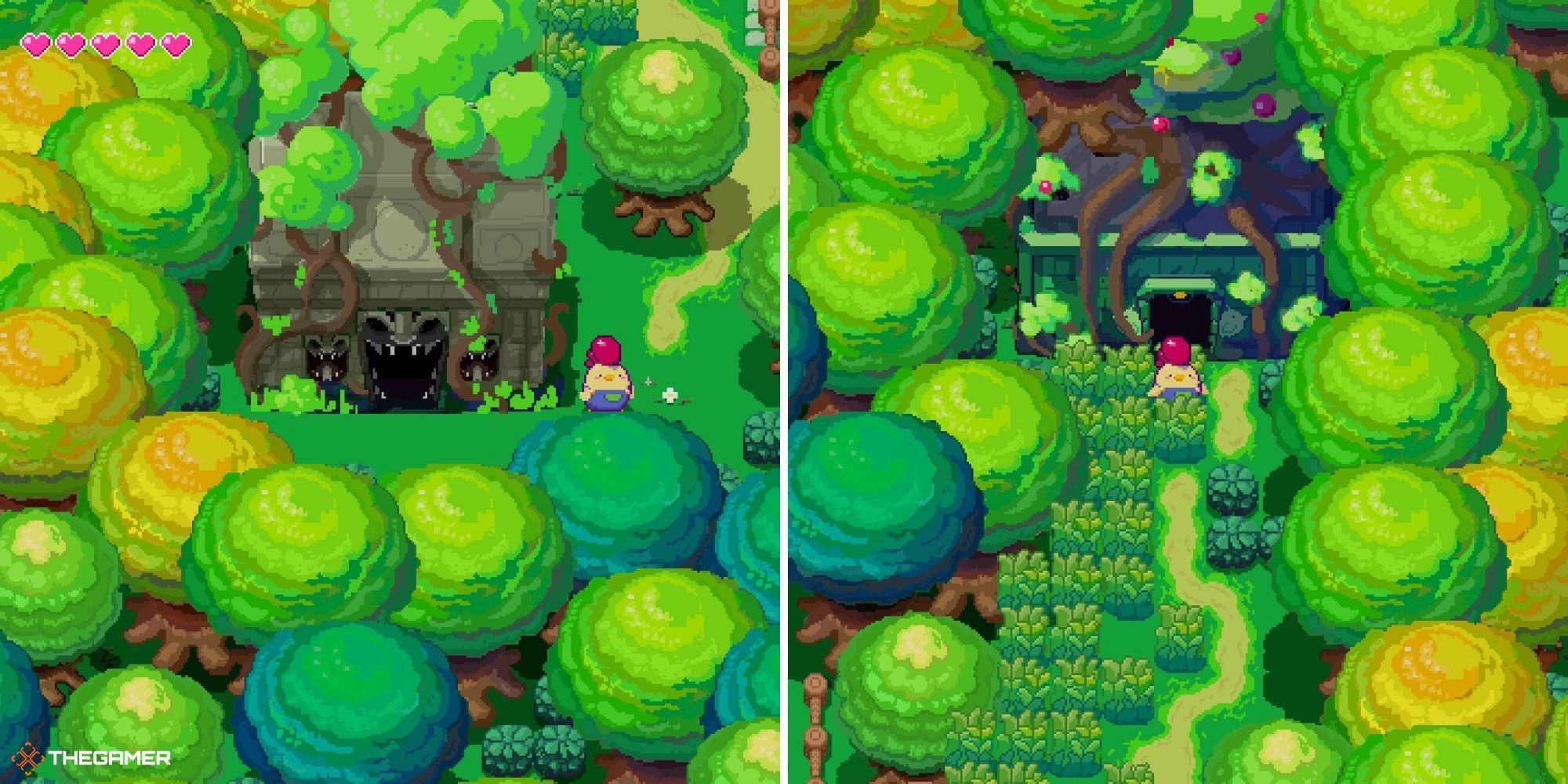 The developers were aware that players might want a little practice before they head into building their own dungeons. They added a few dungeons in the hub world that you can explore to get a feel for the controls and some of the mechanics you didn't encounter during the tutorial.

There are several dotted across the map, all with their own names, but we won't spoil all that for you. If you'd prefer to test out the tutorial again, you can do that in a flash by returning the way that you came.

2 Play Before You Build 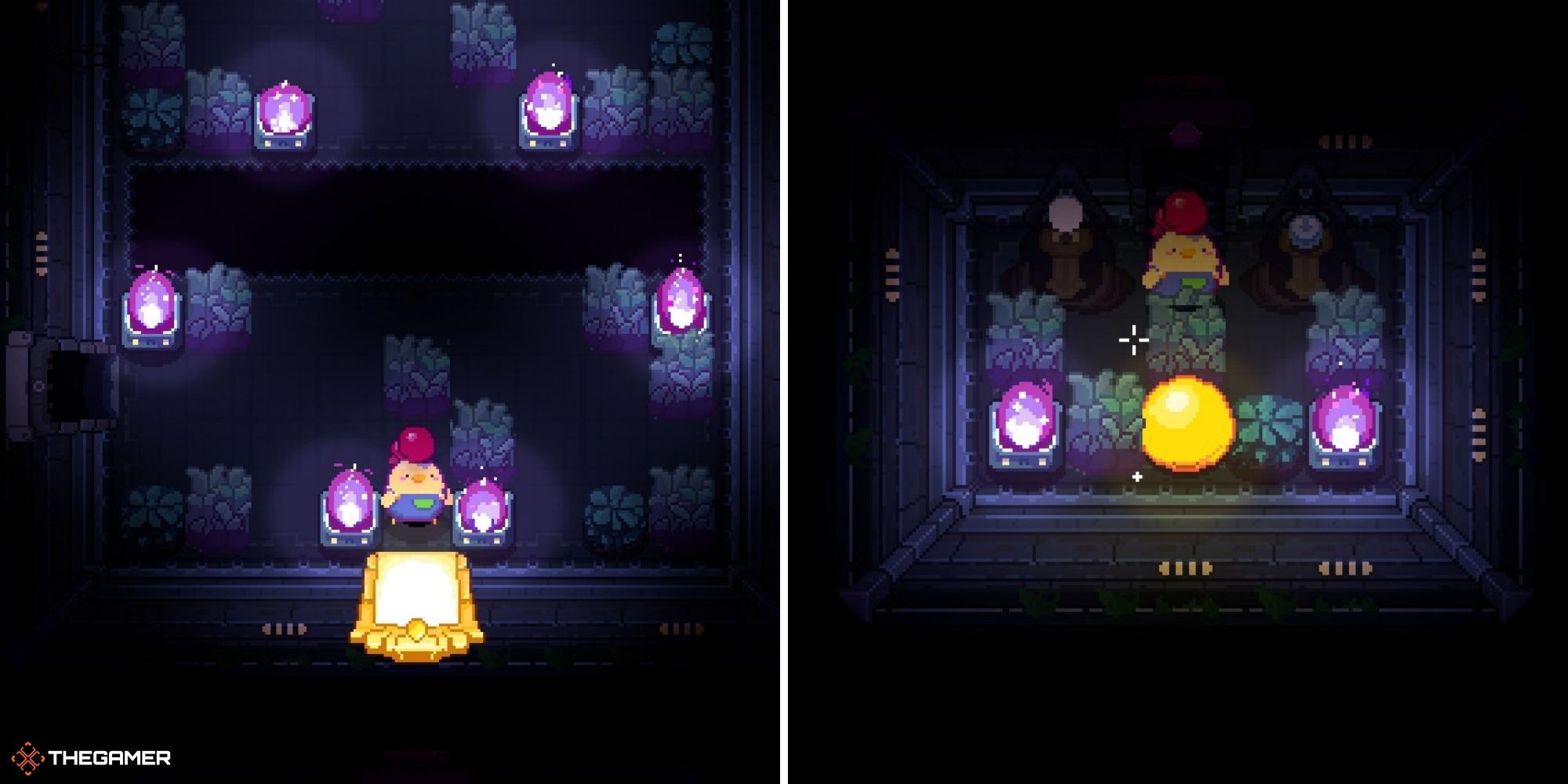 We're sure that you're excited to start building dungeons of your own; we were too! You may even enter the dungeon-builder and start messing around with the various decorations, doors, and more! However, we highly recommend that you try out a few more dungeons before you start building your own.

Though Super Dungeon Maker is a new game and in early access, there are plenty of passionate players who have created dungeons that you can access online. These are often stunning examples of what's possible with the resources that the game provides, and they'll probably spark ideas of your own! That's why we recommend trying out other players' dungeons. However, if you can't or won't play those, there are always the short dungeons you can access in the hub world that we discussed above.

1 Power-Ups Don't Stick With You 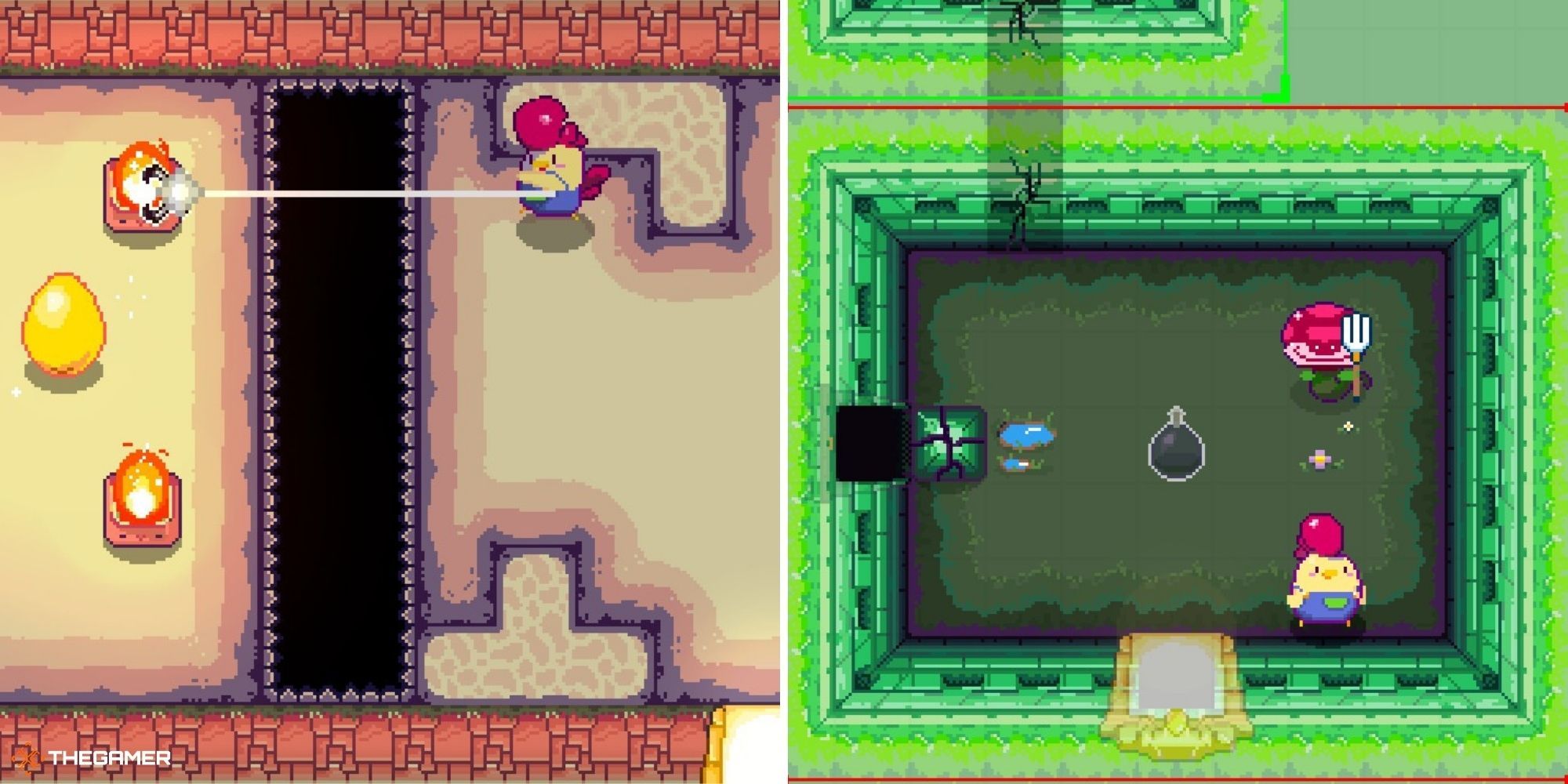 You'll learn this pretty quickly once you enter the hub world, but it's worth clarifying: the Power-ups you earned during the tutorial (or inside any dungeon, for that matter) don't stay with you. At the time of this writing, the hub world is pretty benign, anyway, so there's not really a need for them. They do stay with you throughout the entire dungeon, though, so keep that in mind as you build puzzles; don't forget you gave your player a Hookshot if you don't want them to get over that gap!

The only exception is the sword, which the player can access 100 percent of the time. That means all you can really do is cut the grass, but at least you're being a good neighbor! Jokes aside, don't get too over-expectant with your Power-ups.