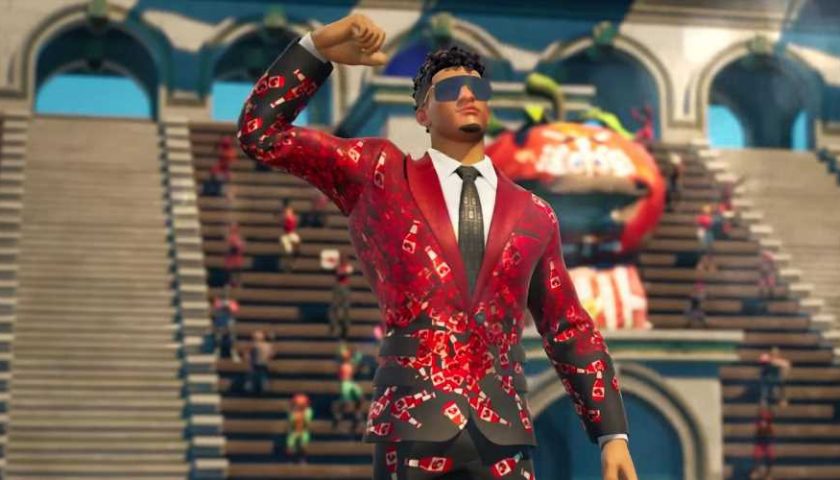 The measure of how famous a person really is has changed since Fortnite started adding anyone and anything to the game. Patrick Mahomes will soon meet those new requirements as the NFL star was officially revealed to be coming to the game as part of Fortnite's Icon Series on Monday.

Mahomes teased he would be coming to Fortnite last week by posting a shot of some real-life Fortnite pickaxes on social media. Epic has now confirmed the Kansas City Chiefs quarterback will be the next athlete to enter The Loop. The regular Mahomes skin will include two alternate styles, and there will also be a Saucy Style outfit to celebrate the player's love of ketchup.

Both of the outfits and a number of other cosmetic items tied to Mahomes will be available via Fortnite's in-game store from 8 PM EST on Wednesday. However, a handful of lucky players will get the chance to win the base Mahomes skin for free ahead of time via the Patrick Mahomes Cup.

The NFL star's cup will take place on Tuesday and will end with one lucky squad winning the Mahomes skin and its Gridiron Gladiator backbling 24 hours early. As is standard in Fortnite cups, anyone who has reached at least level 50 this season and has two-factor authentication enabled will be eligible to compete. You will have ten matches to earn as many points as possible, and even if you don't win, everyone who earns at least eight points across ten matches will get the Secret Sauce emoticon.

Mahomes will join the likes of Neymar, Harry Kane, and LeBron James on the growing list of real athletes who have been added to Fortnite. The Super Bowl winner will also be wading into the action at a time when Fortnite arguably feels wilder than ever. The ongoing Dragon Ball crossover, the announcement for which resulted in Fortnite's most-liked tweet ever, has led to everyone from Spider-Man to Darth Vader hitting people with the Kamehameha.