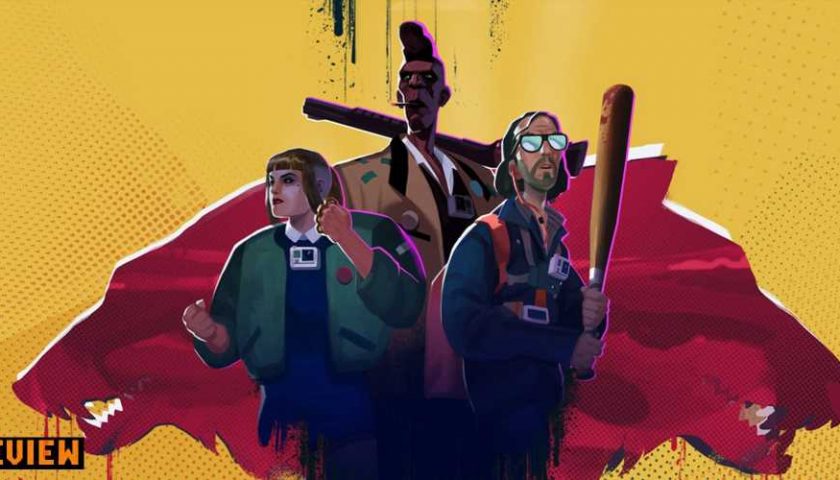 Imagine a future where football and cricket are no longer the national English sports. Instead? Dog races where the dogs are mechanically enhanced, undead, and filled with chemical rage, turning races into horrific bloodbaths for the enjoyment of the braying masses. This is the future envisioned by Sunday Gold in a gory, glorious wash of comic book animation and gorgeous, moody environments.

The dystopia that Sunday Gold portrays is relatively subtle, but it’s gripping and compelling all the same. Apart from the comically grim rise of animal bloodsports, monopolies and the struggles of wage slavery are prime targets for satirisation. The chilling thing is that only parts of the plot seem exaggerated – others are simply the flaws of modern life taken to their logical extremes. There’s a biting wit about it from the outset, drawing me into this dark future.

Starring in this depressing vision of the future are three morally ambiguous individuals who don’t mind doing some good as long as it gets them paid – if they can take down a corrupt billionaire in the process, all the better. There’s Frank, the de-facto leader of the group, Sally, the team’s muscled medic, and Gavin, the nerdy computer wiz with a taste for explosives, who is the impetus for the entire mission. This trio would fit in well in any gritty crime movie or Shadowrun adventure, and they make for fantastic protagonists. 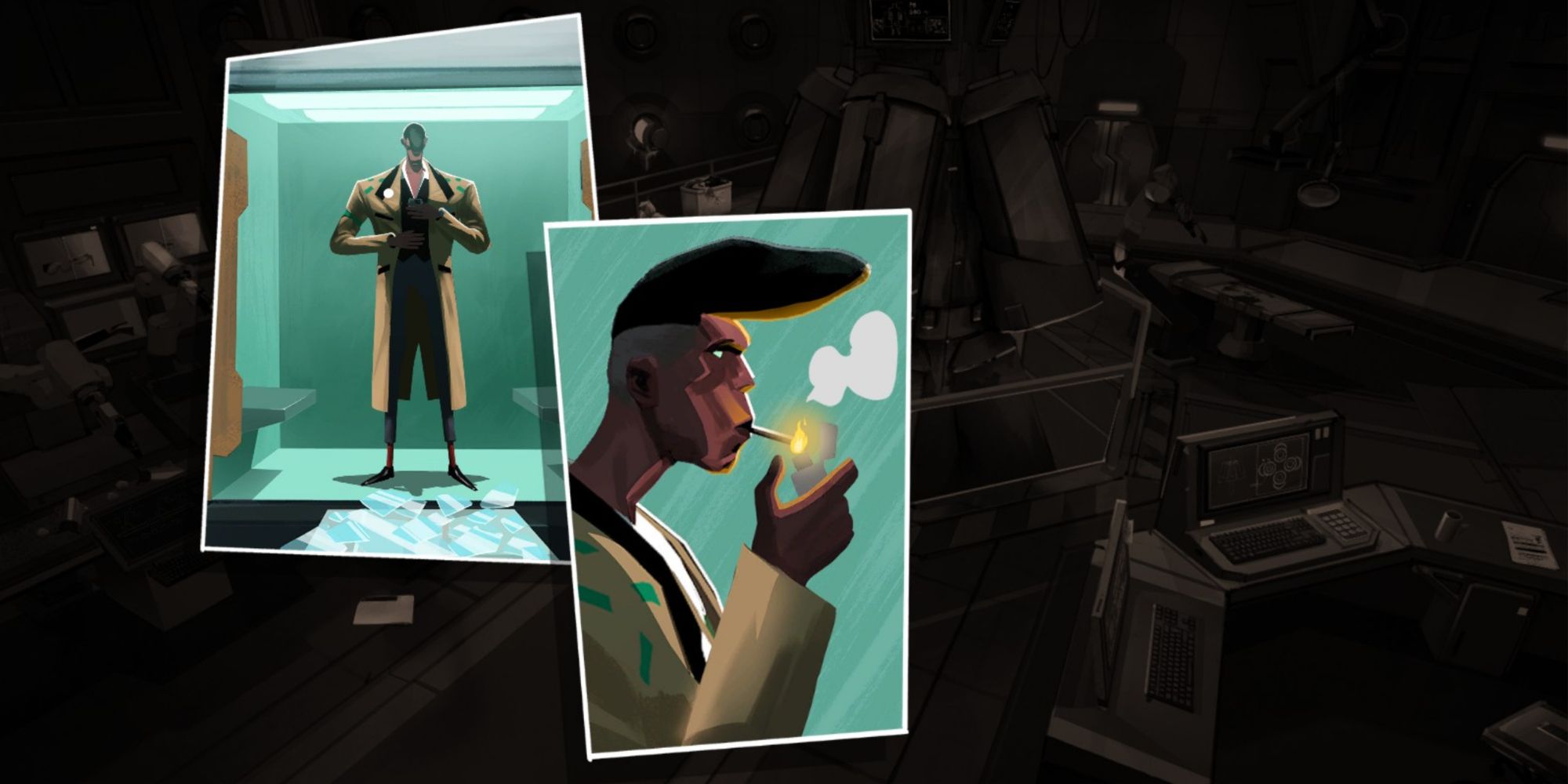 A big part of this is due to the game’s dialogue. Frank’s sarcasm oozes through his lines, you can tell Sally takes no shit from the first moment you meet her, and Gavin’s anxiety is palpable. No characters fear speaking their minds, and the delivery is so natural and often utterly hilarious. There’s something distinctly English, specifically London, about it – they’re despicable people, but you can’t help but love them. That’s very London. The voice acting greatly adds to this with superb performances and only a few slip-ups in the pronunciation of words like ‘twat’ and ‘minger.’

It’s a relief, then, that the game is pretty fun. It would be a shame to craft this world and make it a chore to explore. Sunday Gold has three acts, mainly consisting of puzzles of the point-and-click variety, sprinkled with turn-based combat to break things up. These two halves of the coin work well together in some places – you can solve some puzzles with violence, and when confronted with security guards that other adventure game protagonists would run from, Frank and co. simply get their weapons out. 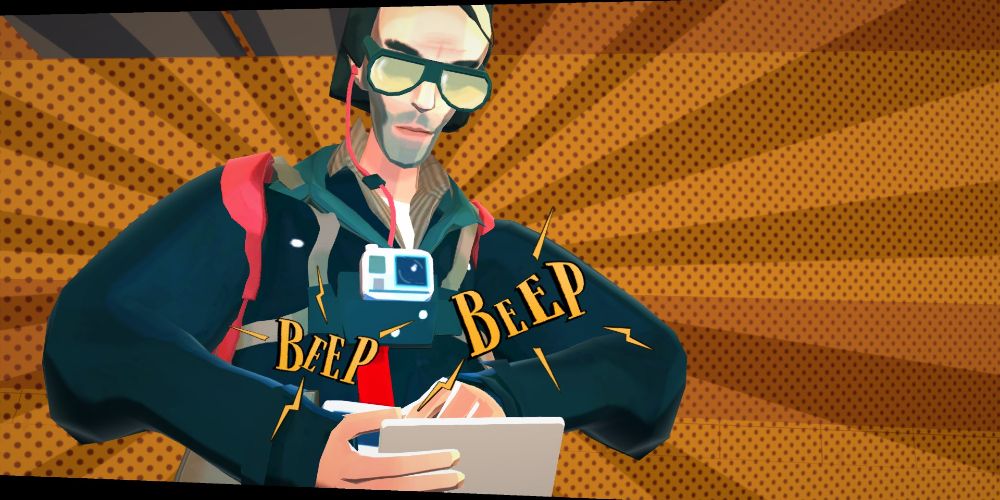 The puzzles themselves are your standard fare – you’ll have to acquire items and interact with your environment, sometimes in slightly illogical ways, to progress. As a veteran of the genre, I’d say Sunday Gold’s difficulty lies reasonably squarely in the ‘average’ quadrant. There are no egregious leaps of logic required to finish the game, but there are some brain teasers that feel very satisfying to puzzle out. Something I did quite like was that the three characters have their own personal inventories, which includes not only combat items and medicinal items, but the key items required for puzzles, meaning some shuffling about is necessary to beat the game. It adds a layer of interaction often missing from similar games.

Something that does drag down the pace is various mini-games that you’re forced to engage with. Each character has one – Frank has a fun lockpicking game, Sally has a zen-based twitchy reaction game, and Gavin has you solving truly awful codebreaker puzzles. The latter is what made the game frustrating to me – Gavin’s mini-game is randomly generated and never fun. Once you get the ability to bypass them at a significant cost later in the game, trust me, you’ll just end up taking that option. 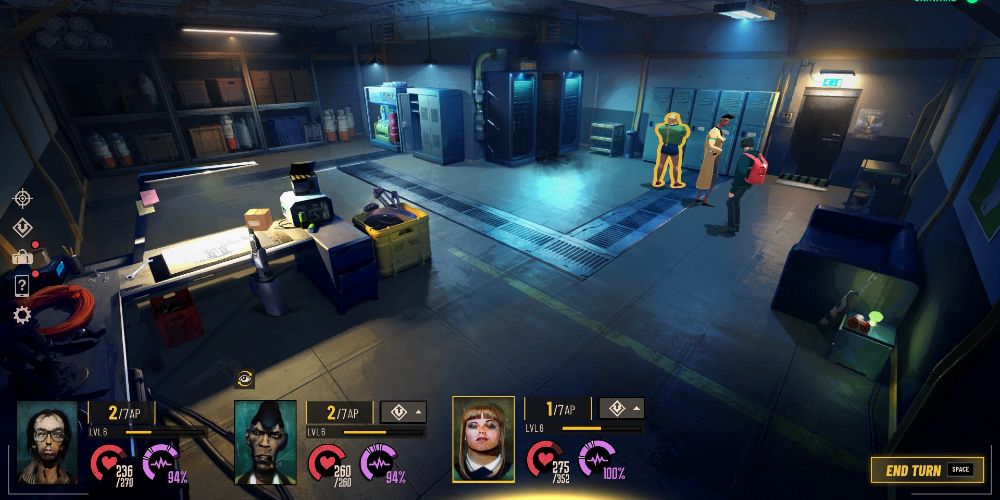 Combat also feels like a timesink most of the time. It’s undeniable that fights provide some of the game’s most stylish scenes, with the comic-book animation serving up a unique dynamism that I’ve never seen in a video game before. Unfortunately, the fights themselves tend to be simple snoozefests. The team is given so many skills that you might never use, let alone level up, thanks to how little thought needs to be put into winning. Even the boss fights are breezed through once you’ve figured out that making enemies bleed is the secret to winning. Whoda thunk it?

All of this runs on an Action Points system – everything, from picking up items to using skills in battles, costs AP, and once you run out of AP, you’ll have to hit an End Turn button. This replenishes your AP and gives you a chance to be attacked by enemies, consuming your resources and motivating you to solve the game’s puzzles quickly and efficiently. This system has a lot of potential, especially since it melds quite well with the combat, with the same AP pools being used in and out of combat, but the execution is disappointing. Very rarely does the risk of having to end a turn lead to any significant downsides, and it essentially feels like an annoying disruption to the game’s flow.

Sunday Gold is a game with a lot to say, says it eloquently, and has an aesthetic and artistic direction that I’ve fallen in love with. However, it must be said that the execution leaves something to be desired – the game excels in set pieces, confrontations, and dialogues, but getting from one highlight to another is a bit of a slog. I’d play another game following Frank, Sally, and Gavin in a heartbeat, but I’d hope it flows much better than Sunday Gold.

Score: 3.5/5. Review code was provided by the publisher.