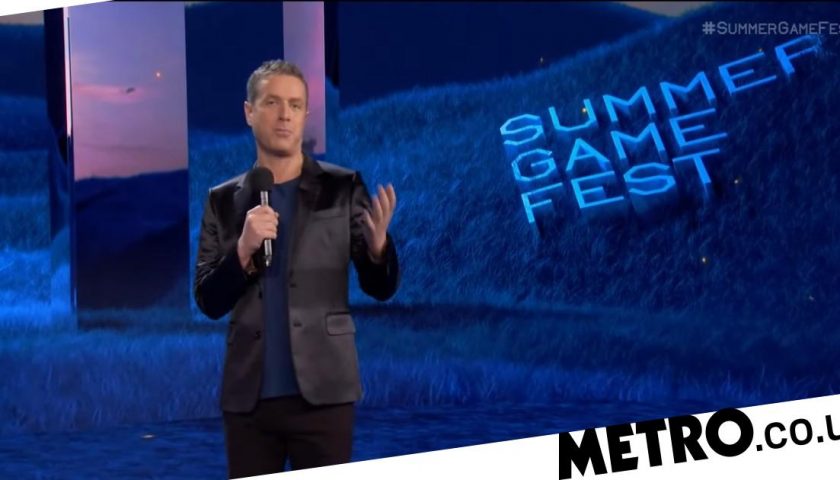 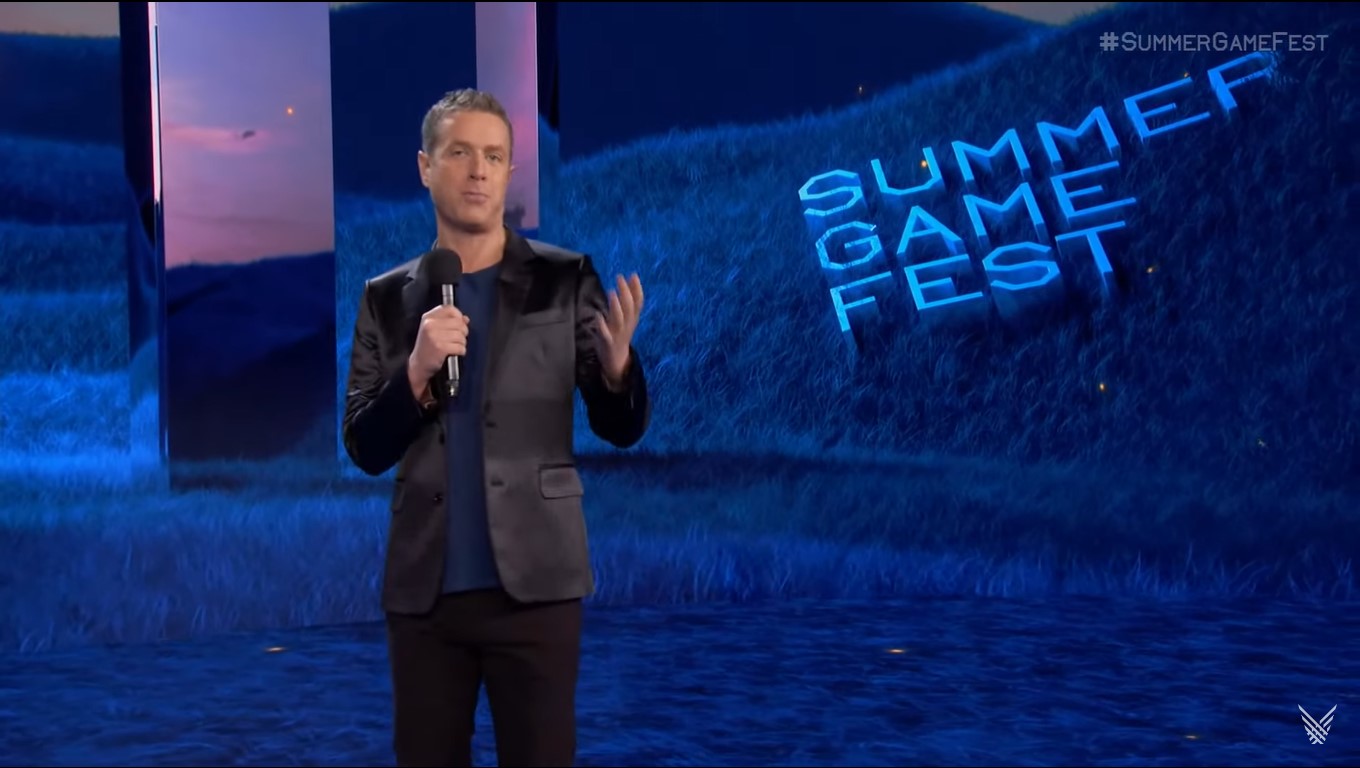 If Covid hadn’t happened we’d be looking forward to the start of E3 and associated press conferences from Microsoft, Nintendo, and (maybe) Sony right now. Unfortunately, that hasn’t happened for three years now and while Microsoft is sticking to the same dates, with their Xbox & Bethesda Showcase on Sunday, the only other confirmed events are Capcom on Monday and Summer Game Fest.

As has happened for the last few years, The Games Awards host and organiser Geoff Keighley is trying to fill the preview vacuum and while Summer Game Fest is a multi-day affair, the main event was on Thursday evening, and was basically The Games Awards without the awards.

It went on for two hours and while there were a lot of interesting reveals, there was a distinct lack of major announcements. That’s not anybody’s fault and probably an indication that there won’t be a second Sony State of Play or Nintendo Direct this month. We don’t know that for a fact yet though and at least Summer Game Fest was a chance to focus on games that wouldn’t normally get much of the limelight.

The biggest reveals of the night were The Last Of Us remake and the Call Of Duty: Modern Warfare 2 gameplay footage, although in both cases the publishers lost control of the narrative as Sony managed to leak The Last Of Us trailer hours ahead of time and the most interesting thing about Modern Warfare 2 is that it’s going to cost £70 even on last gen consoles.

Below are the rest of the highlights, although in most cases there wasn’t anymore information than the trailers themselves. At least most of them included gameplay footage though, rather than just being pre-rendered…

Capcom has acknowledged the leak of all the characters, new and old, for Street Fighter 6 but they have little option but to go forward with their original plan and unveil them one at a time at various events. The Summer Game Fest saw the debut of veteran fighter Guile, who’s looking a bit older now but still prefers to do his roughhousing against a version of his old stage.

Amiga and console classic Flashback has had many re-releases and remakes over the years, but none have managed to restore the franchise to its former glory. It’s difficult to tell whether this unexpected new sequel will, as it’s so hard to make out any of the footage, but it seems to be another 2D action adventure. Original designer Paul Cuisset is involved and so too is fellow original designer Thierry Perreau and Amiga soundtrack composer Raphaël Gesqua. That underlines the idea that they’re going for something very similar to the original, rather than 3D sequel Fade To Black.

One of the most interesting new titles of the show, and certainly one of the most attractive, this came across as Doom Eternal but with magic spells, which sounds appealing right from the start. It’s by The Vanishing Of Ethan Carter developer The Astronauts, which explains the good graphics, and is apparently a rogulite as well as a first person shooter. There’s no release date, and no confirmation of console versions yet, but it will be entering early access on PC ‘soon’.

Considering how much time was spent on this we still have no clear idea what it actually is. A lot of time was spent on stage with voice actors Roger Clark (Arthur from Red Dead Redemption 2) and Troy Baker (from everything else) but that didn’t really help explain anything. The game was described as a sci-fi thriller and was one of a peculiar number of games openly influenced by Dead Space, although there didn’t necessarily seem to be any horror elements.

We’re going to be honest, we’ve never heard of this game before, despite all the talk of it having been first announced a decade ago. If it was it must’ve been a pretty low-key reveal, but then having the least google-able name since Control doesn’t help. It’s yet another game inspired by Dead Space, which is odd considering Dead Space was never that successful and yet suddenly it’s spawned a host of tributes all at the same time. Exactly how much of a horror game Routine is wasn’t clear but those skeletal robots are pretty spooky.

Although there were a few bits of concept art, this was purely shown as a pre-rendered trailer, with a giant mech fighting a demon. That was pretty cool, as is the fact that this was the second new real-time strategy game of the night, after Aliens: Dark Descent. However, the alarm bells started ringing when it was revealed that it’s a free-to-play game. New developer Frost Giant, who are made up of ex-Blizzard developers, are adamant that it won’t be full of loot boxes and NFTs though and the prospect of a co-op campaign and 3 vs. 3 competitive does sound fun.

The distinction between indie games and AA titles is becoming increasingly meaningless and a lot of the indie titles during the show were using Unreal Engine 5 and had graphics on par with AAA titles. Highwater was more stylised, but it’s laidback tone and cautionary tale about climate change looks interesting. It’s out this year.

Obviously inspired by Jim Carrey movie The Truman Show, this was definitely one of the indie highlights, with nods to other shows and films like The Prisoner and The Running Man. The 2.5D gameplay seemed fun and it looks like there’s plenty of social commentary in amongst the action.

Quite why this was designed as a parody of the Dead Island 2 trailer we don’t know but then the appeals of Goat Simulator often seem inexplicable to non-fans. There weren’t really any gameplay details, but the sense of humour and knowingly broken physics are clearly still in full effect. It’s due out this autumn.

Unfortunately, the recent leaks spoiled the thunder a bit here, with the release date reveal for Firaxis’ new strategy game based in the supernatural end of the Marvel universe. The game will be out on October 7 and will include Spider-Man, Scarlet Witch and characters like Venom and Hulk being turned into evil demon monster versions of themselves. There’s clearly a lot of different character skins too, but these have to be bought with real-money as microtransactions.

The DLC for ultra-hard 2D shooter has been delayed so many times it’s hard to believe the new release date of June 30 is real. It’s imminent enough that hopefully this will be the last one though and the footage of a new ice-based boss looked great.

Only being released on Switch and PC, this looks like an interesting mix of first person shooter and collectible card game. There’s a Mirror’s Edge feel to the parkour style gameplay too, and publisher Annapurna Interactive rarely go wrong. It’s out in just a few days’ time, on June 16.

This looked a bit like an isometric Hotline Miami but whether or not it plays like it, it certainly seems to have a similar tone. It’s out on August 23 but there’s a free demo you can download right now from Steam.

Although they’re using the name HoYoverse here, this is essentially the new game from Genshin Impact creator miHoYo. It doesn’t seem very similar in terms of gameplay but the high production values certainly seem familiar, although we’re not clear as to whether it’s free-to-play as well (it probably is). HoYoverse also unveiled Zenless Zone Zero, which creates an unfortunate acronym.

Not only is Civilization clone Humankind getting a new DLC pack based on Latin American cultures but there’s also going to be a brand new version for consoles. Traditionally, this sort of slow-paced strategy game doesn’t usually work on any format other than the PC but a number of recent ports, like Crusader Kings 3, have proven anything can be adapted with the right control system.

It’s not at all obvious from the trailer but this is a Japanese role-player, which suggests it’s one of the more ambitious attempts at a One Piece video game. Although whether it’ll find any success outside of the existing fanbase remains to be seen. It’s out this year.

Speaking of Japanese role-players, the new trailer for Shin Megami Tensei spin-off Soul Hackers 2 showed off its English voice cast for the first time and a release date of August 26. Although the trailer itself doesn’t do anything other than showcase a few of the characters.

The original Capcom Arcade Stadium was an excellent coin-op compendium, and this follow-up looks just as enticing, with a suite of slightly older games including lots of different Street Fighter and Darkstalkers games, plus rarely seen classics such as Eco Fighters and Knights Of The Round. It’s out on July 22.

A mix between a rhythm action game and a first person shooter sounds like a great idea, assuming the heavy metal soundtrack doesn’t have your ear canals rebelling against you. It’s obviously very similar in concept to Doom but looks even more like a heavy metal album come to life. It’s out on September 15 and there’re demos available now on both consoles and PC.

A big budget survival game from ex-BioWare director Aaryn Flynn, this was first unveiled at The Game Awards but there’s now a bit more gameplay footage to show how it works. The art design looks great, although the exact balance between the combat and the survival elements isn’t yet clear.

There’s still not much obvious enthusiasm for the Saints Row reboot but no doubt Deep Silver will be hoping the new ‘Boss Factory’ demo will change that, as it’s now available for both consoles and PC. It focuses purely on customisation but that’s no bad thing as it’s one of the game’s best features and helps prove you don’t have to play with those awful default characters if you don’t want to.

The sci-fi follow-up to Warhammer: Vermintide 2, by the same team, pretty much sells itself, although this time the enemies are zombie-like citizens instead of rat people. Instead of pre-set characters you can now create your own and the game is out relatively soon, on September 13.

This third entry in the Layers Of Fear series seems to be a combination and expansion of the previous two games. Bloober Team are leaving the description purposefully vague at the moment but the fact that it’s being made in conjunction with little known Anshar Studios means they’ll still have plenty of time for that rumoured new Silent Hill game.

Warner’s new not-Batman game will be getting a series of character-specific trailers in the near future and this first one focused on ex-Robin Nightwing. Rather than the character being set in stone there seems to be an unexpected amount of customisation options, although we assume he won’t be switching hairdos like that on the fly.