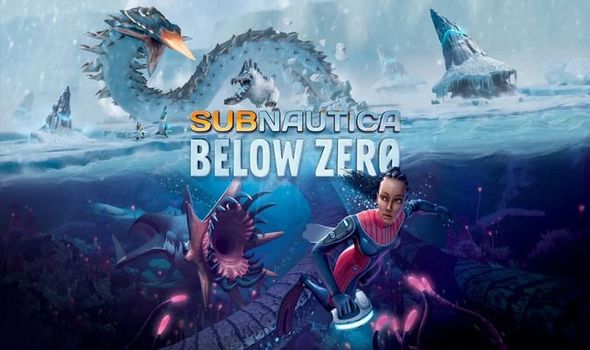 The console release date for Subnautica Below Zero is scheduled for this week and is already receiving top review scores.

It will also be the first time that the underwater survival sim will be available to download and play on Nintendo Switch, making for quite a combo.

Today’s launch will also see the Below Zero expansion come out of early access on PC, complete with everything that includes.

And the good news for anyone who is planning on playing from day one is that Below Zero is still available to pre-order on digital storefronts. In select regions, PlayStation Plus and Nintendo Switch players can get a 10% discount off the retail price of $29.99 (USD).

Subnautica Below Zero will be taking gamers deeper into the dangerous oceans, with the development team telling fans earlier this month:

“The sequel to the award-winning Subnautica, Below Zero plunges even the bravest of explorers into an underwater world, filled with all-new and vast biomes to explore, and mysterious and unfamiliar creatures lurking in the depths of the planet.

“As you continue to investigate the mysterious circumstances that brought you planetside, you’ll be challenged to survive in the harsh, arctic conditions, as well as avoid the looming threat of discovery by Alterra, who have all but abandoned 4546B in their haste to evacuate.

“With all of the new tools and vehicles to craft, and lovingly crafted biomes to marvel at, Below Zero provides a unique spin on the familiar setting of Subnautica’s unforgiving planet. Players can look forward to added cold mechanics to explore, creatures great and small to discover — and, in some cases, avoid — and far, far more about the lore of the Subnautica universe to uncover.

“With Steam Cloud saves enabled for the last several weeks, we can say definitively that it’s not quite ready for prime time. For us, this boils down to two factors: speed and reliability.

“Steam Cloud saves are currently taking too long for some players, and we have also received a few concerning reports of saves disappearing. The latter seems exceptionally rare but where saves are concerned, we feel that it is better to err on the side of caution.”

WHAT IS THE SUBNAUTICA BELOW ZERO RELEASE DATE?

Developers Unknown Worlds Entertainment has confirmed that the Subnautica Below Zero release date has been set for Friday, May 14.

No set schedule has been confirmed but according to the different digital stores, the Subnautica Below Zero release time has been set for Midnight BST on May 14 on PlayStation and Xbox consoles.

Meanwhile, it might take a little longer to start downloading and playing on Nintendo Switch and Steam.

Below Zero might also arrive later in the UK, with the Nintendo Switch eShop release schedule set for between 2pm and 5pm BST.

Guidance on the Nintendo eShop support page adds: “Content will usually be available at 14:00 GMT (15:00 CET) on the day of release.

Subnautica has proven a smash-hit on most platforms and was recently offered as a free download on PlayStation platforms.