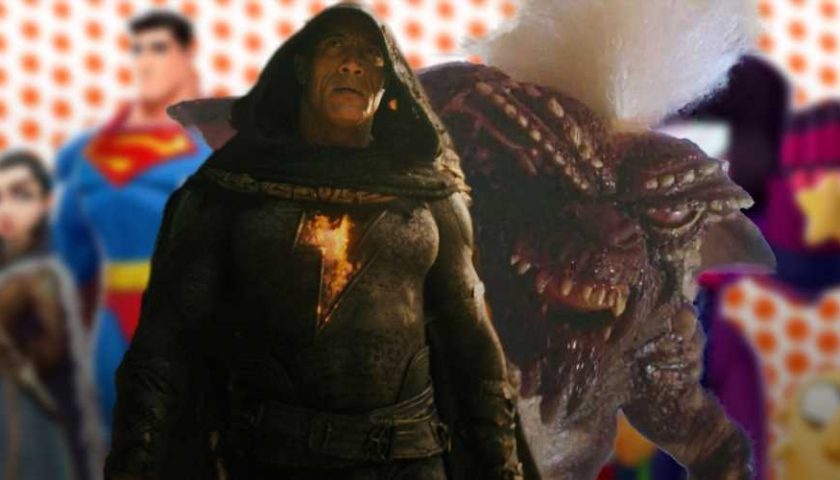 After a short delay, the very first season of MultiVersus will kick off later today. It was teased that the startup screen for the new season would reveal characters coming to the game in the near future. An early look at that screen has revealed Black Adam and Stripe from Gremlins will be among them.

You can check out the MultiVersus season one startup screen below for yourself courtesy of ShadyMVS on Twitter. As you can see, while the left and right of the screen appear to be filled exclusively with fighters who were available during the game's pre-season, Black Adam and Stripe are front and center. No sign of Rick and Morty, but their eventual additions have already been confirmed. Morty will be the first of the two to join MultiVersus when he's added next week.

As for when you will be able to enter the fray as Black Adam or Stripe, that remains a mystery. In fact, it will likely remain under wraps for some time. While their eventual arrivals will be officially confirmed after today's down time once season one has officially begun, since Rick hasn't been dated yet, it seems unlikely two newer characters will be.

It's probably not too difficult to figure out roughly when Black Adam will be landing in MultiVersus, though. Exactly how long the first season will run is unclear, but it seems very likely it will still be in full swing by the time The Rock's new superhero flick hits cinemas in October, especially with 50 tiers to work through. Having the hero simultaneously arrive in MultiVersus will be a great way to get those playing the game to go see the movie and vice versa.

There have been countless leaks pointing to who might be joining MultiVersus in the future, and Black Adam was indeed among them. Interestingly, dataminers had Gizmo as the character who would be joining from Gremlins. It's possible Stripe and Gizmo are variants of each other, much like Shaggy and Uncle Shagworthy have been in the game during its pre-season. As for the Breaking Bad characters everyone seems to be waiting for, you'll have to rely on mods for those, for now.