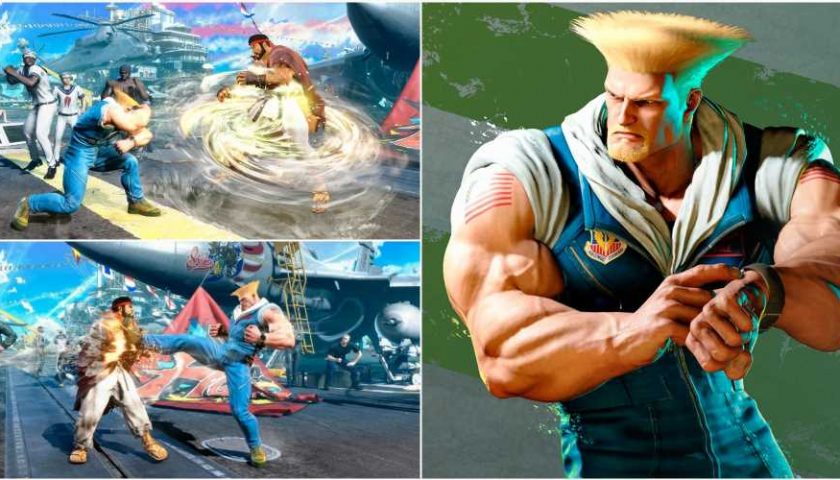 The long-awaited next chapter of Street Fighter was finally shown off during Sony's State of Play and Geoff Keighley's Summer Game Fest last week, leading to a character reveal, hours of gameplay, and thousands of interesting findings from fans of the series.

While Street Fighter 6 was technically revealed four months ago at the tail end of the Capcom Pro Tour Finals, we now have a great deal of information on how the game plays and who we will be seeing make the roster. Guile, for example, is amongst the first revealed characters and looks phenomenal in Capcom's sleek RE Engine that's powering the game for the first time. 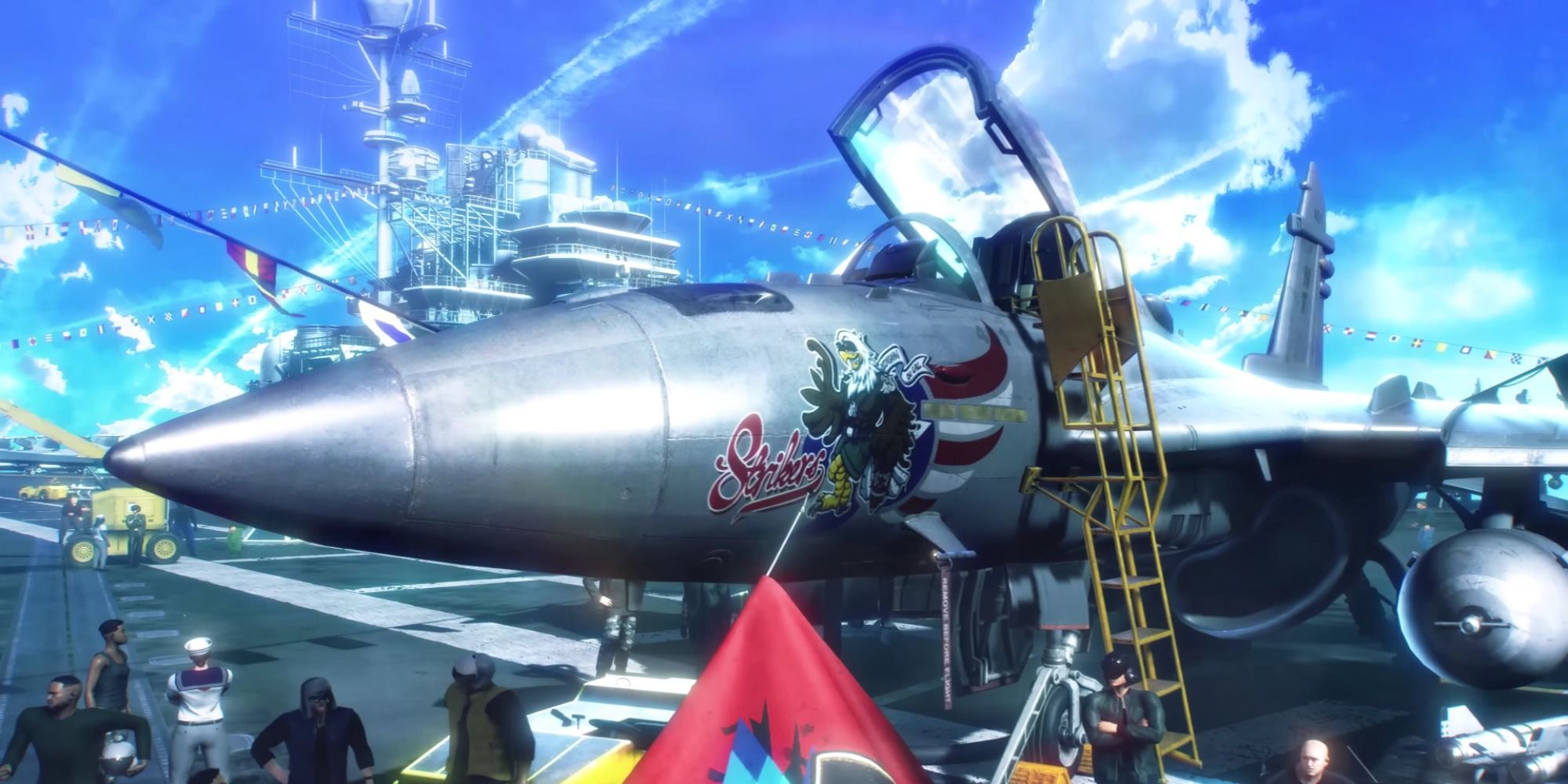 One of the first hints the reveal trailer drops comes from a quick pan-through of an Air Force Base, which fans of the series will automatically relate to America's Hero, Guile. After the short build-up, Guile takes the stage, looking incredibly fresh and absurdly buff. However, it doesn't stop there, as there is much more to the Air Force Base that veterans of the series may have spotted immediately.

While several Air Force Bases are present across the Street Fighter series, the one shown off in Guile's reveal trailer seems to be a complete remake of the one found in Street Fighter 2. This is made evident by the couple spotted in the background, the F-16 Fighting Falcon jet, and a series of wooden crates found across the ground. 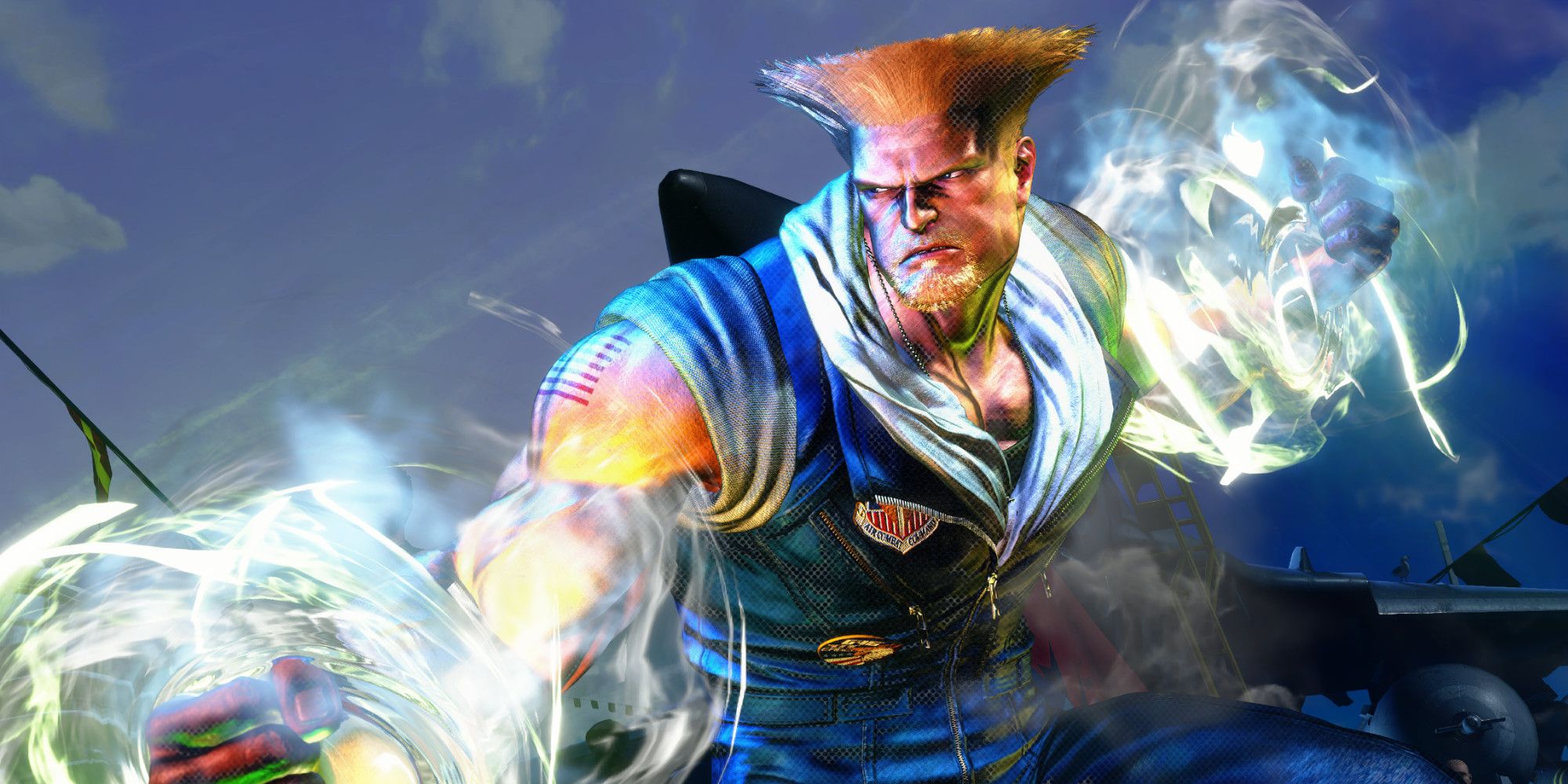 With tons of abilities and moves flashing past you at a million miles an hour, it can be hard to pinpoint what's going on at any given moment. But, if you look close enough -at around the fifty-second mark- you can clearly see Guile activate a "Dragon Install" or an Install Super, which allows him to supercharge his forearms with his golden-colored ki-forced used in his iconic Sonic Booms.

Shortly after triggering his Install Super, Guile launches several Sonic Booms at Ryu in rapid succession, one after another, with no end in sight. This is particularly fascinating because Guile never had a Dragon Install action before, making this quite a substantial change to his overall kit. The requirements needed to activate it, what all you can do when under its effects, and more are yet to be disclosed, but it's still a big deal nonetheless. 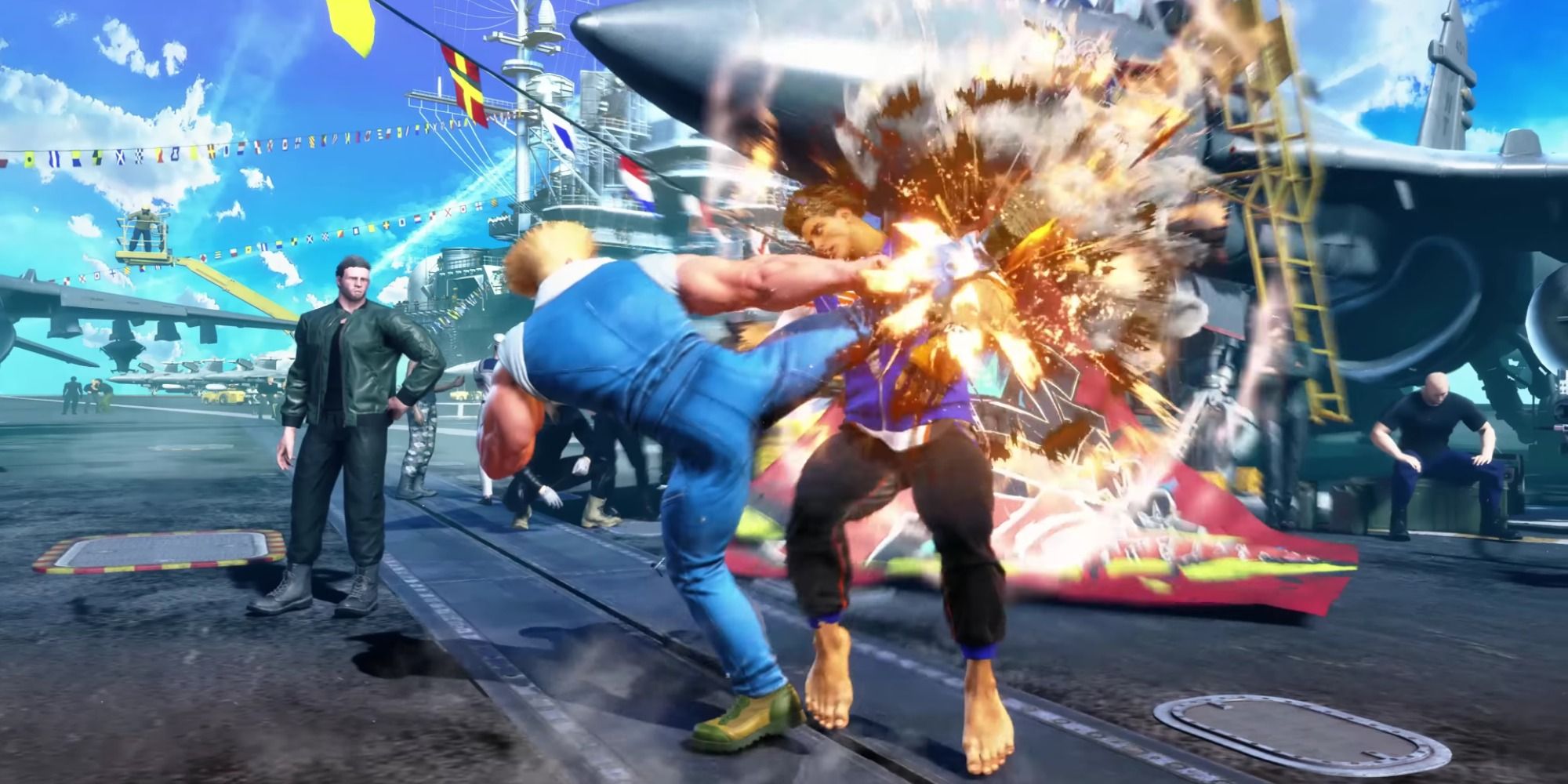 Street Fighter 6 looks like it's opening up what's possible for each character in terms of their combo pathing and overall routes, with one of the more substantial changes coming to Guile's Target Combos and what can lead into and follow after them. Though Guile was not playable at the Capcom booth during Summer Games Fest, we are reasonably sure we see Guile perform a sweep, then immediately go into a Target Combo before finishing off with a launch to continue his onslaught.

This change to Guile's combo pathing gives him access to a wide range of routes, making him incredibly flexible in what he can do in moment-to-moment sequences. While not set in stone, this will make Guile a significant threat in several situations and add to what some would already consider a solid command list. Guile was already good in previous titles, and this just makes him much scarier. 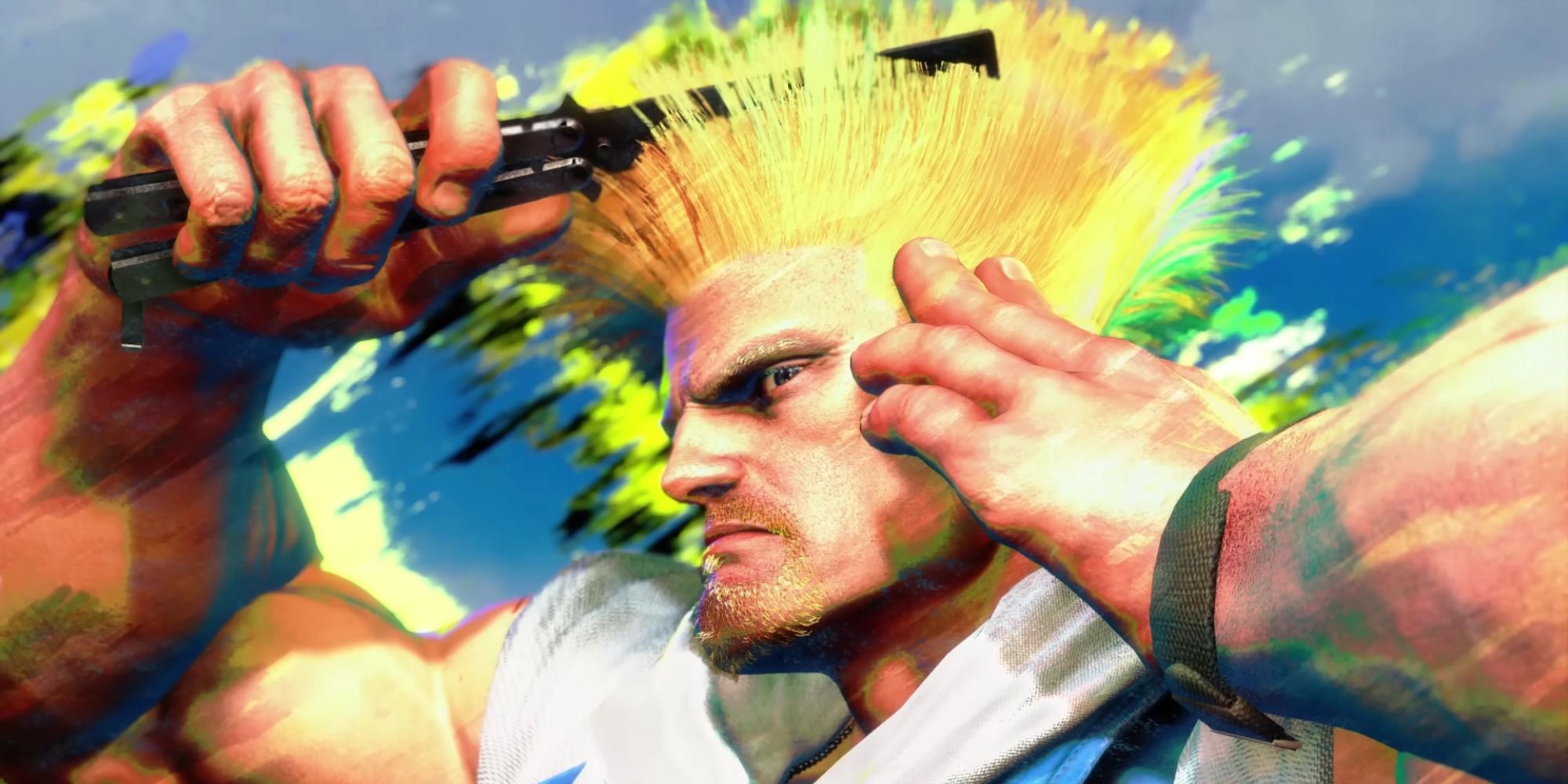 Perhaps not an enormous gameplay change, but the total overhaul on Guile came with some interesting additions to his appearance. Goatee, new wardrobe, and bulking muscles aside, the most significant change to Guile cosmetically is that the man finally has eyebrows after over three decades.

Now, look, we get that this may not be a big deal to many out there, but Guile's having eyebrows after not having them for thirty-one years is beyond fascinating to us and makes us question why he never had them in the first place. Guile looks incredible in Street Fighter 6, and while many things contribute to that being the case, we know deep down that it's because he finally has a set of eyebrows he can rock while combing his beautiful blonde flattop. 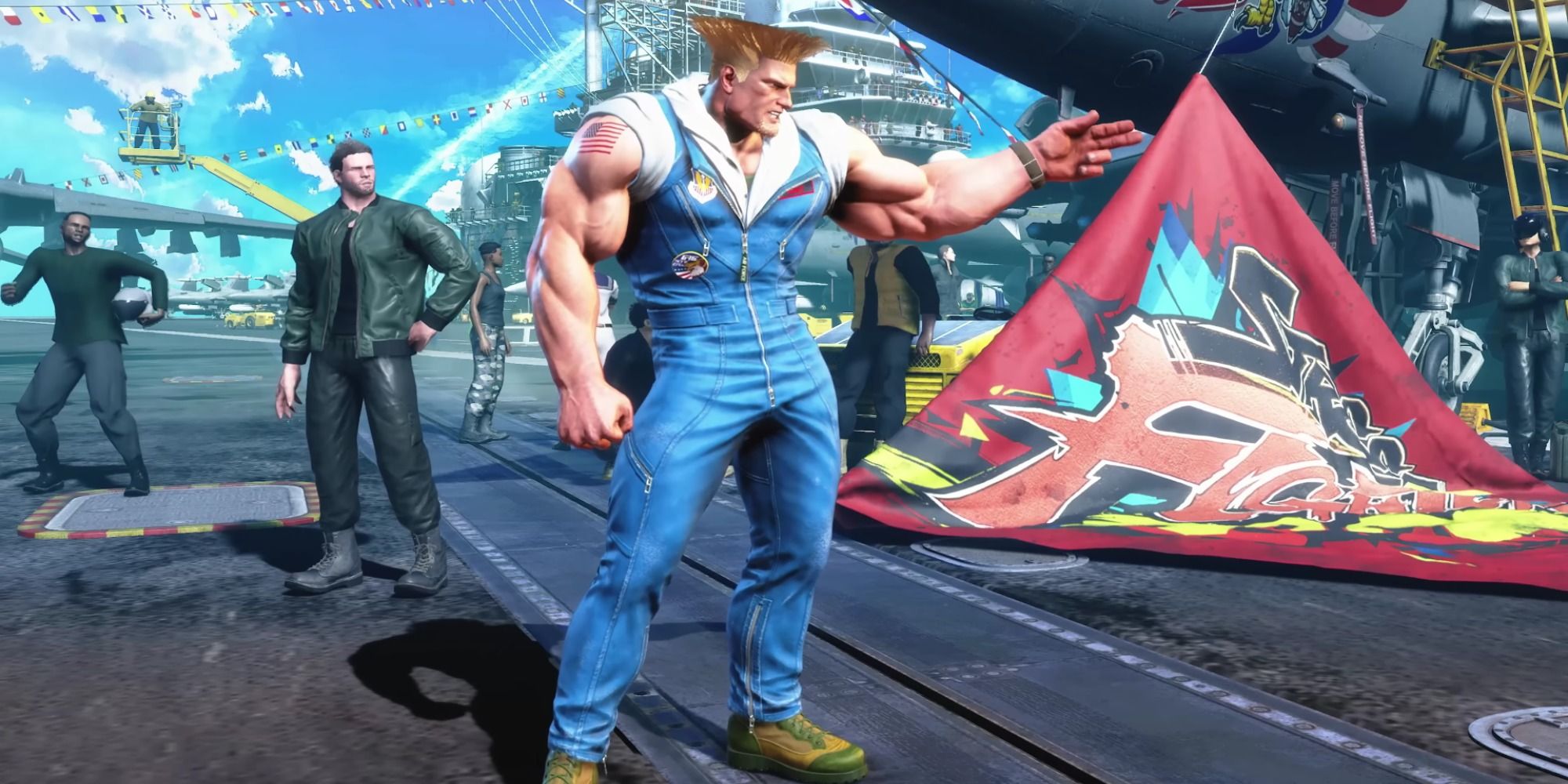 Staying on Guile's appearance overhaul, we would like to draw your attention to his new, sleek, and oddly stylish Air Force Jumpsuit that replaces his iconic olive drab green tank top and woodland camouflaged cargo pants. While certainly better than his look in Street Fighter 5, which saw him in blue dress pants and a white dress shirt paired with a tie, fans are torn on if they like his new Air Force Jumpsuit over his classic style.

But, you should give his new look a chance for many reasons, mainly because of all the cool patches found all over Guile's incredible Air Force Jumpsuit. For starters, there's a patch with an American Eagle sporting Guile's haircut and classic shades with the text "G-16 Sonic Eagle" next to it, which references the F-16 Fighting Falcon jet found in the background of his stage. Next, you can see a patch that reads "Air Force Command" on his upper right chest, which confirms Guile is part of one of the nine Major Commands in the Air Force, which shows the amount of detail poured into this game and character. More patches are also visible on his jumpsuit, but you cannot make them out clearly in the trailer, making us curious to look into them further in the game's full release. 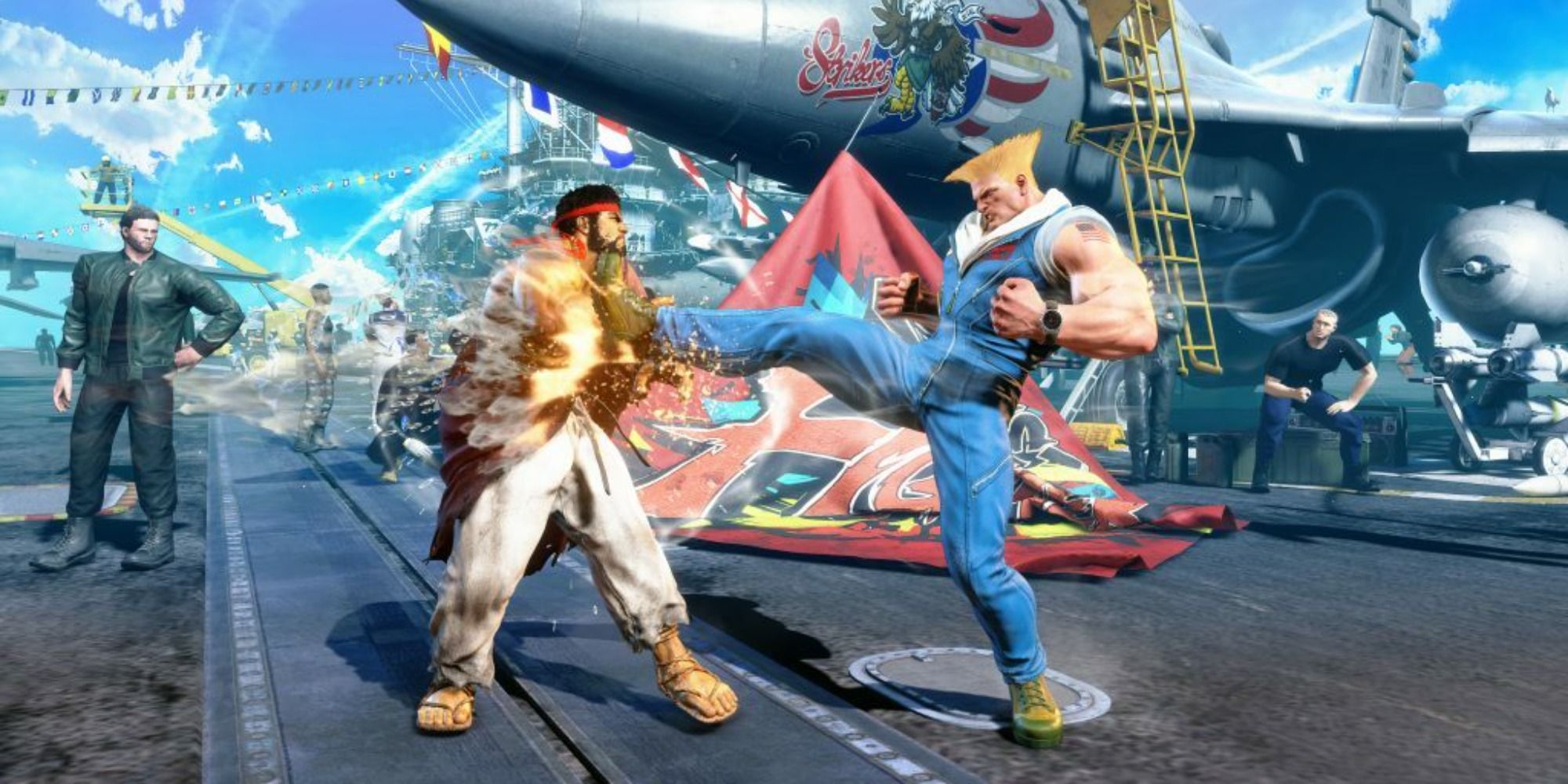 Last and certainly not least are the many references to Guile's best friend and mentor, Charlie Nash, that pop up throughout the reveal trailer. For the uninitiated, Capcom has confirmed that Street Fighter 6 sits firmly at the end of the story's timeline, taking place just after the events of Street Fighter 3 and advancing the plot of the story for the first time since 1999.

Much like Ryu wearing his master (and father-figure) Gouken's kasaya, you can see Guile sport a watch that once belonged to Charlie Nash, which he checks upon entering the match and once more during his victory screen. In addition to that, Guile seems to be using Charlie Nash's Stand Heavy Kick command in the trailer when he delivers a big boot to Ryu's chest in a devastating fashion. Furthermore, Guile also uses Nash's Fierce Punch, which is an excellent way to make him pay homage to his mentor and dear friend.