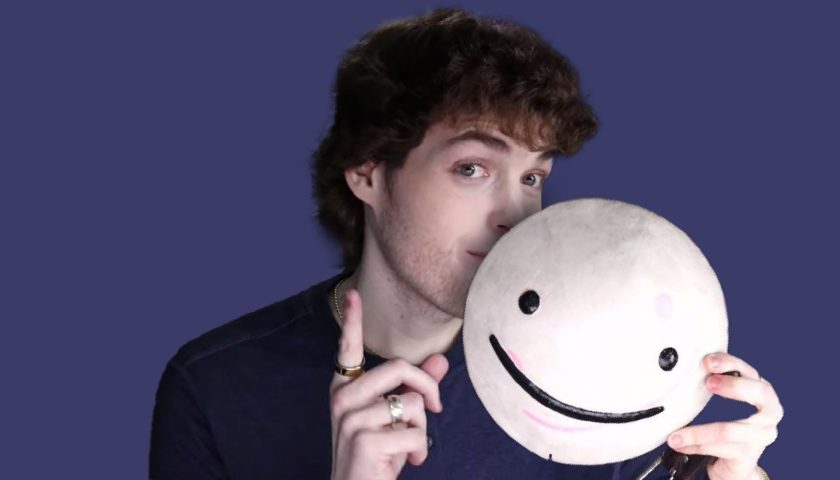 The popular streamer Dream went up on stage for the first time ever at TwitchCon, held this past weekend in San Diego, California. The content creator was clearly overwhelmed by the adulation of his adoring fans, but when the day was done, Dream was apparently brought to tears, overcome with emotion. The panel in question, Dream & Friends: The Ultimate SMP Reunion, took place in front of exactly 400 viewers, dozens or even hundreds more being turned away at the door in order to maintain room capacity.

Dream has rocketed to fame and fortune over the course of the past couple of years. While he apparently started streaming back in 2014, the content creator has gained upwards of 30 million subscribers on YouTube since 2019 for his beloved Minecraft Manhunt series. Dream kept his identity a total secret before finally revealing his face to the public earlier this month in a video that broke 20 million views in less than a single day. The reception on the part of his fans and followers turned out to be somewhat mixed.

Stepping into the public eye at TwitchCon, Dream was immediately moved by the positivity which he experienced. When asked by the host how he was feeling, the streamer simply replied “good.” Screams and shrieks followed from the crowd. “I just said good,” he reiterated. The screaming and shrieking continued. “I’m shaking,” Dream said. “I love you guys.”

Dream later explained how he managed to accumulate such a strong following during an interview with Bloomberg. “I’d wake up, go on my computer, get off my computer and eat, get on my computer again, then hop in bed and maybe watch some TV or something,” he explained. The content creator apparently took a huge gamble in quitting his job at Apple with only a small amount of savings to get started in streaming. Within a single year, Dream was among the biggest names on YouTube, attracting the attention of more than 12 million followers, the key to his success being Minecraft. “I feel like I’ve done everything you can possibly do in that game,” he said.

The streamer apparently went to great lengths in order to remain anonymous. People however soon discovered that he lived in Orlando, Florida. Dream claims to have had constant concerns that he might be recognized on account of the fact that followers were familiar with his voice. “Even if it's a 0.0001% chance, it’s not really worth it,” he remarked. “I’d rather it be my moment.” Dream added that he went to a “different state to go to the dentist. I went with my mom to go to the movies and eat dinner for the first time in a long time. I went to Georgia.”

Dream of course caught a lot of criticism from his fans when he finally revealed his face. “I got texted by so many friends of mine being like are you OK? I was like, well, yeah, when you have 30 million eyeballs on you, a million, two million people are going to be making jokes or mean or are not great people. When you take that big of a pool, there’s going to be a portion.”

The reception reserved for the streamer at TwitchCon was however extremely positive. “I went to my room and started bawling,” Dream pointed out. “I’d never felt this feeling before. Happiness, but with overwhelming wow, this is real, this is my life.”