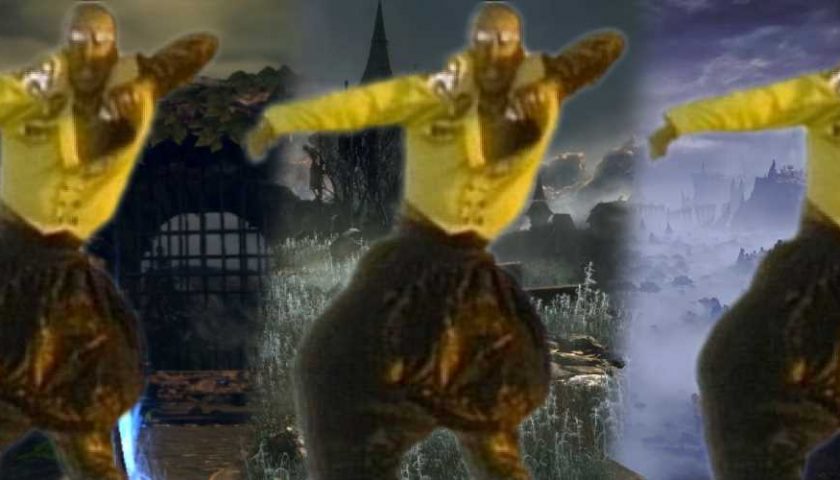 Over three years ago, Twitch streamer The Happy Hob completed what he called the "God Run," a no-hit run of what was then all five Soulsborne games. Getting hit even once meant having to restart all five games from the start.

Several years later, both Sekiro: Shadows Die Twice and Elden Ring has been added to the list, with Hob updating the rules to reflect the new FromSoft games. "God Run 3" has the same rules, but with two more games to complete, it's infinitely more challenging. Some even said it was impossible.

Until today. Twitch and YouTube streamer dinossindgeil has completed the God Run 3, beating all three Dark Souls titles, Demon’s Souls, Bloodborne, Sekiro: Shadows Die Twice, and Elden Ring consecutively without taking a single hit. There were more than a few resets and even more close calls, but after 120 days, it’s finally done.

"Let's go! Let's fucking go dude," dinossindgeil shouted after defeating the final boss of Dark Souls 3. "Thank you so much for the people who are always here. I really mean it. There are so many people here who always tell me to keep going and I'm really glad that you guys are here. Thank you."

The Happy Hob himself appeared to congratulate dinossindgeil for his tireless effort. "You have brought great honor to the no-hit community. We are proud," said Hob. "I love you, my son."

"I'm flattered," dinossindgeil replied. "I love you too Hob."

He then broke down into tears of joy for the last few minutes of the stream, and for good reason. Each of these games requires dozens of hours to complete with countless opportunities for failure. It's hard enough to simply beat Sekiro, but beating it without taking a single hit is an accomplishment unto itself. To then beat Elden Ring, Dark Souls 1-through-3, Bloodborne, and Demon's Souls seems like a miracle.