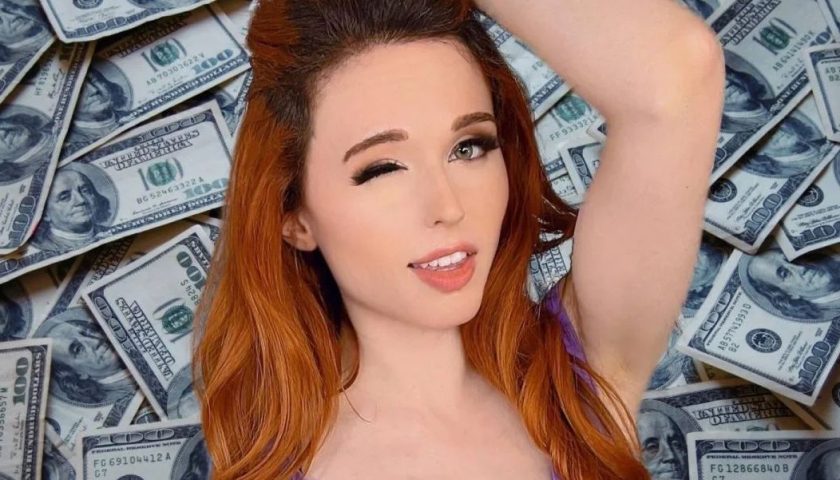 The popular content creator Amouranth was recently sent a rather surprising gift by a currently anonymous viewer, a package containing no less than $70,000 in cash along with a brand new and fully activated iPhone complete with a prepaid bodyguard service. While fans of the streamer have been wildly speculating about the matter, the identity of this particular follower of course remains completely unknown.

Amouranth could be seen on screen counting this incredible sum of money and reading the attached note during a recent subathon. “I have provided a few defense essentials and some cash to ensure that no amount of financial tampering can hinder your resolution,” the content creator read out loud on camera. “I have included a new phone, all you have to do is activate the service. The plan is active and prepaid. No one except you will know the number. If it suits you, feel free to enter these two numbers.”

The streamer added that “he gave me the number of bodyguards” before continuing to read the letter, noting how “this is the number of a private security company I have on retainer, you can call them in the event of an emergency if the other contents of the bag are insufficient. I have a payment source lined up already, so the cost has already been taken care of.” The anonymous viewer also included their personal contact number.

“That’s it in the letter. There’s not like a creepy run away with me, please marry me, like there normally is,” Amouranth remarked. “It’s just a letter like here’s your stuff, have a good life.”

This comes in the wake of news that Amouranth would be taking an indefinite break from streaming following the recent controversy surrounding the allegations of domestic abuse on the part of her husband. “Taking a break, not sure when I’ll be back,” Amouranth posted on Twitter at the time. The content creator previously revealed that she had been "wanting to tell" her fans and followers that she was in fact married, but said that her husband rejected the idea, claiming the information would "ruin the business model.”

The streamer came back into the spotlight shortly after the incident, noting how she had separated from her husband and seized control of their shared bank account. "As for the husband situation, as some of you probably saw the other night, he called me during a stream and I disappeared for like two hours,” Amouranth pointed out. “Then I finally unmuted about an hour and a half into the call and I apologize if that was hard to watch for people. I didn't really know what else to do.”