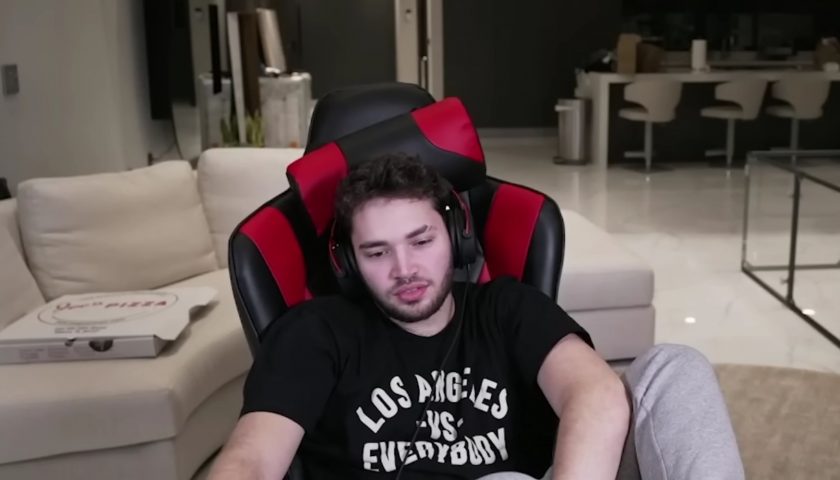 Streamer Adin Ross has been having a weird few months. In December last year, he announced that he will be interviewing Kanye West, who has clearly gone off the deep end with his comments. Then, earlier this month, he supported Andrew Tate, who was recently arrested in Romania on the charges of human trafficking. Now, the streamer finds himself banned from Twitch, and the reason isn't exactly clear.

As confirmed by StreamerBans on Twitter, Ross' Twitch account has been banned for the seventh time, however, no direct reason was provided. Given the streamer's recent history, the ban could have been put in place for a whole number of reasons. However, only a few days ago, Ross attacked Twitch for selectively backing certain content creators, while not supporting others, like himself.

"Twitch has never followed me, they don’t put me on the homepage. Swear, they don’t follow me,” said Ross on an episode of the Full Send Podcast (thanks, Dexerto). "Why is Kai, myself, xQc, Speed, why are we not being offered multi-million dollar deals?" he continued. "But here’s what Twitch is doing with Kai: Twitch is putting Kai on homepage, they’re tweeting at him, and following him. It looks great, right? Cool, that’s showing fake love, why is he not getting a multi-million dollar deal?”

While these comments directly attack Twitch and its business decisions, it is in no way confirmed that they are what got Ross banned. It could very well be a combination of reasons, or a totally separate incident all together.

As for his interview with Kanye West, no date has yet been decided upon, but it's not hard to imagine what West will say. This is the same man who even Alex Ross found a bit too extreme when he appeared as a guest on his podcast, saying, “I see good things about Hitler. Every human being has something of value that they brought to the table, especially Hitler.”

Hopefully, Ross' ban means that there's one less avenue for West to spew his garbage. However, Ross is a pretty big name for Twitch, and his earlier bans have been overturned in the past.