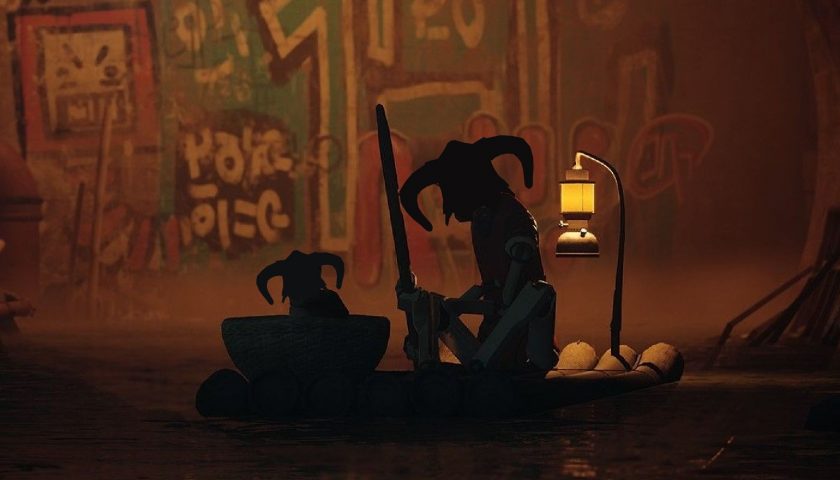 Stray is about a little cat on a little adventure and that's enough to melt the internet's heart, but it's also full of references for keen-eyed fans. You can find nods to Half-Life, Back to the Future, and Skyrim. Just don't expect any Khajiits.

There's a subway you can wander into that has a crowbar on one of the seats, a subtle reference to Gordon Freeman. Every main Half-Life game except Episode 1 starts on a train, whether it's the tram ride through Black Mesa, the entrance to City 17, or the crash as you escape the Combine capital. And Freeman's signature weapon is, of course, a crowbar.

Then there are a couple of Skyrim ones—you can find a robot called Jenkins who says, "Some may call this junk. Me, I call them treasures." That's dialogue ripped right from the merchants. You can also find an NPC called Sojiro who says, "Until I took a screwdriver in the knee, and it's closed now." Sadly, there's no "Khajiit has wares if you have coin."

One player even found the Gravity Falls journal among a collection of other books, only the hand has been swapped out for a paw.

Back to the Future gets a cheeky little shout-out from a robot in a white labcoat called Doc who says, "This baby needs 1.21 Gigowatts to work, and the only thing around here with that kind of juice is the Generator outside the house" (thanks, GamerGuides).

But if adult cartoons are more your thing, there's always Duffer Bar with a slumped-over drunken robot, almost certainly a nod to Homer and Duff Beer from The Simpsons. 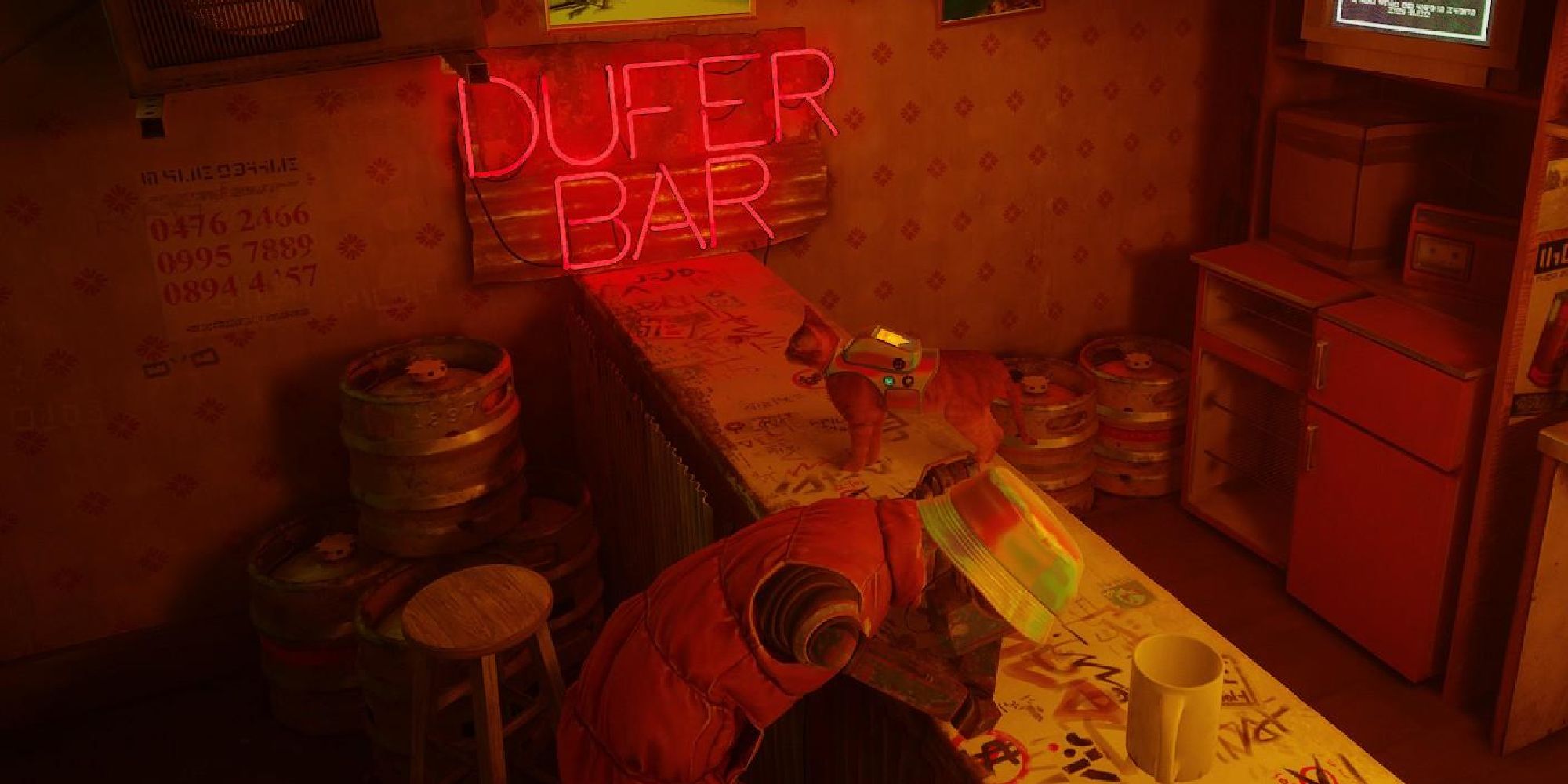 Moving away from pop culture and into infamous criminals, there are nods to Al Capone and Pablo Escobar in Stray's jail chapter. You can find a yard with two robots called Pablo and Capone. Just be careful not to wind them up too much, eh?