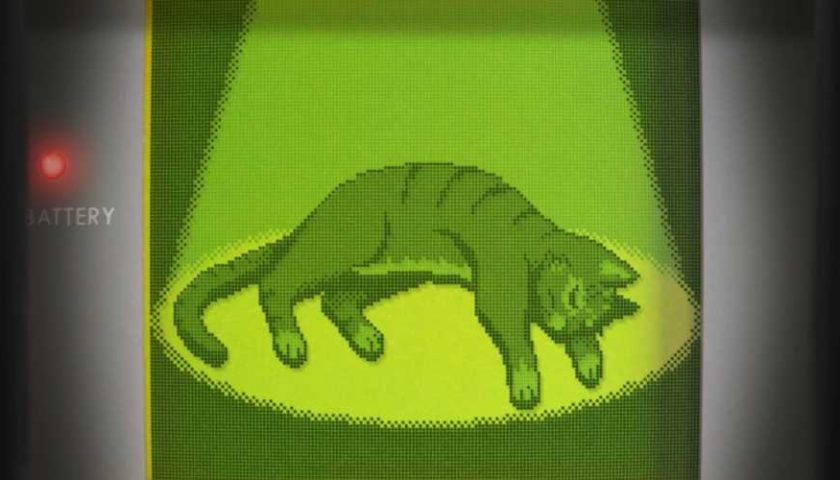 According to our review and many other publications, Stray was great. It was a bit short, but who could help but fall in love with playing as a little orange tabby lost in a world controlled by robot people? It was the concept of the century, and it may yet make it on people’s game of the year lists.

But what if Stray didn’t come out for the PS5 and PC last summer and instead came out way back in 1995? Then we’d probably have wound up with a title that looked something like 64 Bits’ latest video on YouTube.

In case you’ve never seen 64 Bits, they’re a collection of animators from the Netherlands that take popular modern titles and imagine what they might have looked like had they been created decades earlier. We’ve already seen Elden Ring for the SNES and Mass Effect for the Game Boy Advance, but Stray’s simplistic gameplay makes it perfect for the original Game Boy.

Stay on the Game Boy basically goes from being a 3D exploration game with some light combat elements to a 2D platformer. The game starts with the titular stray in the sewers with their family of kitties before our hero falls into a sewer system for a bygone metropolis. Just like in the modern title, the stray is then attacked by Zurks–bizarre alien-like creatures that are actually enormous evolved bacteria and one of the few non-plant creatures (other than cats) that still exist on the planet after an ecological disaster.

There are only three levels in the short video and they generally follow the plot of the game, eventually meeting B12 who will then give the cat a harness with a backpack. It's a shame that the video cuts out with the cat meeting their first robot citizen who plays us out with an 8-bit guitar solo.

My only complaints with the Stray demake are the same I have with the original, that being it's a little too short, the level design is fairly linear, and there needs to be a bit more action. I'll give 64 Bits credit, they did at least spend special attention to the cat animation on their demake.