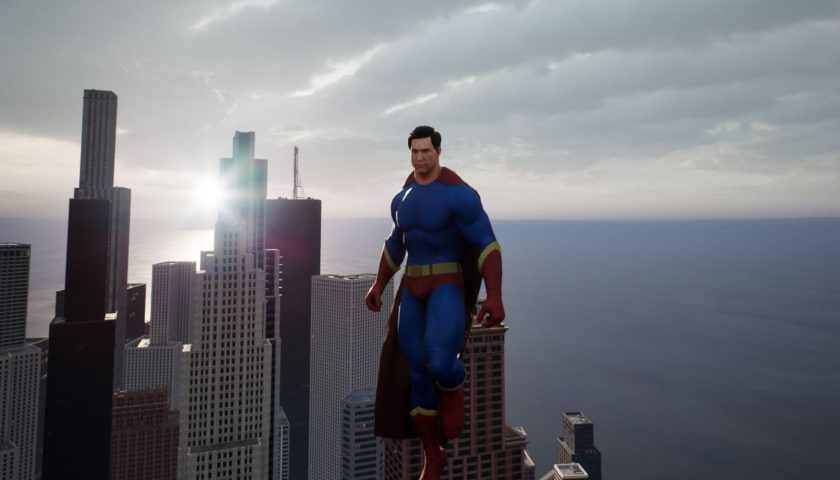 Back in May, we reported on a fun fan-made demo for an open-world Superman game. Made in Unreal Engine 5, Superman Style Flight Experience can be downloaded on itch.io, with creator Tyson Butler-Boschma making it available for free. However, a Steam user has exploited this, uploading it to Steam and passing it off as their own game, charging £9.29 for the demo.

Despite numerous complaints and reports, Steam is still allowing "Heroes City Superman Edition" to be sold on its storefront. On top of this, publisher Hero Game Studios is copyright-striking Butler-Boschma, putting his YouTube channel at risk.

As reported by Insider Gaming, Butler-Boschma filed a DMCA takedown on November 7, but is yet to hear anything back from Steam. In the meantime, Hero Game Studios is using the opportunity to harass the original dev, accusing him of copyright infringement on YouTube.

For its part, Hero Game Studios has little to no online presence. It started tweeting images from Butler-Boschma's game on September 27, but has not shared anything since. Even though it's copyright striking Butler-Boschma's videos, its own YouTube channel doesn't have any uploads. It's also worth noting that whoever created the accounts misspelt the company name on both Twitter and its personal website.

According to Insider Gaming, the "studio" is claiming that Butler-Boschma used to work for it, and is now trying to “keep everything for himself.” There is little evidence to suggest this, however, with Butler-Boschma having shared the project online long before Hero Game Studios even appeared to have an online presence. There's also the fact that the dev is letting the demo be downloaded for free, whereas the company is charging for it.

It remains to be seen if increased publicity encouraged Valve to act, but this once again raises questions about Steam's content moderation when it comes to indie games shared on the platform. So far, Butler-Boschma has been waiting a week for a reply, with Steam's inaction allowing Hero Game Studios to abuse him through YouTube's copyright claim system.