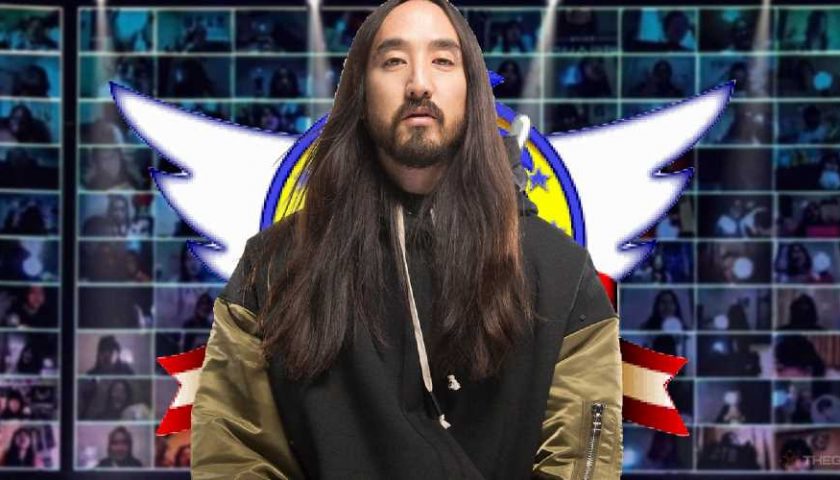 Sonic's 30th anniversary celebration just keeps on rolling. Superstar EDM artist Steve Aoki is collaborating with Sega to host a virtual Sonic the Hedgehog concert at the end of this month.

Steve Aoki, known for creating "A Light That Never Comes" with Linkin Park, will perform a 60-minute set that consists of his original songs and remixes to fan-favorite tracks from the Sonic series. This will include classics such as "Green Hill Zone," "Chemical Plant Zone," and "Stardust Speedway" in a virtual environment that recreates the landscapes from the Sonic universe. The concert will be streamed on the official Sonic the Hedgehog YouTube and Twitch channels on November 30, which just so happens to be Aoki's 44th birthday.

The famed DJ spoke in a behind-the-scenes video about how he has been a Sonic fan from the very beginning, playing the first game on the Sega Genesis (Mega Drive for international fans) as a kid. He also gave us a tease of what to expect from the show.

"When I'm playing a virtual show, I have to really play inside my head," Aoki said. "When I have a live show, I see a crowd in front of me, and I vibe off that crowd. So, when I do a virtual show — and I've gotten pretty good at it because, during COVID, I did virtual shows — I create a fantasy world. It's literally, you're creating a fantasy world in your head of what you imagine people are seeing."

Aoki's virtual Sonic the Hedgehog concert is the second official musical act in five months, following on from Sonic's 30th Anniversary Symphony. This gathered all kinds of musicians, from classical composers down to rock band Crush 40, to play a medley of Sonic's greatest hits on the Blue Blur's birthday. Because he was playing with green screens behind him in the footage, there's no telling if the DJ will appear as his live self, or if he'll be transformed into an animated character like Post Malone was for his virtual Pokemon 25th Anniversary concert back in February.

Either way, you can catch the show live for yourself next Tuesday, November 30, 3pm Eastern Time.