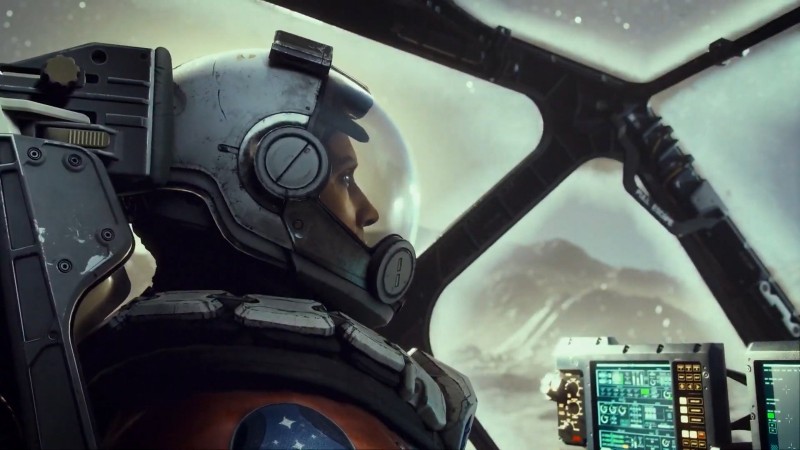 Starfield has been an enigma wrapped in a mystery wrapped in frustration, but Bethesda finally revealed our first official look at what the space game will have to offer during the Xbox E3 2021 showcase. We’ve learned a little bit about the new IP since its first reveal back in 2018, but mostly background information about the engine and assurances from Todd Howard that it is – in fact – a thing. Luckily, E3 2021 is that magical time, and we’ve got a new look to obsess over for the next year.

Bethesda escewed its usual BethesdaLand celebration for 2021 to team up with Xbox. After the acquisition of ZeniMax went official earlier this year – the parent company to Bethesda, id Software, and other dev studios – the two companies paired up to celebrate the year ahead together. What better way to do just that than to talk Starfield.

In the video below, the setup is very dramatic and honestly makes me remember how much I wanted to be an astronaut when I was a kid. After correspondence is heard, the trailer opens up with one lone astronaut walking up to his team, setting down his weapon, as part of the “Constellation” family. “The key to unlocking everything” is the root of this game, according to the video’s narrator, but what’s really interesting is how stunning the trailer looks. While this is obviously cinematic, it looks expansive and with a ton of potential.

While fans have been understandably frustrated at such an early reveal, Pete Hines and Todd Howard have been very transparent about this title was early on in its development since it was revealed. They have also been very clear that it was only shown off so prematurely in order to assuage fan worries that they were abandoning single-player with the reveal of Fallout 76. That being said, it is nice to finally get something more concrete, especially now with the additional resources that the acquisition has to offer.

Starfield officially launches next year for Xbox and PC players on November 11, 2021.

What do you think about the Starfield reveal? Do think Bethesda’s new space IP can live up to the hype, or do you think that the studio should just focus on known staples right now following Fallout 76? Sound off with your thoughts in the comment section below! Be sure to also check out our dedicated E3 2021 hub here to catch up on any other E3 news and watchalongs that you may have missed!