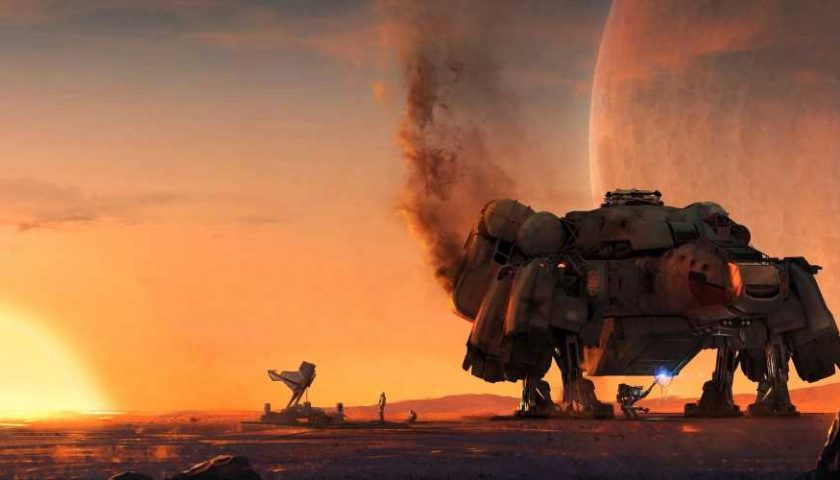 Robots have been a fixture of fiction ever since the concept was popularised last century, with movies and TV shows of the 1980s and 1990s helping to fix the electronic helpers in the popular imagination. Bonus fact: 'Robot' comes from the Czech word robota, which means 'forced labour'. In video games meanwhile, robot companions that come to mind include Ratchet's buddy Clank , Fallen Order's BD-1, Borderlands' Claptrap, and Half-Life's Dog, while Jack from the Tekken series comes in various forms as a playable character. Now, to add to this list, the hotly anticipated Starfield has shown off its own forthcoming robot.

In a behind the scenes video, Starfield's devs introduced VASCO, a bipedal robot that is "Constellation's very own expeditionary robot". Starfield's lead artist Istvan Pely revealed more details about VASCO, and its role in the Starfield universe, alongside concept art.

Pely said VASCO is a "reliable companion that an intrepid explorer like yourself can depend on" especially since it has "defensive capabilities should the need arise". From the imagery shown it looks like VASCO may help players to lug around gear and could offer some protection since its right arm hides a rifle of some kind. This is speculation though as actual gameplay of how VASCO might be used hasn't been shown.

But the robot is a "utilitarian, heavy industrial machine well suited to the rigors of space travel", which probably means Starfield players are likely to see many of these machines in the game considering the spacefaring concept of Starfield.

While the likes of movies and series such as Star Wars, Star Trek, Battlestar Galactica, and Blade Runner have introduced robots, androids, replicants, synthetics, and cyborgs to a wider audience, their appearance in video games as wholly unique creations isn't quite as memorable, although mascots such as Clank and the lovable BD-1 are exceptions. Meanwhile, the hype for Starfield is steadily growing as Bethesda drips more details behind its creation, with its lead writer and designer talking about his range of influences, and images from a 2018 build shown off.