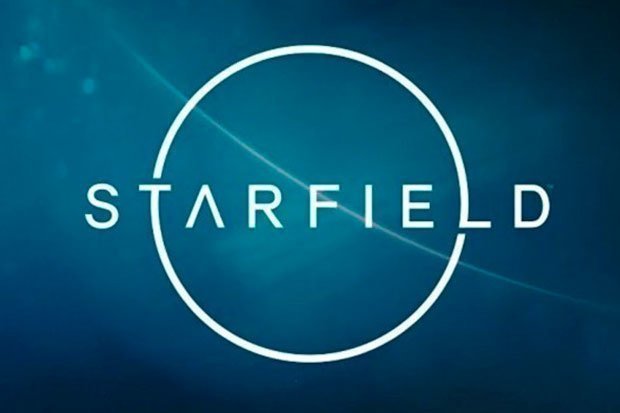 Revealed through a short clip at last year’s E3 conference, upcoming Bethesda sci-fi game Starfield seems to be a significant way into its development.

And that’s exciting given that Starfield is the first new Bethesda IP in an astounding 25 years, following on from such gaming staples as Elder Scrolls, Fallout, Doom and many others.

Todd Howard (executive producer at Bethesda studios) recently announced that Starfield was in a playable state, which suggests that a significant chunk of production has been completed by the dev team.

Additionally, Bethesda has just posted a job listing for a voice designer to join their team. The job of a voice designer is to source dialogue performances for Bethesda’s future games, including Starfield and Elder Scrolls 6.

Because Elder Scrolls 6 is still in pre-production, it’s highly likely that (at least initially) the primary role of this job will be to work on Starfield.

Frankly, Bethesda is known for its pretty shoddy voice-acting work in previous games. But this job listing shows that the studio may be putting more focus on the importance of performance in Starfield.

All of the above suggests that Starfield is doing well in its development cycle, but it’s still unlikely that fans will get their hands on the game anytime soon.

Bethesda has already announced that Starfield won’t be at E3 2019, and neither will Elder Scrolls 6. So, although development seems to be making steady progress, it may still be a while until we see gameplay footage.

Is it possible that we won’t see Starfield until the release of next generation consoles?

Rumours suggest that these games will be released during late 2020, which means at next year’s E3 Starfield may take centre stage of Bethesda’s showcase for a next-gen release.

An interview with The Telegraph recently delved into why Bethesda announced Starfield and The Elder Scrolls VI as ‘next-gen’ titles.

“It was a couple of things,” replied Bethesda’s Pete Hines – Vice President of Bethesda Softworks – when asked why now was the right time to announce these ambitious games.

“Number one we were honestly a little tired of being asked about Elder Scrolls VI. And the Starfield trademark filing and dancing around those things. Elder Scrolls VI we didn’t really dance around, we said ‘yes we’re going to do it but there are two games to come first’.

“But that didn’t really catch on and we still had people asking when are you going to do it. And part of it was because Fallout 76 was a departure for them and saying ‘look, we want to try something very different than what we’ve done before’.

“We want to make it very clear to folks that this isn’t what all Bethesda Game Studios look like now. The next game we are making is Starfield. It is a new IP, it’s a single-player role-playing game that folks understand. And then we’re going to make Elder Scrolls VI.

“They understand the context that this is something different but we want to try it. You guys are constantly asking us about multiplayer and playing with other folks, so we want to try that. But then we are going to go back to something you know us better for and we’ll get around to The Elder Scrolls VI.

“It just helps paint a better picture and a road-map for what’s next and what that’s going to look like. Even if that doesn’t come with a date of when that game is going to come out or when we’ll show it to you.”