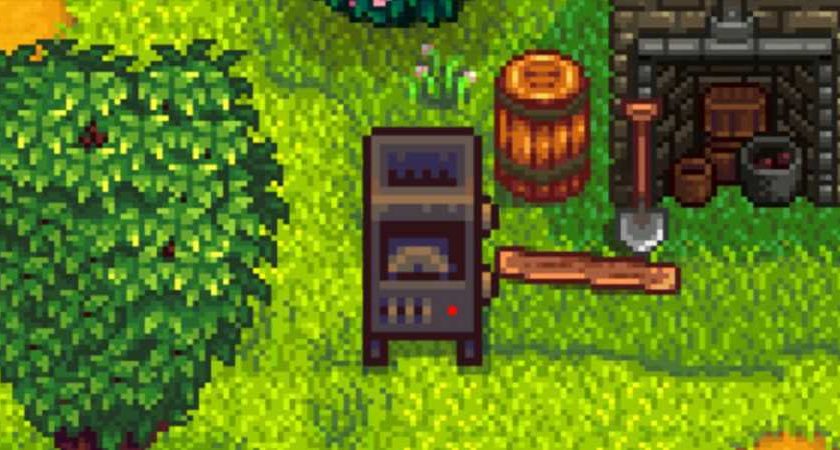 One of the many great things about Stardew Valley’s 1.5 update is the number of new machines added, such as the Bone Mill and the Auto-Petter. These machines improve quality of life drastically, saving time on petting animals and getting more out of the many fossil items you find during your farming career. If you’re a big fan of the fighting and mining mentioned previously, you may find the Geode Crusher a worthy addition to the collection of machines on your farm.

What Is The Geode Crusher?

The Geode Crusher is in the category of refining equipment, as it technically turns what you place inside it into something else (e.g. a Charcoal Kiln turns 10 Wood into 1 piece of Coal). The machine will open any type of Geode, though it takes 1 piece of Coal to operate and will take 1 in-game hour to complete the process.

It acts as an alternative to going to Clint’s Blacksmith shop to have him open them for you for 25g each. This is useful for players who make trips into the Mines and Skull Caverns often and find themselves with an abundance of Coal and Geodes. Unfortunately, the Geode Crusher cannot open Artifact Troves, so Clint isn’t completely obsolete.

The Special Order Board 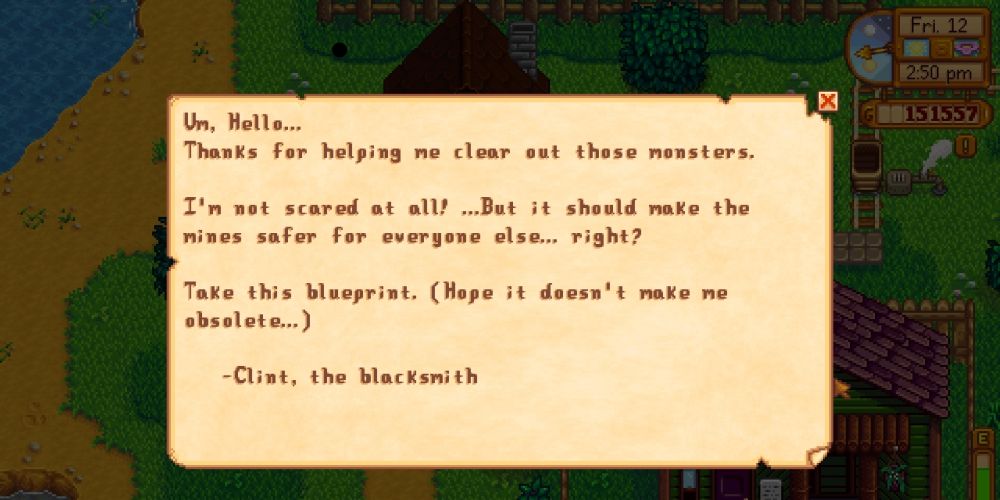 Just like the Bone Mill or Solar Panel items, the Geode Crusher requires you to complete one of update 1.5’s new quests from the special order board. This board becomes available after witnessing the cutscene of Mayor Lewis putting it up in front of his house, which can occur in town any time after Fall 2 of Year 1. The board will cycle through different requests from townsfolk who want help, whether it be shipping more of a certain crop to delivering items to a particular spot.

Each quest is time-sensitive. After completion, you’ll probably receive a letter from the person you’ve helped out along with a gift/recipe in thanks. If you can’t obtain all of the items necessary for the quest but you’ve already donated some, you’ll be able to get them back by looking in the Lost and Found box in Mayor Lewis’ house. 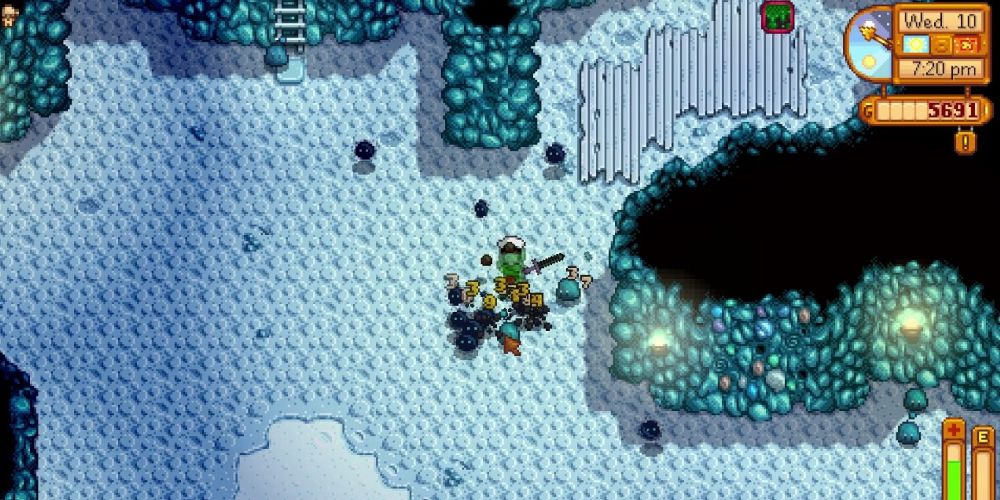 Clint’s quest is called “Cave Patrol” and it’s actually repeatable, so you can complete it as often as it pops up on the special order board. The monetary reward isn’t so great (only 6,000g) but the reward of getting the Geode Crusher recipe makes it worth doing at least once. Clint asks you to make the Mines safer for other people by getting rid of some of the monsters. You’ll get 7 days to slay 50 of a certain monster, randomly selected from 4 types.

Once you’ve killed the 50 monsters needed while the quest is active, you’ll receive a letter from Clint with the recipe for building a Geode Crusher attached. The recipe is 2 Gold Bars, 50 Stone, and 1 Diamond — pretty simple to acquire if you’re in the later stages of the game. You’ll be able to crack open all the Geodes you find in an hour if you have enough machines. Thanks for making your job less useful, Clint!